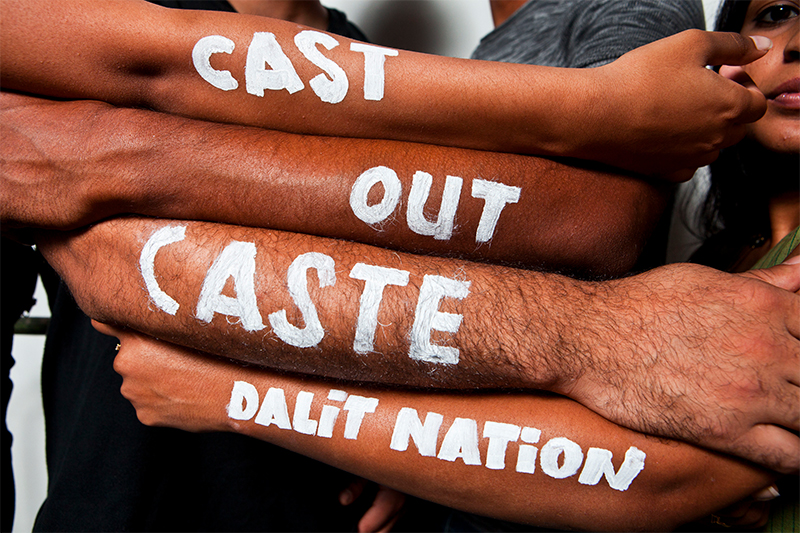 Ours is a country that has long prided itself in its multiculturalism. But, there still exists an invisible line called caste that mentally segregates us Indians from one another and has become one of the biggest flaws that cannot be rectified easily.

The word ‘Caste’ doesn’t have an exact definition. It just came into existence for easy identification of people but ended up as an apartheid. It is said that the caste system in the early Vedic period was flexible; meaning a Brahmin’s son could become a Shudra upon his will and vice versa. Caste back then was determined based on the occupation of a person, not by his birth. But with time, the upper caste established their hegemony over other castes and subjugate them for their vested interests. Thus born is the caste system as we know of it today.

Quoting Lord Krishna’s words to Arjun in ‘Bhagvad Gita’, “I have created this fourfold order (4 Varnas or castes namely – Brahmins, Kshatriyas, Vaishyas and Shudras) based on the aptitude/quality of an individual and their action”. It is clear that the roots of the caste have a different meaning while the people today have wrong notions about caste in society.

Even when our ancient texts emphasized that our comprehension of the caste system is highly misplaced, they are gone highly unnoticed. People started holding on to the roots of the caste system brought out by ruthless upper-class, rather than the one prescribed in the holy texts. According to them, a government employee’s heir is entitled to such job and a politician’s kid, a politician. Absurd be that as it may, that’s what is followed till date. For it’s in the interest of the wellbeing of elite and a great affliction to the rest.

This gives a rise to a number of questions that needs to be answered for the good of our society. Despite so much data available in our ancient texts, why is it so difficult for civilized and educated people like us to understand the futility of the caste system? Why is a deplorable thing like untouchability still prevalent in a country that aspires to join the elite club of nations in a few years from now? Why the questions of purity and insanity of a person are connected to a string called caste?

Why are certain sections of people barred from entering religious places? Why is a thing as simple as an inter-caste marriage still considered a taboo? Why do honour killings still take place and couples are disowned for marrying outside their caste? Is the fear of tarnishing image in society greater than humanity?

Many people including philosophers and thinkers tried to come out with plausible questions for these questions. But no one could ever reason it well enough. It’s a pity how the humanity has sunk so low that it gives a greater merit to a figment of someone’s imagination but discredits rationality.
Does the caste of a person simply makes someone less intelligent or less capable to work? The answer is an emphatic no!

Caste differentiation has been ingrained in most of the people right from their childhood. They learn to look down upon people from the castes lower in the social hierarchy. Calling names, stereotyping people according to their castes, mocking individual’s personal habits in the name of caste, etc. Is still very much prevalent in our society. And lest we dare forget, our politicians have ensured to repeatedly remind us by emphasizing the castes to garner votes. And naive as most of us are, we get swayed by that and vote for a candidate not based on their credentials but their caste. We bite the bait laid down by the politicians and what happens is not the elimination of this evil system, but deep rooted hatred and alienation of one group from another.

The recent elections are no exception to it. However, what should have ideally happened is that caste should have been put to a back burner with each passing election, instead the reverse seems to be happening. Caste based bonhomie appears to be more rigid and pronounced than ever.
It is upon us to take the initiative of cleansing society that is ridden with caste differentiation. There is a famous saying that goes, ‘Charity begins from home’. So, we’ve got to cleanse our minds first, and then help others. Change has to start from one person and then can be transmitted to others.

We dream of building roads in space and strive to touch the moon and the planets. We talk of development and modernization. We discuss about eliminating poverty and raising the standard of living, but we forget that until our society by and large continues to differentiate and subjugate people along the lines of castes, all our advancements in other spheres would be but a hollow victory.