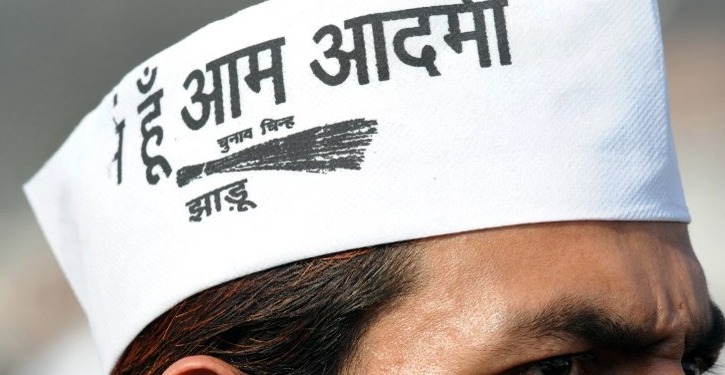 India is the world’s largest democracy with 540 million people participating in the elections of 2014; it was truly a political Maha Kumbhmela. Every five years, the citizens of India exercise their right to vote and choose their leader in a spectacular manner.

Yet, it is surprising how a large portion of the electorate claim to be apolitical. These people are either not aligned to any political organization or believe that the entire political machinery is corrupted beyond the limit.

During the election campaigns of 2014, I came across a band of youth from my village. With their marijuana engraved pendants, Bob Marley T-Shirts, and bright-colored pairs of shoes, they were the representatives of a particular brand of youth that idealize the Reggae culture (Even though some members of these bands believe that the leaf engraved on their pendants is the Tapioca leaf).  In a conversation with them about the political system of India, I came to know that they were Apolitical, and that most of their accusations on the Ruling party were actually the ones that the Opposition Parties had brought into media attention. It was fascinating to see such self proclaimed apolitical beings promoting the propaganda of the opposition.

What is the true sense of being an Apolitical? It actually means denouncing allegiance to any political ideology or party. But, is it really possible to be Apolitical?

In a democratic country like India, where even the film stars become political icons, it is impossible to be Apolitical. An Individual, whether rich or poor, educated or uneducated is always guided by a moral conscience, an ethos by which he lives. This ultimately reflects on his political belief as well. A staunch believer of Gandhian philosophy cannot align himself with a revolutionary and often extremist leftist party. Similarly, a Maoist can neither confine himself within the framework of non-violence and multiparty democracy nor be an activist of a narrow minded, non secular religious group. Diversity is nature’s most exquisite virtue; it is an integral part of Indian politics as well. It is this diversity, which creates new parties by the day.

There was a time when a section of the Indian youth was not part of any political parties. They were simply deemed to be Apolitical. These youth never participated in any constitutional processes of the country and were harsh criticizers of the political folk.

But, the advent of ‘India against corruption’ movement in 2011 changed the entire political fabric in the country. An old Gandhi Topi wearing, non-Gandhian from the small village of Ralegan Siddhi was catapulted into political limelight that very year. Anna Hazare, a retired army truck driver shook the entire political wagon. He wanted the government to pass the Lokpal bill, thereby conceding to his demands for an Ombudsman against corruption. Several public figures like the popular RTI activist and the present chief minister of Delhi- Arvind Kejriwal, the first female IPS officer of the nation- Kiran Bedi, etc. rushed by his side to aid him in his war against corruption. It was ironic that a man who hadn’t allowed elections to be conducted in his village for two decades had become the face of the movement which stood for constitutional and democratic reforms. However, the youth had found their role model. They thronged at the agitation sites.

Later, when a member of the IAC Mr. Arvind Kejrival went on to form the Aam Aadmi party, majority of the youth associated with the IAC followed him. It was this youth power that toiled day and night for the AAP bringing them the glorious victory in the Delhi assembly elections of 2015.

It is to be noted that most of the members of the AAP came from the aforementioned class of apolitical youth. Most of them were either attracted by the AAPs ideology or its leader’s charisma. What it depicts is the fallibility of a person’s claim to be apolitical.

An Indian is political by nature. Just because a person is not affiliated to any political party doesn’t mean he’s apolitical. It means that he is just not attracted to the current parties and their ideologies. He or She will identify the dormant political being in them one day, when a new leader or ideology conforms to their moral conscience and social views arises.

It’s not too far a day, when the people of this great nation discover their inner political being, thus bringing out radical changes in the political atmosphere molding this great country into the nation that our founding fathers envisaged.