We are living in exciting times. No, I am not talking about the terror strikes, the noisy budget session in our parliament, the stock market crash or the US elections. Something really exciting is happening in the skies, which are being termed as the most important discoveries in astronomy in a century! For a change, Indian astronomers are involved in two of them – meteorite death and gravity waves! 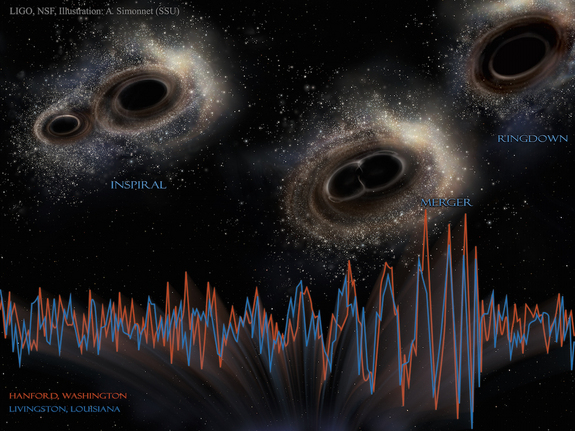 A global network of 900 scientists named the ‘LIGO Scientific Collaboration’ has announced the discovery of gravitational waves. LIGO, which stands for the ‘Laser Interferometer Gravitational-Wave Observatory’ based in the US, has been studying the existence of gravitational waves for over a decade. Typically, energy is transmitted through electro-magnetic radiations such as X-rays, gamma rays, electricity, etc. This is the first time we are detecting that gravity can transmit energy as a wave, says Dhruv Paranjpye of Akashmitra, the Association of Amateur Astronomers in Pune.

Gravitational waves are the result of any disturbance in the fabric of space and time caused by an accelerating mass. These waves cause ripples in the fabric of space-time continuum, making it and contract. Does that mean that every time we run or dance, we are distorting the space-time around us by causing gravitational waves? Well surprisingly the answer is yes, says Tanmaya Dash from the Space Technology Students Society, IIT-Kharagpur.

Over a century ago, Albert Einstein had postulated about gravitational waves saying every mass causes a dip in the space-time continuum and every time this mass accelerates, it sends out ripples at the speed of light in all directions. So yes, each one of us can cause a dip in space and time and we do send out ripples, but they are extremely tiny to be detected. So how were these gravitational waves detected? Tanmaya Dash says in order to detect gravitational waves, we need something enormously massive that is accelerating at an extremely high rate. Scientists at LIGO found that an extraordinary event of two big black holes colliding a billion years ago gave a massive signal detectable by their machines.

Now, what does all this mean to the scientific community? Gravitational wave astronomy can open up doors for several new undiscovered phenomena in astrophysics, which can provide us with answers to the formation of the early universe. Further, there will be new ways to look at stars and space, and address the ultimate question: what happened before the Big Bang? Obviously, a few Nobel prizes could be in order! Indian scientist Prof. Sanjeev Dhurandhar from the Inter-University Centre for Astronomy & Astrophysics (IUCAA), who is a pioneer of gravitational wave research, is a strong contender for a Nobel Prize. 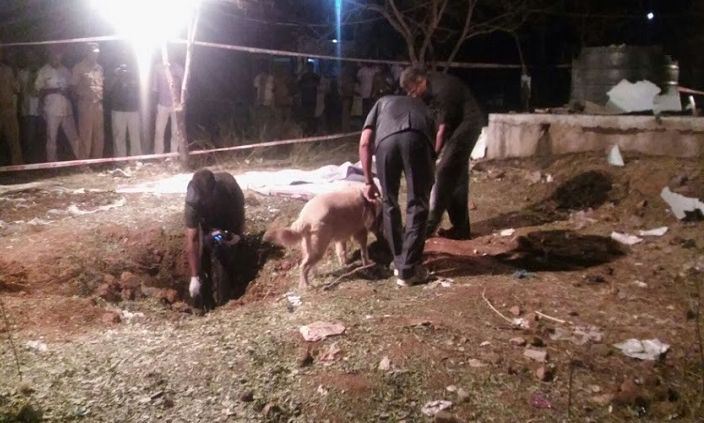 Normally, we commoners take such astrophysical issues with a pinch of salt, since they rarely affect our daily lives. However, here is some strange news that could jolt us from our slumber. Kamaraj, a bus-driver at the Bharatidasan Engineering College in Vellore died due to an explosion. Since there was no explosive material found at the blast site except from a bluish grey rocky object, experts believed it could be due to a meteorite falling from the sky.

Obviously, it is hard to believe that a person could die due to a rock falling from the sky. Scientists from the Indian Institute of Astrophysics state that there are other chances of it being space debris, or objects falling from an aircraft or part of a broken satellite that managed to enter the earth’s atmosphere. Dhruv Paranjpye states there is a virtual observatory in Italy that tracks asteroids and near earth objects in real time, which can help us find if there was a meteorite shower on February 6th, when the blast happened. If it is proven that Kamaraj was actually killed by a meteor, then that would be the rarest of rare deaths that happens once a century! 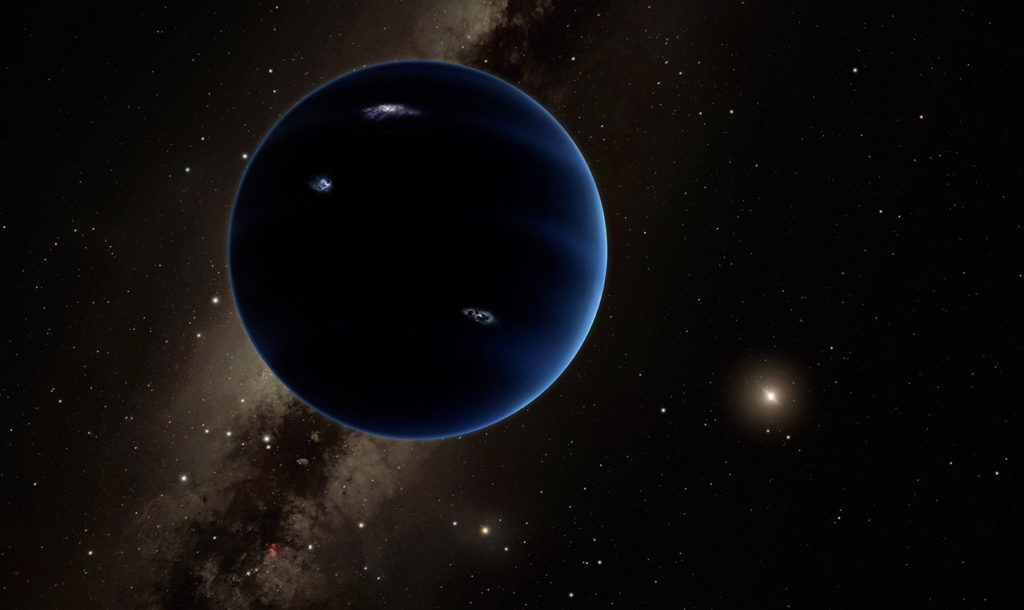 Scientists have now discovered a new ninth planet. Excuse me, didn’t we learn that Pluto was the ninth planet in our schools? Sorry, science syllabus changed a decade ago! In 2006, the International Astronomical Union ruled that a planet must meet three conditions: it must be in orbit around the Sun; must be massive enough to be rounded by its own gravity; and finally it must have cleared the neighbourhood around its orbit. Sadly Pluto didn’t meet the third condition and was demoted to be a dwarf planet.

Now a new candidate has emerged to take that position. Researchers led by Mike Brown at the California Institute of Technology (Caltech) in the US have found evidence for a new object nicknamed “Planet X” deep in the solar system. This hypothetical Neptune-sized planet is predicted to orbit our sun in a highly elongated orbit far beyond Pluto. The object is estimated to have a mass about 10 times that of Earth and orbit about 20 times farther from the sun than Neptune. This planet may take around 10,000-20,000 Earth years to make one orbit around the sun!

However, Dhruv says this finding is still a theoretical prediction that needs to be confirmed with an actual photograph of the Planet X. These findings are based on mathematical modelling and computer simulations of analysing the orbits of other distant objects in detail. It is too early to say for certain that there is a ninth or tenth planet in the solar system, as it is yet to be discovered via telescope. Ironically, Mike Brown is the same Caltech researcher who discovered there are many asteroid-type objects in the Kuiper belt beyond Neptune, which led to the demotion of Pluto!