Bitter truth of my life – Homosexuality

People say, ‘Time heals everything.’ Except in my case where time seems to have just stopped. Every morning when I wake up, I pray with a hope that it’s a bad dream. But, nothing seems to change. When I go out or interact with someone, I have a feeling of fear deep inside me ‘What if they find out? What will they do?’ My so called ‘normal’ life has got worse since the Supreme Court of India gave its judgment on IPC-377 Act.

It’s now a few months since the judgment came out and everyone seems to have moved on since then, whereas I am still stuck there. Neither I have a rebelling nature, nor do I have courage to live behind closet for the rest of my life. For people like me, it is hard to accept the fact that without committing any crime, they are criminals in the eyes of law. I still remember every second of that fateful day when this judgment came. 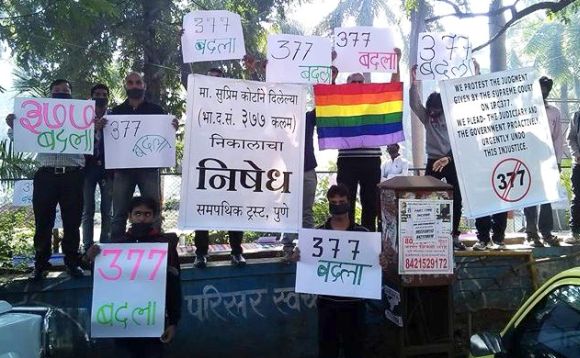 It started off as a normal day for me. I was ready with my assignments and had even started working on them. Just a few days back, I had happily participated my first ever Gay Pride March in Pune. The organizers of the Gay Pride March felt that the judgment will be in our favour. My dream of having a family and being accepted by society started to bloom again. I was knitting my long-lost dreams again with hope and happiness. Then suddenly, it all collapsed without warning!

The verdict came, but it was against us. When I saw the first web post stating ‘Homosexuality is illegal in India, says Supreme Court’, I was dumbstruck! I suddenly felt that I have been betrayed. After I got back to my senses after a while, I went through other news portals to read the entire report. I decided to ask my friends about their next step of action. Some said that they will revolt against the judgment, whereas some decided to move out of the nation. There were a few who didn’t do anything but were just speaking against the judgment. Soon, my social network site was full of updates against the judgment. People were talking about it in the open. Many said that they don’t need the authority’s permission to love someone. Many were gathering support for a march against the judgment. 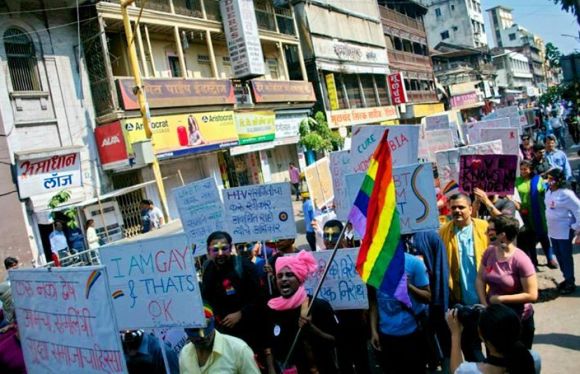 Gay Pride in Pune | Golnaz Malek
As for me, I had no option left. I could only see a dark passage, with no light at the end. I was just sitting at my home thinking about the possibilities as a result of this judgment. Ever since I became conscious about myself, I had decided that I will never marry a girl. There is no point in taking such step and ruining some else’s life. As I grew up, I realized about the problems we homosexuals face when it comes to acceptance in the society. I have met many people who openly support us but from inside, they still consider this as a sin. These people create hurdles in your life and you have no place to seek help. In many cases, either you commit suicide or you leave a life of misery. The only hope that comes along during such a situation is the law. 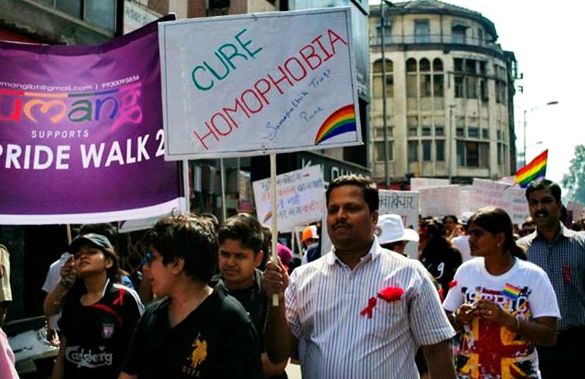 I understand that the law is not fully supportive when it comes to changing people’s mentality. However, if this law was repealed, to some extent, it would have been helpful in preventing unlawful activities against a particular community or an individual. That’s why laws such as anti-dowry, anti-child marriage and others exist. People fear that if someone complains, they may go behind bars for years, which brings down the number of hate crimes.
Similarly, declaring that homosexuality is a crime is like branding the entire homosexual community as criminal. It implies that if I am open to someone and that an individual can now complain against me that I am involved in homosexual acts. Even when I am not involved, I could be behind bars for nearly 10 years. Thus, having a law to safeguard our interest was important. However, instead of making the Delhi High Court judgment concrete to support the homosexual community, the Supreme Court decided to pull it back, making the entire community vulnerable. We had hoped to take a step further but then we were pushed 10 years back.

As a homosexual, it is not easy to go through this phase. Every day when I wake up and see myself in the mirror, I see a criminal. A criminal who has not looted anyone, nor committed any heinous criminal activity. I am a criminal for just loving a person who belongs to the same sex. I am criminal for simply expressing my love. I am criminal of dreaming of my life with a person I am in love with. It’s been more than a month and there is no change. All I can see is a dark passage that holds no future for me in this nation.