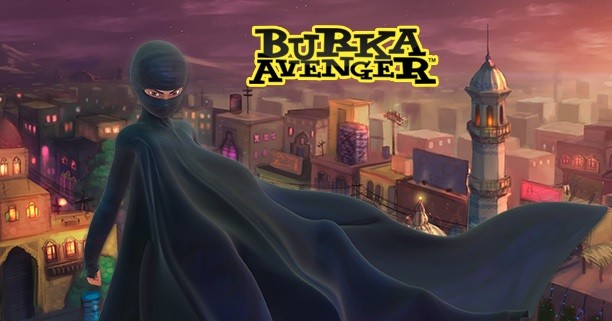 Burka Avenger has decided to merge into the group of cape and coif, midst the Dark Knight and the amazing Spiderman. Burka Avenger is a story of a young teacher named Jiya living in a small town in Pakistan. She has a secret to hide. An identity of a masked vigilante who aims to educate her female students and save her village mates from the rising enemy attacks. The super-heroine character of Jiya isn’t blessed with many supernatural powers, but is a master in Takht Karate. She uses this martial art to fight against all odds.

I recently viewed the trailer of this Pakistani TV serial, which seemed quite interesting and gripping. The storyline brings out both excitement and curiosity. A teacher by profession, Jiya takes the meaning of a pen being mightier than sword little too seriously. She believes a pen has a major role to play to win over her enemies. Even being trained in karate, her pen gives her the efficiency to perform all the odd jobs as the secret master. Her students encourage her to stand up against the wrong ones.

The magic comes in when she dons on her cape, the Burka. Oh! Don’t look puzzled, it doesn’t get stuck in between her legs; rather it makes her a free like a bird. The Burka Avenger can’t fly, but her modified burka helps her to swing from trees and glide over the mud huts of her small town. While the action sequences are quite hilarious, this funky portrayal of burka is a good reply to all those who question its need. This Pakistani animated series has raised serious apprehensions: is this clothing actually a state of oppression or does it help in creating a vigilante?

Many critics have questioned the need of burka in the show. But the answer is quite simple. The use of burka is as important as the mask of Batman or of Spiderman, who believe it will help them in safeguarding their secret identity. The Niqab or the Burka has strong opinions around the world. Some call it a clear mode of female oppression; while some have made it a feminist issue. Thoughts around the world about this clothing are changing, both in a negative as well as in a positive manner. Some regard it as a rule against feminist values and some call it a necessity. The major question: is it really an anti-feminist stay? 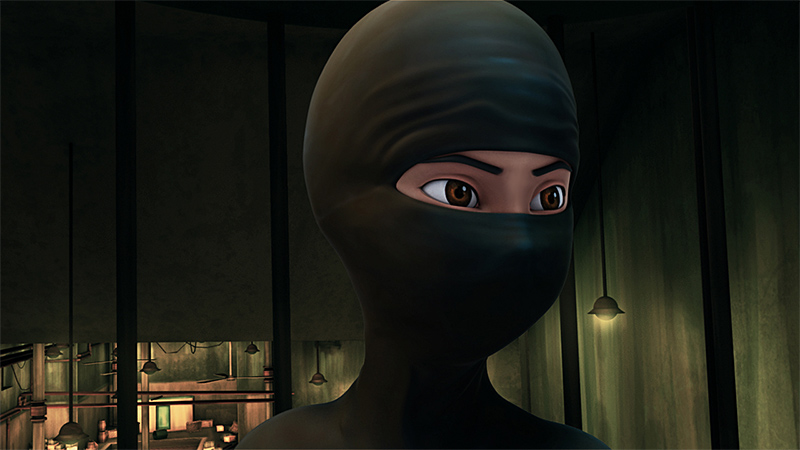 Not everyone discards it; many women take pride in following this culture. They feel their burka secures them, not just physically but also emotionally. Women deal with burka in a manner to rejuvenate their soul. They strictly take it as a matter of an offense, if people infuse it with feminism. In few matters, this burka doesn’t include a state of oppression. There a situations where women are compelled to follow these norms under the name of religion. Few extremists, which let the patriarchal ideas play the upper hand, have this belief in beating down appraisal of a woman and her emotions.

Have we ever tried reasoning with a woman who covers herself? A woman belonging to a backward class, who doesn’t have the strength to face its surroundings with an open face, regards burka as a good friend. She generates it as a mode of power and to challenge the society. A housekeeper, a less educated one, prefers burka to communicate. Where one degrades its use, many take it as a way to freedom. All of these women have situations, and all enjoy their burka to all possible extent.

Being born in a Muslim family, I and my sisters were always asked to cover our heads. It wasn’t an unpleasant doubt, but a continuous one. I have few cousins who do cover, like a full burka, which to some extent also tempted my father in requesting me don this avatar. Let me be clear, it was a request, which I did accept. But later due to medical reasons and due to Chennai weather, I was asked to remove it. My family never commented or forced me to follow it. My paternal grandmother, a woman we all look up to as an idol has believed in giving girls the upper hand, and made us believe that we are the stronger one.

The situations dealing with burka have different viewpoints. It is a piece of cloth for few, but for few it is a moment of glorifying. One cannot pass a verdict just by listening one side of a story. The creative head of the Burka Avenger show, Haroon Rashid mentioned that there is a message at the end of each episode. The show focuses majorly on the importance of education, especially to girls. Burka’s usage comes with the reference to the cultural background where even young children wear it.

We can easily take Malala Yousafzai as our role model of woman empowerment, but is it feasible to transplant her empowering ideas into the tiny brains of 5 and 6-year olds. The medium of animation has helped the show gain popularity, not just on a market level but also in breaking off the stereotypes of clothing. It is inspiring to observe a cartoon film, making people understand the larger idea, which initially seemed an impossible act.
————————————-
Image sources –
comicsbeat.com
burkaavenger.com/gallery