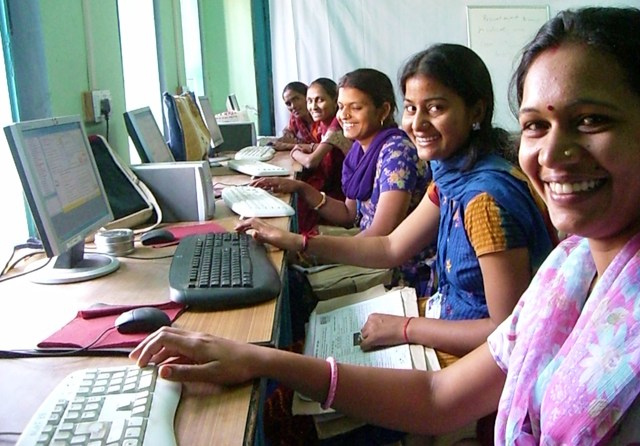 Sometimes a very negative experience turns out to be the most rewarding in the long run. It opens up amazing inroads and shows us the great possibilities in life that we never knew how to recognize. The challenges that women continue to face in the workplace similarly make them all the more adept at handling their multiple challenges. The day is not far off when career women will be appreciated solely for their work without attention being stolen by their appearance.

My friend recently faced a very tough and cruel experience at her workplace. Being pregnant she was not keen on travelling as much she had been for the organization. This made her appear to be unproductive to her boss who kept finding fault with her performance throughout her term and finally submitted a formal memo to her. She had become a liability as she was in the process of taking up the most important assignment of her life as a woman. This memo came just before her four-month paid maternity leave. Meant as a blow to make her resign, it instead made her take her organization to court. From being someone who had unquestioningly put in more hours than all her colleagues, she had taken on the entire senior management.

When we observe the career path taken by women, it does show hiccups and meanderings much more than that of their male counterparts. Although many of us who work in software MNCs would vouch for the complete equality that we have in our professional space, there does remain the fact that women do face more challenges and are not considered competent enough for leadership roles. Being the deal maker, smarter, faster and better than their competitors is still not appreciated in women. They get labelled as “aggressive” go getters.

My work on researching reasons for women’s attrition in my previous organization made me explore the discourse about the perils of women being careerists over homemakers. I found that professionally qualified women gave it all up to relocate with their spouses. I also learnt that there are few women in leadership positions. Women specifically faced challenges related to the stage of their personal lifecycle, assertiveness and incredulous as it may sound to you, age. Often enough, work domains are dominated by men and hence women are given the short shrift even if they have proved themselves to be careerists. However, most of the times, these particular experiences turn out to be preparation for the women for their more senior and plum posts. A probation of sorts!

It’s akin to a quiver full of arrows in terms of the skills and attitude that each of these experiences develops in women, and the various ways they can arm themselves to face the roles they need to play successfully. It did develop a new skill and strength in my friend. In some cases, women face identity crises sets when they tend to prove to be “not just men in skirts”. Communication channels generally get blocked and their contributions are less fully valued.

But nonetheless, all these challenges shape you. Someone as high profile as Marissa Mayer (CEO of Yahoo) was not spared and called “robotic and stuck up”, and “gender blind”, which clearly show the gender bias at work. However, that didn’t stop her from taking many tough decisions as a CEO. In fact, it helps to have these “professional jolts” early on in our career as it makes us strong enough to handle people and top management issues later on.

Are there any specific mantras or experiences that bring out the best among women? We need to develop our own set of skills and build strengths, and not shy away from challenges or our specific weaknesses. We also need to maintain our originality as best we can and not forget that there is no fixed pathway to the top. As more and more women join the professional ranks, there will clearly be an evolution in the way they are perceived. We need to decide what arrows we need in our case and how we can replenish the quiver as per the changing times!