Documenting Wildlife at its Best 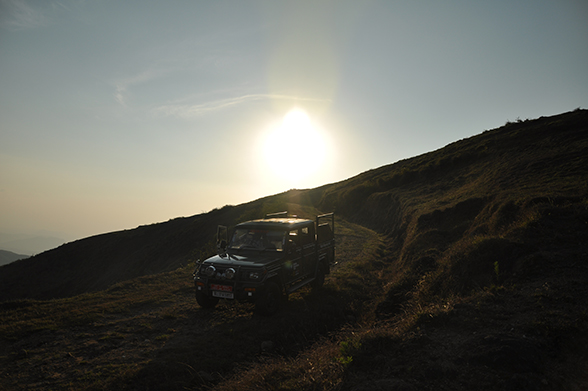 Our 4X4 vehicle was our lifeline

We have all watched on National Geographic or Discovery Channel how the lion hides in the yellow grasslands of Africa and leaps for its prey; a ferocious predator mercilessly tearing through the flesh of an animal. Or to see an eagle swoop down to the ground and catch its prey in its claws and fly back again. It leaves you in awe to be able to see these predators in their natural habitat. While such sights do look amazing and tend to gather viewers’ gasps, but it is, at the same time, a highly challenging task to capture such actions.

In the March of 2013, while I was still in Delhi completing my undergraduate degree, I got an enticing opportunity to shoot a documentary for the Government of Kerala at the Periyar Tiger Reserve. It was highly exciting, but we had absolutely no clue as to how tough it could be to make a wildlife documentary. The most important thing about documenting wildlife  is to capture action. Showing beautiful scenery and landscapes to the viewers over and over again can make them disinterested very quickly. To keep them hooked to a 30-minute documentary film, showing them some kind of action was a must. 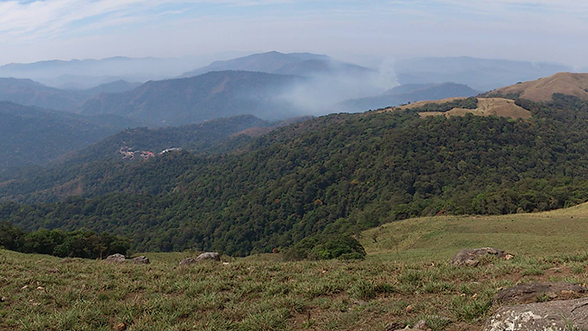 The biggest challenge that a wildlife documentary film maker faces is the uncertainty of spotting animals. You go with your camera into the forest, select a vantage point and just wait, hoping that animals would come there soon and give you a good shot. Such views are a rarity in such a vast expanse of forest. What is the probability of spotting even 1 out of 45 tigers in a jungle that is spread across 900 square kilometers?Pretty slim!

We had to divide ourselves into two groups, so that each group would go to a different region everyday and cover it. We would go in those open 4X4 vehicles (Mahindra Bolero or Thar jeep with open tops), standing with the cameras ready. However, to capture wildlife, it was important to be “one with the jungle”. Silently blend into the forest in such a way that our presence wasn’t even noticeable. That meant tens of kilometers of trekking every day. Any alien intrusion made the animals run away and leave the area in an utter silence again. 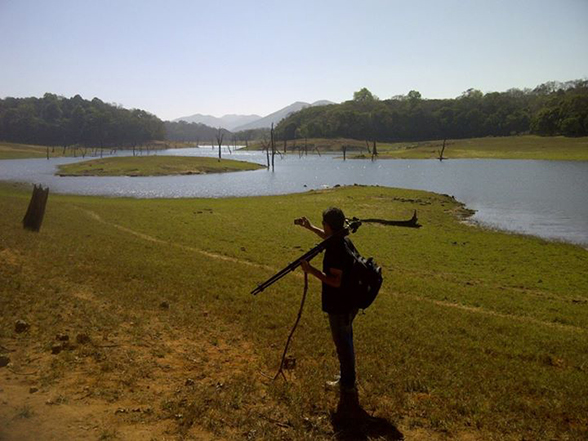 Trek along with heavy cameras

Remember scenes from Madagascar, the animated film, where a herd of animals would run and the whole ground would tremble? It’s not exaggerated! At one time, while exploring the forests, we found a herd of at least 50 Indian Gaurs (Bisons). There had to be absolutely no movement, so much so that every breath felt like a loud sound that might drive them off. Eventually, they did run away and the ground trembled as 50 beasts, each weighing around 900 kilos, scuttled away.
I spent a few nights with the 3 local forest rangers in tents in the middle of the jungle, a location 2 hours of boat ride away from Thekkady (a town in Kerala where we were based), and another 2 hours of trek from the boat. It was so deep in the forest that you could trek for hours in any direction and find not a single trace of humanity, but only dense jungles and wilderness.

Sitting around a bonfire in a pitch dark forest, we interviewed those rangers. The only source of light, apart from the fire, was the moon. In a black and yellow ambience, we sat down on the mats in the open jungle and set up our cameras. Joining broken English words and limping on Malayalam quite frequently, the rangers recounted their past as smugglers and poachers in these forests; about their lives when they would smuggle spices and tree barks, and hunt animals as tribesmen; and later how the government intervened and gave them jobs using these same talents to protect the forests. Today, they work for the wildlife protection from any human disturbances. After all, nobody knows the forests like they do! 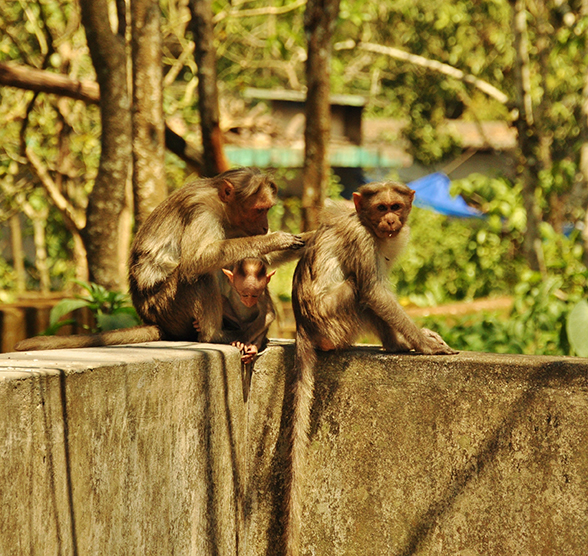 They were really brave old men, dressed in simple green uniforms and chappals (sandals), carrying nothing but a few oranges to quench their thirst and satiate their hunger. In contrast, we carried one backpack each filled with biscuits, chips, wafers and water bottles, while wearing expensive shoes and what not. Their unsophisticated mannerisms and the expertise of being a ranger was an arresting duo of qualities in them. One of them was called Baby by his colleagues, and he was quite the contrary of a man as his name would suggest! He was a short, dark guy with white hair, speaking broken English with a never-to-leave sea of calmness in his expressions.

A big advantage of being a documentary film maker is that you get to meet such diverse set of people, all with immensely interesting pasts that leave you dumbfounded. And then there is, of course, the travel; to a new place, a new adventure, new people and new cuisines. To make good documentaries, you have to do your research well and to do that, you have to live among the people, mingle with them, understand their customs and traditions, and experience their lifestyles. Believe me, I have ever since wanted to relive that experience; to once again go into the forests and tune myself to that rhythm!