Freedom of Speech – Do We Have it Really? 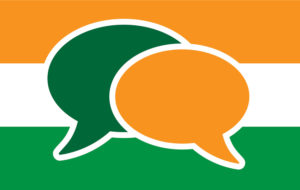 While browsing through my Facebook page, I came across a news story shared by one of the leading English newspapers in India. The headline to this news shook me and for a moment I was dumbstruck. It said that an IT official in Goa is arrested for making comments over out now PM, Mr. Narendra Modi. Really!

We are living in a democratic nation where every citizen is given certain rights. We Indians take pride in our lengthy constitution and its contents. However, a few of our fundamental rights, like Right to the Freedom of Speech, itself cannot be practiced with that given privilege.

One day, I was watching an American show, Boston Legal which portrays attorneys dealing legal issues in their city. In one of the episodes, two of the lead characters, Alan and Denny, discuss about the political parties and whom they support and cast their vote for. Surprisingly, the pros and cons of each were talked openly and freely without fear of getting arrested or questioned at. This was what ‘Freedom of Speech’ extended to in their country.

Whereas in India, a layman cannot even express his views in social media sites like Facebook. Maybe the phrase ‘freedom in chain’ applies here as we cannot even fully exercise this fundamental right of ours.

The recent Goa incident isn’t the fresh case. Few years back, two girls were arrested for commented about the cremation ceremony of Shiv Sena Supremo, Balasaheb Thakre on Facebook. These were mere examples of many such instances that happened when someone dared make a comment on politics, especially ruling parties, on their social networking pages.

As per our constitution, every citizen of India has got a right to express their thoughts and views on topics until their views are not provoking any riots. Unfortunately, this isn’t the case as the Government is constantly keeping a check on common citizens’ opinions; a little status update or a tweet questioning the system had to face the consequences.

We live in a nation where these rights exist only on paper. When one tries to be expressive, they may go through a lot of trouble. These rights are all governed by various political and religious parties. Post such incidences, people restricted themselves from expressing their views over the social networking sites. Because for all they knew, anything might offend these political parties, and they could land up in some trouble.

However, as a solace from such incidents, marking the victory of a common man in relation to that of mighty politicians and their darling parties, the Supreme Court of India, in its landmark judgement on 24th of March 2015 struck down the section 66A of the IT act. According to this section, the social networkers can be taken into the police custody if they post anything offensive against the political parties or the people involved on their Facebook walls or Twitter feed.

This judgement brought in happiness of many citizens active on social media, as it restored the freedom of their speech and expression on these huge digital platforms for communicating with the masses.

As the Press Freedom Day is observed globally on 3rd May every year, let us stride the path of speech and expression a little more gleefully as the Indian Judiciary gave us the real freedom on Social Media by striking the untenable section 66A off the Indian constitution.