Gandhism – A Philosophy or Reality?

Mahatma Gandhi needs no introduction. There are enough historical references, literature, anecdotes, incidents and experiences that have touched the lives of several people, not only in India but around the world. Gandhism is a well-known term too, considering that the ideas and ideologies of the Mahatma have been propounded over the years and been ingrained in our consciousness for long. The question, however, remains is whether they are being followed today. More importantly, are they even relevant today?

In India, Mahatma Gandhi is an iconic figure and is probably one of the first names to pop in our heads when we think about the Indian Independence movement. His philosophies and the way he educated and envisaged the people of the nation to build a county that was not only free from the shackles of foreign rule but also, from its knots and cuffs of inequality and societal evils are legendary. Yet, despite the outward reverence and significance that we all give Bapu, are his ideas and thoughts given the same pedestal and importance? Here, we take a look at some of the points that we identify as Gandhism, and how much these ideologies are still a big part of the way post-independence India behaves and sees itself.

Satya or the truth is a value found in many religions and one of the fundamentals of Gandhism. It means being true to your thoughts, actions and speech. Satya is often extended to Satyagraha, a significant highlight of Gandhism. The meaning of Satyagraha is holding onto truth, which in this context not only means being honest but also, practising non-violence, fearlessness, equal respect for all, the value of labour and economic techniques, such as boycotting foreign goods.

Non-violence or ahimsa is of paramount significance, though it does not mean cowardice or passive resistance. Gandhi was a staunch believer in never using non-violent means to address any conflict or differences between people, nations, races or even religion. ‘An eye for an eye makes the world blind’, is a definite message in the direction of ahimsa. Almost all of his protests included non-violent means, such as the Civil Disobedience Movement, Non-Cooperation Movement, fasting and so on.

Gandhism also incorporates not only the philosophy of living but also the practicality of it. Being self-sufficient also meant producing products domestically and banning imported goods to boost the struggle for independence. However, Gandhi’s way of living was extremely simple, as he abstained from drinking, smoking and after a certain age was also a brahmacharya or celibate. He initiated the concept of the homespun khadi, which was also a protest against the British cotton industry.

So the question today is whether the citizens of this country are anywhere nearing the ideology of Satyagraha, Ahimsa or Self- sufficiency?

India ranked the 78th least corrupt nation out of 175 countries of the world, and it is no secret that lies, opportunism and favouring the powerful have long been the way independent India also works. Yet, there is hope, because irrespective of politics and power, the people of the country are still relatively grounded to its culture and hold religion and moral values at an exalted position. This is probably why many auto drivers return money and valuables left behind by customers, educated sons and daughters of villages go back to their roots to better the collective standard and individuals don’t succumb to distorting the truth even at the expense of lifetime imprisonment. NGOs continue to rehabilitate defaulters; organizations teach skills to victims to better their lives and parents are finding reasons enough to spend money out of their comfort zones for the education of their daughters.

And Gandhism seems most to come to the forefront when citizens protest with marches and candle lights when the rhetoric in communication is arguments, fasts and non-violent ‘dharnas’.On the other hand, it dissuades into non-action when we hear of lynching, of Dalit children being beaten up to death and of violence bursting on sites of protest.

Where there are indigenous products, local artisans, encouragement and an environment for nurturing domestic talent, there are glimmers of Gandhism. Where there is tailing the line of big industrialists and making businesses profitable for only some, whereas, the small shop owners suffer at the hands of mass globalization, it’s quite the opposite. 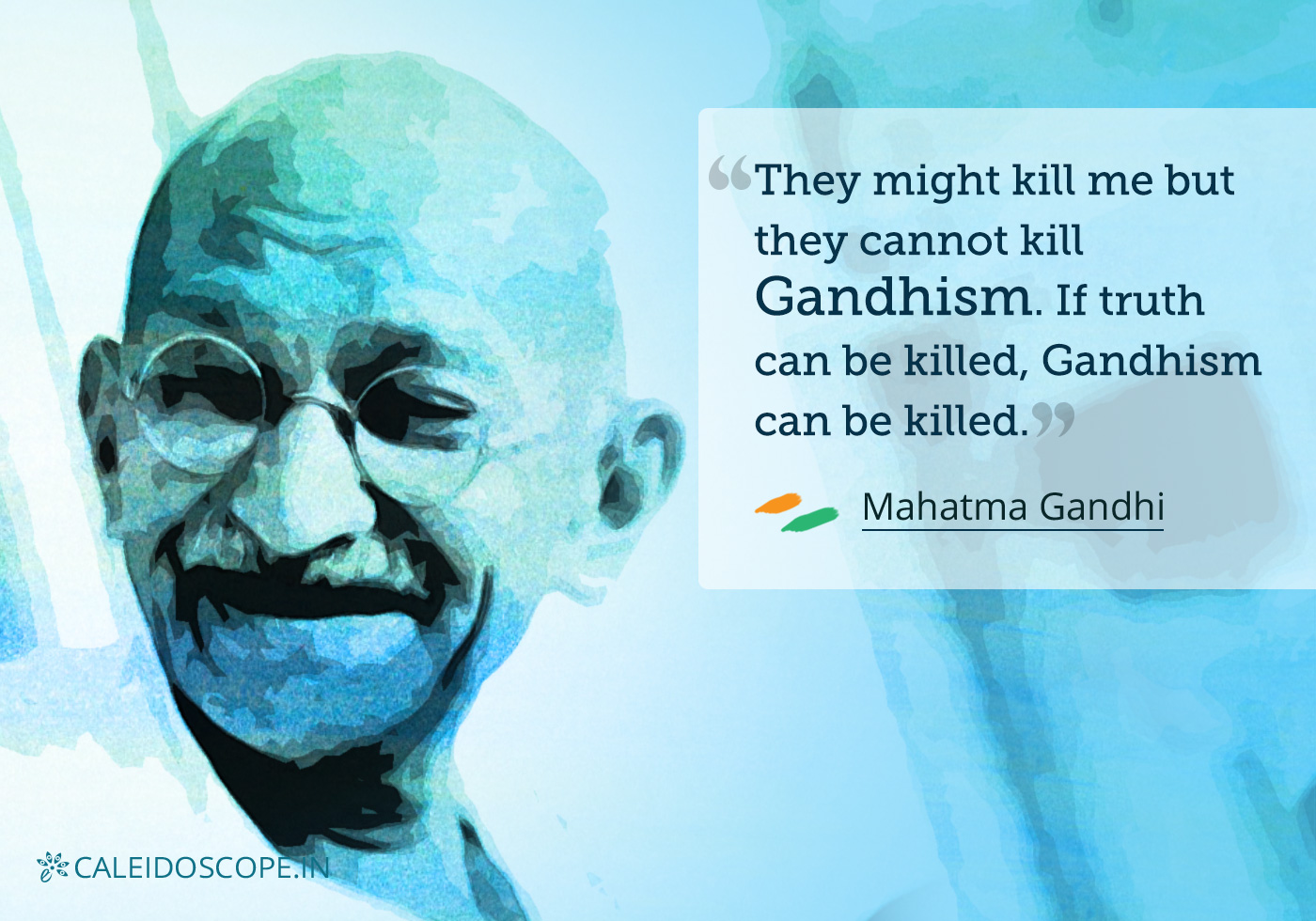 And hence, making an objective analysis of where Gandhism stands today can be a daunting task. More because there are so much of ‘both sides of the coin’, that we witness flip situations for almost all incidents. For every action or comment that stands against it, there is someone who proves that Gandhism is still alive. For when there are reports of violence and abuse, there are also images of peaceful marches. Where extravagances are living, there are also public figures that live simply. Where there is disrespect for religious and social equality, there are those that cherish friendships with their ‘other’ neighbours. And the list could frankly go on.

We Recommend…
Gandhi: The Years That Changed the World

Is this special to India or there are always good people in the world who do right or Satya irrespective of circumstances? Is it really Gandhism and our Indian value system or just humanism? The answers could be debatable, yet the influence of Gandhism on our lives, cannot be ignored. And it is essential to have them repeated, to children in schools or adults through movies and dramas. It is imperative because the world needs, more than ever; to understand that the mind takes precedence in being humble, whereas, the heart needs to include everyone and every type within its fold of acceptance and humanity.