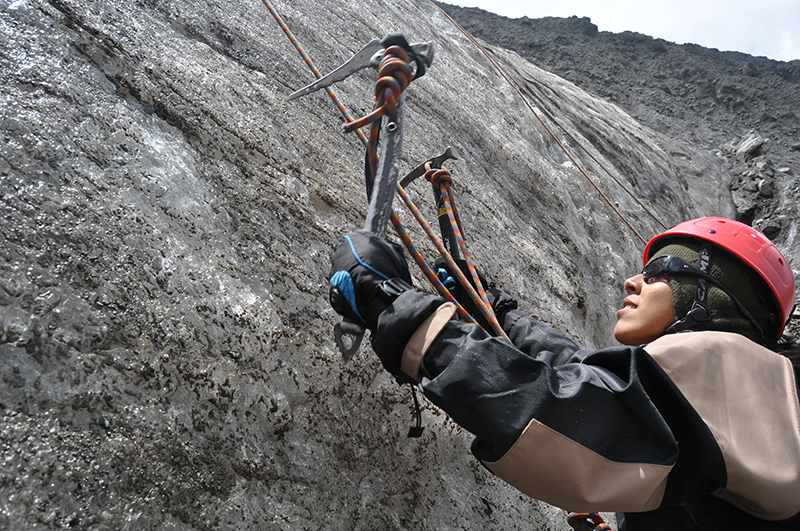 29 May 1953 – Edmund Hillary and Tenzing Norgay become the first people to reach the summit of Mount Everest. Coincidently, 29 May was also Tenzing Norgay’s birthday! So it was truly a great day for Nepal when a humble Sherpa conquered the highest mountain in the world and the whole world recognised his feat. This conquest opened the doors for mountaineering to become a well-established serious sport, earning a steady flow tourism revenue for an impoverished Nepal.

Just when I was wondering how mountaineering and other adventure activities have become serious business today, I happened to meet a veteran mountaineer here in Pune. Ishani Sawant is already a veteran rock climber and mountaineer at a young age of 23, since she began her first at a tender age of 13 years! 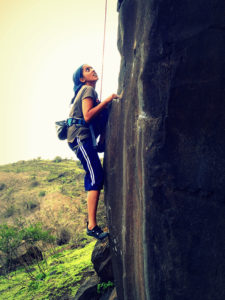 Yes, Ishani went to the Himalayas on her first visit along with her uncle Prasad when she was 13 years of age. That was when she fell in love with the snow-clad mountains and since then, she had participated in 11 Himalayan expeditions in Himachal, Uttarakhand, Sikkim, Ladakh and Nepal. Here are the excerpts of my interview with Ishani Sawant –

Q: What are the major differences in mountaineering expeditions and rock climbing activities?

Q: Which are the major mountain peaks you have attempted and what is the duration of a typical mountaineering expedition in the Himalayas?

A: I have done Mount Stok Kangri (Jammu & Kashmir), Draupadi-Ka-Danda-2 (Gharwal, Uttarakhand), Renok Peak (Sikkim), Mount Mera (Nepal) and 10 high altitude treks in Himachal, Sikkim, Ladakh and Nepal. An expedition ranges anywhere between 12days to a month on high altitude peaks and 1.5-3months on the 14 death-zone peaks, which are above 8,000m. The current trend is towards ‘Alpinism’, both in mountaineering and rock climbing, which is based on self-sufficiency and self-dependency. Alpine expeditions are of lesser duration however, since we hit the mountain hard and light. Like we did a record breaking climb to Stok Kangri (6,154m) in just 2days. 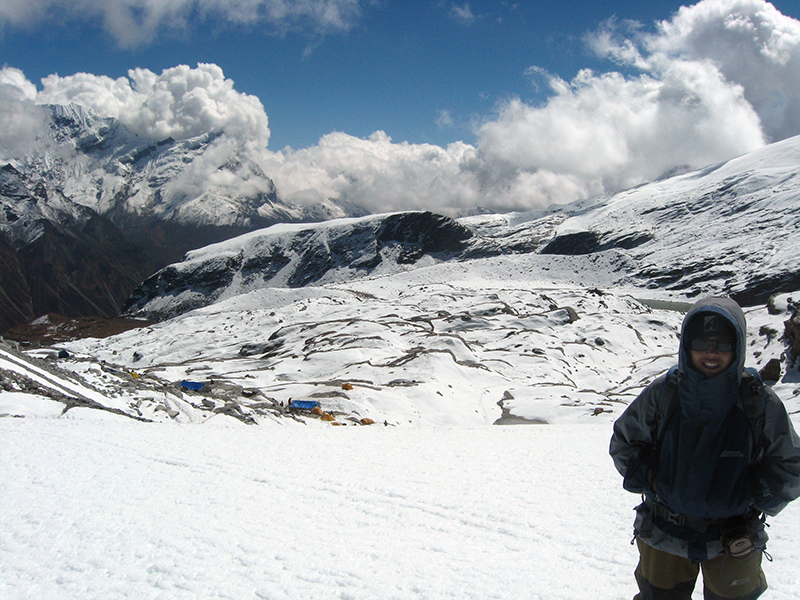 Q: While you promote safe riding on roads, why do take such risks in adventurous activities?

A: I conduct tours on extreme adventures for other people. Hence, safety is always my first priority. We give utmost importance to safety, in all kinds of events that I organise and go on, be it rock climbing, paragliding or bike rides. Adventure activities are not risky per say, it’s just getting out of your comfort zone and doing something that you have never done before, or exploring your capacities. It doesn’t at all make it life-threatening in any way. 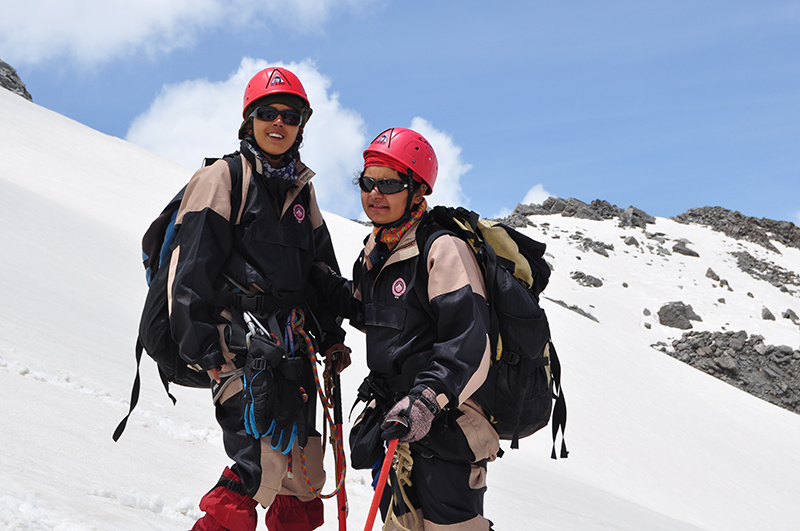 Q: Do you fund your expeditions on your own? Do your parents pitch in?

A: Mountaineering and rock climbing athletes find it hard to fund themselves, since theirs’ is not a spectator sport. I have approached numerous people during my Everest expedition, but could not find sponsors. Hence, I had to stick to rock climbing since its less expensive. Currently I am ranked 6th in the National Climbing competition. I come from a middleclass family, so they also cannot afford to fund me. I arrange treks, adventure trips for groups in Pune to Sahyadri Mountains and save money to purchase the gear. It would be great if I could be sponsored. I am also into adventure photography. 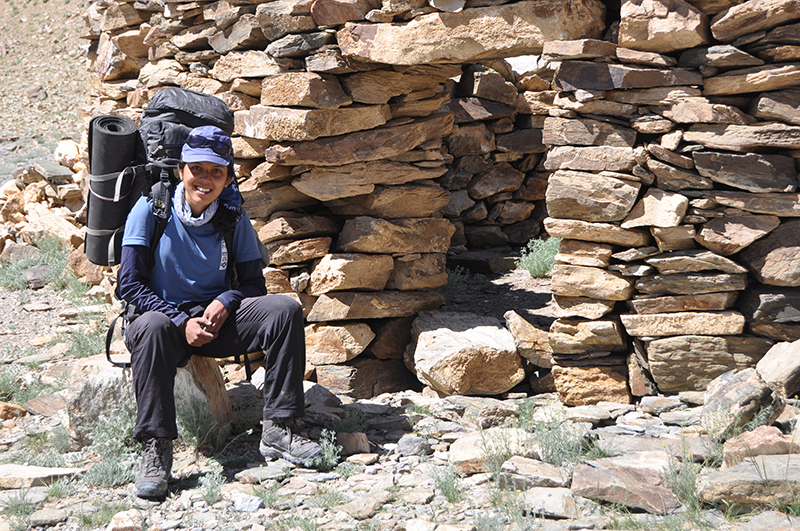 Q: Have you observed any increase in interest among youngsters? If yes, what percentage?

A: Ohh… yes! There has been tremendous increase of adventurous activities among the youth, especially in Pune, Mumbai, Bangalore and Delhi. Like earlier our camps would be of 24-30 people max, now we keep getting batches of 40, and have events almost every weekend.

Q: Heard that climbing Mt. Everest has become a commercial activity now. What are the dangers in it?

A: Yes it has no doubt become a commercial activity. People are disregarding their strengths, knowledge and commitment to the sport and are just being dragged up the mountain like sheep with Sherpas as shepherds. Once you are on an Everest expedition, you just have to shut down your brain and do whatever your agency tells and has made arrangement. Unlike other expeditions, where we have to fix our own ropes, take turns in leading the routes, find suitable spots for campsites, and decide our own schedules, here the agency does everything. If you pay more, you are given table and heaters in your own private tents at higher camps, which we can never do on any expeditions. All basic principles of mountaineering, which help your personal development like having empathy with team mates, helping, sharing etc., are disregarded for individual success. This has resulted in major casualties, low chances of summit rate, abandoning of expeditions mid-way and hence the sport also becomes infamous in Nepal. 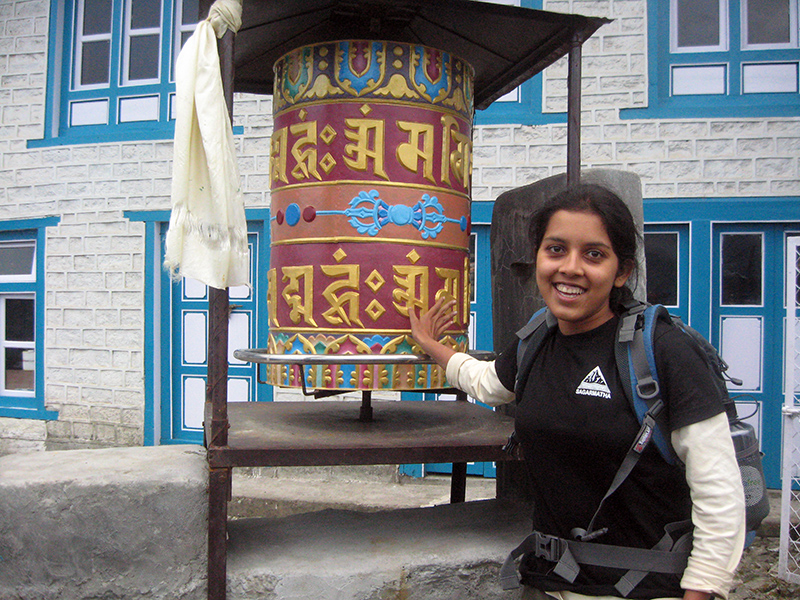 Q: What do you feel about Nepal as a country? What cultural connections do we have with them?

A:  I visited Nepal in 2012 for my expedition to Mount Mera. It is an extremely poor and underdeveloped country. Only Kathmandu and a few towns on the trekking trails like Lukla, Pokhara are prosperous ones. Kathmandu city felt like any other metro with hundreds of foreigners and I was surprised to see so many pubs and discos there. And yes, we Indians and Nepalis share the same culture. It’s like any Buddhist pilgrimage place in India. I felt like I am in Leh, the same culture, monasteries prayer flags, helpful peace loving and relaxed people.