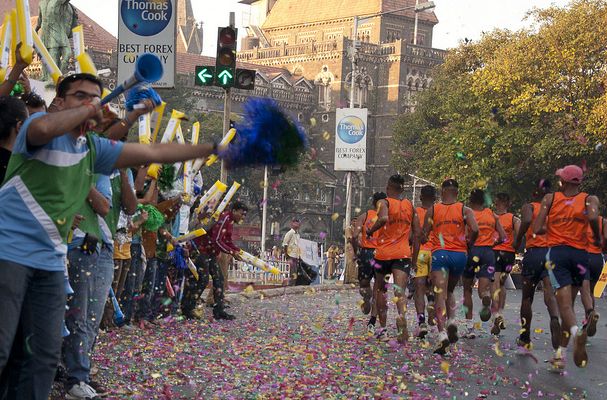 Many people wonder why so many normal people sign up to run serious distance races? Why do we run a gruelling, energy sapping, mind numbing race of 42 km? Why do so many people run marathon, making it the most participated sport on earth?

Running a marathon has been one of the most memorable experiences of my life. Last year, the Standard Chartered Mumbai Marathon 2014 was held on 19 January 2014. Having participated twice earlier in other marathons, this was my first attempt in the 21 km category. To be honest, I had not trained at all and thus after the first 7 km, I was extremely tired. The race started at Bandra and the route went over the Bandra Sea Link, followed by Worli Sea Face and then on to Marine Drive. 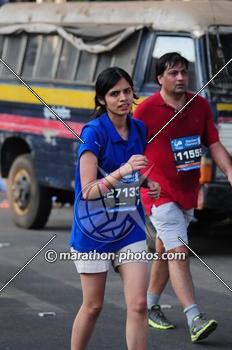 While the sea breeze helped us in our running, it was nothing compared to the motivation received from fellow participants who would continuously crack jokes and call out funny phrases making it much easier for us along the path. Right from the beginning till the end of 21 km, massive crowds of people gathered on the road side, many of whom offered oranges, dates, biscuits, water and juices for us. They made us feel like a winner, like you were running for them and if you stopped you would be letting them down.

In fact as I slowed down at Pedder Road to climb the slope, a lady came running from behind to say that she’d been following me throughout the run, that I was her pace-setter, and if I stopped, what would happen to her! And I was doing the same thing to a man running in the front!

Around 40,000 people ran the Mumbai Marathon race in various categories and in its 11 editions. The sponsors claimed that they collected crores of rupees for charity. That is the official reason – the consequence – Mumbai sees a new dimension to the word “train”. Yes, the lifeline of Mumbaikars, quite literally in their hands.

So every Sunday morning, you will see Marine Drive flooded with corporate employees with their high-tech gadgets informing them about their pace, calorie burnout count and what not, their bottles, their iPods, their florescent shoes running for kilometres together, in sync with the Aam Aadmi in their modest shorts and t-shirt sharing the same experience of pushing their mind and body through unbound limits and to surprise themselves with the result! 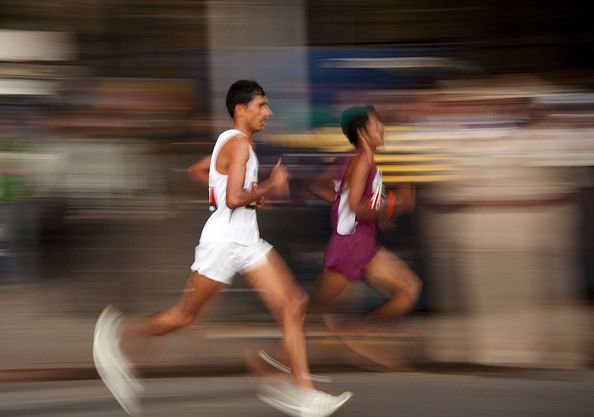 At the 2014 Mumbai Marathon, the girl who won the women’s race for 21 km ran barefoot. Coming from humble beginnings, she ran to win the prize money for her father, a farmer in the interiors of Maharashtra. The African athletes who win the marathon each year, run in herds; their aim is to take the prize money to their country. The senior citizens run to feel young. The Dream Run participants who run for 6 km run for their Facebook pictures. My boss runs to better his timing, to challenge himself.

When I look back, I do not really know why I registered. However, during the last 500 m of the race when my feet refused to go any further and all I wanted to do is go home and sleep, I saw a man with one foot, reaching for the finish-line and on his face was the happiest, most content smile I had ever seen. Then I knew that I had to run just to feel this beautiful spirit.