Films that Stir Our Hearts at Pune International Film Festival 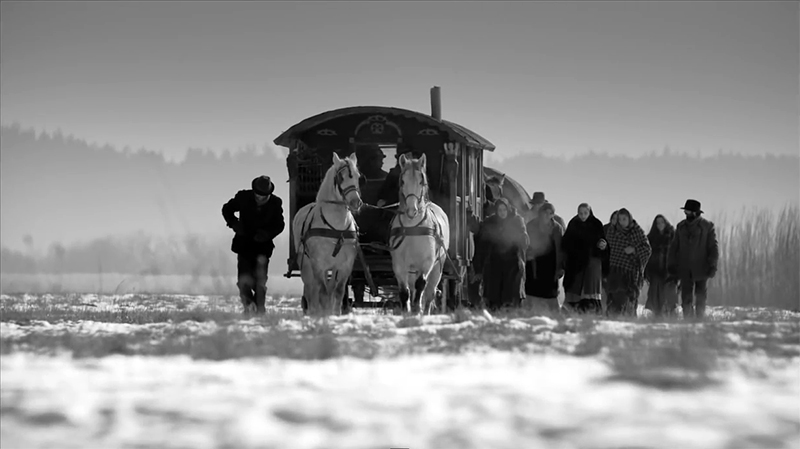 A scene from the movie Papusza

As the cold sighs of winter winds sweep the city of Pune, Punekars look forward to a plethora of art, cultural, music and film festivals, which form an integral part of their social calendar. Be it the soulful evenings of the Sawai Gandharva Music Festival, Vasantotsav, or the boisterous rocking music of NH7 Weekender, Punekars tend to plunge wholeheartedly into this celebration of life. Obviously, it is no surprise that one of the most celebrated festivals in city is the Pune International Film Festival (PIFF).

Despite of its comparatively recent origin, PIFF has captured the heart and soul of Punekars. With films from over 48 countries, the festival celebrates the global spirit of cinema, while keeping in touch with its local roots by dedicating an entire section of awards to Marathi movies. Unfortunately, I couldn’t be among the masses that thronged the theatres this year, but for the past few years, I have haunted the various venues of PIFF, catching as many as 3 movies in a day!

This year, the 13th edition of the Pune International Film Festival kicked off recently, with the screening of ‘Timbuktu’, a French-Mauritanian film that has been making waves across the world. Directed by Abderrahmane Sissako, it is a brilliant exploration of vulnerability and strength, which deals with the harsh reality of extremism. When Kidane, a cattle herder goes to confront his neighbour, a fisherman who has accidentally killed Kidane’s prize cow, the consequences are disastrous. The film deals with the tragic situation in the country, the loss of individualism and rationalism as it slowly falls prey to the fundamentalism.

Other gems, like ‘Dr. Prakash Baba Amte – The Real Hero’, a Marathi movie that released this year to acclaim, were also screened. The film is a biopic on Dr. Prakash Amte, the son of the renowned social worker, Baba Amte. Dr. Prakash Amte, and his wife, Dr. Mandakini Amte moved to Hemalkasa in Gadchiroli district in Maharashtra State, way back in 1973, for helping in the development of the adivasi tribes that lived in this remote district. The movie showcases the exemplary struggle of the two doctors in their selfless bid to help the underprivileged who wre without any access to health care, which can stir even the coldest of hearts.

During last year’s PIFF, one of my most memorable experiences was undoubtedly watching the movie, ‘Fandry’. As a part of the Arbhaat Short Film Club, I had seen Nagraj Manjule’s first short film, ‘Pistulya’. ‘Pistulya’ is a heart-wrenching tale of a young boy, who struggles with his fate, and whose ardent desire to go to school remains unrealised despite all that he has experienced. Hence, I was understandably excited by the prospect of viewing Manjule’s first foray as a feature film director.

Nagraj Manjule’s ‘Fandry’ is not just a film; it is a statement, an experience and above all, it is a cry. Fandry, which in the Kaikadi language means ‘pig’, is the story of Jabya, an adolescent from the Kaikadi community and his love for Shalu, a girl from a higher caste. His family subsists by making wicker baskets, but the worst tasks in the village, which are considered undignified by upper caste people, are regularly relegated to Jabya’s father. Jabya’s continuous search for the mythical black sparrow, and his desire to impress his classmate, when juxtaposed against his harsh reality serves to stress the indignity and class discrimination that still exists within our society.

Papusza was another amazing movie that was screened during PIFF 2014. It is a biopic of a relatively unknown Polish-Roma poet, Bronislawa Wajs, who was known as ‘Papusza’, meaning ‘doll’ in the Romani language. With a non-linear timeline that criss-crosses across the life of the poet, the film gets confusing at times, but still manages to provide a visual treat. Papusza defies her family as she learns to read and write. She eventually meets a non-Roma poet, who travels with her caravan and encourages her to write down her songs. She is eventually excommunicated by her people when her poems are translated and published by the poet, Jerzy.

Many people have this notion that film festivals are about award winning offbeat, documentary and alternative movies. However, PIFF is not just about the offbeat. Mainstream Hollywood films like ‘Captain Phillips’ and ‘The Secret life of Walter Mitty’ were also a part of the line-up.

As PIFF slowly draws towards a close, one cannot help but wonder about the significance of watching movies from other countries. Watching a foreign film is truly a novel experience. Although the actors playing out the lives of characters are unfamiliar, they can strike a deep chord within. The background score may be unknown and the language illegible, but it will surely stir our hearts. Even if a film is about a local issue with relevance to us, it can transcend its limitations to connect with people around the globe. The barriers of society and language can dissipate when the audience immerses itself into the film and experiences its true essence. PIFF provides an opportunity to do just that!