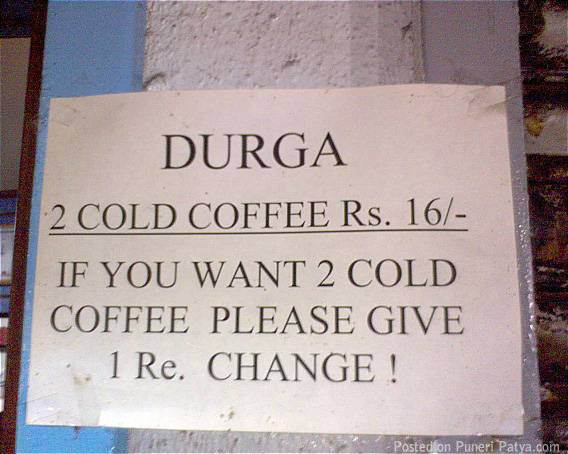 For a new-comer to the city, Pune and Puneite may appear to be arrogant, rude and not-so-friendly. However, after you spend a considerable time in the historic city that you realize the true character of a Punekar, the Pune citizen.

A specimen Puneite displays some characteristics. For example, a typical Punekar, whether he works as an executive in a private firm or a clerk in a government office, always carries a cloth bag and wears chappals while going to market. Come what may, the afternoon siesta is a must for a Punekar. Outsiders find it strange that almost all shops are closed for some hours in the afternoon since their owners take a nap during that time.

‘Misal’ and ‘bhaji’, the local spicy snacks, are Punekars’ all-time favourite dishes and you would find every restaurant at the corner serving them. Jaywalking is so rampant in the city that people from outside the city find it difficult to drive vehicles on city’s roads. I think this habit developed during the good old days when Pune roads didn’t have heavy traffic that has become the hallmark of the city today. 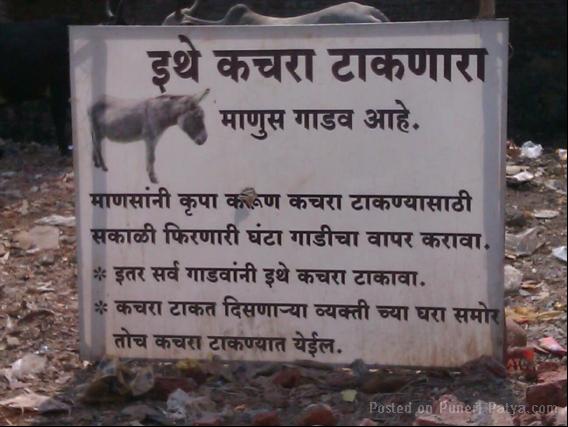 Once upon a time, there were several ‘wadas’ in Pune, where several families lived happily together. They used to celebrate festivals, share each other’s happiness and sorrow. Today, that Wada culture is no more as those who owned these wadas or had rented accommodation in them have either died or moved into flats in housing societies built on the brink of the city. These wadas have been replaced by commercial complexes or skyscrapers indicating the end of Puneri culture.

People who mostly come from outside the city come across those ubiquitous Puneri Patya or typical signages of Pune, which are known for their bluntness and arrogance while they appear funny to the uninitiated. A typical Punekar thinks and acts as though they have the sole right to educate people in their own ways. A Punekar believes in calling a spade a spade. They want order and discipline around them, which is absent when it comes to traffic though. They don’t want to repeat the same thing to visitors or passers-by. Hence, the Patya culture has been thriving in Pune dishing out advice, warnings and at times, threats to those who have not adopted the city’s culture. 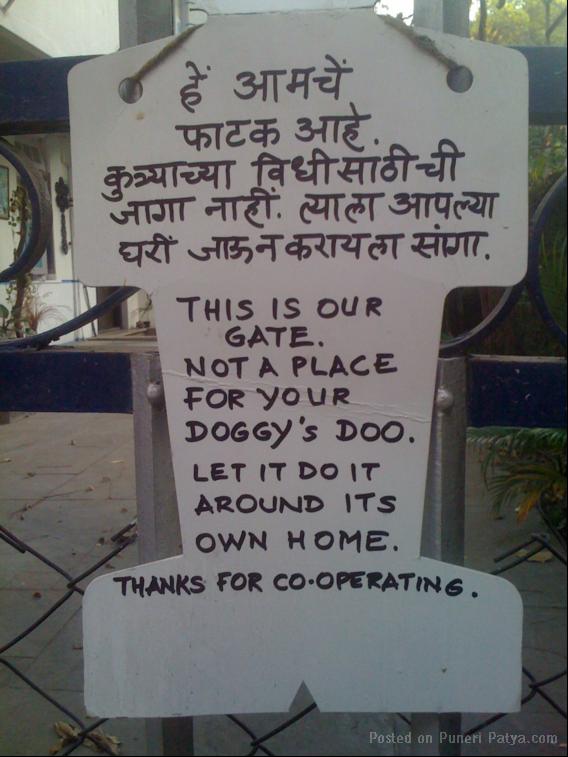 Being a Punekar myself, I never found these Patya strange, though I never put any such signage anywhere. However, my friends from other cities always made fun of these signages. It seems pun is part of Pune’s life as these signages indicate. Here are some original samples of Puneri Patya roughly translated into the Queen’s Language:

As evident from these messages, a thorough Punekar would never ever give up his right to display signages and educate others!