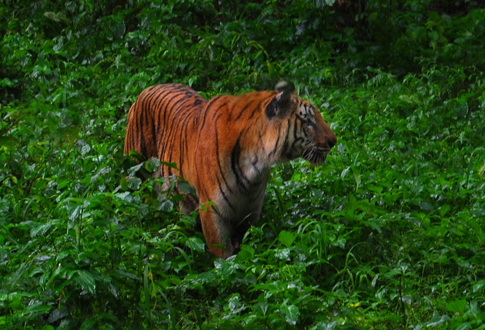 Giridhar Malla is an eminent wildlife researcher and a doctoral student who has been studying wildlife both as passion as well as education related study. He has done research on Olive Ridley sea turtle, the ecology of leopards in Visakhapatnam reserve forests and even dolphins! One of his many adventures was the tiger estimation survey as part of the all India tiger census, for the Wildlife Institute of India. Here are some excerpts from Giridhar’s field dairies of a tiger encounter!

As a child, I greatly admired the Indian jungles, inspired by Kipling’s Jungle Book. I had always dreamed of wandering in the jungle to explore the unknown and make thrilling encounters with wild animals. I jumped with joy, when my research project senior told me that he would be taking me to Nagarahole National Park in Karnataka for an all India tiger census, on behalf of Wildlife Institute of India. Dwindling tiger count has been in the news for a long time. After I heard this news, I hardly could sleep at nights, rolling over imagining the exciting possibilities in jungle exploration.

Nagarhole National Park on the border of Karnataka and Kerala is a real heaven for good wild tiger sighting in India. Due to the constant monitoring and strict wildlife protection, it stood as one of the best game reserves in the country. To know more about the park and the animals, one can go watch the wildlife film ‘Nagarhole- The tales of Indian Jungle’, filmed by Shekar Dattatri. 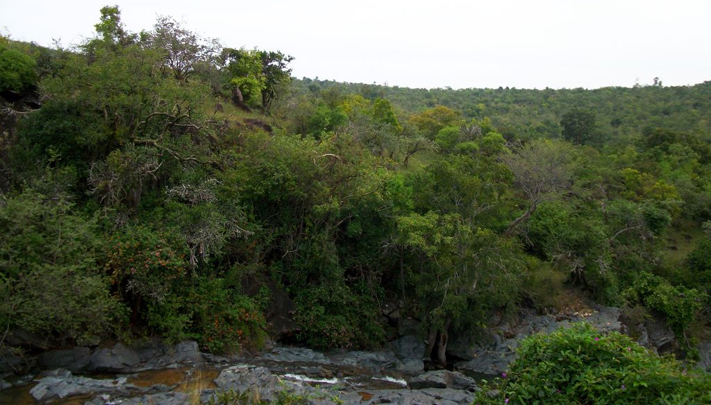 That day soon came when I reached the park entrance, after three days of travel at a stretch on train, bus and jeep. Along with me, my friend Srinu, was also in the team. After some preliminary training, I and my friend were assisted with a forest guard for day to day ungulate survey (hoofed mammals).

My friend and I went out for an early morning walk at 6:00am, as a part of the routine transect lines walk to estimate the prey densities of tigers. We both were accompanied by a local forest guard, who was an old man with sound knowledge of animal tracks. He took along an axe, which he used for chopping the Lantana bush obstructing our path. We walked for few hours along the transect line writing down the information on the animals we have seen, using rangefinder, GPS and compass. 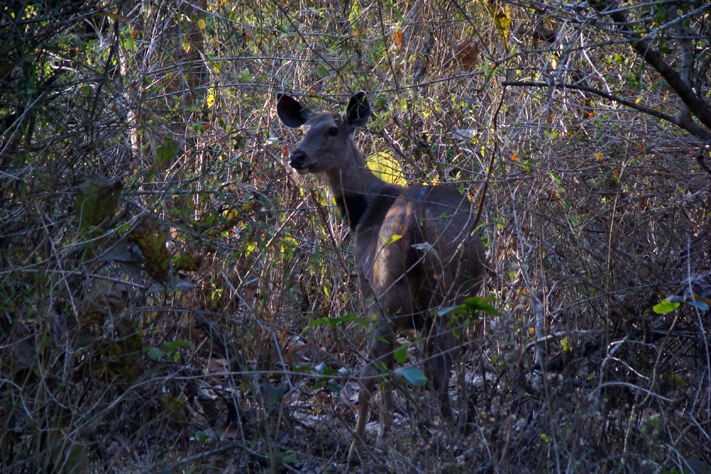 After some hard trekking on steep elevation, we came to a patch of forest covered with dense lantana bushes. We could hardly see anything through the dense thicket; somehow we managed to squeeze through the bushes from underneath. As we peeped through the undergrowth, our forest guard alerted that something was moving in the bushes, just before us. He told us to be cautious and be prepared to run, if it was an elephant.

We three became motionless and carefully listened to every sound. We could hear some bird calls in the distance and mosquitoes which had followed us along the transect line, waiting for an opportunity to grab some reward from us. To our surprise, we heard bone crushing sounds not too far from us. After a few nerve wrecking minutes, our guard began to walk slowly on all fours and we too followed him similarly. 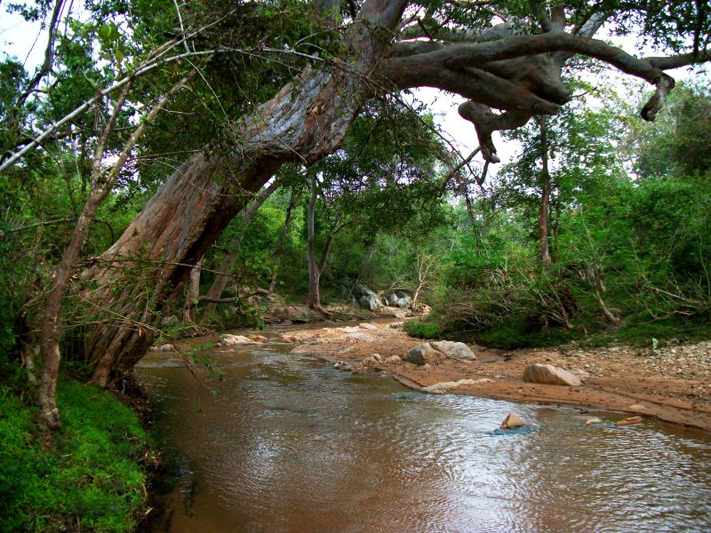 We could now hear our thumping heart beats in the tense situation. Soon, it seemed like the animal had sensed our movement and the bone crunching sounds ceased. My heart started pounding rapidly, when our forest guard slowly whispered ‘Ulee’ which means a tiger in Kannada. Within seconds, the tiger jumped into the lantana bush away from where we stood. I and my friend could only see its pugmarks, which were left behind by the magnificent tiger, found just seven feet away from where we stood. 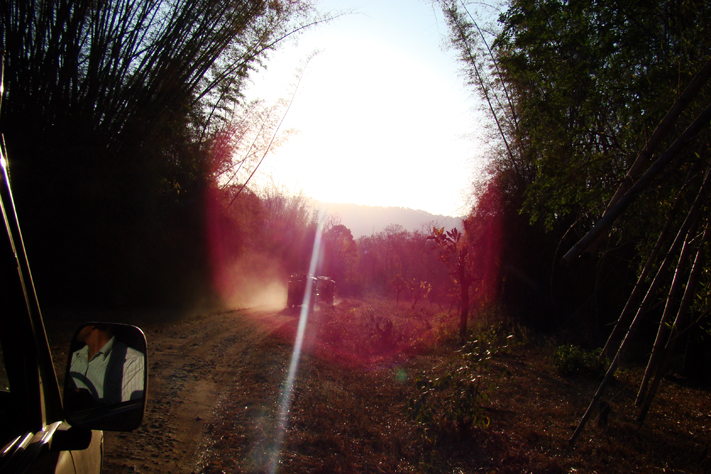 That is the most unlucky day in my life, as I have missed a good sighting of wild tiger. But I feel proud telling to everyone that I stood near a wild tiger, just a few feet away. Thanks to the foresight of the forest guard, we were saved that day! With his assistance we enjoyed a lot in the jungle with good sighting of a leopard, gaur, wild boars, elephants, dholes etc.

Catch you soon with another experience with rogue elephants…..!!!!