5 Cultures of India Which Makes Us Unique 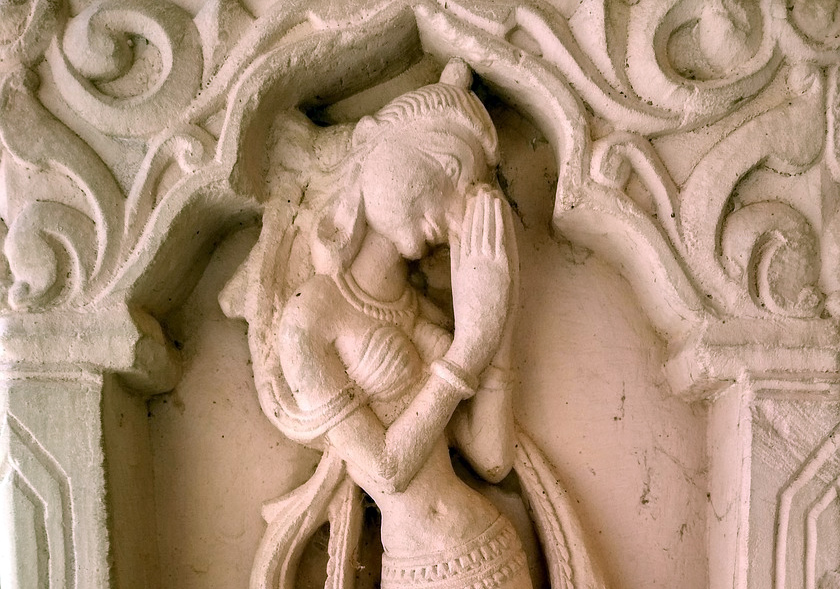 This is one of the most popular cultures of India which has found its way to the western world in the present days. Namaskaara or namaskar finds its roots in the ancient Hindu scripture of the Vedas. Literally the word translates into – I bow to you. Greeting one another by a Namaste is a common practice in India and it can also mean – may our minds meet. Namaste is done by joinging the palms and placing them before your chest. The word ‘namah’ is also divided and translated to na ma which means not mine, this signifies the reduction of a person’s ego in the presence of another person hence showcasing humbleness. Bowing while saying Namaste lightly in front of a person of importance, worshipping a deity at the temple or an elder also means – I bow to the divine in you. This gesture is commonly practiced not only in India but also throughout Nepal, Bangaldesh, parts of South East Asia.

People in India are known for being extremely religious and a firm believer of the divine creator. Everyone in India has their own religion, set of gods/goddesses and means of showing their respect towards the supernatural deity. People in India take up one of the most sacred and highly pious journeys of char dham yatra or chota char dham yatra to proclaim their devotion and love for their holy lord. They believe that paying a visit to these places of worship will rid them of their sins and grant them heaven upon their death. Millions of devotees take up the yatra during the ON season to showcase their devotion and love by walking kilometers at a stretch, while simultaneously fighting tiredness, fatigue and pain caused on the journey. Another purpose of this yatra is to attain some self actiualisation in their life. Some of the most famous pilgrimage done by the people in India are: Vaishno devi, char dham yatra, chota char dham yatra, Rath yatra, amaranth yatra, hajj yatra and Kashi yatra.

One of the most vital parts of the Indian culture is fasting. Also known as vrat or upvas in native tongue, the significance of fasting represents the act of saying no to the entire worldly physical requirement. It is also one of the prime ways of showcasing your utmost sincerity and gratitude to various gods and goddesses with an aim of pleasing them. Indians all across the subcontinent observe this culture of fasting on various festivals, occasions and holy times. Some Indians also fast on various days of the week in order to express their respect for their choice of god or goddess. This culture is seen a way of cleansing your soul and mind by depriving your body of food (basic necessity) hence refreshing your entire being. There are innumerable rules and regulations written down for fasting at every specific religious occasion. This culture finds its roots in the vedic ritual of setting aflame a sacrificial fire for the purpose of sacrificing, which is named upvas.

In the Indian culture, a cow is considered to be one of the most holy animals. She is kept at par with a maternal figure in the family, and is worshiped in many parts of India. They are considered to be a bountiful gift from mother earth and nobody is permitted to kill her. This holy culture dates back to the time when Lord Krishna was a cow herder, and is also nicknamed as Gopala or Govinda which literally means a friend and the protector of the cow. Lord Shiva’s vehicle is also depicted to be Nandi – a sacred bull. All these reasons make cow one of the most prominently significant animals in India. Feeding cows and making contributions to cow shelters are considered to be extremely holy and a sacred duty which any Hindu can perform. The holy nature of cows are also mentioned in the holy scriptures, which site and emphasise the need of protecting and caring the cow. Cow as a whole is an immense source of life sustaining vitalities, like in rural India cow dung is used as fuel, while milk is also utilized by the people. However, killing a cow or the consumption of cow meat is considered to be a major sin among Indians and devout Hindus. Due to these reasons several states in India has banned the slaughter and killing of cows.

Just like the clothes and temples Indian food is also incredibly culturally diverse. Indian food not only holds cultural importance but is also one of the most significant factors in its popularity worldwide. From ingredients to the style of cooking every region in India has its own specialty. Indian food is known all over the world for being extremely fragrant and flavorful and filled with natural herbs and spices. Just like various distinct classical dances, clothes and languages one is sure to fall in love with India’s wide variety of food items and cuisines. Almost every different region in India has a signature dish or even a signature ingredient which sets it apart from the rest. Vegetarian food is an integral part of Gujarati, South Indian and Rajasthani cuisines, while non vegetarian cuisines are a vital part of Bengal, North East India, Punjab and Mughlai.

Apart from these, India is deeply riddled with uncountable age old cultures and traditions which may leave an outsider baffled or confused. However, this wonderful feature of our country sets us apart from the rest of the world.

Hey! I am Sakshi. I am avid reader, writer and lover of everything positive. When I am not writing, I can be seen laughing at funny animal videos. If you want to explore and learn about Indian culture then head on to Namaste India Trip and check out my writing!