Acting Lessons from Inside the Actors Studio

Do you remember watching your first awards ceremony? Your favourite actors and actresses dressed in beautiful clothes, standing on stage holding an award and giving their acceptance speech. Wasn’t it thrilling to see the stars you idolized and wanted to be like? I was no different. I even took drama classes as a child and made my father take me to an agent so that I could be discovered. I playfully pursued it well into my teenage years, going to acting classes and auditions. And like most teenagers, as I got older, I opted out gracefully from my unfulfilled dream of becoming an actress and pursued other avenues for my career. But there are those who are passionate and determined to succeed at becoming superstars so that they too can get on stage and hold their award for best actor/actress.

I’ve heard countless interviews of famous Hollywood actors who hardly had any money in their pockets before their road to stardom started. Take, for instance, Halle Berry, who stayed in a homeless shelter, during her lowest times, or Jennifer Lopez who slept on the sofa of her dance studio before she got her big break. Even James Bond actor Daniel Craig slept on park benches in London during his struggling days as an actor. But, don’t jump to the conclusion that if you are broke, you will be discovered.

I’ve also seen numerous interviews on ‘Inside the Actors Studio’, a TV show, where actors emphasize the importance of acting lessons and how beneficial it was for them. Using real life experiences to draw upon, when you need to do an emotional scene, is a commonality among all successful actors/actresses. Another piece of advice many have imparted is to never give up and to keep trying even during your bleakest moments. Because if you are sincere and passionate about acting then you also need to endure the tough road ahead of you before you find the door to success.

In India, you will find similar advice among the superstars, but there is of course a huge difference between the superstars of India and the rest of the world. Rajnikanth, for instance, is idolized and worshiped by many of his fans. He has an international fan following and his movies are released worldwide, even Japan, where he, surprisingly, has a huge fan base. We also have Shah Rukh Khan, from Bollywood, who is loved and admired by thousands.

Many young aspiring actors dream of achieving this kind of success. These two unconventional actors, who are not your typical good looking actors, have made it to superstar status. So, how did they achieve their level of success and gather such a phenomenal fan base? There must be something else, aside from talent and luck to make it to such super stardom levels. What did they have that set them apart from the rest? Aside from your acting skills and professionalism, what you must have is your own style or flair; something that sets you apart from the rest of your colleagues who are also trying to make it big. For example, Rajnikanth became famous for his cigarette flips in his movies. It continued to be his signature move until he quit smoking. But by then he had already reached superstar status.

The advice is the same, no matter what country you come from or what language you speak, hard work and perseverance are the keys to making it in this field. But once you do get that chance, you must have something unique to offer on the screen, which makes the audience fall hopelessly in love with you. Develop or find that special something that will reach out and grab the attention of the people and capture their hearts. This is the reason why many actors and actresses emphasize the importance of acting classes. Study amongst your peers and learn tips and techniques to help each other discover yourselves, your talents, and your potential. Use the several methods available to you in your acting and drama classes, such as the art of improv, acting on stage, street plays and acting for the screen.

Explore every avenue available to you, so that you can unravel your own potential and discover your unique style that will capture the hearts of the nation and perhaps the world. Why not dream big and work towards owning a Filmfare Award, National Award or even an Oscar one day? 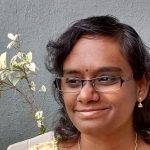 Author Bio: Annalakshmi is a modern “traditional” Tamilian, brought up in Canada, who resides in Pune, India, with her husband. She draws upon her life experiences, when writing, having been exposed to the lifestyle and cultures of both countries. She loves to dance to decompress, but mainly for the joy and bliss she experiences from dancing itself. She is simple, fun-loving and deeply passionate about reaching out, through her writing, and propelling positive changes in people.