Andretta Pottery – Where India Was Introduced To Pottery

Even a blind man can appreciate the beauty of pottery

Today, pottery is an established art form in India. If pottery exists today, it is all because of the wear and sweat of one man- Mr. Gurcharan Singh. He is the reason behind its naissance and survival.

I was in conversation with the successors of the Master Potter Gurcharan Singh, Mr. Mansimran Singh a.k.a Minni and Shubham Sankhyan who took me back to the early days of pottery where it was still a neglected art form. I was startled by the events that had led to the institutionalisation of pottery in India. It was only after the creation of Delhi Blue Pottery Trust that pottery, as an urban art, culture and profession, found meaning.

What is the history surrounding Andretta Pottery?

My father Gurcharan Singh was born in 1896, in Srinagar. He had a major in geology which led to his qualitative understanding of ores and minerals. He worked under his father’s old friend, Sardar Ram Singh Kabli, in Delhi who owned a pottery called ‘Delhi Pottery Works’. At first, he was apprehensive to work there; but little did he know that this would become his passionate profession and he would establish the foundation as well as an apex body for studio pottery in India.

The pottery was located on the outskirts of Delhi, where Safdarjang Airport is located today. His visit to Japan to study industrial ceramics stirred his passion to popularize art pottery in India. Although he knew this involved considerable self-sacrifice, he was determined to go ahead. No doubt this involvement and assiduity for pottery earned him the title of Father of Studio Pottery in India. 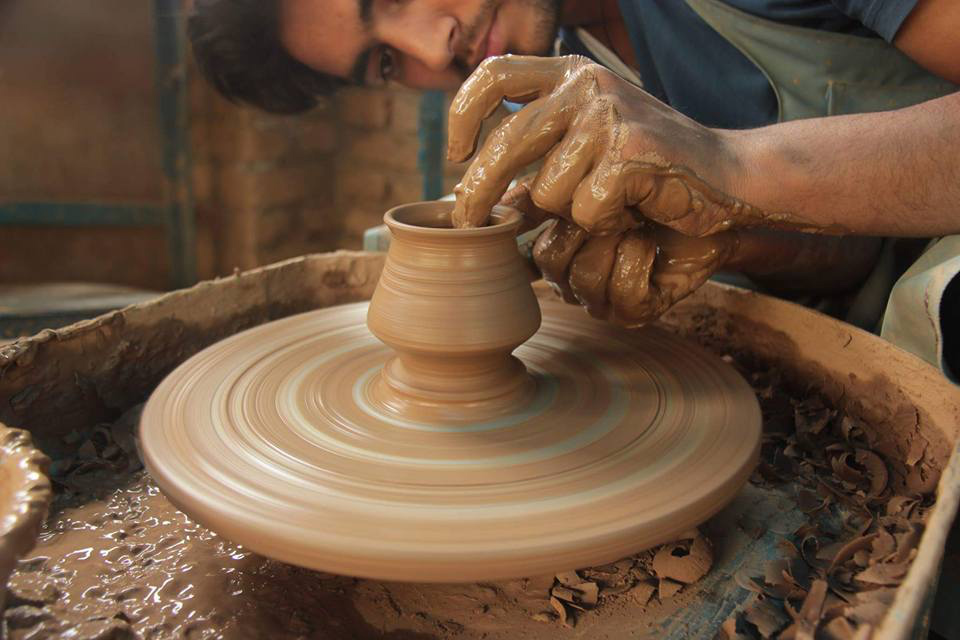 The first sense of achievement came his way when he started the establishment in the 1950s after Partition. His return to Delhi from Kashmir ignited the launch of the famous Delhi Blue Art Pottery. Over a period of time, he felt the need to get out of Delhi. The reason that caused this inter-state migration was the unchecked and heinous pollution in the capital but also his love for the countryside. He, then, applied to the Central Government for some grants and aid to set up a studio. He received some seed grants from the government to set up a Rural Marketing Center in Andretta, Himachal Pradesh. Better late than never, the State Government and the Punjab government recognised his work and asked him to set up a Pottery Research Laboratory. The Partition repercussions were gigantic, but he knew that he wanted to make pottery available to everyone at affordable prices.

In 1983, Mansimran, (Gurcharan Singh’s son) and his wife Marry decided to permanently settle in Himachal Pradesh: they started by building the shed to set up Andretta Pottery. They started the Andretta Pottery and Crafts Society, and got engrossed in carrying forward the lineage of pottery by training the local potters. Even though the roots in Andretta were laid in 1961, it was only 1983 onwards that it became an artist’s hub.

This widespread unfurling of pottery won my father some of the most prestigious awards: a silver plaque by the All India Ceramic Society for his services to the pottery industry; he was recognized as the best artist of the year by the Sahitya Kala Parishad; and Padma Shree award from the President of India for his contribution to the field of ceramics in 1991. In 1979, the publication of his book on Pottery in India earned him accolades. 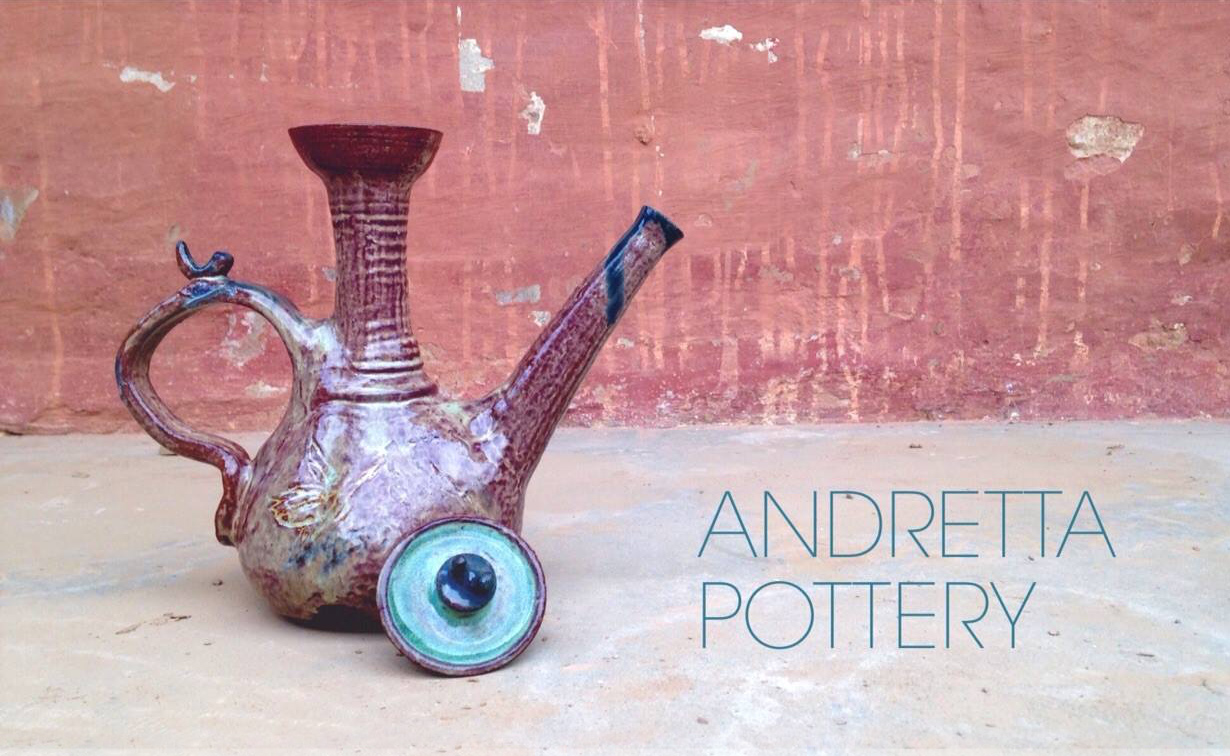 As an artform in itself, what challenges does Pottery face in India?

The challenges that my father faced were innumerable. His artistic wares remained largely unsold. The Willingdon Airport (now known as the Safdarjung Airport) was constructed and the pottery had to be shifted to the outskirts of the city. The cost of materials was clinging on the higher side because of low market consumption. Raw materials (clay, wheels) were never readily available until my father set up pottery as an artform. It is only since the last 15-20 years that the raw materials have become abundant in availability. However, the rural pottery is on the verge of extinction because the government never pays any heed or any assistance to the village potters. Rural pottery is truly forsaken.

Shubham added that at Andretta Pottery, every day is a challenge and that’s something that keeps us going.

What inspires the artwork on the pottery in Andretta?

Shubham revealed that the artwork is inspired by the Himachali Rangoli or the Himachali Kangni Rangoli which is practiced daily in every household. For him his idea of pottery is keeping the local heritage alive by learning the local style of working with the local materials. 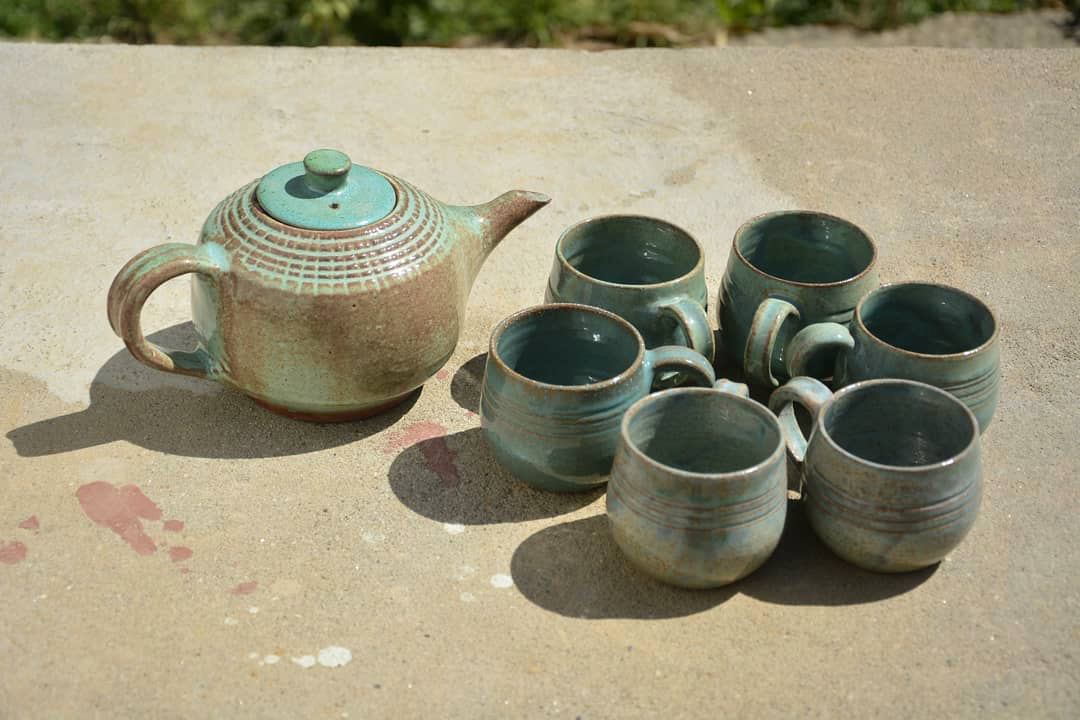 What is the relation between you and Shubham?

Shubham’s father, Jugal Kishore worked for us. About 5 years back, he died of a massive cardiac arrest. Back then, Shubham was studying aeronautical engineering in Delhi. In the second year of his study, when his father passed away, Shubham started to fend for his family. He became the carrier of the Andretta legacy when his father passed away. He took over and since then he has been a good PRO. He is now doing well for himself. He has been managing this place for over 6 years now.

What materials are used for Andretta Pottery?

Shubham briefed about all the materials that are used in making pottery. He explained that there are different types of rocks which are collected and then turned into the clay for the pottery.

That is just when Mansimran sir revealed the materials that were used by his father included experimentation with glazes such as eggshell white, grey and white and grey slipware and some of the pots made were a recollection of Persian or Middle Eastern pottery models. 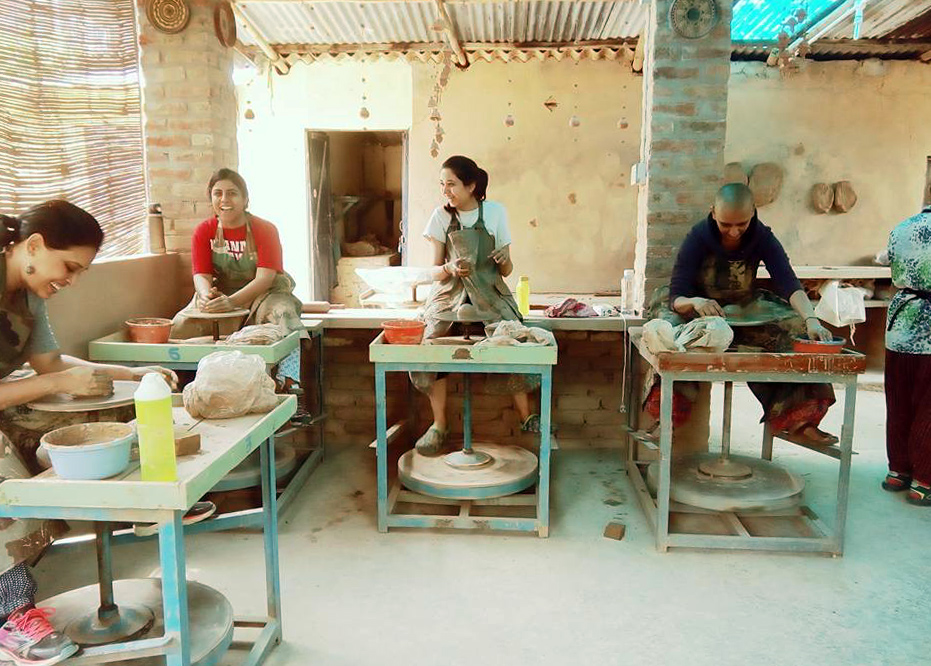 Do you hold workshops? If yes, then when and what are the costs?

We do hold workshops and the following are the details: For a day workshop, it costs one person 2k. We also have an extensive 3 months workshop that would cost you around 1.5 lakh. The two Pottery Studios in Delhi are located behind the Safdarjung Hospital in Delhi Blue Apartments and on MG Road by the name of ‘Sanskriti’ which are, for now, shut till the end of December.

How far has Pottery come?

There was a time when gathering raw materials was tough. Finding students that would want to study the art of pottery was tougher. My wife and I taught our first student in 1987. And now we have come this far that many of our students have set up their own pottery sheds: one is in Dharwad (Karnataka), the other is in Bombay and another one is in Pune. In Pune it is named as the Curators Of Clay. If you want to start your own pottery studio, the initial investment that you would need is around 3-5 lacs.

As an ending note, Mansimran sir spoke of all the efforts of his father who made art exhibitions for pottery a tradition. His father would always say, “The human eye and the human hand are always subject to an element of error, and in this error, is the beauty of creation. The artist’s work will speak for itself-it is signature enough.” His work is also exhibited at the Indian Habitat Center. 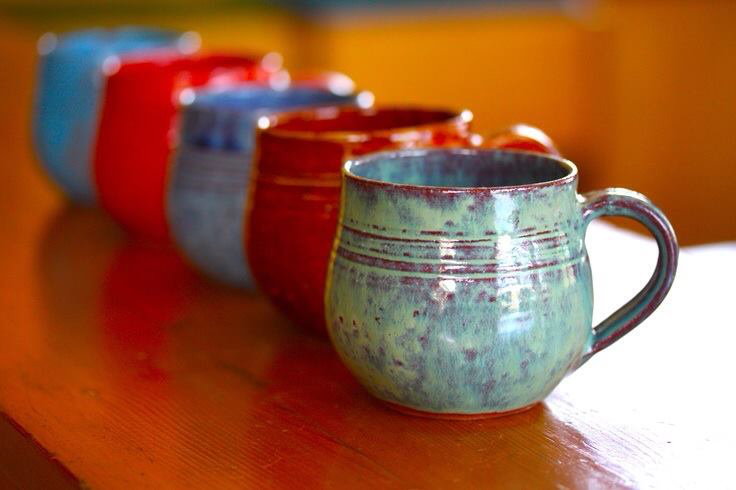 My father and everyone’s ‘Daddyji’ (everyone referred to him by this name at the Delhi Blue Studio) because of his patronising nature and the familial environment he created for everyone, he was the National Potter of India. He was a potter before most of us were born. Anyone who has worked with him would recall his hands that were clay-ed for most parts of the days and this was a metaphor of his resolution and perseverance of staying engrossed in Pottery. He will always be remembered for his entrepreneurial spirit and his creative praxis. His enriching story will live with us in perpetuity. Whenever pottery will be talked of, his name will come up like these two were irreplaceable entities.