Movies tell us stories. They capture our imagination and transport us to different times and places in history. Sometimes these places are real and the settings take the storyline to a whole new level. The architecture forms the envelope for the story. A lot of Indian buildings and monuments have had noteworthy appearances on celluloid.

Indian culture being so diverse, architecture isn’t an exception to the rule. North India is home to several forts and religious monuments, which showcase ancient Indian, Mughal and European architectural heritage. As we progress east, heritage houses exude a strong British influence. As one travels further into the south, the Dravidian temples become larger and the palaces lavish in ornamentation. No wonder Indian movies have only been too willing to set their stories in beautiful locations that are a feast to the eyes. Let’s take a look at some Bollywood films that projected some of the finest examples of Indian architecture in all their glory.

The backdrop of romantic scenes in the movie, the Agra Fort is steeped in historical and architectural layers. Apart from the traditional structures like the Diwan-i-Aam (hall of public audience), the Diwan-i- Khas (hall of private audience), and the various mahals, the Fort boasts of unusual features as well. The Fort has structures adorned with inlay work in white marble and has also incorporated influences from Hindu architecture, such as the depiction of living beings in decorative art. Decorative mirror work seen in the Sheesh Mahal, a characteristic shared with the Amber Fort, is also seen in the film. 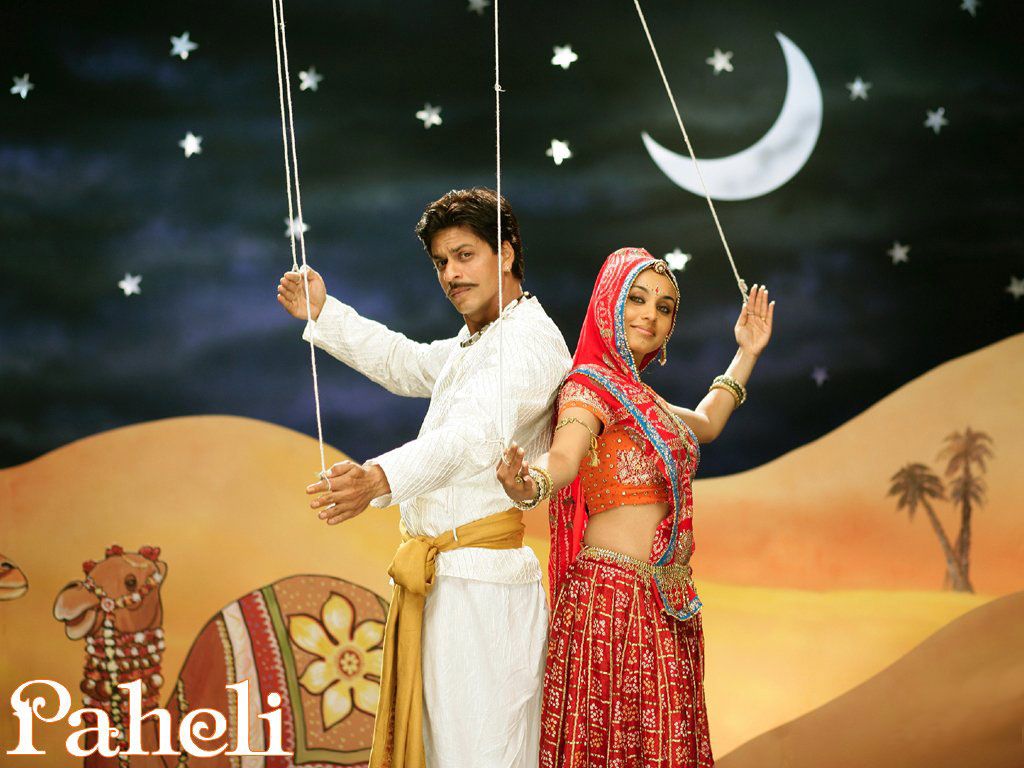 Rani Mukherjee gazes into the distance while a bird hovers above along the steps of a baori (stepwell). Rani ki Baori in Rajasthan was featured in the movie. Named after a queen who bravely sacrificed herself to uphold her husband’s honour, the stepwell is unique in the fact that it is asymmetrical and in that its characteristic design of the steps imitated waves of water. Widely prevalent in Western India where temperatures can go up to 45 degrees, stepwells solved the problem of seasonal fluctuations in water availability. Apart from storing potable water, the stepwells also provided respite from the hot and arid weather conditions for travellers. Built with blocks of stone without using mortar, the stepwell is divided in to two parts – one allowing water to be drawn out vertically and the other allowing access to the water through the stairways. The stepwells were designed such that the water could be accessed through a series of steps, providing the flexibility of accessing the water at whichever level it was. During the rainy seasons, the stepwell would fill to its capacity and function like a cistern. 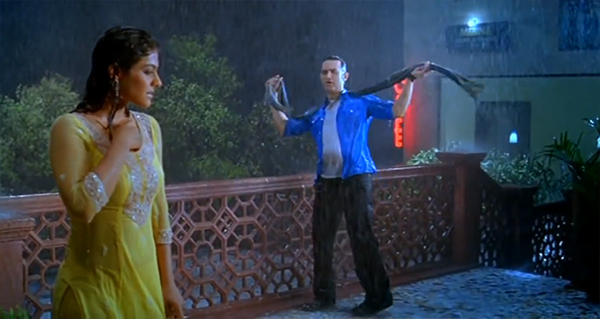 The upbeat “Desh Rangeela” plays and Kajol is twirling around in front of a structure that is more than well known- the Rashtrapathi Bhavan. Everybody recognizes this iconic building in New Delhi. The Rashtrapathi Bhavan was designed by Edwin Lutyens for the existing Viceroy at the time. Although Lutyens preferred European designs over Indian architectural designs, a few traditional elements have been used . Features like the chattris on the roof, the design of the column capitals, and several water features have been borrowed from Hindu architecture. The central dome, inspired by the dome of the Pantheon in Rome, was one of the many European influences in the building’s design. In addition to the Mughal gardens, other Indian elements included Indo-Saracenic motifs and red sandstone jaalis.
The Amar Jawan Jyothi at the India Gate and the Qutb complex were also showcased in this movie. 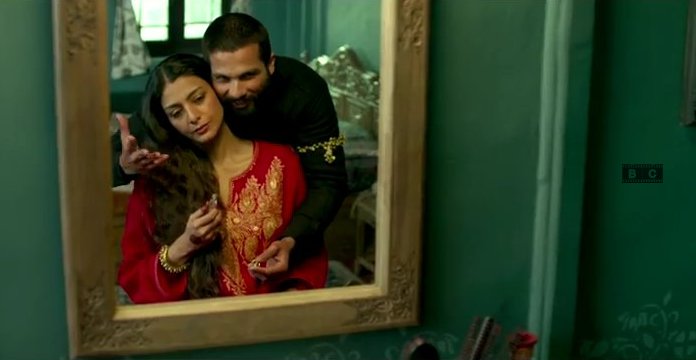 During the scenic shots of Dal Lake and Haider’s village, the regional architecture of Kashmir may be noticed in the background. Primarily made of timber, houses in Kashmir also have distinct, pointed roofs to shed the snow. Wooden columns, courtyards and jaalis constructed over openings were features quite common in the local architecture. Many villagers use unburnt bricks set in wooden frames or earthen walls set on stone plinths to form the structure of a house.
The song “Bismil” was shot at the Martand Sun temple in the Anantnag district of Jammu and Kashmir. The complex consists of the primary shrine located in the middle of a colonnaded courtyard. There are 84 smaller shrines surrounding the main shrine. The temple is now in ruins but the primary shrine is thought to have had a pyramidal top which is characteristic of Kashmiri temples.

Indian architecture has evolved with globalization. Traditional elements have been used in modern buildings resulting in contemporary designs. One such example is IIM, Bangalore. This institution is largely featured in the film “3 Idiots”. Designed by B.V. Doshi, the campus comprises of a network of corridors, courts, and external spaces inspired by the courtyards of Fatehpur Sikhri and the gardens of Bangalore. Through pergolas, skylights, and the blurring between the exterior and interior, the campus provides an interesting spatial experience.

Another architectural highlight in the movie is the Druk White Lotus school in Ladakh. Built upon a Buddhist mandala plan, the school is an example of sustainable architecture. Open spaces and courtyards have also popularized outdoor learning.