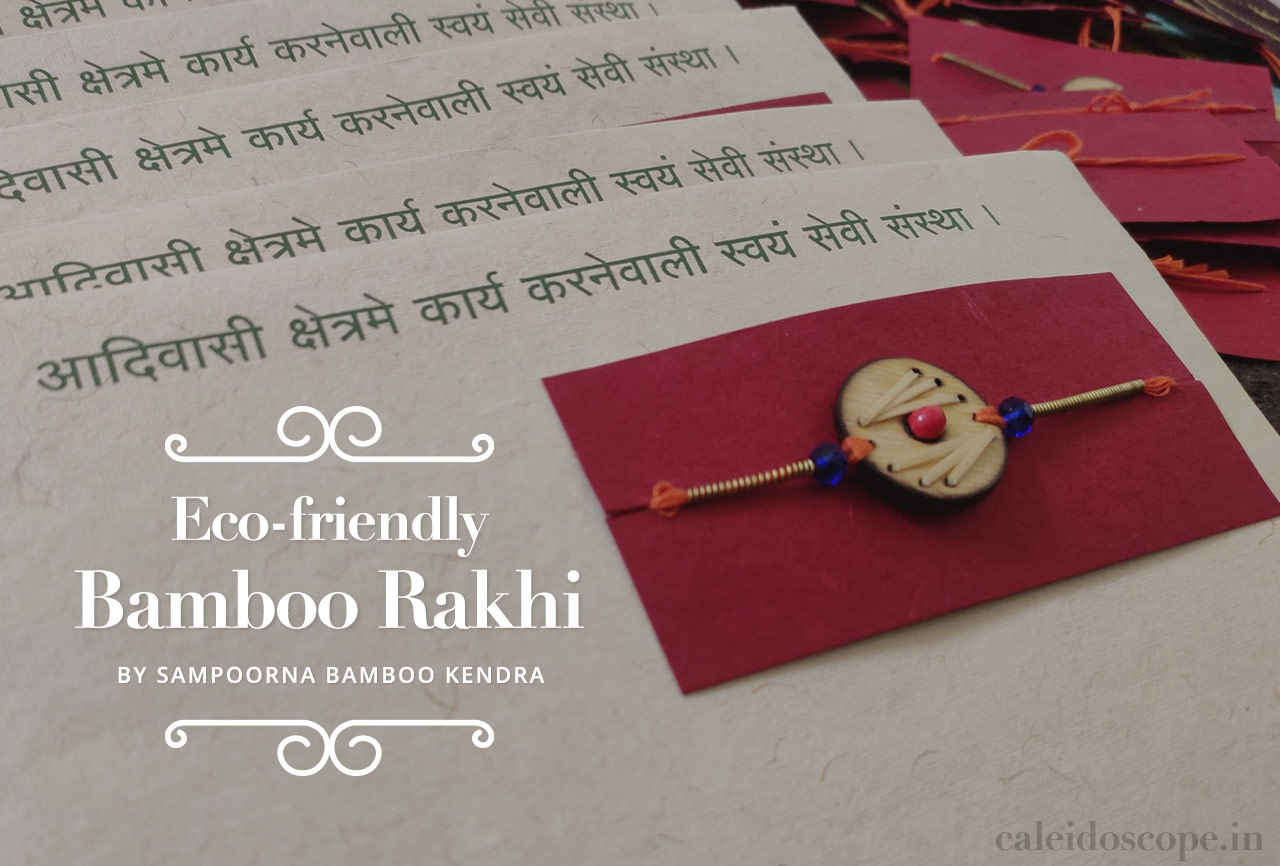 Characterizing the eternal bond between siblings, Raksha Bandhan is one festive occasion that Indian families celebrate joyously. In the weeks leading to the festival, you can find streets lined with rakhi stalls. Buyers are usually finical about designs and patterns, but not all are concerned about what a rakhi is made up of, who has made it, or how it has been made; most, importantly, if the rakhi is eco-friendly or not.

Somewhere in the hidden corner of the market, you can find eco-friendly rakhis. Mostly, these are made by NGOs. One such organisation is Sampoorna Bamboo Kendra (SBK), which has been working for the last twenty-seven years. It has been on the mission of empowering remote populations with employment opportunities and propagating environmentalism by promoting bamboo craft.

Capitalizing on the natural wealth of bamboo in remote pockets of Vidarbha, Sunil and Nirupama Deshpande started this ambitious project in 1995. Beginning the work in the Pandharkawada area of Yavatmal district, subsequently, the couple moved to Melghat – one of India’s remotest regions – located in the Satpura mountain range, in the Amravati district of Maharashtra. Since then, artisans of the organisation have been churning out beautiful, attractive, and delicately crafted rakhis along with other pieces of craft from bamboo. 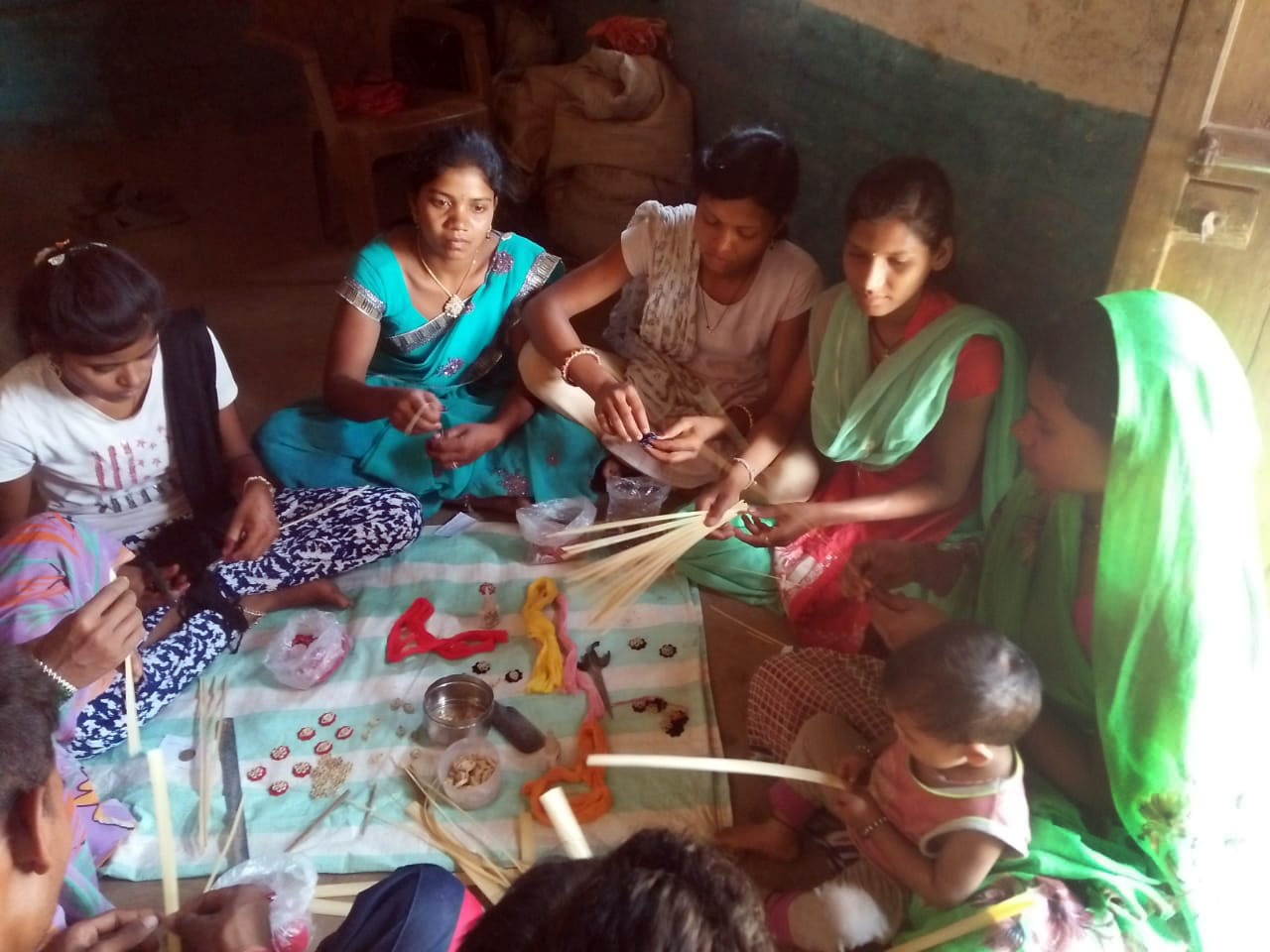 Today, if you visit the craft centre of SBK in Lawada village in Melghat, you can find artisans from Lawada, Chitri, Dharni, Kotha and other nearby villages assiduously engaged in creating beautiful rakhis. Some are grating bamboo, a few plaiting the grated pieces, the most senior ones examining design perfections, while the rest are occupied in supportive functions. This is how intricate designs and patchworks for rakhis come into being.

Deshpande talks about how the activity was started. Initially, her husband mooted the idea, and a few interested people came to join the handicraft work. The skills transferred across households, from one family to another, as people began seeing the economic viability of the occupation.

The entire craft-making activities go for around six months – from March to August. “Some even earn to the tune of fifty to sixty thousand on an average during this period,” noted Deshpande while highlighting how Sampoorna Bamboo Kendra has succeeded in offering the local populace a good employment source.

The improving prospect of these artisans is also due to rising awareness amongst people towards eco-friendly products. “Our export of bamboo rakhis as well as other bamboo articles to foreign countries has increased. This year, Indian Council of Cultural Relations (ICCR) exported our rakhis to around sixty countries, while we ourselves dispatched rakhis directly to the USA and Japan,” told Deshpande. 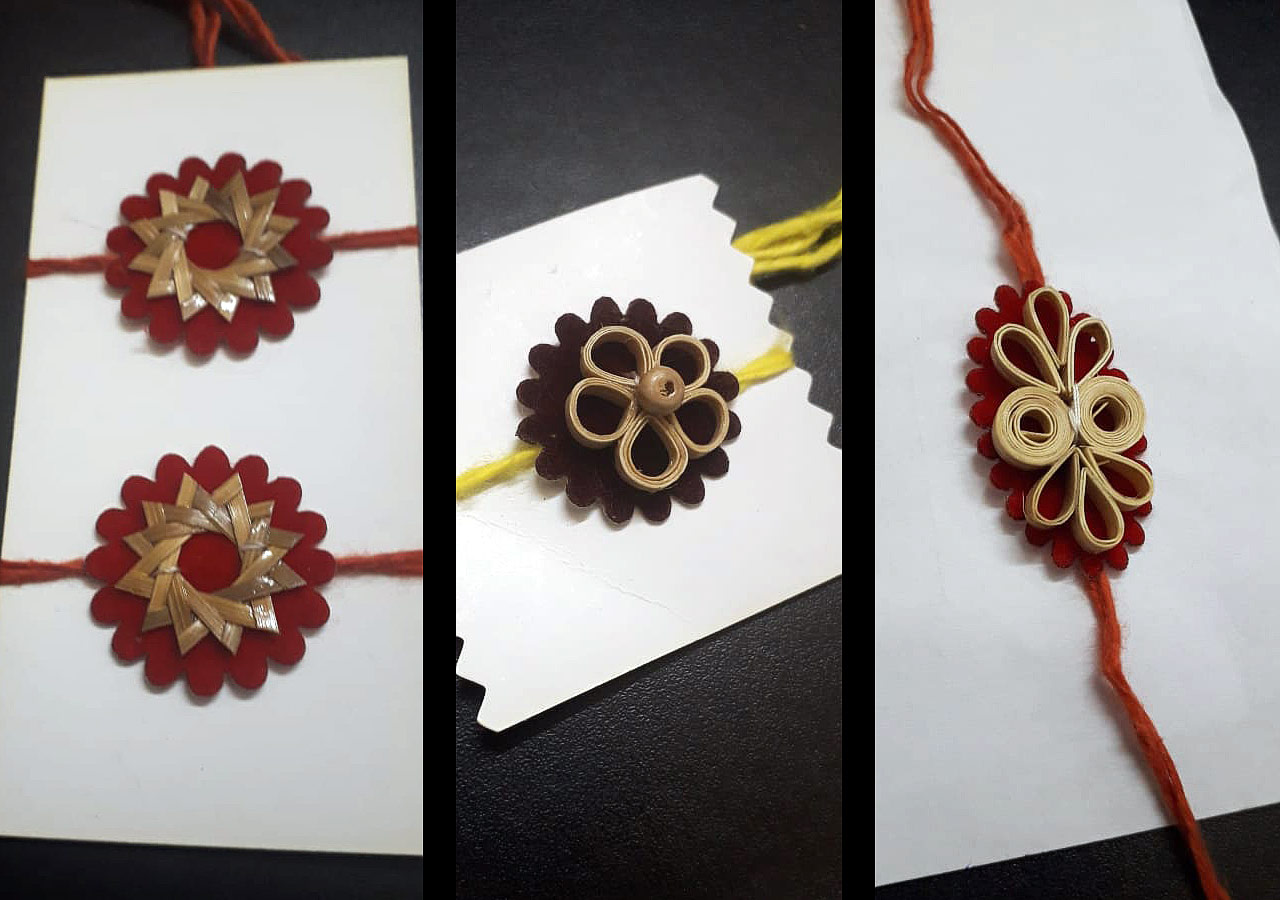 The artisans understand that a good rakhi is characterized by a good design. And so, before the operations commence for the new season, brainstorming sessions are conducted, where members put forward their design ideas. Filtering through these, finally, the best ones are chosen and a prototype is created. “This year, altogether, sixteen designs of rakhis have been conceptualized. Each rakhi mentions the name of the artisan who made it.”

When new members join the work, they are taken through training workshops. Also, to keep skills updated, refresher courses are carried out at regular intervals. The members of Sampoorna Bamboo Kendra also visit schools and conduct training workshops. Notably, there’s a huge demand for its rakhi-making kits from schools.

Despite the challenges of arranging funds for scaling up, SBK has been instrumental in successfully positioning these eco-friendly rakhis against unsustainable types in the market. “There’s a common misconception amongst people,” goes Deshpande, “that bamboo rakhis are costlier as compared to machine-made or Chinese rakhis. This is not true. Considering the efforts an artisan has to put in hand-making the articles, the price is always justified.” Her argument holds absolutely true if we compare bamboo rakhis with other types. 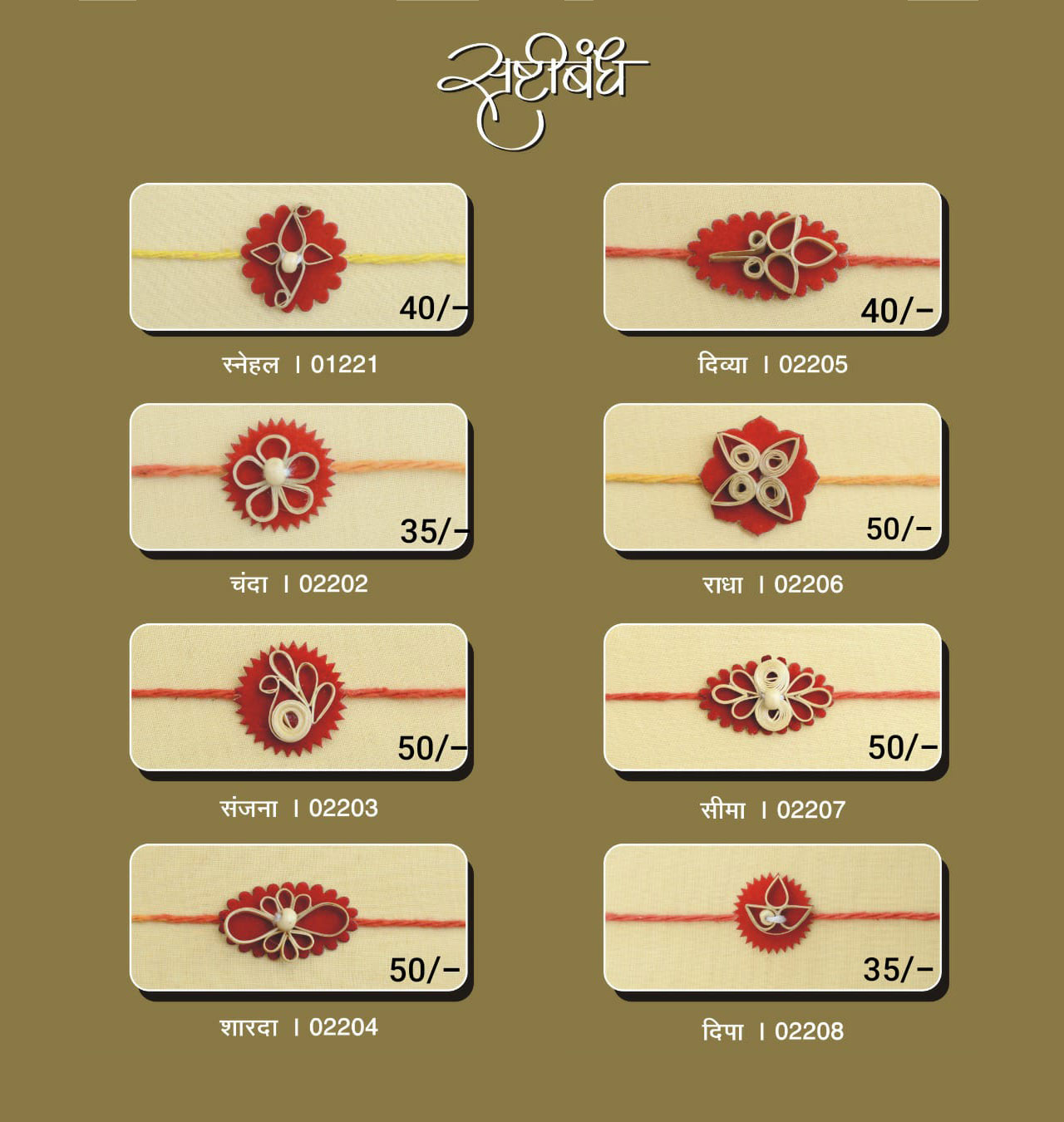 “Earlier quality has been an important concern for us, but with years of training, now we are making top-notch bamboo handicrafts.” Indeed, the export of these articles to international markets is enough to prove this fact.

Keeping up with the trend, the organisation has shifted from traditional marketing channels to modern channels. “This year, we launched our online store which will soon be operationalized,” informed Deshpande.

At present, people can buy bamboo rakhis made by Sampoorna Bamboo Kendra through WhatsApp. By adorning your sibling’s wrist with a bamboo rakhi, you can make the occasion more joyous and experience a sense of satisfaction that you have contributed to protecting nature. Finally, these are the rakhis that easily assimilate with nature when their lifecycle gets over.