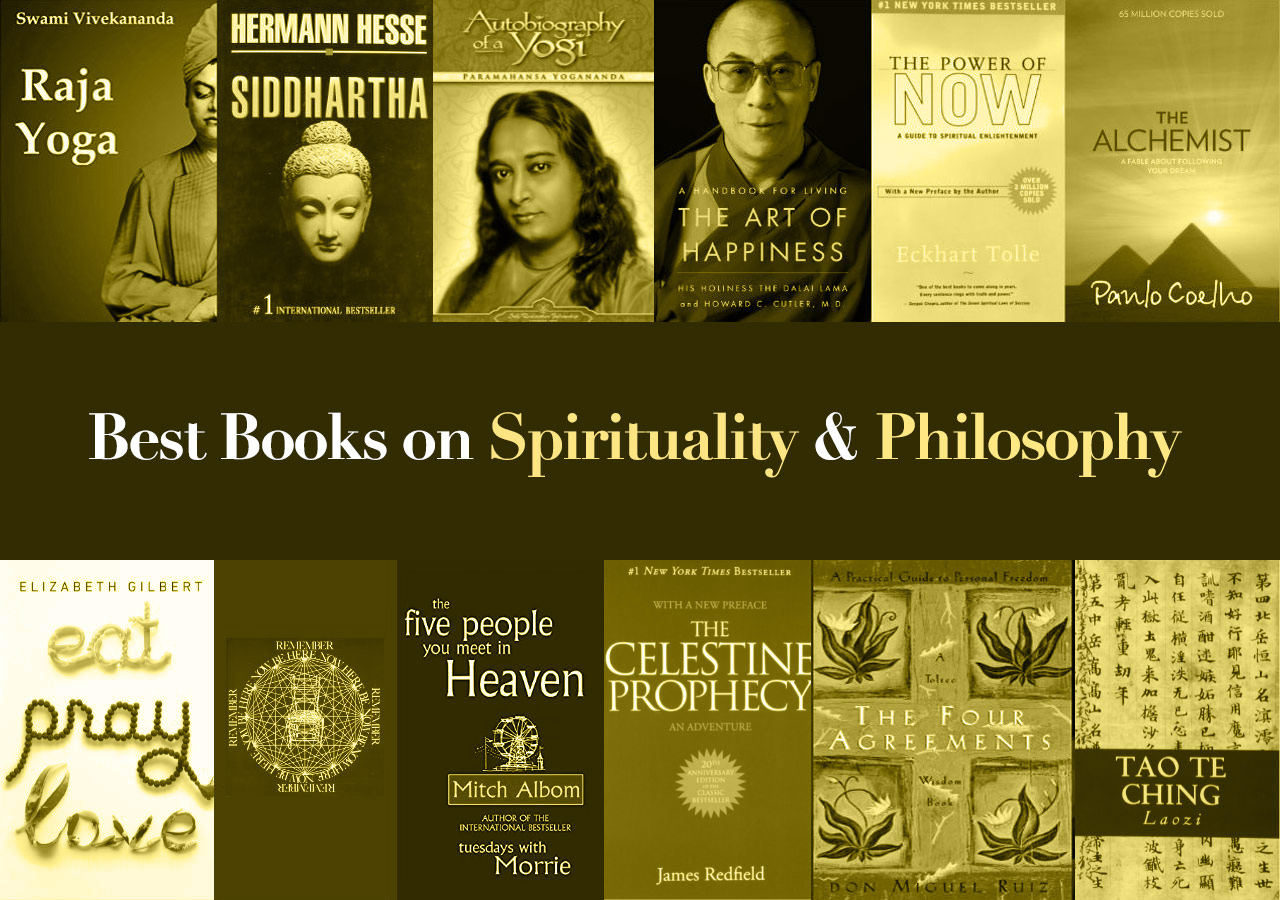 Also, when one reads, there is always an instant connection with the characters and the tale. But books on spirituality and philosophy are also life lessons that go beyond a plot line or story. Perhaps, which is why, you should not only read, but also keep close at hand, some amazing books on spirituality and philosophy. They are wonderful to re-read, especially when one seeks a sense of acceptance, tranquility or when there are questions and concerns that need clarity and answers.

What are some of the books on philosophy and spirituality that you must read? We bring to you a list of the top 12 books that must be a part of your personal home library. 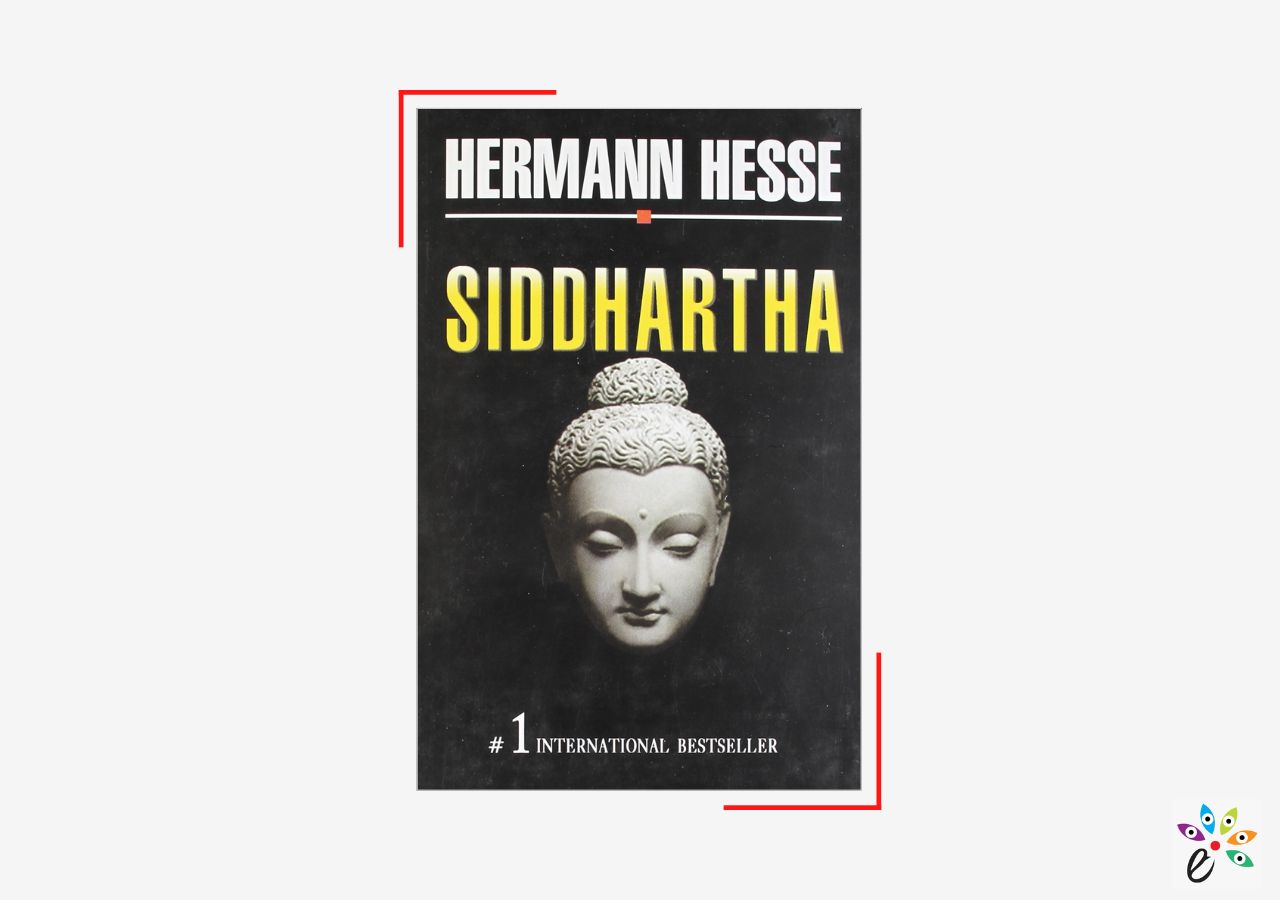 Written in 1922 this book takes you along the self-discovery of a person called Siddhartha. Based during the lifetime of Guatam Buddha, whose first name also happens to be Siddhartha, this novel by German writer Hermann Hesse inspires and influences generations of readers, thinkers and writers. The book unfolds the true meaning and realization of purpose and self through the search of a single man.

Raja Yoga is an interpretation of the Yoga Sutras by Patanjali. Written by Swami Vivekananda, the book elucidates his understanding of the sutras and is adapted especially for the western audience. This book was published in 1896 and also has ideas on Hinduism, Idealism, Western occultism and more. It gives an insight on controlling the mind, meditation and a scientific understanding of yoga as well. There is no doubt that Swami Vivekananda was one of the most influential thinkers of our time and this book is a testimony to his great knowledge, philosophy and empathy towards life.

One of the most inspiring and popular works of this generation; Paulo Coelho’s The Alchemist is an all time favorite amongst readers across the world. The book is a reflection of the life story of Santiago who travels in search of treasures. But it is the discovery of self combined with mysticism and magic that makes The Alchemist one of the most loved books of our time.

4. The Power of Now – Eckhart Tolle

A New Earth: Awakening To Your Life’s Purpose – Eckhart Tolle

Eckhart Tolle has written two gems and both make it to our list of books on spirituality and philosophy that are a must read. The Power of Now sold 2 million copies and has been translated into 30 languages. The book is all about discovery of the ultimate truth that is achieved with spirituality and growth. A New Earth: Awakening To Your Life’s Purpose further expands on these same concepts and ideas and charts ways to ignore the ego to attain happiness and success for the development of a new way of life.

5. The Art of Happiness – 14th Dalai Lama and Howard Cutler

The Art of Happiness is essentially in a question answer format, where Howard Cutler, a psychiatrist questions the Dalai Lama on different perceptions of life. Dalai Lama’s answers, as well as observations made by Howard Cutler form the crux of the book that seeks to find answers to true happiness. What is happiness based on? Do external factors really play a role? And how can one attain happiness through continuous training of the mind and heart? To know this and more, you must read the book!

This book dwells on beliefs that limit the self and how by following the four agreements one can transform life into something that is meaningful and beautiful. Doubting the self can lead to unnecessary suffering and this book lays out the four fundamental agreements that can change life. The four agreements on which the book further expands are – ‘Be impeccable with your word, Don’t take anything personally, Don’t make assumptions, Always do your best.’

Written as earlier as in 400 BC, Tao Te Ching is a classical Chinese text and one of the basic books that lay the foundations for the philosophy of Taoism. Tao Te Ching has inspired generations of writers, thinkers, spiritualists, artists etc. and it is also translated in multiple languages. Though the time and origin of the text is debatable, there is no doubt that  written by the ‘Old Master’, Lao Tzu, this text highlights the qualities that a leader and hence any man should perfect.

8. Autobiography Of A Yogi – Paramahansa Yogananda

Published first in 1946, the Autobiography of a Yogi, is the autobiography of Paramahansa Yogananda. The book talks about his experiences with spiritual and philosophical figures in both the eastern and western worlds. Kriya Yoga Meditation are his teachings that are highlighted in the book and methods on to realize the being of God through wisdom and action. The book has been translated into many languages and has been in print for over seventy years now.

A recent publication, The Celestine Prophecy: An Adventure was published in 1993. This novel revolves around the protagonist who embarks on a journey to understand the nine spiritual insights that are found in the ancient scripts in Peru. The psychological and spiritual ideas of the east are featured in this novel. And life lessons on philosophy, religion and spirituality are discovered through first person encounters by the main character as he journeys to find the true meaning and insights of spiritual realms.

10. The Five People You Meet In Heaven – Mitch Albom

Mitch Albom’s main protagonist, Eddie, is inspired by his very own uncle. Killed in an amusement park, he is sent to heaven where he meets five people who impacted his life while he was alive. As Eddie walks through heaven meeting his five important people, he realizes how there is nothing random or coincidental about life. There is a connection and meaning to all thoughts and actions that shape life into what it seems. Written in 2003 this novel has also been adapted on screen as a television show.

Also known as Remember, Be Here Now was published in 1971 and written by the American spiritual teacher and yogi Ram Dass. Originally called Dr. Richard Alpert, the first section of the book showcases the transformation of Dr. Richard into Ram Dass. The second part of the book expands on religion, metaphysical aspects, spirituality and more. The third section of ‘Be Here Now’, is a ready reckoner for starting out on a spiritual or yogic path.

Made popular with the Hollywood movie based on the book, Eat, Pray, Love is the story of Elizabeth in her pursuit of happiness, worldly pleasures, as well as spiritual awakening. Elizabeth had everything going for her, however, she felt void and devoid of any happiness. She went through her divorce, depression, failed love and more and bounce back she decided to take on a year long journey with only herself. The book unfolds her journey as she discovers the world outside and more importantly herself within through travel, culture and interactions.

Philosophy and spirituality are heavy loaded subjects. They usually are not light, breezy reads that one can devour in a matter of hours. On the contrary, there is serious realization and a self confidence that comes with reading books on spirituality and philosophy.