The Buddha and the Art: Interpreting Philosophy through Creativity 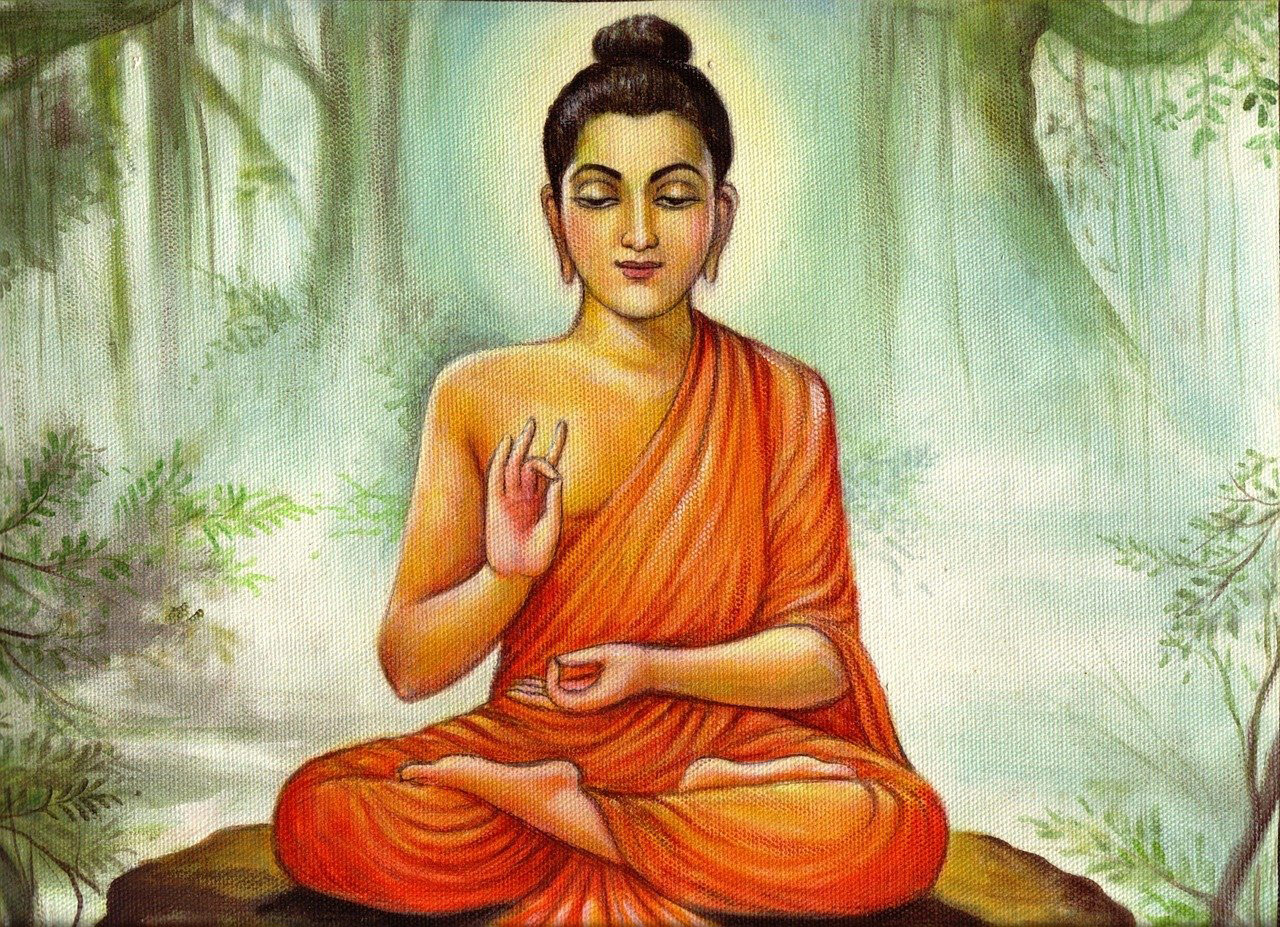 When theoretical considerations of a philosophy are complex and demand absolute attention to details, it is art that works as a communication medium. Indeed, along with literary sources, art is another noble source of interpreting and understanding philosophy. And with Buddhism, this becomes peculiarly evident.

The Buddha and the Buddhist philosophy have always been subjects of interest and admiration, and have left an indelible mark on human lives. Over the centuries, not only the life events of the philosopher, but even the Buddhist canons – affluent with moral and philosophical discourses and theories – have given way to several artistic conceptualizations, including narratives, sculptures and inscriptions.

In fact, Buddhism has been one of those philosophical domains, where artists have been leveraging their imaginative instincts prolifically. This has only helped in channelizing the virtues and the moral thoughts enshrined in the Tripitaka, the holy Buddhist corpus.

Episodic elaborations and regional adaptions characterize Buddhist art. However, notionally, the art remains independent of these contextual elements, as in each case the message that it conveys aligns perfectly with the original philosophical constructs.

A classic example, amongst myriad depictions, is that of Mara’s assault on young Siddhartha. May it be the Gandhara frieze or the Ajanta mural, philosophically, the art depicts Siddhartha’s mental encounter with his own senses, while crossing the materialistic boundaries before reaching enlightenment. It exhorts the viewer to be unflinchingly determined in not succumbing to recurring passions and desires.

Intriguing Sanchi sculptures that have kept arousing the enthusiasm of archaeologists and art historians are a surviving symbol of not just extraordinary craftsmanship but also of a strong philosophical acumen. At Sanchi, each artistic element is heavily perfused with philosophical essence. The narratives of Mahakapi Jataka and Vessantara Jataka, amongst others, engraved on the toranas (gateways) of the stupa corroborate strong scholarly instinct. While granting accessibility to the pradakshina patha, the toranas prompt us to act with selfless devotion, as the character of Bodhisattvas highlights in these tales.

Not just the art even the Buddhist thoughts are no less reflective in the Mahachaitya of Amravati or the ruins of the great Nalanda. Surviving the ravages of time, these monuments have silently borne the human onslaught, signifying that despite odds we must remain undeterred.

In its prime during the Ashokan era, the art entered a new phase and perfectly amalgamated with philosophy and literature. Profusely disseminating wisdom, the dynamic Ashokan edicts haven’t been deterred by geographical barriers and have continued to keep the Buddhist ethics immortal.

The principles of compassion and oneness that are deep-rooted in Buddhism find themselves translated into acrylic representations like the one that depict the Buddha meditating in the deer park. Showing the peaceful coexistence between two different species – the human and the deer, the scene exemplifies the Buddhist conservation-centric attitude that functions within the broader spectrum of deep ecology. The art does not miss to assimilate ecological aspects and brings to the fore the Buddhist egalitarian worldview that respects biodiversity.

In the twentieth century, Dr. Babasaheb Ambedkar’s revival of the religio-philosophical theory sparks artists’ imagination, which coupled with admiration, fosters creativity that gives way to a new art form. Through different themes, the Buddha and Dr. Ambedkar are together depicted as savior of sufferers, pioneers of rationalism, proponents of goodness, preachers of compassion and apostle of good human relations.

Aniconic forms dominated the early Buddhist art, but its wider implications can be interpreted in modern times too. The Buddhas of Bamiyan are standing instances of the fact that they didn’t suffer destruction but only acquired an aniconic form. Ironically, the destructive force itself became a thing of the past, but the aura of the serene Buddhas still permeates the void at the site. So well does this correlate with the Buddhist law of impermanence which stresses that matter keeps flitting between forms and ultimately loses its existence.

Insatiable artistic quest for innovation in present times is highlighted by the magnificent Mahasamadhi Boomi pagoda at the ancient Buddhist site of Pauni, on the banks of the Wainganga in Central India. The huge meditating Buddha idol accompanies that of Dr. Ambedkar, indicating the contemporary significance of the two personalities, and their followers’ shaping of themes around the idea. The cylindrical core of the pagoda’s top tier bears abstract floral designs that symbolize moral values like purity, generosity and righteousness.

Demonstrating that endless artistic dimensions present endless ways to portray philosophy, Buddhist art is an epitome of the fact that philosophies, sometimes, are incomplete without art.