Bunkar – The Last of the Varanasi Weavers

Bunkar – The Last of the Varanasi Weavers has won the Best Film (Arts and Culture) at the 66th National Film Awards. It is a matter of great pride for the forgotten weavers of Varanasi and reflects the team’s hard work and spirit. The film in fact, has bagged other various awards, including the Best Indian Film at the Banaras Film Festival 2019 and the Best Debut Director (Documentary) at the Jaipur International Film Festival. The film has been selected in the Indian Panorama at IFFI, as well as, was the official selection for the IndoGerman Film Week. Here is hoping that the film helps to ease the plight of the weavers, who find the lost glory once again in their art. And a hearty congratulations to the entire Bunkar team.

Bunkar – The Last of the Varanasi Weavers, a short documentary film shot on the shores of Varanasi is a poignant reminder of the lost glory of the Banaras weaver and a sincere effort at trying to be a part of a movement to revive its lost glory. 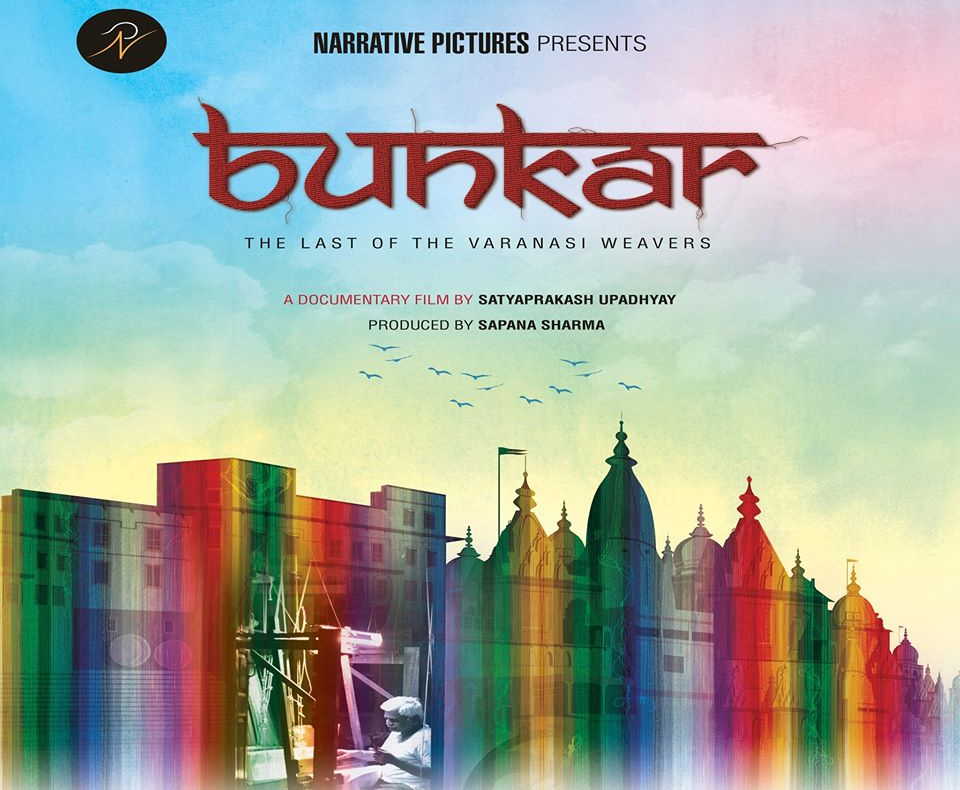 As the ghats of Khashi unfold its daily activities, the Ganga recounts the history and story of the Banaras art of weaving. The Banarasi sari is famous across the world, however very few of us know about how the hand weaved exotically rich and beautiful Banarasi fabric was a royal and luxury product. This Kashi cotton worn by characters of Mahabharatha has over the years found patronage under different dynasties and rulers flourishing fully till the Mughal era. However, with the British Raj who introduced power loom and machines to produce the saris that otherwise took 3 months to complete in a single day, the downfall of the bunkar began. 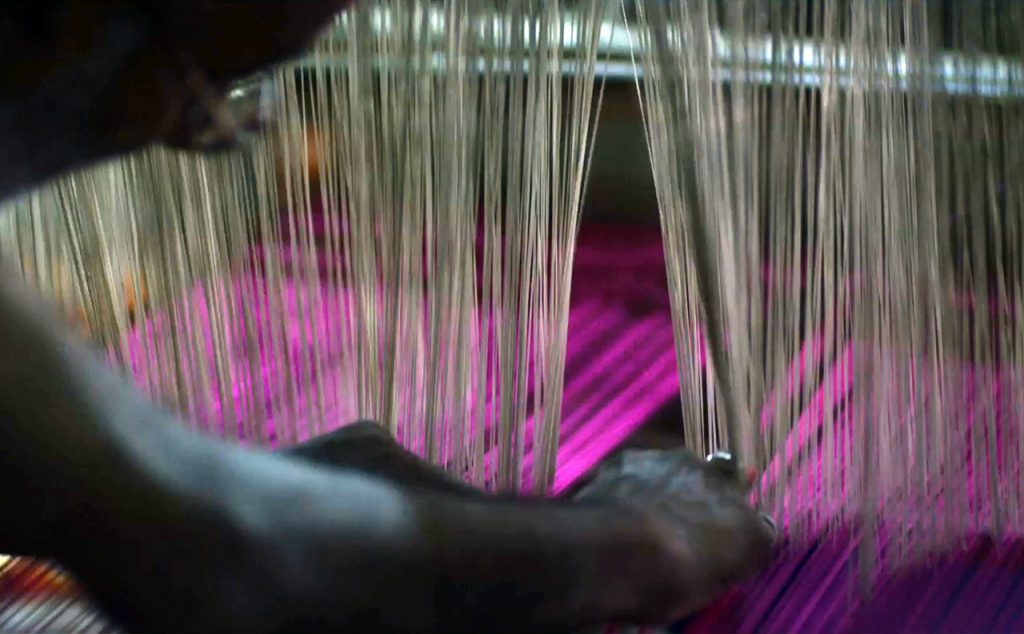 The film yet unreleased, interviews the artisans and those many concerned activists who relentlessly have been working for spreading awareness about the dying art. The plight of the weaver who is unable to meet his daily economic needs and the genuine concern that one of India’s finest skills and arts is slowly perishing at the hands of market and an unaware consumer is the palpable sub text throughout the film.

For me the main highlight of the story was the pride and social status of the weaver. The bunkar was amongst the most respected in the earlier eras whose skill and creativity was marveled at. Varanasi prospered economically and socially and put Indian handlooms on the global map, supplying their products to the exclusive royalty of the times who alone could afford such mastery and opulent wear. The traders out of respect stood up when the weaver brought his product for sale; such was the reverence, admiration and esteem of the weaver. But over the years, the weaver has become a mere laborer, losing out on the social standing and status in the society. This emotional and psychological marginalization of the bunkar and his hurt are manifested with a wonderful clarity throughout the film, making it so real, that in spite of all the other problems the bunkar faces, the blemish of his talent being undermined is the most painful aspect of the weaving community today. 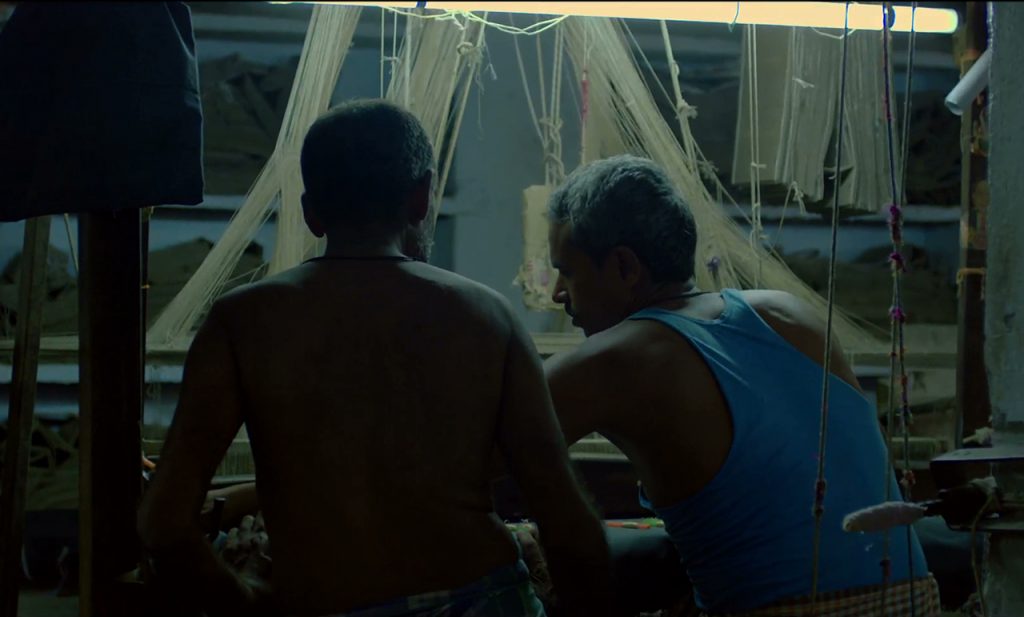 The film not only manages to bring forth a number of issues and problems that the bunkar faces but also tries and gives as many solutions and suggestions The artisans will sometimes make you smile, sometimes touch your heart with heartfelt discussions and the repeated image of the weaver meticulously following his designs amidst the subtle background sound of this handloom starts to grow on you, as you with the progress of the film learn to truly understand and appreciate the weaving process, its intricacies and the sheer creativity and hard work of the entire weaving family.

So what are the other problems that the bunkar faces today? The advent of power loom has managed to produce cheaper quality cloth faster and hence disoriented the market. However, the quality of the handloom fabric is unmatched and as a weaver explains in the film, the touch of a true Banarasi sari on your arm will give you goose bumps. The fabric speaks to the body of the wearer and stirs up a deep connection. 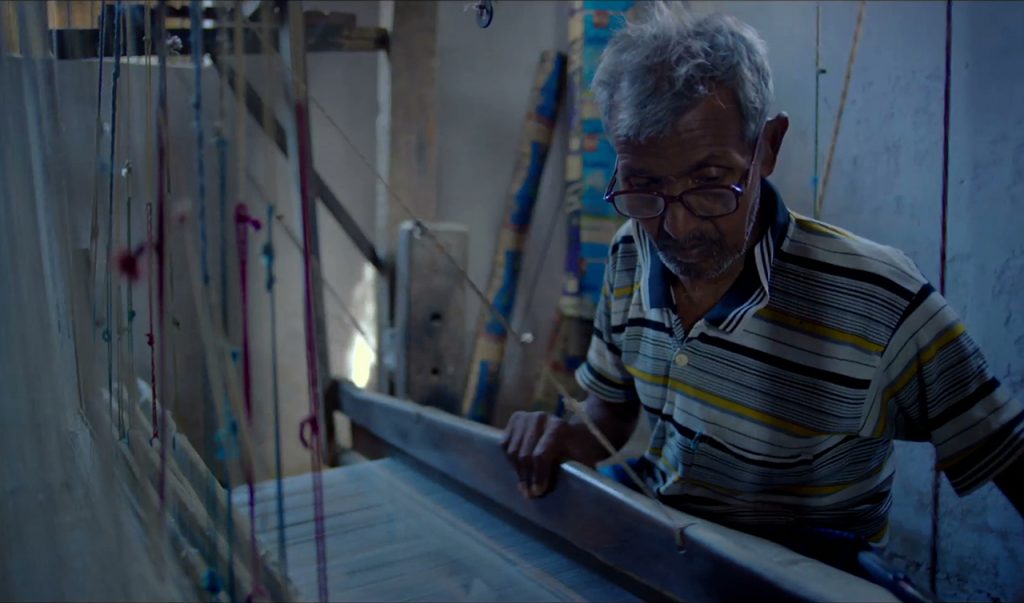 Another issue is the problem of unfair trader actions. Traders sell the machine made cloth as a handloom and take the major cut off the commission. A buyer may not know the difference between a real handloom material versus a power loom cheaper quality product and the traders take advantage of this, throwing the market in disarray that leaves the weavers in an unwarranted mess that is not of their making. As Smriti Morarka (Revivalist of Banaras Handloom Tantuvi) says in the film, this is like being stabbed by your own brother and is perhaps the largest problem that the weaving community faces. 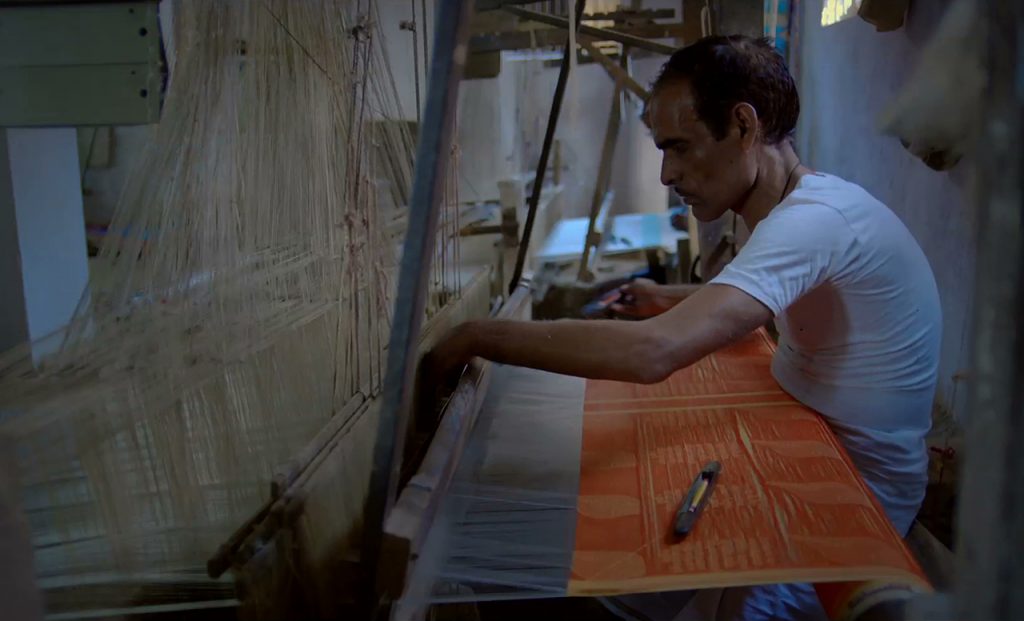 For consumers to be able to identify a handloom sari against a machine made product is to check for tiny holes at the edge and side of the material. A handloom sari will have these holes that are made from the handloom whereas the machine finished product will not. Similarly, the government by issuing the handloom tag as well as by securing the GI or Geograpical Indication to the Banaras Brocades and Sarees in 2009 has made it easier to identify an authentic Banarasi saree from a machine made one. The Handloom Day introduced in 2015 continues to recognize and award weavers with exceptional skills giving back to these artists a sense of pride and accomplishment.

It’s simple, when there is so much effort and talent put into an art, the remuneration for it needs to be equivalent, otherwise the art will see a decline and the artists will move out of the profession. Where once entire villages were involved in weaving, today not a single family practices weaving. The handlooms are neatly folded and kept away as the weaver moves out to do other jobs, such as, ride a rickshaw or work on a construction site to make ends meet. Worse the skill is not passed with as much enthusiasm to the next generation leading to a slow decline of the art itself. 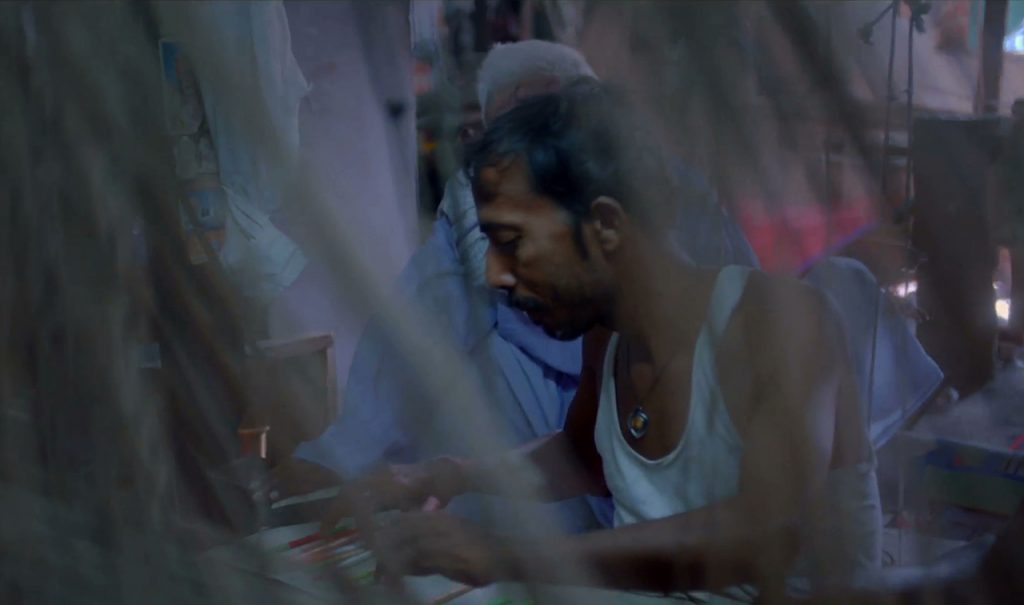 And hence the younger generation needs to find balance between learning the weaving skill as well as understanding the actual dynamics of the market since handloom weaving cannot be taught as a subject but has to be learned from a young age and passed down from one generation to another.

At the end of the hour long documentary, one is left with a sense of hollowness at the same time a glimmer of hope. The reality of the dying art hits you and the realization that artists of such creative level deserve better leaves one with a slight sense of shame. Varanasi weavers are unique; they are special and are the unsung heroes of fashion and creativity. Things are changing for the better and we all can be a part of that change. If by nothing else, by at least acknowledging, as the weavers themselves in the film say, that weaving is ‘Raja kaam’ or the work of kings.

Directed by Satyaprakash Upadhyay try and watch this well researched film upon its release. It will be an hour well spent!