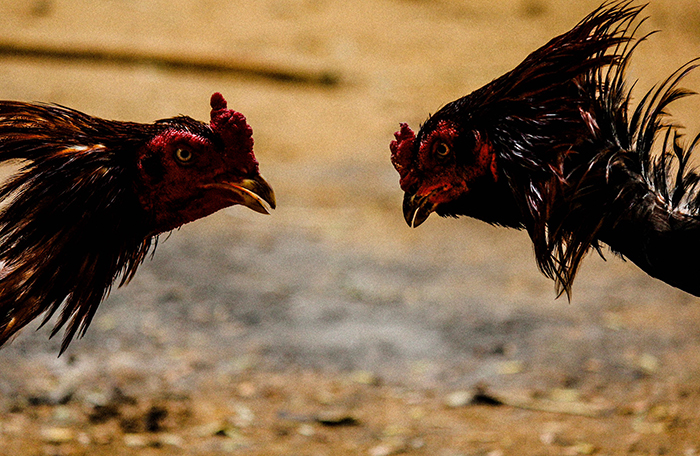 A cockfight is a blood sport between two roosters (cocks), or more accurately gamecocks, held in a ring called ‘cockpit’. Cock fighting is said to be the world’s oldest spectator sport, dating back to 6,000 years in Persia. The sport was popular in ancient times in India, China, Persia, and was introduced in Ancient Greece at around 500 BC. For a long time, the Romans despised this “Greek diversion”, but they ended up adopting it so enthusiastically that historians complained that devotees often spent their whole patrimony in betting on cockfights. 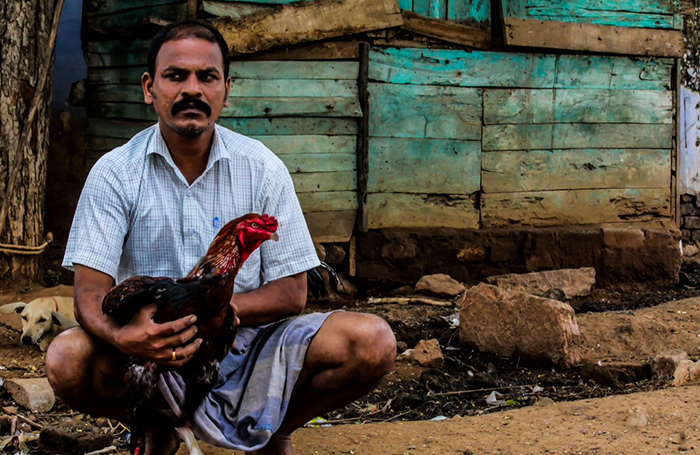 Cockfighting in Tamil Nadu is mentioned in ancient literature like Manu Needhi Sastiram, Kattu Seval Sastiram and other Sangam literature that are 2,000 years old. Referred as the favourite pastime for warriors of the Tamil region, it is acknowledged as one of the “64 arts” to be mastered by scholars. In early days, fights were arranged with the jungle fowl and its variants. Later, Chola and Pandyan kings undertook many naval expeditions to Java and Malay, due to which the local poultry of that land found its way to Tamil Nadu, which later spread to many places such as India. 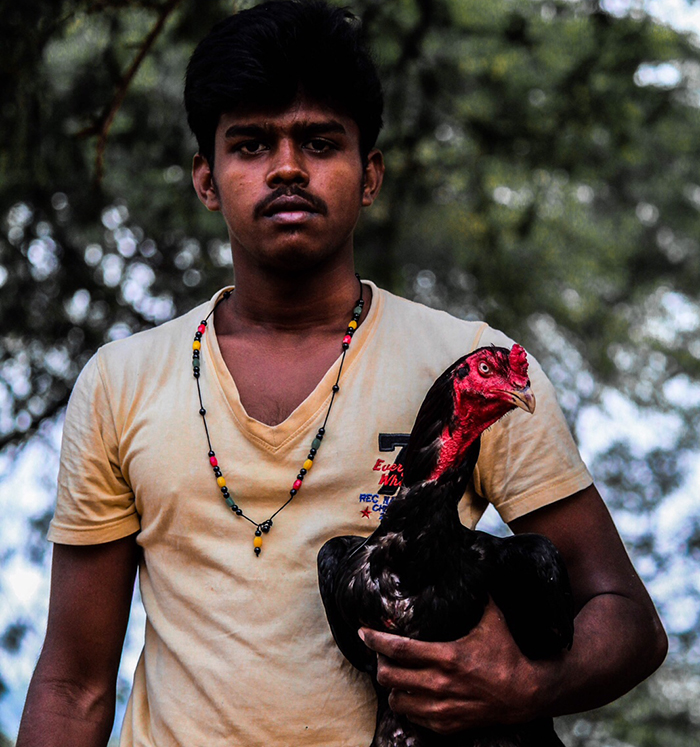 A cockfighting style Vetrukkaal seval porr meaning “naked heel cock fight” in Tamil (Kodi Pandem in Telugu) (Kori Katta in Tulu) is a favourite sport of people living in the coastal regions of Tamilnadu, Andhra Pradesh, and Tulu Nadu region of Karnataka in India. Three or four-inch blades are attached to the cock’s legs. Knockout fights to the death are widely practised in Andhra Pradesh. In Tamil Nadu, the winner is decided after three or four rounds, where only the naked heel sport is performed.

There are a wide variety of new breeds such as the ‘Reja’ (short variety), ‘Sonatol’, ‘Calcutta Asil’, ‘Madras Asil’, ‘Kalkatiya’ (known as ‘Kadhar’ synonymous to Black Asils), The Reds (known locally as ‘Yakuth’), The Yellow Variants (Peela Asil), The Grey (‘Java’) and its variants reddish grey as ‘Dummer’. They also have a “henny” variety cock known locally as “Pettai Maadhiri” the literal meaning is “it looks like a hen”, though this variety is said to have come from Sri Lanka. The most aggressive variety is called ‘Galva’, whose lineage possesses a moustache like hair beneath the cock’s lower beak. 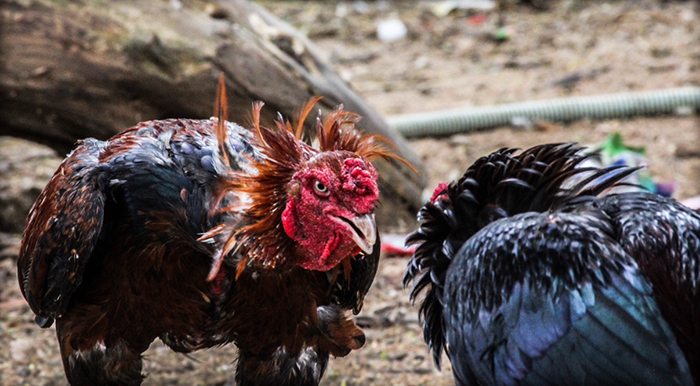 In Tamil Nadu, a line is drawn on the ground instead of rings and if the cock comes out of the line or falls or dies, the cock has lost the game. There are several Tamil films based on cockfight. Spot fight and agreement fights are usually the two types of cockfights conducted in Tamil Nadu. Agreement fights are conducted by showing the roosters 21 days in advance by both the parties and a fight date is fixed. Typically, 21 days is fixed because a hen takes 21 days to hatch its eggs. In these 21days, preparation procedures such as medication and stamina boosters are given orally by experts, exercise and swimming is given at regular intervals. The nail or mullu is sharpened one day before the actual day of fight.

Gowriaar is the person who popularized the game in Tamil Nadu and Kerala, preparation and training experts keep their technique secret. Coimbatore Arumugan is one of the best traditional trainers and cockfighting preparation experts in Tamil Nadu and Palakkad Kunjan is famous in southern Kerala. However, this sport has been banned in several parts of India, which has affected many a spectator’s mind. Cock owners who have spent lot of time and money on raising them are suffering. Everyone expects that there should be regulatory guidelines created, which should be followed during those fights, so that this sport can be continued. 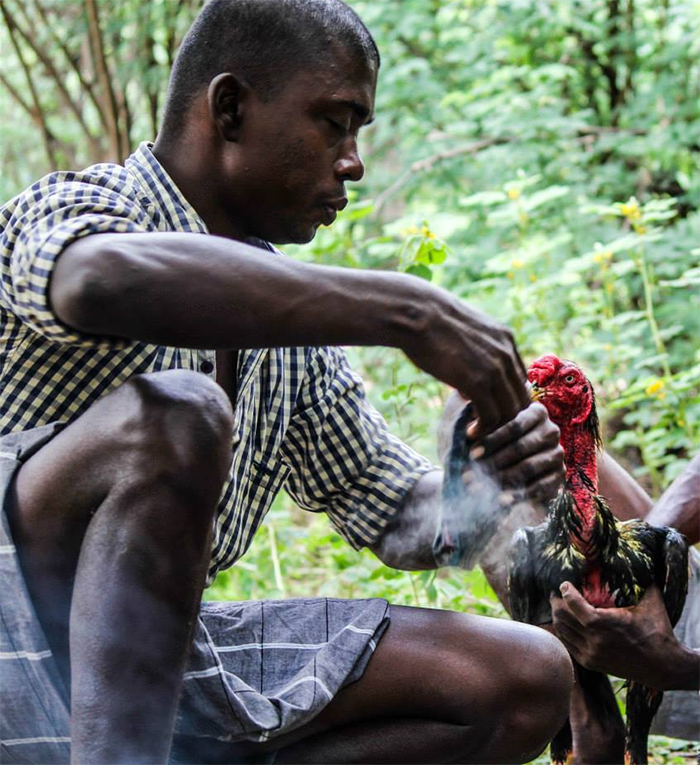 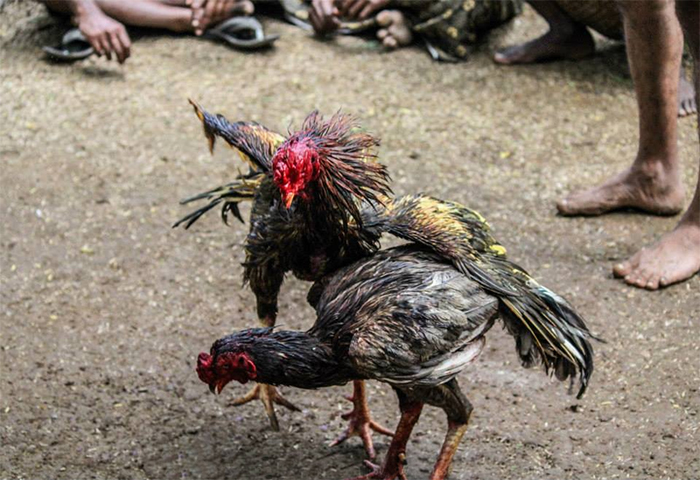 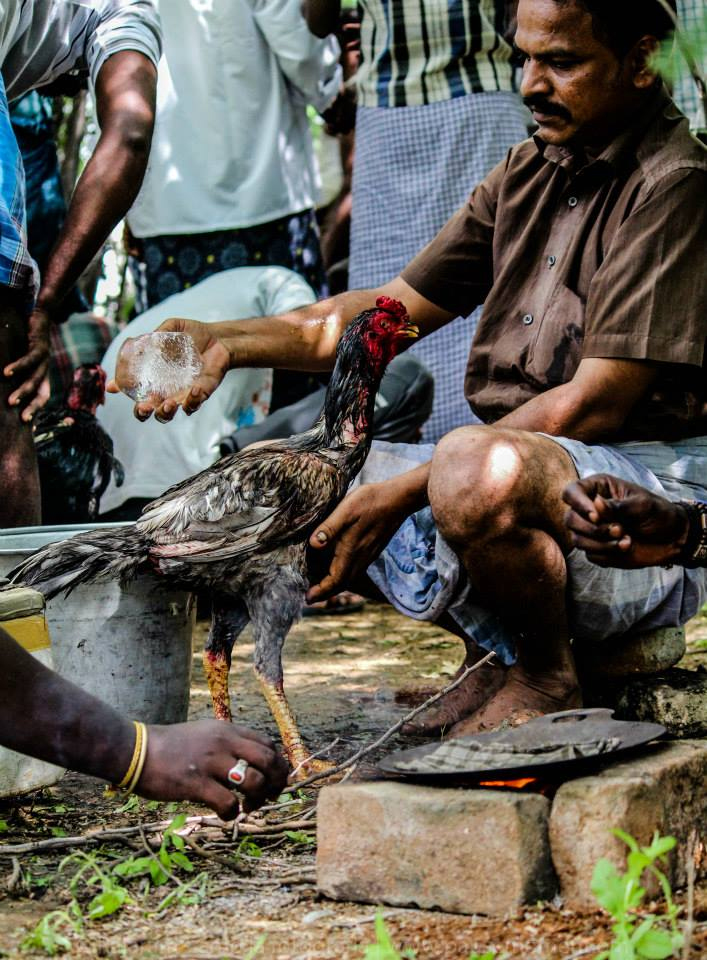 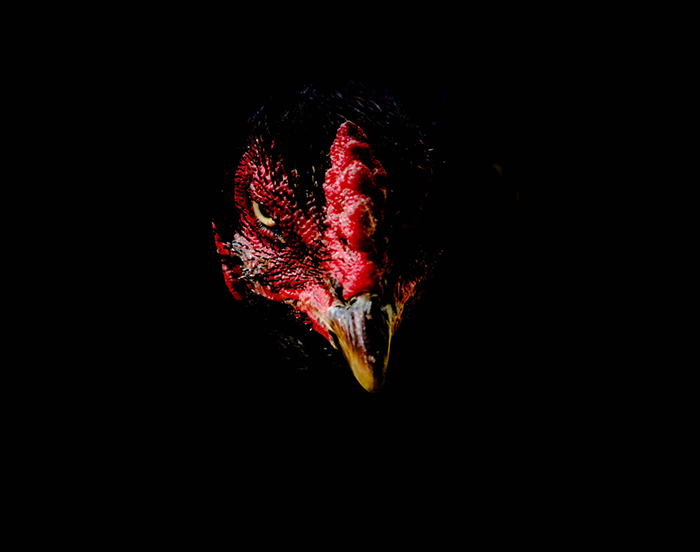