Continued from Crossover Movies – Part I 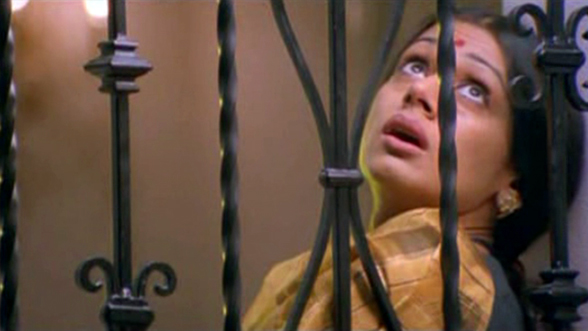 Cinema in India is still something that is supposed to be entertaining and hence reality in cinema is yet to appeal to the masses. Crossover genre movies in India have been successful to some extent in giving us a reality-based cinema that goes beyond the “larger than life” portrayal that Bollywood offers. Such movies generally appeal to the urban, educated elite. It will be a while before the gloss and flash of Bollywood is overtaken and reality and its portrayal accepted by the audience wholeheartedly.

Crossover category of entertainment also refers to plotting two or more discrete characters, settings or stories together in one story. This is generally done to combine the essence of two different concepts and reap the benefits of them together. In many cases, such Crossover movies try to explain their existence through a dimensional rift or science fiction. 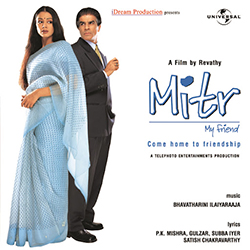 This film is a classic portrayal of the quintessential Indian housewife who sacrifices her life for the betterment of her family, and later feels dejected when the family sidelines her. The protagonist Lakshmi (Shobana) is a typical South Indian girl from Chidambaram, who is happily married to Prithvi (Nasir Abdullah), a software engineer working in California. However, when her daughter Divya (Preeti Vissa) grows up to an adolescent who adapts to the American way of life, she is offended by her daughter’s carefree lifestyle.

Divya moves out of house one day, overwhelming Lakshmi who realises that there is more to life than just cooking and caring for the family. She seeks a shoulder in an internet chat room, where she meets a “Mitr” (Sanskrit word for friend), with whom she is able to share her feelings. The film was also noted for Director Revathi working with an all-woman crew who shot the major part of the film in California. 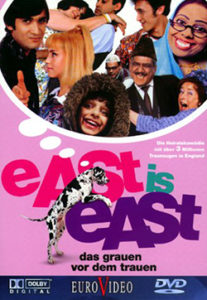 Well, how can I not mention East is East, the all-time classic movie that depicts the situation of a truly mixed family from every sense. Set in Britain in 1971, in a mixed-ethnicity British household headed by Pakistani father George (Om Puri) and an English mother, Ella (Linda Bassett), there is force to accept and practice the Pakistani way.

The second generation children born and brought up in Britain increasingly see themselves as British and reject Pakistani customs in general, leading to conflicts in the family. The irony of a dual life and expectations are expressed beautifully. The family goes to Pakistan for finding a bride for the eldest son, and all hell breaks loose when George’s first wife finds out about his British family. The film did fairly well across Europe and won the Director Damien O’Donnell many awards including Best British Film at the BAFTA Awards and the Best Comedy Film at the British Comedy Awards. 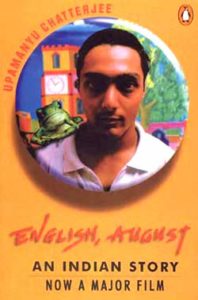 Dev Benegal’s directorial debut is based on the book by Upamanyu Chatterjee depicts a crossover experience of a different kind. Our protagonist, Agastya Sen, (Rahul Bose) is a Delhi-bred young man who has the dream like most Indians of cracking the civil services and joining the IAS. His Delhi University education and posh upper middle class upbringing does not prepare him for the culture shock that awaits him when he joins as a trainee probationer in Madna, a small dot in the vast Indian hinterland. No education or study of philosophy is quite enough to face the list of “characters” he encounters in Madna.

English, August is one of the earliest films and the best ones that analyzed the dichotomy prevalent in Indian society. The elite and educated India pitted against the caste ridden, poor and complex India, which is very upwardly mobile and “noveau riche”. 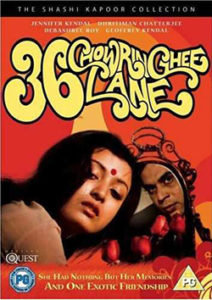 This is one of my favourite movies and was released during the height of the parallel cinema movement in India in the early 80s. This movie was Aparna Sen’s first directorial venture and explores the life of isolation for Anglo Indian Violet (played by Jennifer Kapoor) in Post-Independence India. It very beautifully captures the pain of loneliness, old age, uselessness and of being a “fish out of water” for old Violet who tries her best to establish a social life for herself unsuccessfully.

Many times in the movie, we find Violet reminiscing about good old times when she was younger. The final scene of the movie is most touching where Violet recites from “King Lear” and the only spectator is a dog. This scene captures the situation of her entire life where she feels lost, unloved and unwanted in post-colonial India.