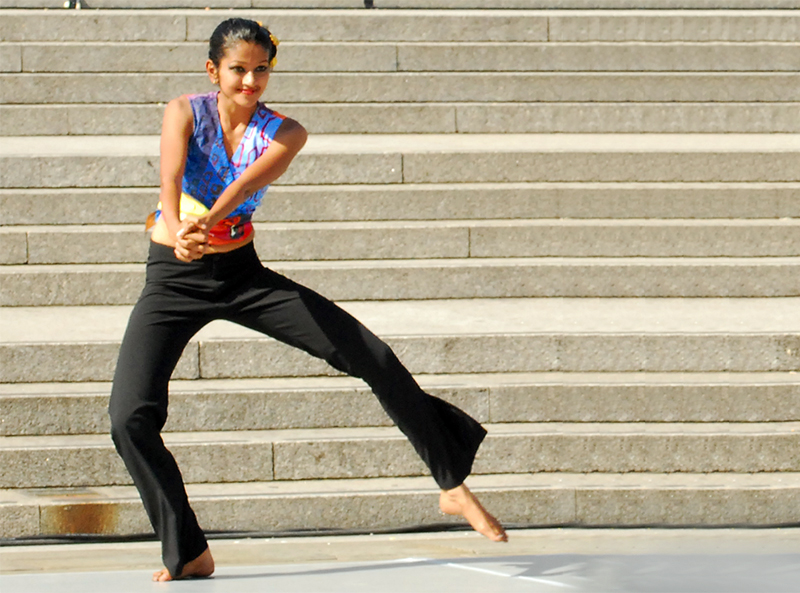 I still remember my first Bharatanatyam lesson as a six year old. I was shy and timid and the world seemed monstrously huge. My dance teacher was a 60+ year old man, who didn’t use any special communication skills to teach his younger pupils. When he bluntly asked me bend my knees more and turn them out, I nervously peeked at my peers, who were giggling. That made me feel like digging a hole in the ground and disappear. That was my first dance class. The discomfort made me quit the very next week; I preferred rather spending my Sunday mornings watching Alice in Wonderland on television.

Fortunately, I came back to a new Bharatanatyam class about four years later, and stayed on for another eight years. Dancing was so wonderful, so dreamy, such an escape from the harsh, real world! I could do it forever! However, I was told that we cannot live off dance, which was just a hobby. So I studied the next thing I loved the most – Journalism. While I craved for other forms of dance, the little sea-side town I came from, offered nothing more than Bharatanatyam. It was traditional and it was safe. They didn’t want to corrupt the younger generation with other weird things that were outside our culture.

When I started working as a journalist in the crowded city of Bangalore, I could finally take some Ballet lessons. I was very thrilled! Eventually, my Ballet classes became more important than going to my news bureau. On a tiresome working Sunday evening, I asked myself, “If I am working so hard anyway, why shouldn’t I work hard as a dancer instead?” I quit my job the next day and I auditioned with one of the contemporary dance companies in the city and was invited to join them in a week’s time.

Seven years have passed since. When I look back at my decision then, I am filled with amazement for my own younger, naïve self, for the courage showed. It wasn’t easy, it still is not, but it was worth it. I worked with Nritarutya Dance Collective for 20 months. It was my first step into what they called as “Indian contemporary dance”. It was strange, new and very fast. The company was young and upcoming; we were 8 enthusiastic young people dancing there, while also running the administration and other chores. I was under-experienced, but energetic and I danced for the sake of pleasure.

Dancing for the sake of pleasure is where it all begins. Hopefully, that is not where it ends. Sadly, it very well does so for many. But I thank god that it didn’t for me. It could have. I have no clear definition of the dance that I was dancing then. The company liked to call it “Indian contemporary dance”. The intention was to draw from the rich cultural heritage of the fossilized classical dance forms of India (pardon my political incorrectness!) and apply it to the modern world, in a contemporary fashion. I had my questions about the basics of what the word “contemporary” means in dance. 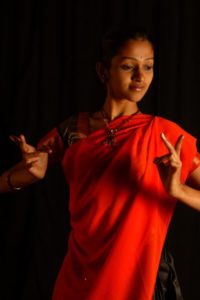 When you question the basics, life becomes somewhat hard to get on with. The company used motifs from the Indian classical dance like the stance, the gestures, the bhavas, the rhythm patterns, and interlaced them with motifs of martial arts and acrobatics, placing them in various thematic contexts. It was visually stimulating, entertaining; but stirring my questions to become a lot stronger. “Is entertainment the primary purpose of dance? Are the gestures and the rhythms the real essence of Indian classical dance? Therefore, if I use them in my dance in a slightly different context, while wearing new-age clothing, does it translate the essence to a contemporary realm?”

The perfect answer would have been “yes”; a politically correct one “Maybe, maybe not”. However, I strongly disagreed. To me, the essence of the classical Indian dance is its spirituality. This spirituality may be embedded in its gestures and stances, but most importantly, it had to originate from a deep sense of devotion. Devotion to what? I didn’t know. Was I not devoted enough as a contemporary dancer? I was very devoted to my practice. What was missing then? I didn’t know. Thus began my search for a “real” transition from classical to contemporary. The story of every classical-converted-to-contemporary dancer in India, I believe!