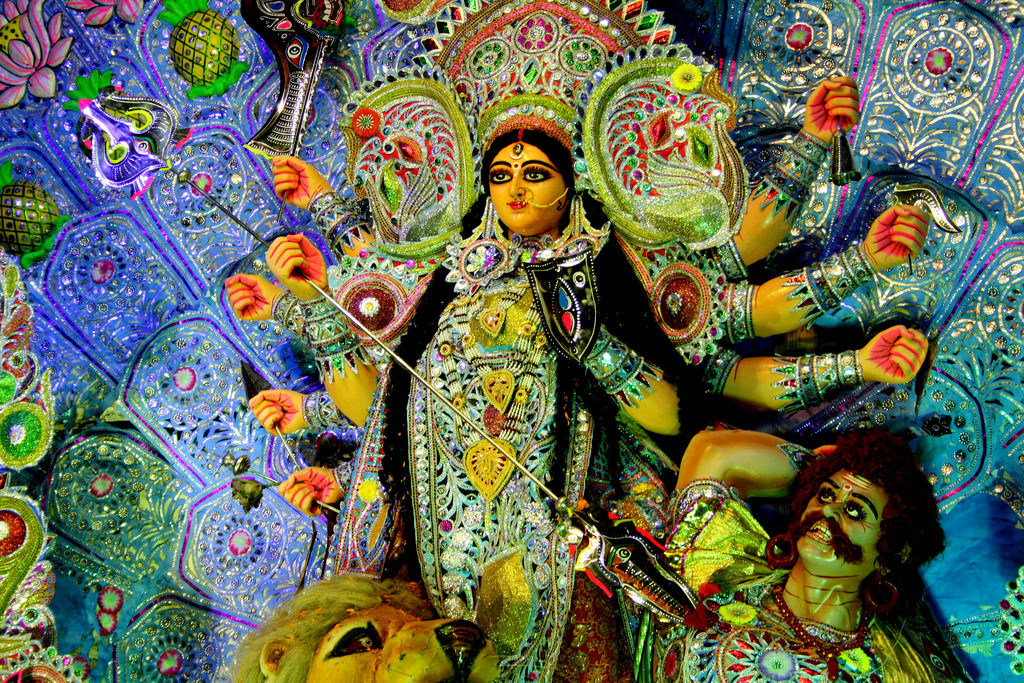 As a child brought up in Bengal, I have been gripped many a times by the fervour surrounding the Durga Puja. Approaching Pujas, my eyes would search for the motherly silhouette of Maa Durga everywhere I went. In my childhood days, Durga Puja meant a mini-vacation from school and it also meant that I could participate in the festivities with friends and family. I would fancy wearing new clothes and accessories; my parents would also give me some pocket money to buy ice creams, puchkas and trinkets from puja stalls.

Clasped by a spirit of festal reverberation Bengalis celebrate the glittering presence of Maa Durga during her once-a-year four day residence amid earthlings. Shashti, Saptami, Maha Ashtami, and Navami are the names given to these four days, and special puja ceremonies and rituals are conducted by priests during the same. Durga Pujas are organised to welcome the arrival of Durga Maa and to celebrate her triumph over the demon Mahishasur. It is a symbolic festival which is celebrated the world over by the Hindu community, especially the Bengalis. In rest of India, the festivities stretch out over a period of nine days and are known as Navaratris. The symbolism of good prevailing over bad is perfectly represented on this auspicious occasion. 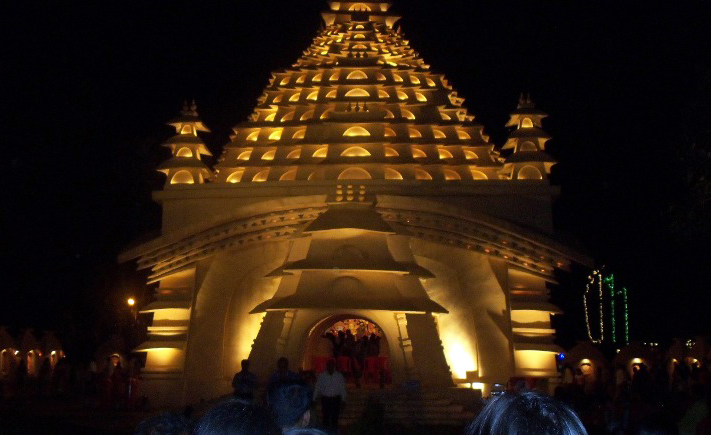 Enamoured by the sound of ceremonial dhaak and clustered behind a smoke of dried coconut skin and dhuno, people would stand in veneration in Puja pandals, waiting for a glimpse of the pious face of Maa Durga. Decorated pandals in wood, bamboo sheets and structures and the idol of the deity in clay and plaster of Paris, draped in magenta, crimson, dark blue, turquoise, red or pink silk saris; flanked by her sons and daughters on either side, including Saraswati, deity of the arts, knowledge, music, Lakshmi, deity of fortune and wealth and Kartikeya and Shri Ganesh; the ambience would be rent with sublime optimism. And through a layer of light dhuno smoke, Maa Durga would stare back at everyone with élan, almost nudging everyone to pray some more. 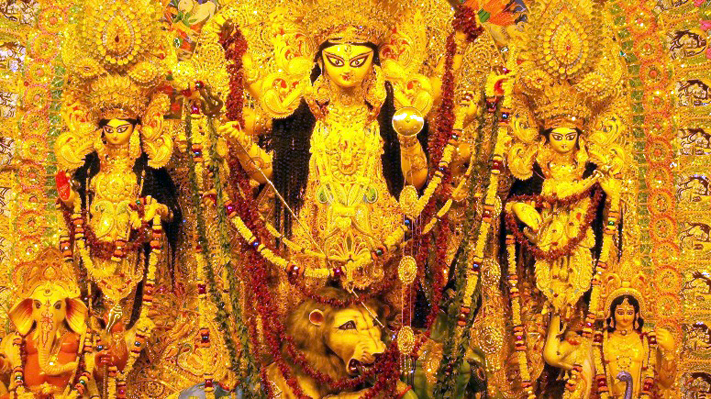 During the Pujas, Bhog Prasad would usually be served to all those who came to the Puja pandals. In the evenings events like singing, dancing and other competitions would take place in an adjoining stage within the pandals, mostly for children. Cities would be soaked in lights at night, and any noise or annoying snarling traffic jams forgotten by those rushing on foot to see their deity in golden finery. Not only in the city of Joy, Kolkata, but also in Delhi and other cities across the country I have experienced similar wonder during Pujas. Therefore it has always never really been about the city, but the festival itself, which finds acceptance in almost all regions of the country and amongst most communities. 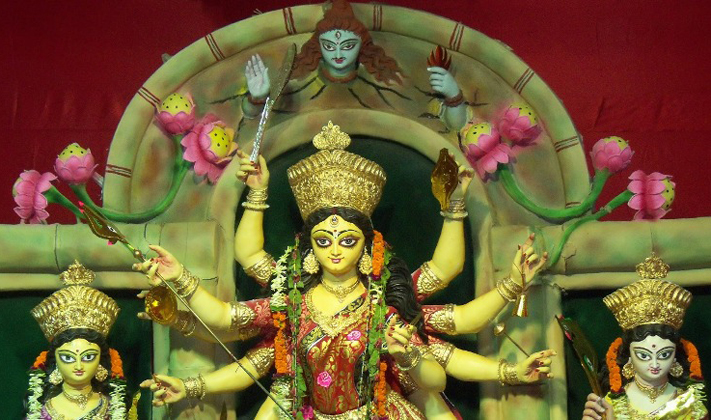 On Bijoya Dashami, which is the name given to the fifth day of the Pujas; Maa Durga’s idol is submerged in the river, with loud chants of Shri Durga Mai ki Jai. A gust of emptiness would usually come upon me on the last day, because in reality, the Goddess does fill the air with unencumbered positive affluence throughout the festival. But then I would suddenly remember that she would return again next year and this would always give me something precious to look forward to.

Many features of Durga Pujas have essentially remained the same over the years. Except for altering certain aspects related to the designs of the pandals, like shifting to theme-based pujas like themes on Harry Potter, Himalayas, famous Ashrams like Belur Math, Dakhineshwar, Konark Temple, Jurassic Park etc in addition to traditional Puja ornamentation, all else about the pujas has remained unchanged. In several ways even today, Durga Puja retains the same harmony, authenticity, fervour, love, generosity, abundance and efficacy of years gone past. I see similar ecstatic expressions on normally stoic faces, looking at the divine mother with impassioned faith, seeking abundance, love and her blessings. This year too, events, personalities, themes, around her may subtly change, but the goddess shall remain as powerful; ever so angelic, unprejudiced and compassionate.

Box Item: Four months prior to Durga Pujas, clay idol makers set out to create corporeal forms of the Goddess; coalesced in ingredients of clay, bamboo and plaster of Paris. Painstakingly, in the skilled hands of the artisans and devotion in their hearts, wisdom takes shape in the heavenly image of Maa Durga, including her arms, feet, torso, entire form and her beautiful large luminous eyes. Clay from the Ganges turns into giant deities. Garlanded in marigolds, roses, and with lotuses at her feet, she showers her blessings on those who fastidiously create her and those who deeply worship her.
Also Published on the HansIndia Daily