Do We Worship Saraswati the Way We do Lakshmi?

“To that divine power, who abides in the form of Education and Knowledge.” Those are the words written on a framed picture of Goddess Saraswati, which was awarded to me for my sloka recitation sessions in my sixth grade. Although my religious beliefs have evolved over the years, the picture still remains hanging on the wall of my room. Maybe it is the love and respect for education that my parents and teachers instilled in me at a tender age, or some sort of emotional attachment that I have for this peculiar yet special prize.

So, Saraswati (Saraswathi or Sarasvati), the goddess of knowledge and education has always held a special place in my heart. Unfortunately, it might just not be the same with many other people. Her importance seems to depreciate when compared to that of another divine power, Lakshmi – the goddess of wealth. Although Saraswati and Lakshmi are two among the several manifestations of Adi Shakti (The Supreme Being/Divine Mother), the latter has been stealing a lot of limelight lately.

My grandmother always said, “Pursue Saraswati, and Lakshmi will naturally come your life.” So I did, all my life. I inculcated an undying appetite for learning new things and seeking knowledge in everyplace I went and everything I did. However, sadly the scenario has changed today; in the hungry chase of the materialistic wealth, the goddess of knowledge has been left behind in this hypocritical society. 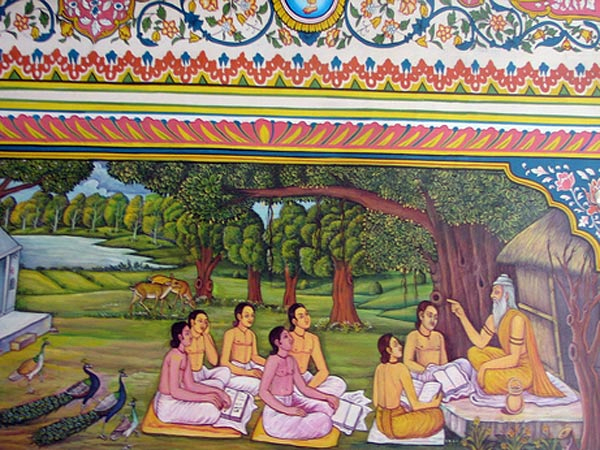 In ancient days, acquiring good education was extremely hard and considered fortunate. A man had to be lucky to get a Guru to impart wisdom and knowledge in their lives. Women were often deprived of any education. Remember the story of Mahabharatha about Karna hiding his low caste from his Brahmin guru in order to convince him to impart knowledge…

Such was the importance given to the art of learning. However, with the changing times, there was a radical shift in the priorities and all it matters now is the green notes that we need to take forward the vehicle of life. Survival of the fittest, as they say, now needs money more than anything.

So, in this age of speed and greed, Lakshmi has overpowered her co-manifestation in an unlikely race. A visit to Goddess Saraswati is now just confined to initiation of ‘Aksharabhyasam’ for little kids or perhaps, during the time of competitive exams. What’s worse is that these days, Saraswati can be bought with the help of Lakshmi! I mean, look at all the mad rush for admissions in corporate schools and the management quota seats in colleges that can be acquired with stacks of money. Education now, can be achieved through money power. However, one can never fathom the true essence of knowledge, if there’s no interest and deference towards learning.

Maybe what I was imparted with during my childhood was a piece of wisdom passed on to me by my grandma. I need to say this because, there are many thoughts countering this statement about the association of Saraswati and Lakshmi. Many say Lakshmi and Saraswati are rivals, who do not wish to be in the same place at a time. Yes, many successful personalities and business tycoons are not highly educated. But people fail to observe that those achievers had immense skill and talent in their chosen field, which again turns out to be Saraswati. 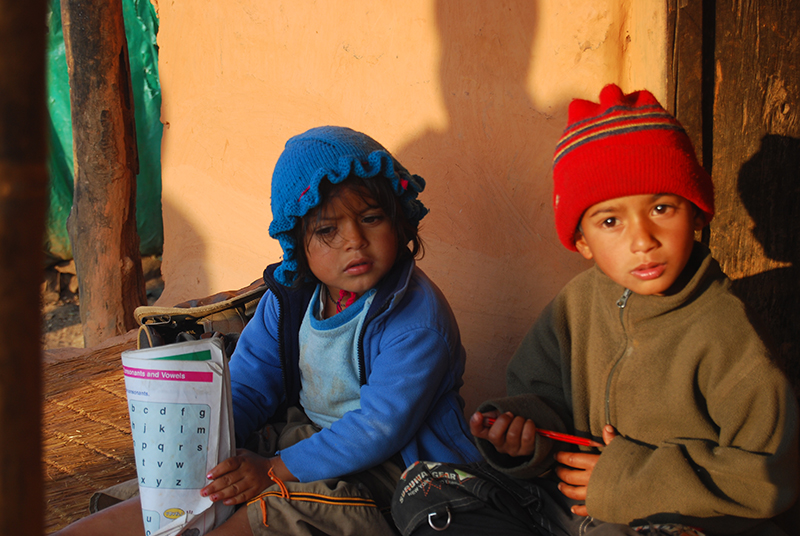 Whenever someone acquires wealth through luck, say for example, a lottery or inheritance, Goddess Lakshmi is praised. This may be probably the only situation where Lakshmi comes without Saraswati. They take this one piece of argument and form a conclusion that both these divine powers cannot dwell together. What people don’t understand is that a fool and his money are soon parted!

There’s an ancient Indian aphorism that says “when we are at our worst, Saraswati stays with us while Lakshmi disappears”. It could be our pride of having wealth, or may be our negligence that we do not give importance to wise decisions in life; and they lead to our destruction.

No matter how many points we raise in an argument, it is an undeniable truth that we do not worship Saraswati the way we do Lakshmi in our lives. Look around for the numerous shrines in our houses, temples with golden gopuras and thousands of prayers during different festivals and one day devoted to her every single week.

If our country has to become a knowledge oriented society, we respect as much as we do Lakshmi. It need not be worshipping in the form of a deity, but acknowledging her manifestation in our lives in the form of knowledge, wisdom, intelligence, skills and consciousness. I believe, it is when Saraswati is truly admired, Lakshmi shines in our lives!