The Enigma of Enid Blyton 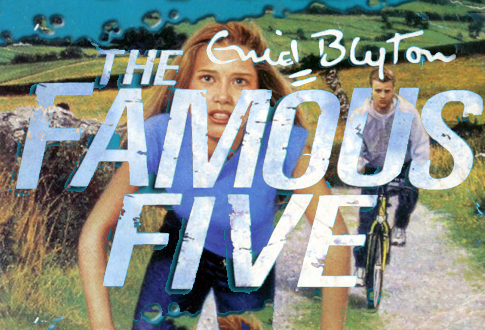 “Fancy you asking me that!” Now, for any die-hard Enid Blyton fan, this phrase shouldn’t be hard to identify with. It is one she often used in her hugely popular Famous Five series. What was it about this writer that was so unique? Born in East Dulwich, London, England in 1897, Enid Blyton was born in a middle class home and lived a regular life.

Blyton was a talented pianist, but she gave it up when she turned to teaching. In her spare time, she wrote. Blyton had a unique way of writing. There have been many great children’s writers, but her way of writing was simple yet never boring.

Blyton’s writings were meant mostly for young children; her stories were those of fantasies. In her stories, children were free to explore and play to their hearts’ content without adult interference. A lot of people, including myself, cultivated the love of reading because of early exposure to Enid Blyton. Tusharika Agrawal, a huge Blyton fan, reiterates, “I used to wait for Mondays, because that’s when we used to have the library period in school. When I finally exhausted the stock in the library, I began to buy my own Blytons. I feel like my childhood would’ve been incomplete without her books”.

While a lot of children will agree with this, there are, however, some detractors. Critics believe that Blyton’s writing was too simplistic; she did in fact use extremely narrow vocabulary. For this reason, the writer had to face several rejections during her career. For instance, when Blyton’s husband, Hugh Pollock, wrote to the BBC that she be allowed to broadcast over the radio in 1938, he received a reply that her stories don’t have much literary value. However, continued patronage by adolescent readers across the globe even today puts to rest all criticism.

While Blyton was a prolific writer with several titles to her name, there are some which have become immortalised in history. 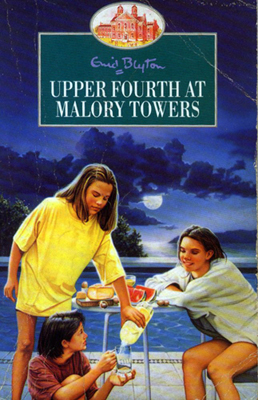 Arguably the most popular series the author wrote, the books are based on the lives of five characters – siblings Julian, Anne and Dick, along with their cousin George (her real name is Georgina but she hates it!) and her trustworthy dog Timothy (or Timmy), embark on adventures before finally solving a mystery, thanks to their sleuthing skills. In these stories, readers not only are taken on an amazing journey of adventure, but are also introduced to the endearing friendship between the five. This series was popular for the delicious descriptions of the characters’ favourite snacks – ginger ale, sandwiches and lemonade. All 21 series sold like hot cakes, and continue to be favourites even today.

The ‘secret seven’ are Peter (the society’s leader), Janet (Peter’s sister), Jack, Barbara, George, Pam and Colin. This is also a mystery series, but while the Famous Five come upon adventures by chance and set about solving them informally, the Secret Seven have a society, complete with badges and passwords, to help them solve their case.

This series is about boarding school life and its highs and lows. The protagonist is Darrell Rivers and the series follows her from her first year at the Malory Towers right up to the time she graduates.

In this three book series, the children Jo, Bessie and Fanny discover a tree in a forest. This is the Faraway Tree. At the top of the tree, there is a ladder which leads to an exciting new land every time the children visit, as it ‘moves on’ to make way for a new land.

Heather, a Blyton fan from Australia, writes on www.enidblyton.net a fan website, “I read them several times, and over the years compiled more and more… including Secret Seven and Five-Find Outers.” Another such site set up by Blyton fans is www.enidblytonsociety.co.uk. Both these sites are extremely useful for information and discussions about the writer. One can even find the text of several of Enid Blyton’s books which have been painstakingly transcribed by Blyton enthusiasts.

Blyton was seen by some, including one of her own daughters, as being an arrogant and scheming person in her personal life. However, for millions of fans worldwide, it doesn’t change the fact that she was a writer par excellence. Fatema Parasnis, “I grew up on Blyton’s novels. I now have a son, and I hope that he too will inculcate a love of reading and that Enid Blyton can bring to him the kind of joy and satisfaction that she did me”. Tusharika adds, “I learnt a lot of lessons of life from Blyton; she shaped my foundation to a great extent”.