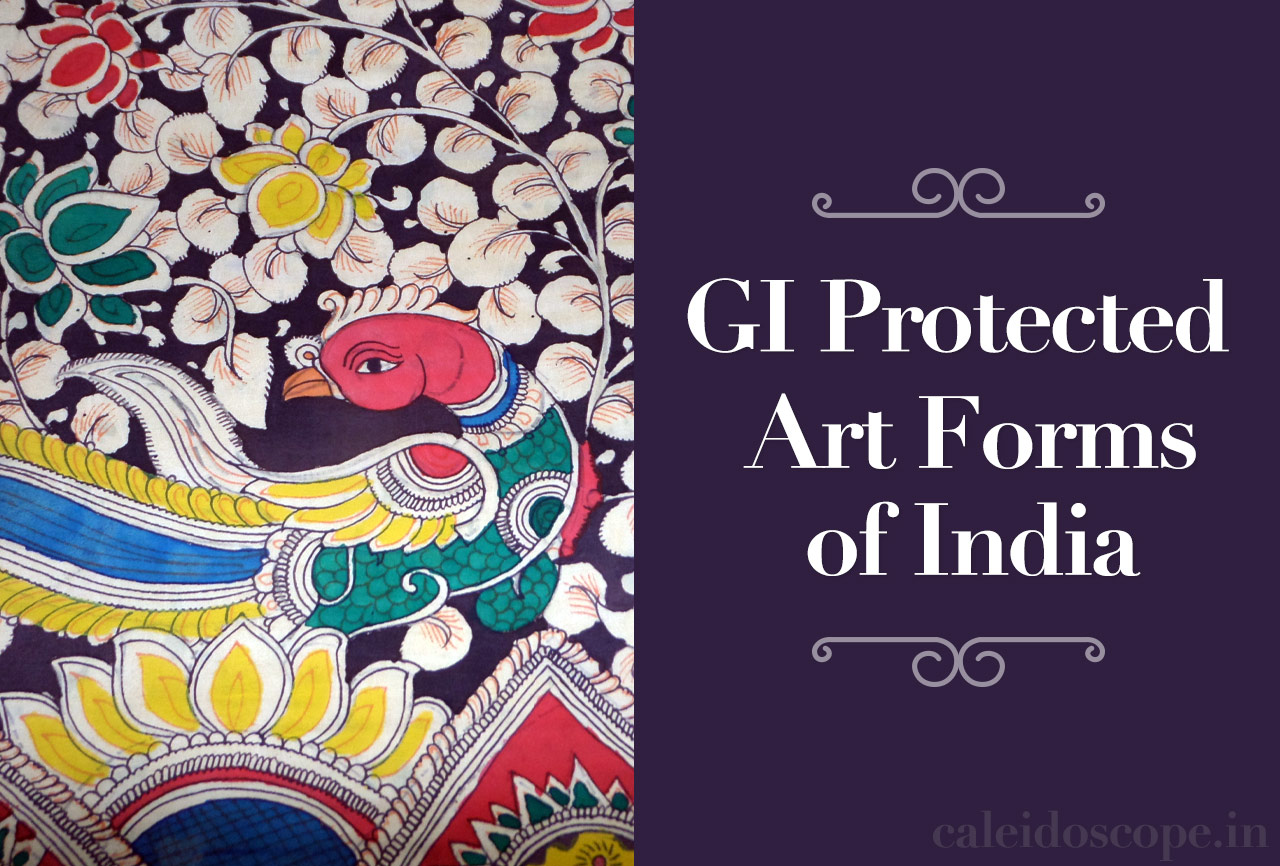 A geographical indication (GI) tag is a trade name or label applied to particular products that designates a particular geographic region or country of origin. The GI tag makes sure that only individuals who have been approved as users and who are physically present in the geographical territory are permitted to use the product name. The GI label confirms that the product possesses special characteristics that can be regarded as local community intellectual property. Darjeeling tea was the country of India’s first GI-tagged product in 2003; since then, 191 additional products have been added to the growing list.

When a product receives GI status, its price rises on the global market (because consumers in the First World prefer such exotic items with proven origin), boosting its export and reducing competition from vendors selling fake goods for the poor farmers and artisans in that region. Sustainable development is thus indirectly facilitated. 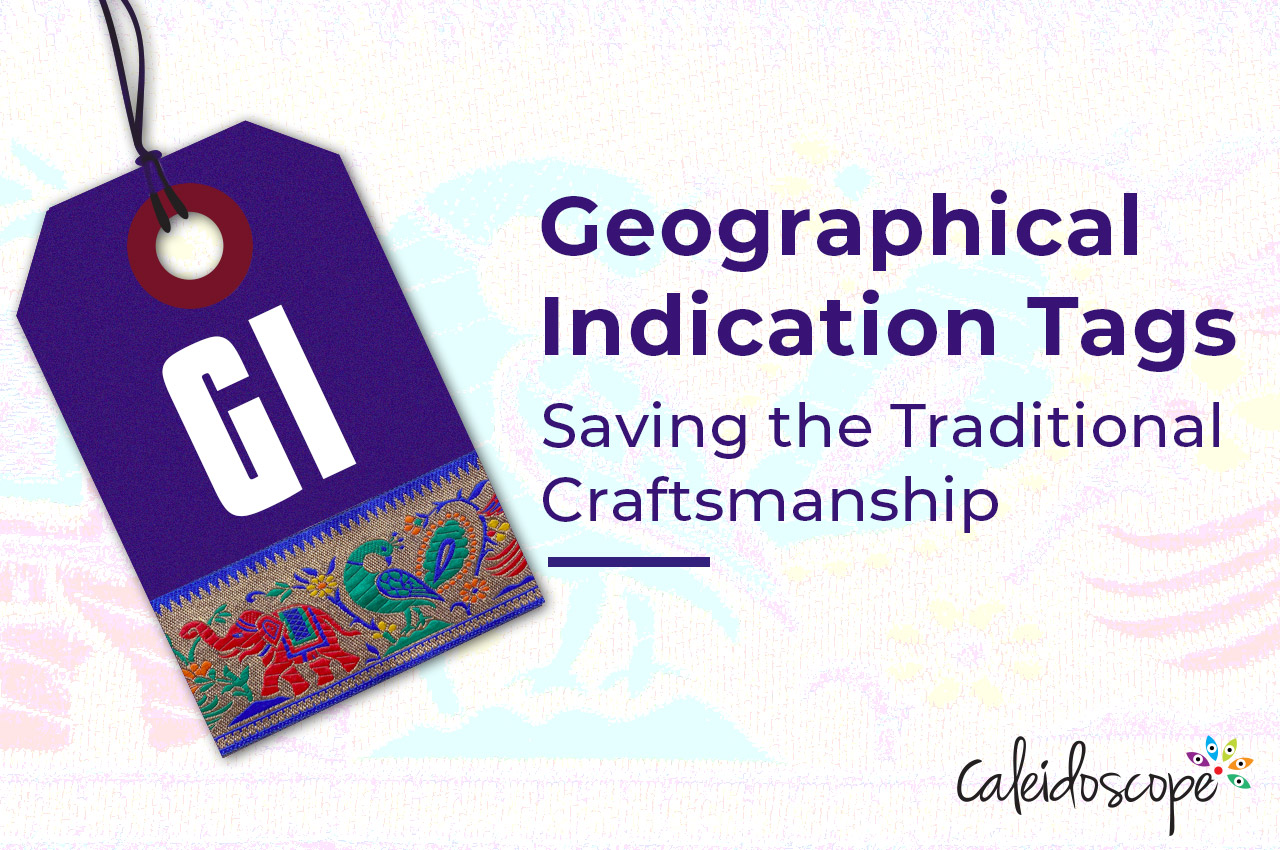 As a highly diverse nation, we have a wide variety of handicrafts that are primarily made in rural areas. These handmade products represent our culture through their exclusive proprietary techniques, distinctive key ingredients, and time-honoured traditions. It is crucial that we are aware of these goods in order to support their continued production and pass them on to future generations.

Nowadays, advertisements for goods with distinctive GI labels like Kancheepuram or Mysore Silk are common. They emphasise the weavers’ names, places of residence, and the number of years in the industry. This is a great way to support the neighbourhood and show it the respect it deserves. There are currently 191 products with GI tags on them from different parts of India. 100 additional products are awaiting authorization to be designated as GI tags. Here is the list of GI protected art forms of India we must support.

An important style of traditional South Indian painting known as “Mysore painting” developed in and around the Karnataka town of Mysore under the guidance and patronage of the Mysore kings. Painting in Karnataka has a long and distinguished history, dating back to the Ajanta period (2nd century B.C. to 7th century A.D.). The distinctive school of Mysore painting emerged from the Vijayanagara period paintings during the reign of the Vijayanagar Kings (1336-1565 AD). Mysore paintings are renowned for their elegance, muted colours, and attention to detail. The majority of these paintings are based on scenes from Hindu mythology and depict Hindu gods and goddesses.

The classical South Indian painting style known as Thanjavur painting originated in the town of Thanjavur and quickly spread throughout the neighbouring and geographically adjacent Tamil nation. The Thanjavur paintings are distinguished by rich, flat, and vivid colours, simple iconic composition, glittering gold foils overlaid on delicate but extensive gesso work, and inlay of glass beads and pieces or, very rarely, precious and semi-precious gems. It has been recognised as a Geographical indication by the Government of India in 2007–2008. Paintings from Thanjavur exhibit influences from Deccani, Vijayanagara, Maratha, and even European or Company styles. 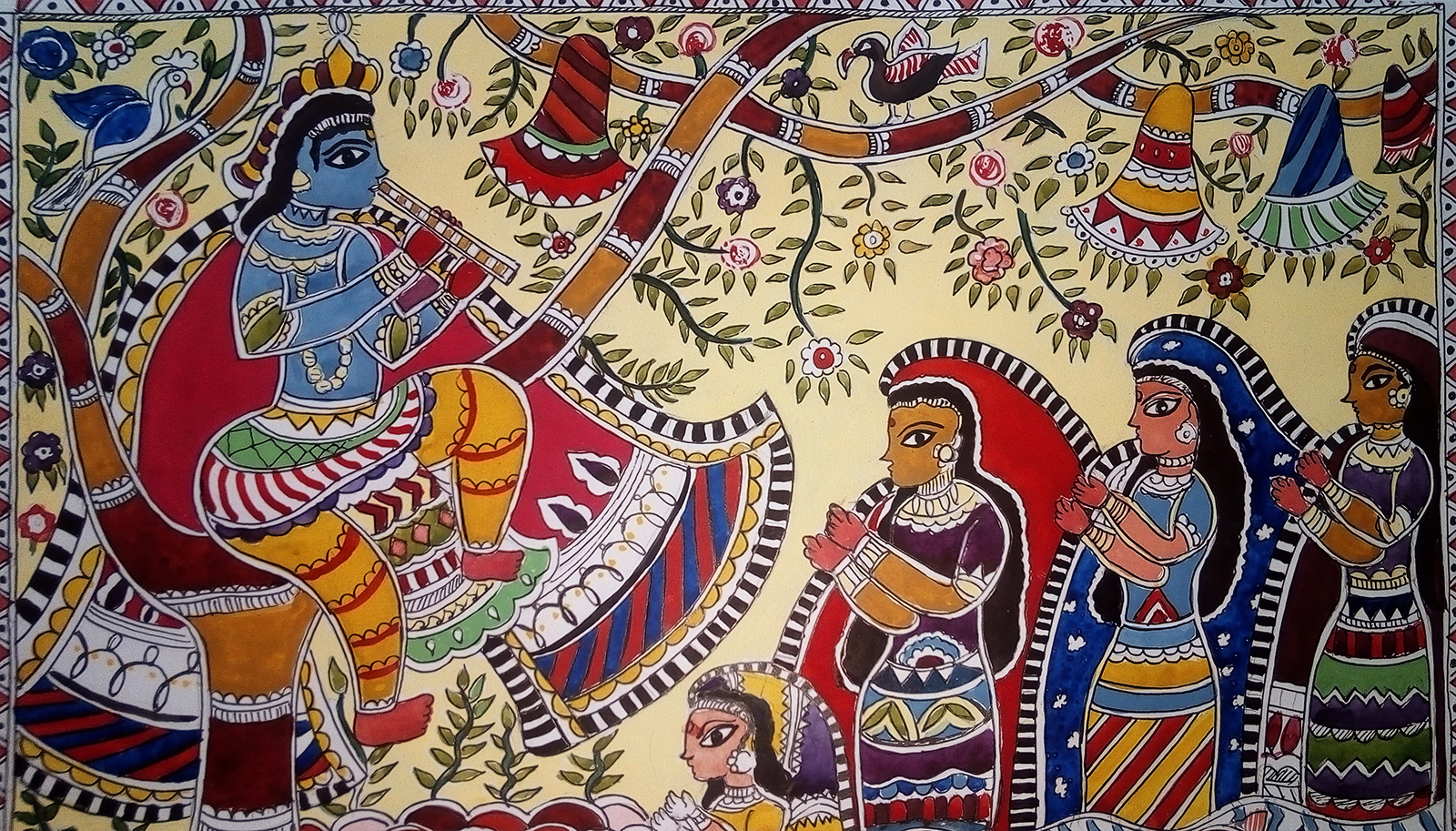 The first Madhubani paintings were created by the women of the village of Maithili in Bihar as a means of expressing their feelings, aspirations, and thoughts on the walls of their homes. Over time, celebrations and important occasions like marriage began to include the paintings. The Indian Madhubani painting gradually began to reach art connoisseurs on a national and international scale, transcending traditional boundaries. The traditional base of freshly plastered mud wall of huts has been replaced by cloth, handmade paper, and canvas.

A stylized form of Nakashi art, Cheriyal Scroll Painting is rich in Telangana-specific regional motifs. The scrolls, which are currently only produced in Hyderabad, Telangana, are painted in a narrative style akin to a film roll or a comic strip and feature tales from Indian mythology that are closely related to the shorter tales from the Puranas and Epics. The paintings are distinguished by the unrestrained imagination of the local artisans who were not constrained by the academic rigour that characterised the more classical Tanjore painting and Mysore painting. They are painted in vivid hues, mostly primary colours, with a predominance of red in the background. In 2007, the Cheriyal scroll painting was granted GI (geographic indication), or intellectual property rights protection.

Kangra paintings, which were created in the Himachal Pradesh state, were well-liked in the city that bore their name. After the Basohli art movement gradually started to wane in the middle of the 18th century, the Kangra School of Painting emerged. The Kangra paintings received high praise from both the public and critics for their new improvements and features. The Pahari art (a form of painting used in hilly areas of India) was eventually replaced by the Kangra art as a result of the enormous support given to this style of painting. Bilaspur, Nurpur, Guler, and of course Kangra are the main locations where this art form is actively practised. Later, it spread to other parts of India, including Kullu, Suket, Arki, and other places. Even though many kings and aristocrats supported Kangra painting, this art form only really gained popularity during the reign of Maharaja Sansar Chand.

This folk art form, created by the Maharashtrian tribe with the same name, is thought to be among the earliest schools of drawing and makes excellent use of geometrical forms. In the distant past, the tribal people would decorate or perform rituals on their walls by painting pictures of nature and everyday life, including social events like weddings. They contrast vividly with the red ochre mud walls because they are typically painted white (a colour created from rice paste and gum). The art is still being practised in places like Palghar, Dahanu, etc. despite being on the decline (easily accessible from Mumbai). You could gather a few of the current cloth paintings and frame them for your wall. Additionally, some businesses have chosen to translate these designs onto furnishings and clothing. In 2014, Warli painting received a GI tag.

In the Hazaribagh district of Jharkhand, tribal women practise the traditional and ritualistic mural art known as Sohrai Khovar during the local harvest and wedding seasons using locally produced, naturally occurring soils of various colours. Telia Rumal cloth is made using a cotton loom and intricate handwork, and it comes in three distinct colours: red, black, and white. Only the Hazaribagh district primarily employs the Sohrai painting technique. However, in recent years, it has been observed in other regions of Jharkhand for promotional purposes. They were previously only visible on the walls of mud houses, but they are now visible on other surfaces as well.The pattern is characterised by an abundance of lines, dots, animal and plant forms, which frequently depict religious iconography. In recent years, Sohrai-Khovar paintings have been used to adorn the walls of significant public spaces in Jharkhand, including the Hazaribagh and Tatanagar Railway Stations, the Birsa Munda Airport in Ranchi, and others.

Even art historians do not know with certainty when Kalamkari painting first appeared, but it is believed to have started several hundred years ago in what are now the states of Andhra Pradesh and Telangana. The term “Kalamkari,” which refers to a particular, intricate style of hand-painting onto cloth, derives from the word “kalam,” which means pen. Scenes from sacred texts like the Mahabharata, Ramayana, and Bhagavatam were first depicted in this manner. These paintings, which tell the tales of the gods, were frequently used as decorative backgrounds in temples.

These themes, along with other esoteric and antiquated symbols, are still prevalent in Kalamkari today. One particularly well-liked Kalamkari motif is the Tree of Life, which unites heaven, earth, and the underworld while remaining firmly planted on the ground. Numerous animals eat its leaves, live in its branches, and seek out its shade, making it a symbol of nourishment as well. Deer, tigers, and peacocks are popular subjects.

Around 400 years ago, the Rogan Art, a centuries-old textile tradition with Persia as its birthplace, arrived in Nirona Village, Kutch, Gujarat. In this craft, a unique castor-based paste is utilised. Castor seeds are manually pounded to extract the oil, then boiled to create a paste. This is combined with coloured powder that has been diluted in water. In order to prevent drying out, the various coloured pastel-yellow, red, blue, green, black, and orange—are kept in earthen pots with water. With the help of the fingers of the left hand, the kalam, an iron rod that is flat on both ends, is used to paint half of the design. The other half of the cloth is then imprinted with it by pressing the two halves together. Rogan Art was initially supported by the farming and animal-herding communities in the area. Rogan art used to be traditionally incorporated into these communities’ bridal attire. Demand for the art started to decline as machine-made textiles became a more affordable alternative. The last and original Abdul Gafur family in Nirona village upholds the Rogan art tradition. It started out as a decorative art but has since developed into a distinctive, intricate fine art.

Indian folk art is a part of the nation’s heritage and is an expression of its history and culture. Because it emerges from the human soul, it is the most unique work of art. The Indian government has launched a number of initiatives to preserve this vibrant traditional art form. Future generations will now find it simpler to access this heritage, which will further diversify the culture of the nation. The preservation of geographical indications promotes the general economic well-being of producers and manufacturers. Additionally, the marketing and promotion of the goods with GI tags strengthen the ancillary economic activities in that particular region, which in turn supports the growth of the local economy.