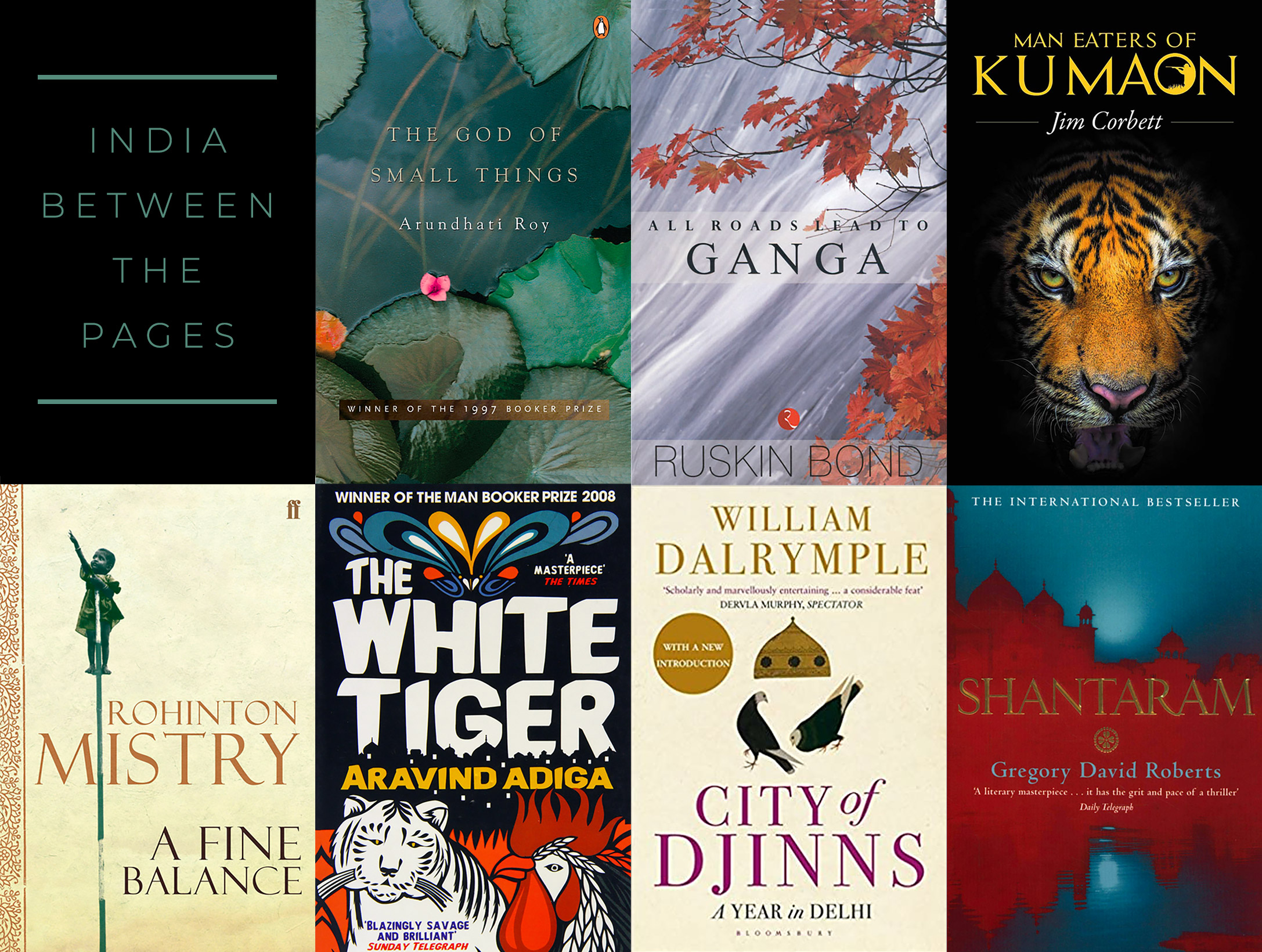 Books are the eyes and ears of the world. Much before technology captured over our imagination, it was books that helped us explore the unexplored and discover world’s we sometimes didn’t even know existed. And even today, in spite of gadgets beeping and streaming information and imagination, books still remain a fervent source of joy and revelation.

Of course, we can go on and on about the role and impact of books in our lives. However, narrowing it down, let’s look at how books have brought to life the geography and culture of a place. India is a geographically and culturally vastly spread country and a large number of authors have been able to successfully explain and portray the nation’s different landscapes through their books and writings. There are many novels and works of both fiction and non-fiction that are set against the locations of the country. These books have managed to invoke a realistic sense of the place from where they have bred their content and characters. The feel of the towns, cities and people is tangible and extremely apt. One can almost hear the conversations, see the attached imagery, smell the adjoining aromas and feel the warmth of the air and soil.

Here is taking a look at some of books that are set against the backdrop of different parts of India. Here the locational setting is as much a part of the narrative as the story or plot itself. And hence, in many ways, these books help to discover India, its history, culture, undertones and various other nuances.

The God of Small Things –

Arundhati Roy’s Man Booker Prize winner novel is a treat to read. Unfolding against the lushness of Kerala, the book captures the society’s thoughts, culinary delights, dialects and much more. The story set against the Christian community in a small village of Kerala paints the landscape of God’s own country with clarity and detail.

Written by ‘safari sahib’ Jim Corbett the book gives a great insight into the biodiversity of India. We tend to think of city or village surroundings while exploring a place and often forget that the flora and fauna are also important pieces that make up the collage of a destination.

All Roads Lead to Ganga –

Ruskin Bond is no stranger when it comes to setting brilliant stories against the backdrop of various stunning local locations. The Ganga and surrounding hills are lovingly described in this book. The countryside, the simplicity of live and the natural beauty of Uttarakhand make up the core of the narrative.

Set against the period of Emergency, Rohinton Mistry’s book revolves around the tryst of four lives with corruption, caste, poverty, hunger etc. However, the book also helps understand the city of Mumbai in the early 70’s like no other.

Aravind Adiga’s cut throat narrative centers around the life of its protagonist Balram. Starting out from a small village to becoming the driver in Delhi and then up until his final elevation as an entrepreneur in Bangalore the book sets the ball rolling for conversations around the more than obvious lifestyle and attitude challenges of the lower and upper class.

Life in and of Mumbai is the book’s main essence. Written by Gregory David Roberts the book explores the underworld, the enemies, criminals and friends, as well as, the stark realities of the city. City landmarks interwoven in the story bring the city of Mumbai alive on its pages.

William Dalrymple has some of his finest literary works set in India. The City of Djinns talks about Delhi’s ‘dead’ cities as he explores its history and current position. With a foundation of solid research the book is entertaining and informative.  The Nine Lives is another book worth mentioning here where Dalrymple explores the lives of nine people set against their own physical and cultural backgrounds in India.

This if of course, a very basic list with many more books written by both Indian and foreign authors that highlight the Indian way of life, as well are set against the imagery of the land itself. There are novels, works of fiction and non-fiction that can identify the pulse of cities, towns and physical landscapes. In the digital age where visual identification helps to make a stronger connect, perhaps the description and stories in books might seem to have taken a backseat. Yet, the joy of understanding and building a view in your head is a far more enriching experience than sometimes just watching it in reality.

Book Review – ‘Vignettes Relating to Kathakali and Shakespeare: The Thirasheela Versus the Curtain’

Gulshan Nanda – The Forgotten Novelist Of The Indian Cinema