Who doesn’t like a little spice in their life! But here we quite literally mean it. Spices have always been such an important part of Indian cuisine. It’s a commonality to find someone enquiring about your health if you chose to eat blandly. A pinch of the fantastic flavors can do wonders to a dish. And it is not only about flavors. Indian spices also add aging aromas and vibrant colors to the platter. They also have some medicinal values. They blend in seamlessly with the delicacy, sometimes dominating the curries with their exquisite presence or sometimes hidden in its fold unsuspectingly.

No doubt that Indian spices are too hot to handle!. Yet, even those who find their taste intimidating cannot help acknowledge their vitality and exuberance. So sought after were the Indian spices, that they can be credited to a large part for attracting the western colonies. The British, French, and Dutch embarked on controlling trade in the subcontinent with spices as almost the central focus. A lot of discussions, in fact, associate globalization with spices. The trade and economics of spices led to the opening and exchange between different parts of the world.

So what are the special Indian spices that are found in almost all homes of the nation? Let’s take a look:

India continues to be the major consumer and producer of this spice. It is also commonly known as “Jeera”.It can be fried, roasted, powdered, or used in dry form. It is one of the basic ingredients that is spewed in oil while preparing curries, gravies, rice, or dry savories. It adds depth to any dish.

It is commonly known as “Elaichi” in India. It takes quite a bit of work to grow cardamom. This petite seeded spice is multi-purpose and can be used in beverages such as tea too. It is also added in sweets, such as kheer. It adds a warm and subtle flavor to food. It also happens to be one of the expensive spices.

Also known as “Dalchini”.This woody spice has a slightly sweet tinge to it. Used in various desserts it grows mostly along the Malabar coast of India. But it is also added in spice-laden dishes, such as the biryani or mutton, or chicken dishes.

The oval-shaped coriander seeds have a unique aroma. Again they can be used in a powdered or whole form. It is mostly used to add flavors in dishes that are eaten with chapati or rice.

“Haldi” is a favorite and used in many dishes for various purposes. It has a warm and slightly bitter taste. It adds color and flavor to the food. Due to its medical properties, it is often a perfect ingredient to add during cold and coughs.

Also known as “Kesar”. This spice is derived from the flower “Saffron Crocus”. One of the most expensive spices, a pinch of saffron can change the look of the dish. Its royal charm makes any dish loaded with opulence and class. Used in a wide range of dishes, the saffron is grown most in Kashmir. It is rich in anti-oxidants and enhances weight loss.

Also known as ” Laung” in India.  Clove is the flower bud obtained from the Clove tree. Clove looks like a little lollipop.  It is a sweet and aromatic spice. It has a strong flavor and is hence used cautiously. It adds a spicy warmth to dishes.

Pepper is such a must that it is hard to even think of it as special. From breakfast to dinner, pepper is sprinkled on a wide range of dishes. It adds a definite flavor that is different from chilies or any other spice. 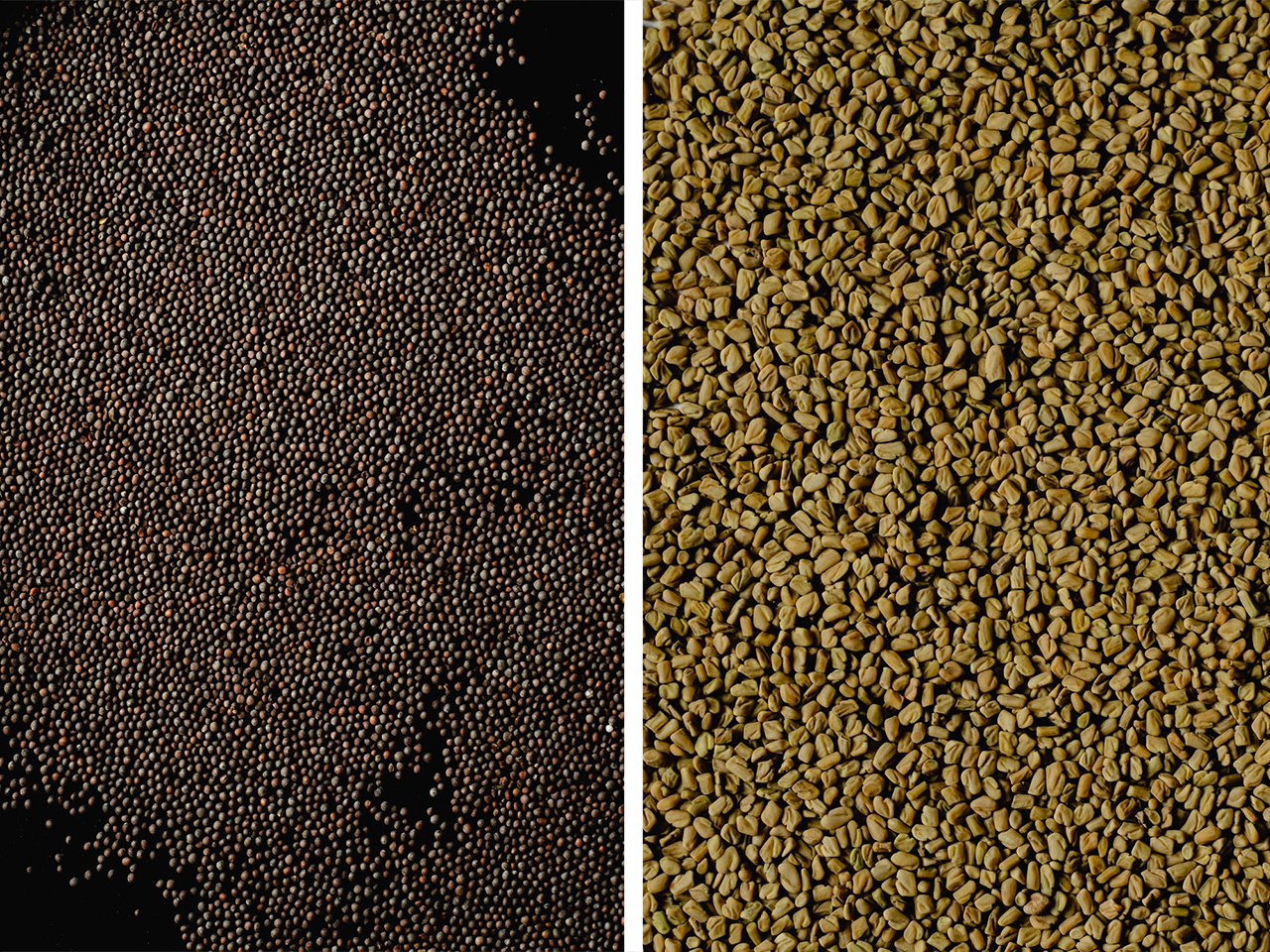 Both these seeds add a distinct taste to the dish. Used more in south India, they are also lightly fried in oil and spluttered as the final ‘tadka’ on dal or curries. Mustard seeds are good for bones. Fenugreek seeds reduce cholesterol and lower inflammation.

Spices are not only about taste or color. They are good for one’s health too. Each of these spices has some medicinal properties that make them stand out. Their traditional medicinal value is much appreciated even in today’s chemical-driven world.

Cinnamon helps lower blood pressure and diabetes. Similarly, fenugreek seeds are used to control blood sugar levels and many people gulp a handful of the seeds along with water as a morning routine or soak the seeds in water overnight and drink the water later.

Those who have ever had a toothache know how effective clove is. It also kills bacteria, is rich in antioxidants, and improves liver health. Cumin helps in a better digestive system and also is a good ingredient to add to the diet during cold and cough. It also helps in weight loss, controlling cholesterol, and improving memory. Black pepper contains iron and helps reduce blood pressure. It also helps boost the absorption of nutrients and has anti-inflammatory properties. Cardamom too provides relief during throat irritations and is known to better digestion. It also helps in improving immunity and reduces swelling. Turmeric has many medicinal uses, including anti-inflammatory properties, and is also used for cleansing of the skin, etc.

Finally, spices in India are much more than just food ingredients. They resonate with historical significance, economic use, as well as medicinal values. The tiny bits of spices are small in size and quantity. But packed in these small sizes is a load and burst of flavors. With myriad advantages, they breathe into Indian cuisine, the foundation of taste and deliciousness.

And yes, the best thing about the ‘gram masala’ is this. Though each has its special place in the kitchen, they work best in a combination. The spices when grounded or added in proper proportion together give the dish an extra edge and special status. Perhaps, pretty much like its people, the spices of the nation too, elevate and enhance flavors when they work in tandem of unity.