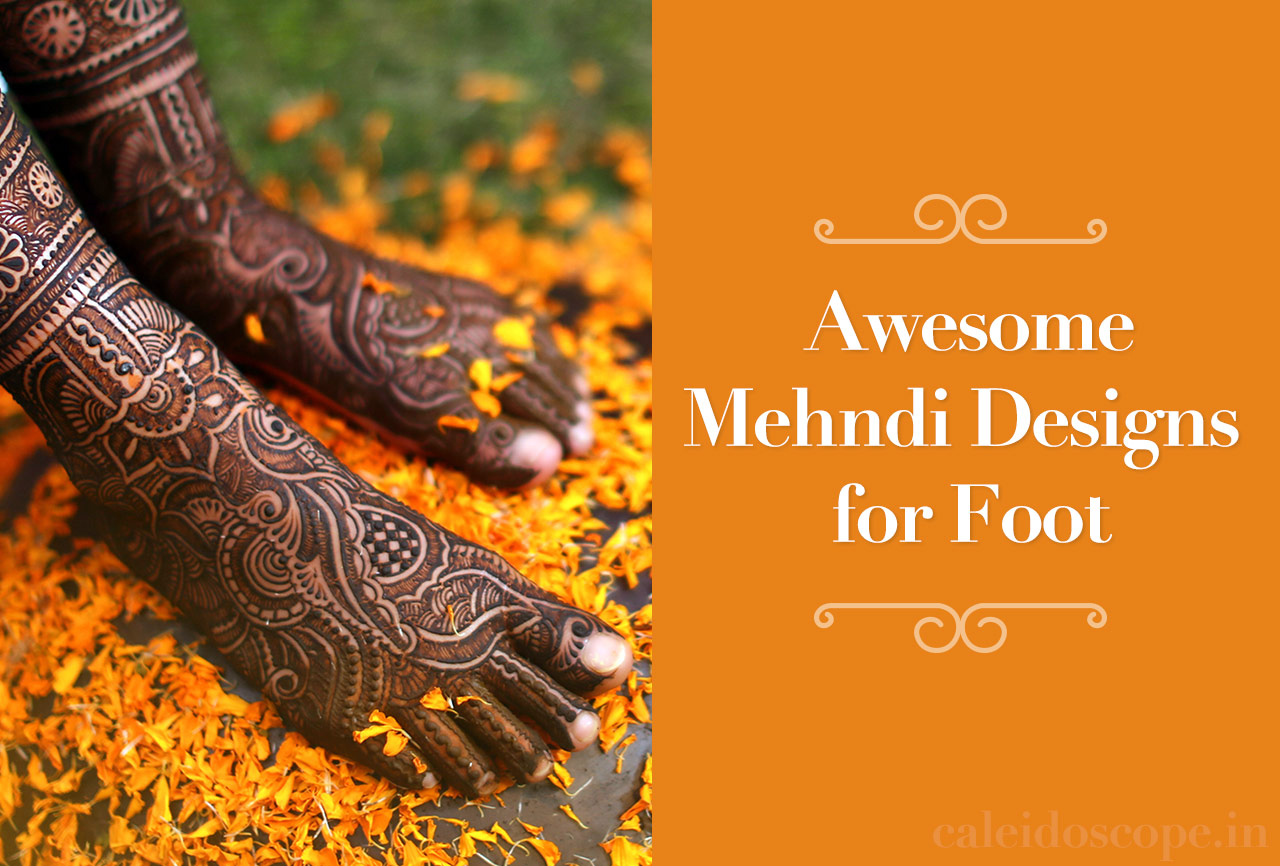 The Mehendi ritual kicks off the festivities of an Indian wedding. The bride-to-be and all the females in the home assemble for a fun-filled evening/noon to adorn their hands with stunning floral, bird, and abstract henna design patterns. One of the most important and enjoyable pre-wedding rites in Indian weddings, some families combine the Mehendi and sangeet ceremonies ceremonies into one magnificent event.

When the festivities start, the female relatives of the family apply mehndi to their palms. This ritual is done by both the Indian bride’s and groom’s family. Even the colour of mehndi is significant in Indian culture, since the darkness of the colour represents the degree of love between the husband and mother-in-law. It represents the couple’s love and affection, and it is considered that the longer it remains, the more auspicious it is. Traditionally, the bride is not permitted to work in her husband’s home until her mehndi colour has entirely faded. In Hindu tradition, mehndi is applied on all major events, festivals, and vrats (fasts). It is significant for festivals like Karwa Chauth, Rakhi, and Diwali. It is also termed a shagun, which is distinguished by a huge dot in the centre of the hand and four smaller dots on the sides.

There is a wide range of mehndi patterns available nowadays to make this traditional practice of henna application more fascinating, trendy, and engaging. Arabic Mehndi, Rajasthani Mehndi, Crystal Mehndi, Tattoo Mehndi, and other types, as well as classic Indian Mehndi, are among the most popular mehndi styles today. Mehndi designs typically include floral patterns, religious symbols, and other elements that lend beauty and originality to each design.

We’ve compiled a list of some of the best mehendi design alternatives for the bride’s feet and legs, ranging from Arabic style to minimalistic patterns. This list is a must-see for brides who are getting married soon.

The jewellery design is something that all trendy mehndi design enthusiasts would adore. Your requirements might range from making a gorgeous anklet to making toe rings or even adorning your legs with henna crowns. Even if you avoid the original heavy jewellery, the bridal mehndi jewellery will lend a regal touch to your legs. It appears like you are continually wearing gorgeous jewellery on your feet.

There are several methods to include floral motifs into your mehndi, such as strings decorated with beads and flowers or a large luxurious blossom at the centre of the foot. Flowers have always been a favourite of mehndi artists across the world, so why not make a stunning design inspired by these natural wonders?

Jali pattern is one famous mehndi idea that every girl has undoubtedly used at least once before her wedding and secretly adores, whether she is a tiny girl or a huge grown-up one. The jali patterns might be simple henna blocks or more intricate jali designs according to your preferences. You may also combine two distinct jali patterns to suit your personal taste.

Arabic henna patterns have always played an essential part in improving the popularity of Indian Mehndi designs. The simple Arabic imprint for the foot not only plays with simplicity and artistic style, but it also makes your feet look really lovely. Especially at weddings and photographs, where the gorgeous finish of the design embarks as an artistic essence of the bride. The beautiful pattern on the toes here takes the prize!

Looking for a unique mehendi design to decorate your feet with? Consider merely painting the toes and sides.. it’s really basic and simplistic.

The intricate design incorporates symmetrical henna with gorgeous foliage and floral designs.Ornate bird drawings, pinjaras, and bell designs are included in the new-age traditional henna. That is exactly what makes up this eye-catching mehendi pattern. The idea for bridal henna doesn’t get any better than this for brides-to-be.

Getting a mehndi pattern on the sole of your foot is not particularly popular, but it is widespread in many Indian communities as part of their ceremonies since it is seen to be auspicious. So, whether you are getting ready for a particular occasion that requires mehndi on the soles of your feet or you simply want to have those designs on the sole to give your feet a whole different look, it is critical that you choose the proper design. A great mehndi pattern on the sole may give your foot a gorgeous look that you would want to show off.

Mandalas are a fascinating part of mehndi patterns that may be fashioned into complicated designs full of fine beads and motifs or spread out enough to produce a subtle design. This is the perfect wedding mehndi design for legs for someone who wishes to cover their legs in a not-so-detailed yet not-so-simple approach.

Moroccan mehndi, as opposed to flowers and leaves, has a particular tribal emblem, zig-zag lines, and geometric shapes. Moroccan Mehndi Designs are readily distinguished by these three characteristics. These mehndi patterns will resemble western mehndi tattoos, but in Moroccan mehndi, zig-zag lines and tribal motifs are prominent on both the feet and the hands.

Nothing makes a bride happier than the customary mehndi during her wedding. Why not go for a design that is both conventional and appealing when it comes to the foot? The use of flowers,  symbols, and magnificent intricate structures makes this design incredibly appealing and draws attention to the contour of the foot beautifully. The design may be as simple as the designs on the hands and legs – it functions like a trail of designs. Beautiful and captivating!

Henna or Mehndi is also well-known for its therapeutic benefits across the world. Because of its medicinal properties, it was once employed as a cosmetic. Mehndi is commonly used as a conditioner and hair colouring by both men and women across the world. It is a natural dye that gives hair a gorgeous hue and a shiny appearance. Mehndi is also renowned for its cooling properties and is consequently utilised in hot climes in India and other nations. It can also be used to relieve headaches, fevers, scorching feet, and even hysteria or a violent temper. It can improve the gloss of your nails, treat muscle tightness, and even treat jaundice.

Henna is popular these days, and many people are experimenting with different methods to use it. It is increasingly widely utilised, particularly in the West, to create tattoos on various regions of the body. Tattoos are applied on the arms, wrists, navel, shoulder, and back. Henna is also being used for body art.