A song is as good as it is sung. No matter how good the lyrics and the music, if the vocals of a song are not up to mark, the charm of the song ceases to strike a chord. We all have at some point been excellent bathroom singers if not more! But the true essence of the song lies in its rendition. In the voice that can touch the soul and stir it. The voice that can lift the song to new heights and can truly do justice to the musical rhythms. India has been blessed with a number of talented vocalists who have left their melodious stamp for generations to come. However, the newer generation of vocalists are a new age revelation who are continuing the legacy of musical stalwarts. In fact, many of them are carving out their own niche and fan base. They are carrying on the rhythmic nuances and also creating their own space and understanding.

The Role of Technology in Music

One has to admit that there are also varied mediums for the newer generation of vocalists to showcase and sharpen their skills. Social media, for example, is playing a huge role in bringing up talented artists from across the country. The different musical genres are far more accessible in our times today. A click of the mouse makes it possible to discover the various musical elements that are strewn in multiple parts of the world. There seems to be lesser and lesser distances and boundaries in the musical world for sure.

On the other hand, young talented singers are uploading their videos and songs online for everyone to see. This helps in gaining a far reaching exposure that might have been difficult to garner otherwise. This also helps young talent from remote parts of the country to find a platform and space to bring forth their vocal and musical talents. Besides, a number of reality and singing shows on television have also helped the new age generation singers to find a footing in the musical industry.

At some point in our lives, a lot of us believe we have a soft melodious voice and that we can pull off any song at our will. However, the bedrock of a solid musician and singer lies in their training. Without training or guidance it is extremely difficult to understand the notes and keys. And hence the guru or teacher is of paramount importance in the life of a singer.

There have been musical families who continue their legacy. Children of legendary vocalists and musicians continue to pass on their knowledge and genes to the next generation. However, this doesn’t mean that euphonious melodies and voices are limited to ‘gharanas’ or musical families alone. In fact, new talent finds its way from all nooks and corners and many times from the most unexpected of places. And thus, it holds true that music knows no boundaries and can transcend across all barriers to emerge as the true winner.

There are many names that can be listed as the new age talent pool of vocalists. For those who are ardent followers of music will know and vouch that there is no dearth of talent or musical skill. In fact, it is near to impossible to mention all of them because each has a unique voice and niche or genre of musical expertise. Besides, the vocalists come from varied backgrounds. There are those that are classical singers, some that have ventured into Bollywood, others who have found a platform on social media. There are regional singers who are popular in their geographies or languages. Again, there are singers who have specialized in rap or sufi music, whereas, there are those that have made a mark in international or fusion music. Also, all are not confined to a limited genre but move across the mediums to explore their musical competencies.

We have tried to name some of the prominent young vocalists in different genres and mediums. However, this is by no means a comprehensive list, because there is a large reservoir of vocalists and singers that deserve to be heard and hummed to. 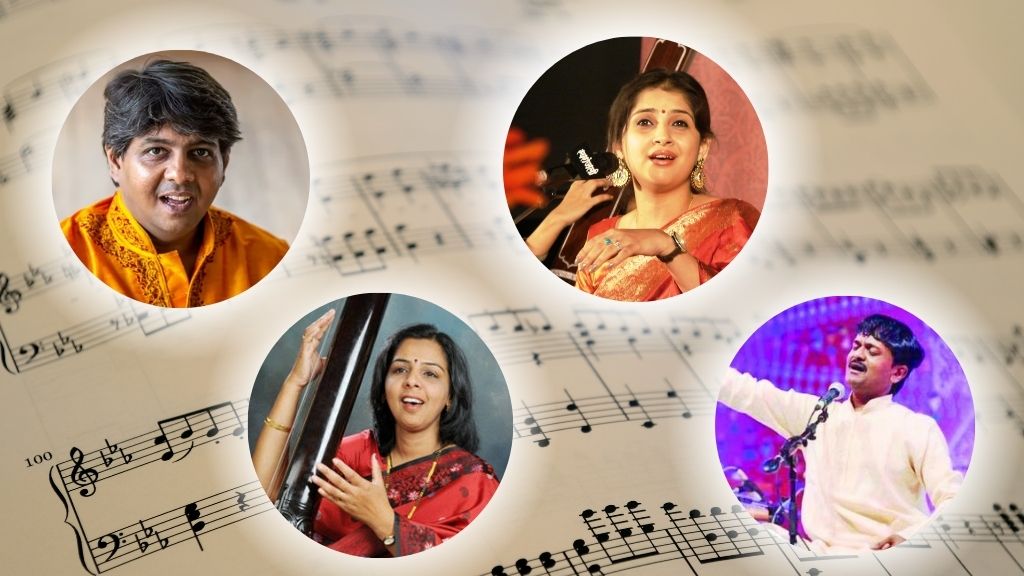 Kaushiki Desikan is an Indian classical singer specializing in thumris and khyals. Daughter of Ajoy Chakraborty, she has been a part of many concerts and performances. She is also the recipient of various awards, including the BBC Award for outstanding achievement in music when she was only 25 years old.

Jayateerth Mevundi is from the Kirana gharana and hails from Karnataka. A Hindustani Classical singer, he has also sung for the Kannada and Marathi film industry.

Manjusha Kulkarni is from the Gwalior gharana and is popular for her khayal renditions in Hindustani Classical music. However, she is also wonderful in semi classical styles, including thumris, bhajans etc. With awards, such as the Pandit Jasraj  Gaurav Puraskar  she has also performed many concerts across the world.

Omkar Dadarkar is another male singer who is a well known vocalist. He is a disciple of Pandit Ulhas Kashalkar and his renditions are soul stirring. 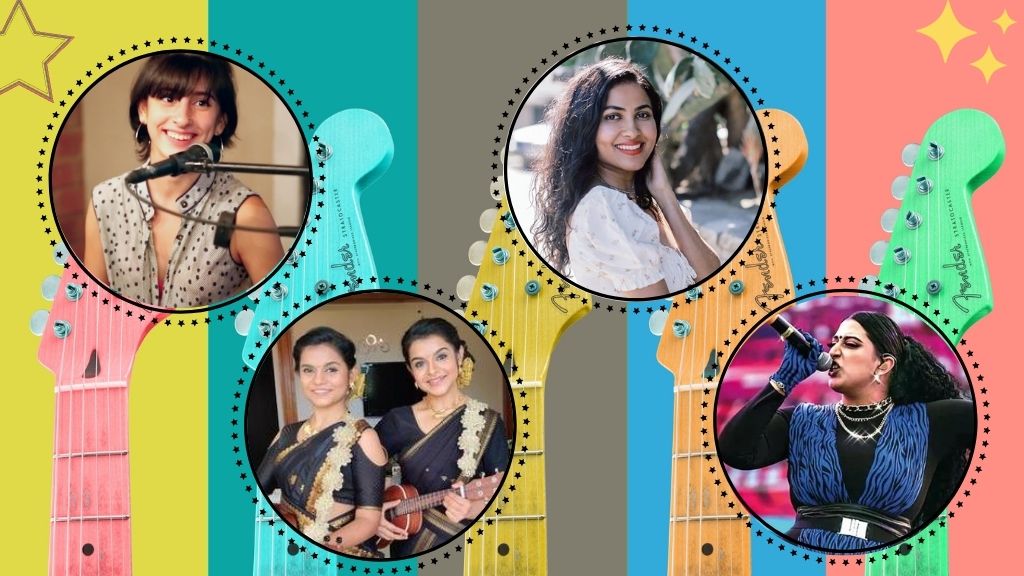 A large number of singers and vocalists have found in social media a fan base and strong platform. With thousands of followers and likes they have emerged as the new generation singers worth taking notice of.

Aditi Saigal is the daughter of Amit Saigal who became a singing sensation after she uploaded her video on Youtube.

Vidya Vox is well known for the mash ups she makes between English and Bollywood songs. Her recent release Thalavi in Tamil was quite a hit.

Antara and Ankita Nandy are two sisters who have become popular with their Balcony Concert during the lockdown period. Antara is a known face after she participated in the reality show Sa Re Ga Ma Pa Lil Champs.

Sharvi Yadav, another name from the reality show, has also found her footing in Bollywood. She has sung for movies, such as Veere Di Wedding and Thappad.

Sanah Moidutty has a huge fan following on Youtube and her soulful voice can leave one mesmerized. She has sung for Malayali movies and also a couple of Bollywood songs.

Shirley Setia is another popular Youtuber. She has also performed both at national and international concerts.

Raja Kumari, a rap artist has taken the Indie music scene by storm. She has worked with various national and international musicians and continues to post heart thumping videos on her social media. 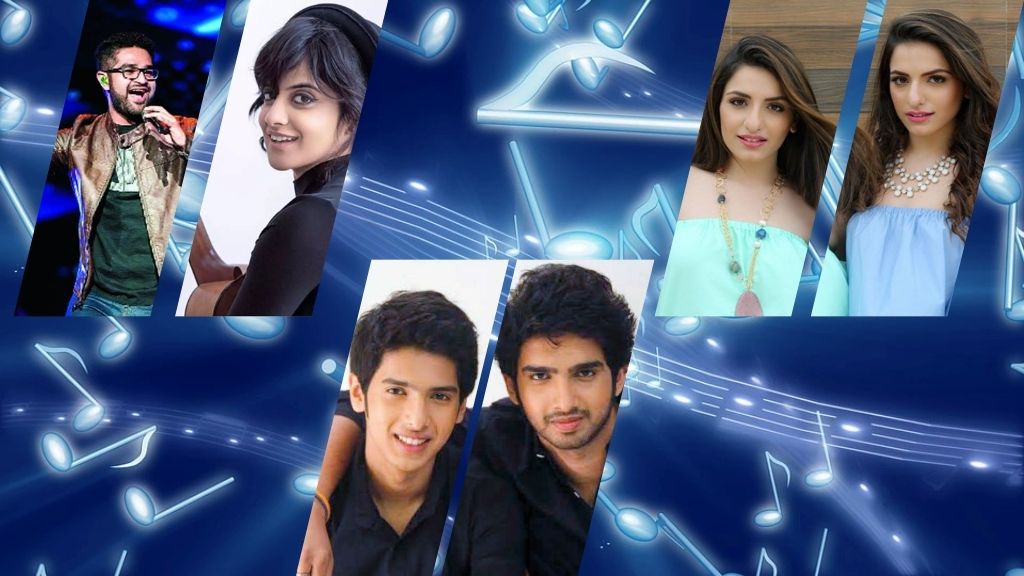 The Bollywood industry is a single stop for both recognizing and encouraging new talent. There is a whole range of young singers who are making their mark in the cinemas and lending their voices to all kinds of musical renditions.

Amal and Armaan Malik are two brothers who have found a stronghold in the Indian movie industry. Their voices are deep and rich and a perfect match for the young generations of heroes.

The Kakkar sisters, Sukriti and Prakriti are twins. They have sung in movies, such as Dil Dhadakne Do, Kapoor and Sons and more.

Siddharth Mahadevan is the son of Shankar Mahadevan and he has lent his voice for various movies, including Dil Dadakne Do and Baar Baar Dekho.

However, the more sought after and extremely talented singers include the likes of Arijit Singh, Neeti Mohan, Neha Kakkar, Ankit Tiwari, Jubin Nautiyal and more.

The world of music is vast. Yet, it is extremely open. There are no barriers of entry and it is on sheer talent and will that vocalists and singers carve their musical journey. However, one has to admit that destiny also plays a role because the industry has tough competition. Many singers make it in the limelight and go on to rule the hearts of their audience. Some shine for a short time or become popular with a few songs and then fade away.

Yet, the world of music and its connoisseurs can be rest assured that the future is bright. The knowledge and education of music is in safe hands. The young singers have found their true calling but they have not limited their scope to traditional means. They are ready to explore new avenues, fuse eastern and western musical energies. They are inclusive, confident and willing to learn quickly.

Well, the future of music in India is least of all bleak. As they say, ‘The only thing better than singing, is more singing’.