Nirkaaya – A Message of Peace Through Music 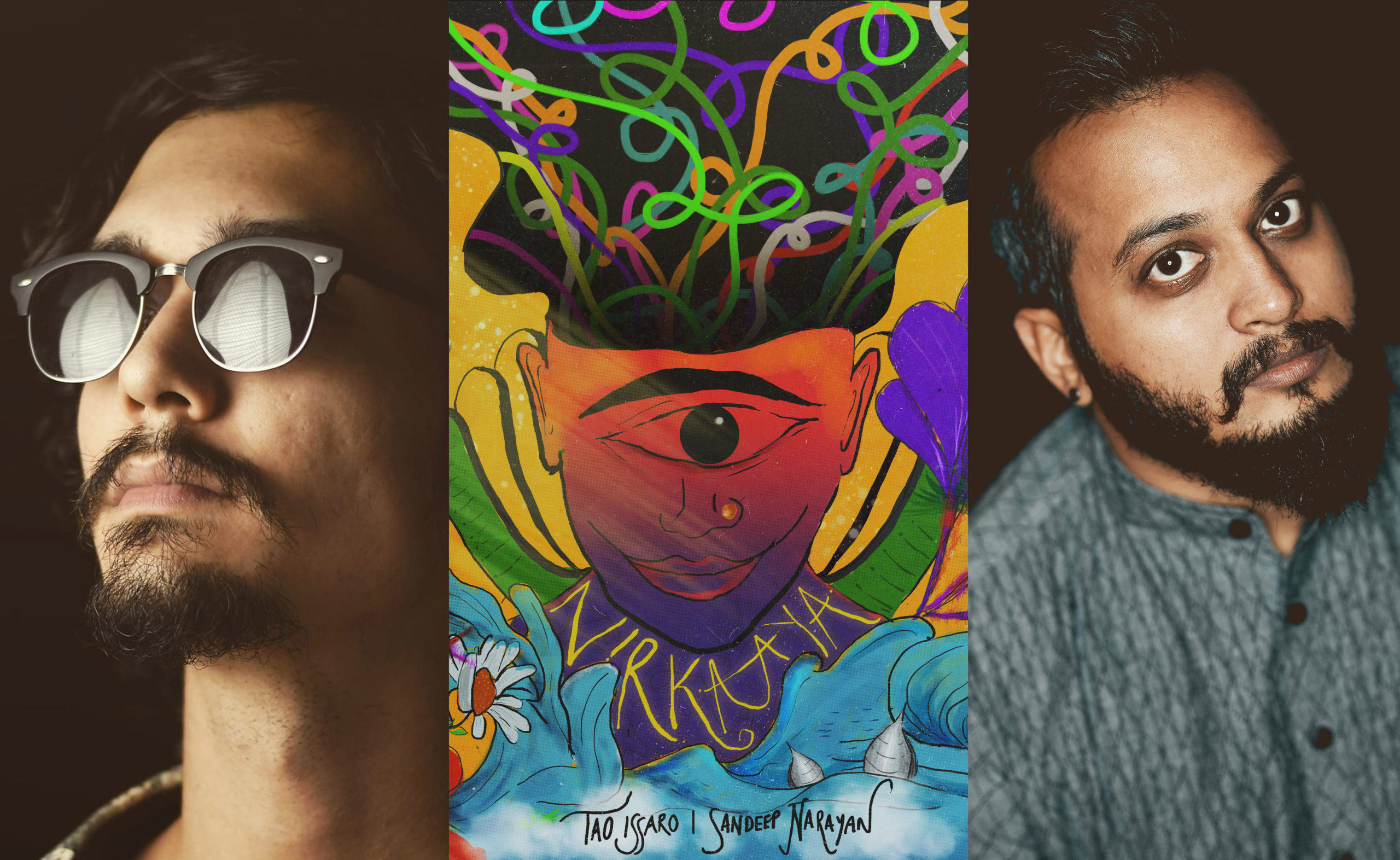 The significance of peace is universal. No matter who you are or where you from, peace is the one goal that we all strive towards. Whether its inner peace or harmony in the world, everybody hopes to find the tranquility of a peaceful existence.

There are several ways and means to find and seek peace. One of them is through music. Music is the rhythm of the soul that brings a calm, a sense of being and a purpose to the listener, as well as the musician. One such duo who is trying to heal and spread the message of peace through their collective and collaborative music is Sandeep Narayan and Tao Issaro.

‘Nirkaaya’ is a genre bending musical collaboration between Indian classical vocalist Sandeep Narayan and Percussionist/Composer Tao Issaro. The work is centred on a South Indian classical composition known as ‘Purvi Tillana’, which Sandeep and Tao combine with powerful and driving electronic accompaniment. The track is set to release on 21st September 2021, to raise awareness of ‘International Day of Peace’.

Nirkaaya – The power to heal

The International Day of Peace is observed across the world on 21st September every year. The UN has declared this day towards strengthening the ideals of peace, by observing 24 hours of non-violence and cease fire.

The past year and a half has thrown a huge challenge that the world is still learning to cope with. The pandemic along with the several other social and political turmoil across the world often bring in more bad news than positive vibes. Sandeep Narayan and Tao Issaro hope that their music will inspire a peaceful attitude that is centered on hope and mindfulness. Through their collaboration they hope that they can inspire for creativity to flourish and urge people to think about how to help each other. The idea is to understand that now more than ever, is the time for collectively stimulating and stirring a sense of togetherness.

Sandeep Narayan and Carnatic music go a long way. His initially training begun under the tutelage of his mother, also a Carnatic music teacher Smt. Shubha Narayan. Sandeep relocated from Los Angeles to Chennai to concentrate on his music and was trained under the renowned maestro Calcutta KS Krishnamurthy. He became one of his youngest disciples and trained under Sri Sanjay Subrahmanya later.

Sandeep has toured over the different locations accompanied by leading artists for concerts and performances. His combined upbringing in the USA and India helps him to strike a chord and bridge the gap between cultures.

Tao Issaro is an Indian/Australian percussionist and composer, based in Western Australia and Kerala, South India. He was born into the ‘Daksha Sheth Dance Company’ and has been performing since he was nine years old. He has over 3000 performances across 30 countries and has developed a style dynamic performance language that combines percussion, movement, storytelling, physical theatre and more.

Together, Sandeep and Tao bring Nirkaaya a musical rendition and composition that showases the best of each. As both the worlds collide to create music with a message of peace, do not miss it on its release this September! On the occasion and for the want of peace this musical creation will leave you wanting more.