Pashmina: Weaving the Threads of the Soft Gold of Kashmir 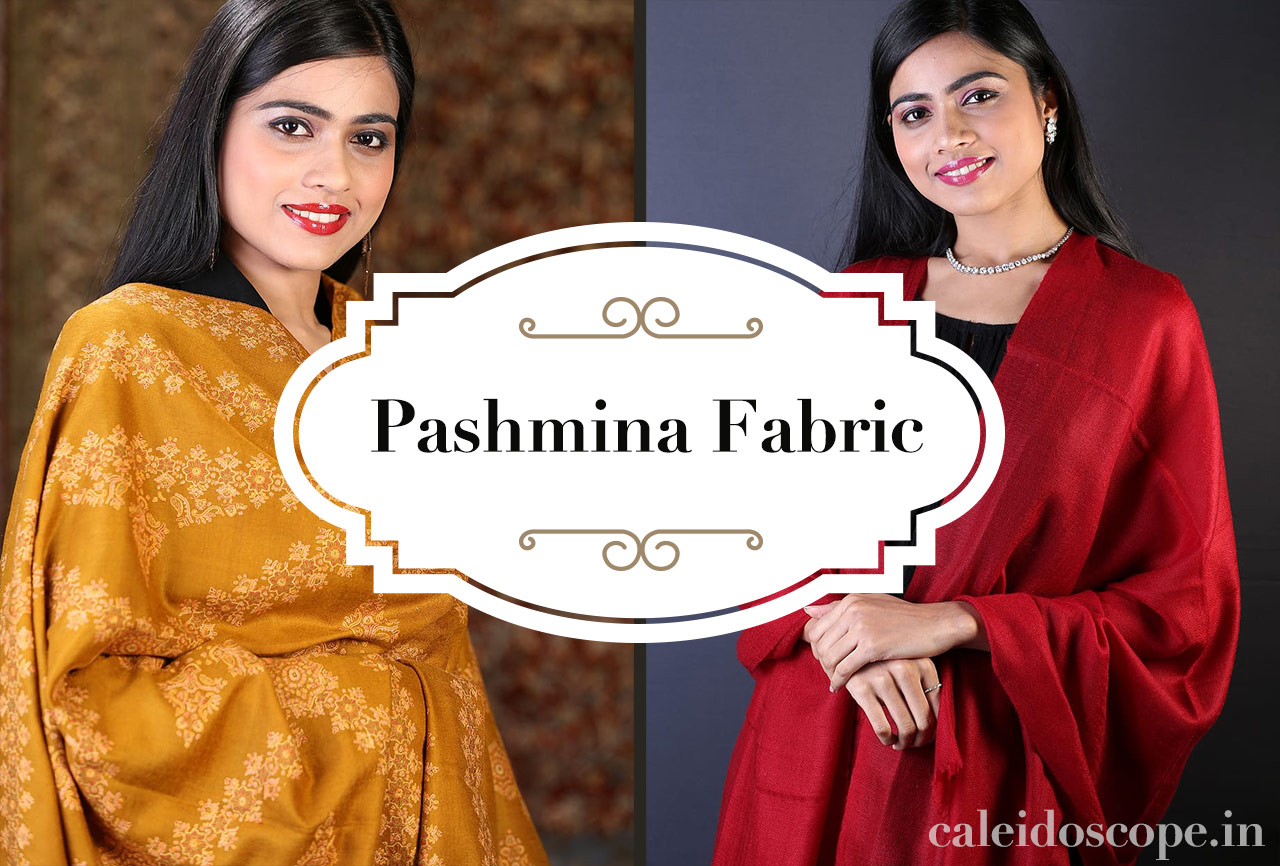 The gold in the crown of India, the Pashmina, is a fibre from the goats of the hilly region of Kashmir. The lineages of Kashmir have sustained the art of Pashmina weaving for many generations. Although weaving began back in the 15th century, art is still prevalent in the region. Although there have been modifications evident in style with time, there have been no significant changes since its initiation.

The Carpa Hircus goats, locally called Chyangra, are found only in regions 15000 feet above sea level, including the Changthang and Kargil regions of Kashmir, some parts of Ladakh, Nepal, and Tibet. The Changpas tribes of the Changthang region are ascribed as the parent rearers of this goat and hence of the Pashm fibre. The semi-nomadic tribes from upper lands come and settle in Changthang for four months, during which period, the undercoat is grown for the Pashm.

In India, Zain Ul Abidin, the 15th-century king of Kashmir, popularized the Pashmina wool industry. As a prince, he became highly inclined towards the handloom industry and handcraft during his stay in Samarkand. During his reign, Skilled Turkish weavers were brought to the court to disseminate the shawl industry. The Pashmina wool industry also thrived during the Mughal reign as the Mughal rulers were great admirers of art and patronized the art.

The Pashmina wool made its place in the elite European fashion by the 18th century. The soft, warm cloth was highly in demand among European royals and nobles. To illustrate, Napoleon Bonaparte, the French monarch, gifted a pashmina shawl to his beloved spouse Josephine. The Pashmina of Kashmir became a fashion statement in Europe as Cashmere shawls, coming from its place of origin, that is, Kashmir. The demand rose to the extent that Europeans even tried to make replicas of the Cashmere shawl texture. Finally, in 1777, Scotland was prosperous in imitating the textile for some time.

Many scholars do not consider European Cashmere as a part of the traditional art of Pashmina. For instance, Hanya Yanagihara, a famous American novelist, states,“The term ‘Pashmina’ is often is used interchangeably with ‘Cashmere’, but in reality, Pashmina is a specific type of excellent, lofty cashmere, woven from a specific type of goat- one indigenous to northern India, Nepal, and Pakistan, and harvested and woven there as well.”

The semi-nomadic tribes of the higher altitudes in the Kashmir region rear the special Pashm fibre goats. These goats can live up to temperatures as low as minus 20 degrees. The 12–15micron hair on their body (wool) protects them against these harsh temperatures. These goats are not sheared by combing to avoid breaking of the fibre. The combing requires complete focus, maintaining the length of at least 5 centimetres. They collect most of the wool by combing, dusting, and dehairing during the spring season when the animals naturally shed their undercoat. Finally, rice water wash strengthens the thumb (the obtained wool is called thumb in Kashmiri).

Next up, followed by the sorting, washing, and carding, the spinning process involves using yonder or charkha, converting the fibre into yarn. Spinning process doesn’t involve machines as the thread is very delicate. The fine wool required doubling, done by hand reeler.

In this stage, the weavers sort the yarn for making a wrap, dyed, and soaked in anima and saresh solutions to prepare hanks of yarn. Then the Tulun process includes wounding the thread on perch (Woodle spindles). The string is winded on rods manually to make the wrap, then go to the Bharangur for wrap-dressing. A wrap usually consists of about 1200 threads. This Bharun process usually takes up to a week, as it involves stretching and fixing each line in the Saaz (heddle of the loom). Washing the cloth in running river water removes the starch from the surface. 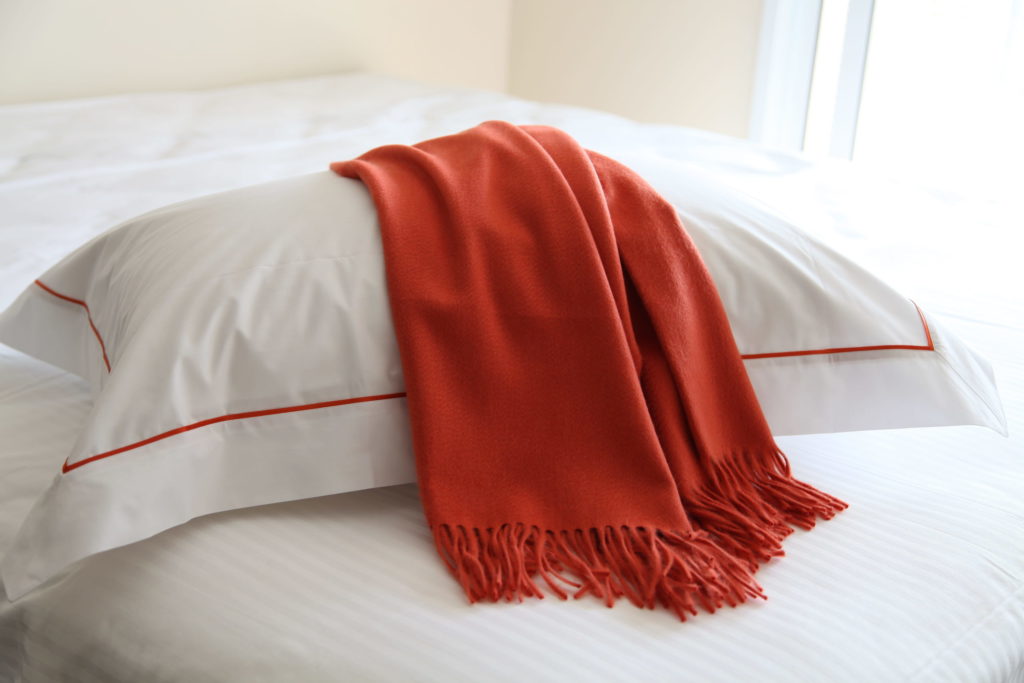 In this final stage, the Purzgar plays an important role. A wouch removes the uneven or broken threads from the shawl cloth. Then, the weavers rub the fabric with kasher (maize cob) and gets ready for the final wash, done by striking the material against a hard rock. Finally, Andgour carries out the process of Andkadun to give a final touch.

There are only four assertive types of Pashmina shawls surviving today. These are Doshalas, Patkas, Rumals, and Jamawars. The Doshalas are the shoulder- mantles, Patkas, the longer and narrower shawls, Rumals, the smaller square shawls, and finally, Jamawars are the shawls with heavy designs.

A unique type of shawl, the Kani shawl, comes from the village of Kanihama in the Kashmir Valley; it is an elaborate handmade Pashmina shawl that has made its way to the best museums around the world. Museums like MOMA in New York and the Louvre of Paris still preserve this rare work of art. This shawl consists of Jamawar (embroidery design) or the palldar (plain) varieties.

The Wovurs (weavers or artisans of Pashmina shawl) use various designs and patterns on the hand weaved soft cloth. Namely, buti (flower), buta (multi-floral), khat-rast (stripes), paisley or Kairi, lahariya (zig-zag), shikargah (jungle scenes), zanjeer and hashiya (horizontal and vertical borders), etc. Each of these patterns has unique characteristics in itself and needs specialization.

At present, India contributes about 1% to the global trade of Pashmina. Although China and Mongolia are the leading suppliers of Pashmina in the world, Kashmiri Pashmina holds the place of the highest quality. This is because Indian Pashmina artisans have retained the traditional methods. Also, this handloom style makes it stand out among other ‘Cashmere’ industries. Competing with the machines, the process is slower in India, taking up to 7 days for producing a shawl. Yet, the quality, softness, and versatility of designs are appreciated and loved all over the globe.

On 23rd September 2008, the Geographical Indication Registry, Government of India, awarded the patent to Kashmiri handspun handmade Pashmina shawls under the name of Kashmiri pashmina, to avoid imitation of this traditional craft and glory of Kashmir.