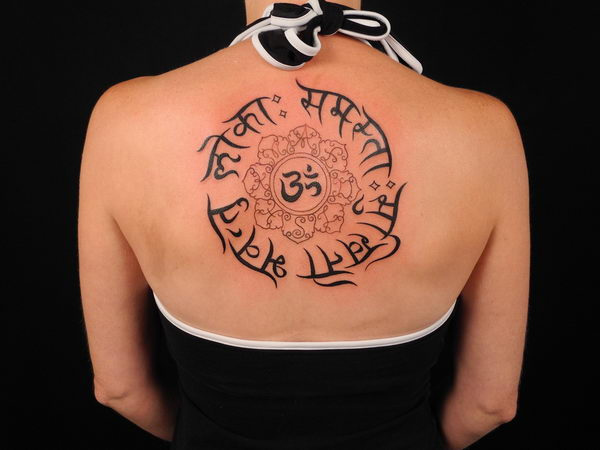 India has so many things to be proud of. One among them is the Sanskrit. A language that has existed since time immemorial is still being celebrated today. Thailand proudly hosts the 16th World Sanskrit Conference from 28th June till 2nd July. The concept of Vasudhaiva Kutumbakam (the world is one family) is stressed on. Headed by our External Affairs Minister, 250 Sanskrit scholars will be attending the event. Unlike previous conferences, all warped views about India and its connection to the language will be set right.

The highlight of this conference will be the Sanskrit Kavi Samavāya which invites Non-Indian Sanskrit scholars to present their poetry.

When global measures are being taken to propagate the language, it got me thinking about its usage on a smaller level.

“रामः रामौ रामाः”!! रामाः echoed around the class two more times. The monotonous yet rhythmic chanting of the राम शब्द was a regular occurrence in our 4th standard classroom.

My great grandfather was a Sanskrit scholar. My grandfather, parents, uncles and cousins had all learnt Sanskrit during their school days. So I did too. I chose Sanskrit as my second language as all the seniors dubbed it ‘extremely easy to score’. Back then that was the aim- score marks with no effort to learn. None of us ever bothered if we would learn the language. It was also taught at a rudimentary level with hardly challenging exams.  With its Devanagari script, Sanskrit reads mostly like Hindi. So like all other students in school, I took it for granted.

The Hindu form of worship involves chanting of Sanskrit verses which praise the various Gods. Born in a TamBrahm family, Sanskrit is a regular part of our day-either through the verses or selected Tamil words borrowed from Sanskrit which are part of the TamBrahm slang.
My mother would say, ”Anukulam (अनुकूल) ah po.” to prevent a fight or “Upakaram (उपकारं ) pannu” if she needs help. To say ‘one moment’ we say “Oru nimisham (निमेष)”. I also found out that my name Neeraja (नीरे जायति इति – that which is born of water) means lotus or water lily. It can also mean otter or a certain species of grass but I stick to the euphemistic approach.

Sanskrit at schools is taught in a nearly elementary level. The mixed use of English and Sanskrit was permitted in the exams. That is why it is probably the easiest to score. Hindi and Tamil, as second languages, dealt with intricate grammatical rules and deep literature.

In college, I again chose Sanskrit as my second language. Part of me was confident that it would be easy but a part of me was curious to know more about something that I use on a regular basis.

Sanskrit literature is rich with elaborate descriptions and poetic devices. I got to know the poetic beauty of the language. Kalidasa’s Kumarasambhavam (the birth of Lord Karthikeya) and Meghadutam (the cloud messenger) were the prescribed lessons. Kumarasambhavam spoke of the love, marriage and union of Shiva and Parvathi. When the subject at hand was love, there was no dearth of poetry and romance. Meghadutam was the story a Yaksha who was separated from his lover. He requests a cloud to carry a message to his beloved. The cloud’s travelogue makes up the rest of the story.

Each of the verses contained abundantly rich descriptions. If the poet talked about a lily, he would not just describe it as a pearl or ruby like flower which adorns the lake. Vivid imagery and poignant similes would describe the lily.

As day broke, the river-bank tree, shedding drops of clear water from the tips of its leaves and ringing with birdsong, seemed to weep for the lily with tears formed of the night’s dew.

I learnt German in college too. Not beyond the basics but enough to notice few things. Interestingly German, like Sanskrit, uses the neutral gender ( नपुंसकलिङ्ग ) which is absent in most languages. Arya which means noble or respectable was also bestowed on as a title for revered people. Hitler borrowed the term to describe his ‘superior’ race.

Matr in Sanskrit means Mother. The German equivalent is Mutter while the Persians say Madar.
Pitr means Father in Sanskrit. The Germans say Vater (the V is pronounced as F), Persians say Pedar. On a closer look into Sanskrit and German, few more similar words can be traced. Hima (हिम) means snow while Himmel is sky. Wagen which means vehicle is similar to Vahana (वाहन).

Sometime last year, there was a debate about replacing German with Sanskrit in CBSE school syllabuses. Maybe our revered ‘Arya’ ministers thought that the similarities in the structure warranted a smooth replacement. Since the new government took over, there have been many schemes that have been introduced to generate the ‘Indianness’. The emphasis of Sanskrit is one such a move.

Everybody enjoys a little bit of narcissism. Honestly speaking, that was one of the reasons I delved deeper into the language. Little snippets and tidbits of information regarding Sanskrit were thrown at me. The sub-textual use of Sanskrit in our lives got me wondering about it history, richness and the reasons behind its decline.