The Aghori Way of Life – Kumbh Mela and Moksha 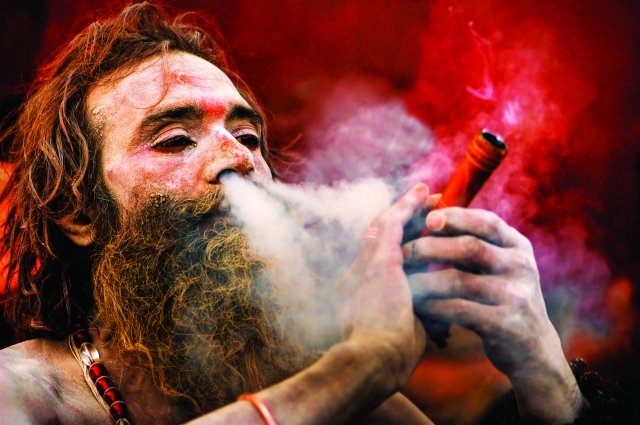 The Kumbh Mela is in full swing with thousands of devotees, inquisitive travellers and most importantly, sadhus and Aghoris gathering at Nashik to take part in the world’s largest religious gathering. The historic tradition of Kumbh Mela brings together the two indelible desires of humankind: immortality and the reign of good over evil. This year Nashik celebrates the drops of immorality that scents and spreads enlightenment through the land. The festival began with the hoisting of flag of Akhara at Sadhugram on 14th August 2015 and will go on until the end of September. 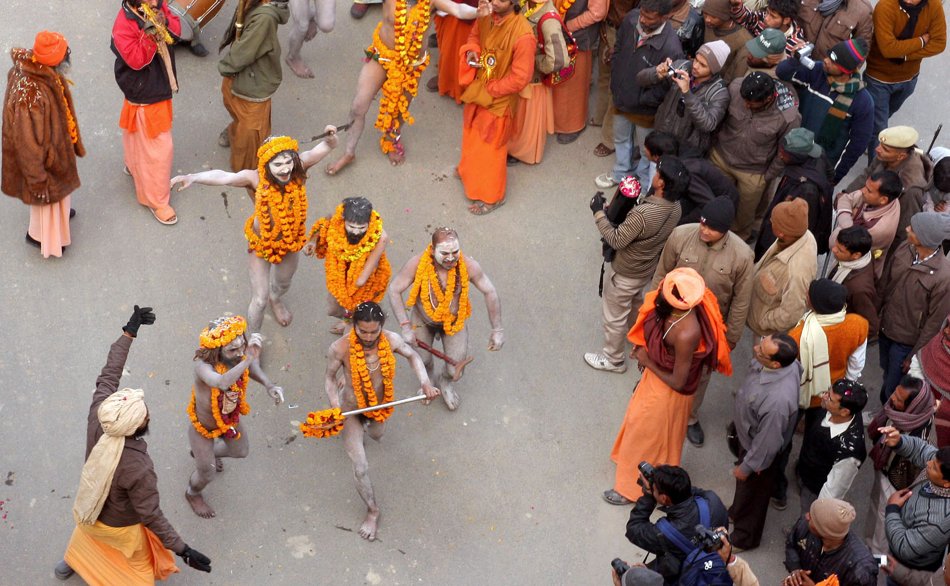 The centre stage of Kumbh Mela is the worship rituals of Aghoris, who have captured the interests of religious thinkers and historians for centuries now. Aghoris are ascetic Hindu monks from the Shaiva sect who worship the Bhairav form of Shiva. An Aghori sadhu is typically seen holding a skull (kapala), which is a cryptic message to devotees for renouncing the eight bondages to the material world ­– five sense-experience, intelligence, ego and identity and is also carried by the Aghoris as a continuing torch of their doctrines. Misconceptions about the Aghori tradition (like the alleged cannibalism) arise because we are often in unawares about the beliefs from which they originate. In the following points, we mention the beliefs of Aghoris and the derivative practices: 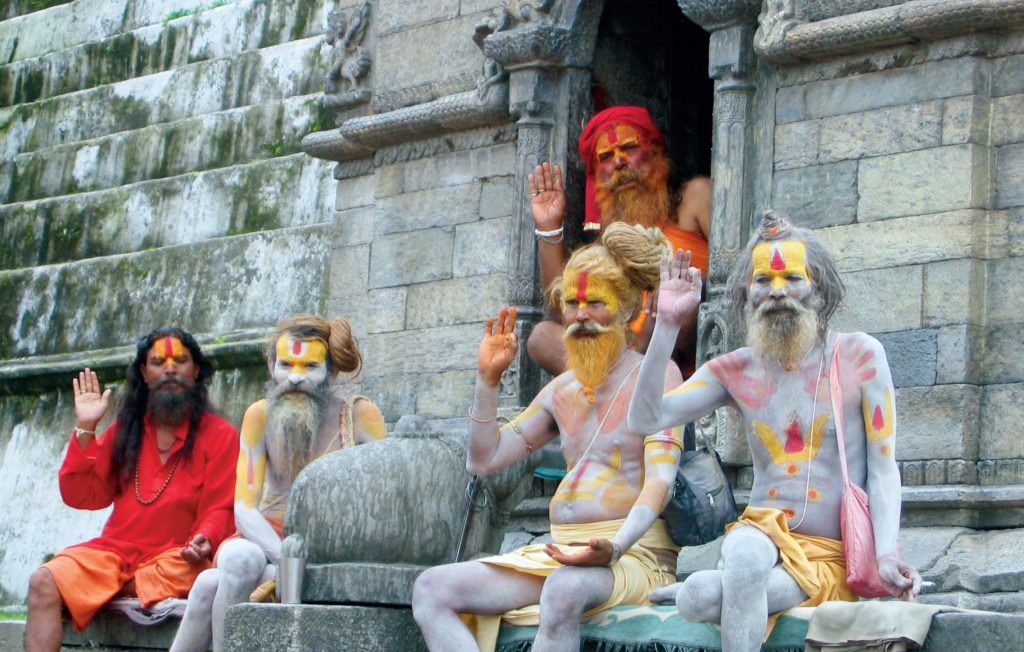 According to Aghori tradition, moksha (liberation from suffering) is achieved through complete renunciation of one’s personal identity and in this process, one must confront the nature of body including encounters with faeces, urine, phelgm and other bodily fluids.

Practice: A true aghori has to give up his name, even the identification as a male or female or transgender and gradually give up every socially and culturally conditioned label attached to their life. This is the initiation into the cult of Aghori tradition.

2. Everything is One: Animals, Plants and this Body 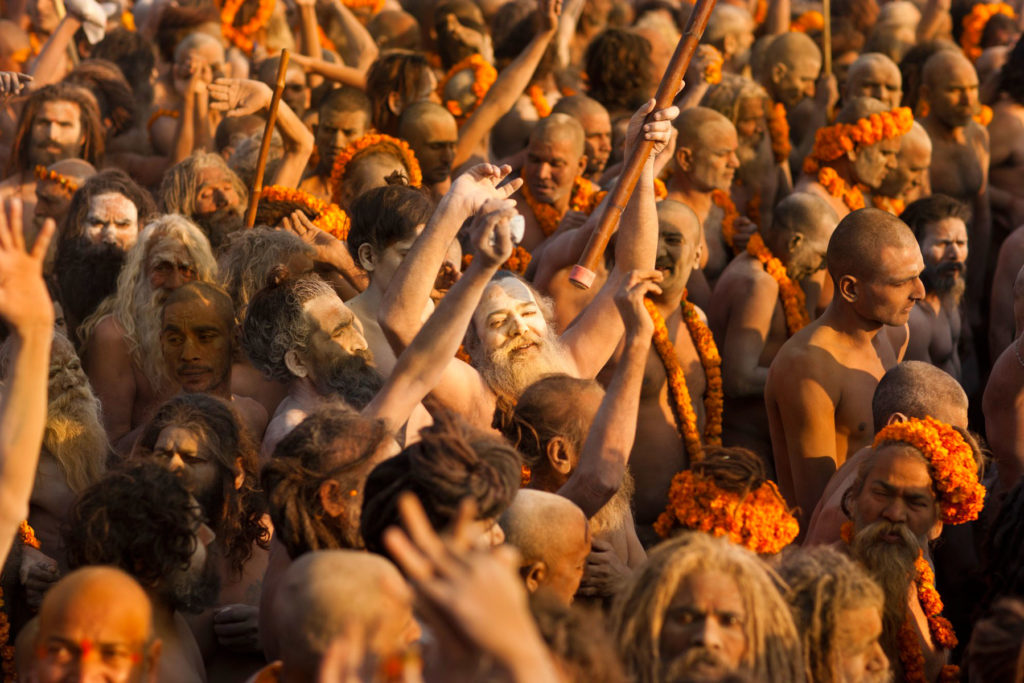 Brahman is considered the ultimate reality and any form of duality is a form of illusion, due to ignorance. Brahman is the immanent source of everything in the world, following the words of Upanishads (which form last part of Vedas).

Practice: Aghoris are known to have deep love for nature, especially animals. This is in harmony with the image of animal-companion dog who stands with Bhairava.

3. You and I are Made Of Clay: Only Different Shapes

Any form of distinction that we make which is supported by our language through concepts and categories is the result of ignorance about the reality of the world. There can be pragmatic function of language: use of words like ‘table’, ‘chair’ to point out objects but to think that there are permanent meanings to words: “self” exhibited through every form of “me”, “my”, “mine” is where ignorance is rooted.

Practice: Eating of human flesh because one gets pleasure from it is cannibalism. However, aghoris eat human flesh, even stool and urine to accept the body and its decomposing state- to accept the reality of disease, old age and death. They are indifferent- experience neither pleasure nor pain- towards such an act. Often mistakingly deemed as those who want to find purity in filth, aghoris do not see a distinction between purity and dirt. For this reason, they are known to use human oils from different parts of the body as medicines, apart from the smoking of marijuana.

5. Sex is Not About the Body: It is About The Spirits 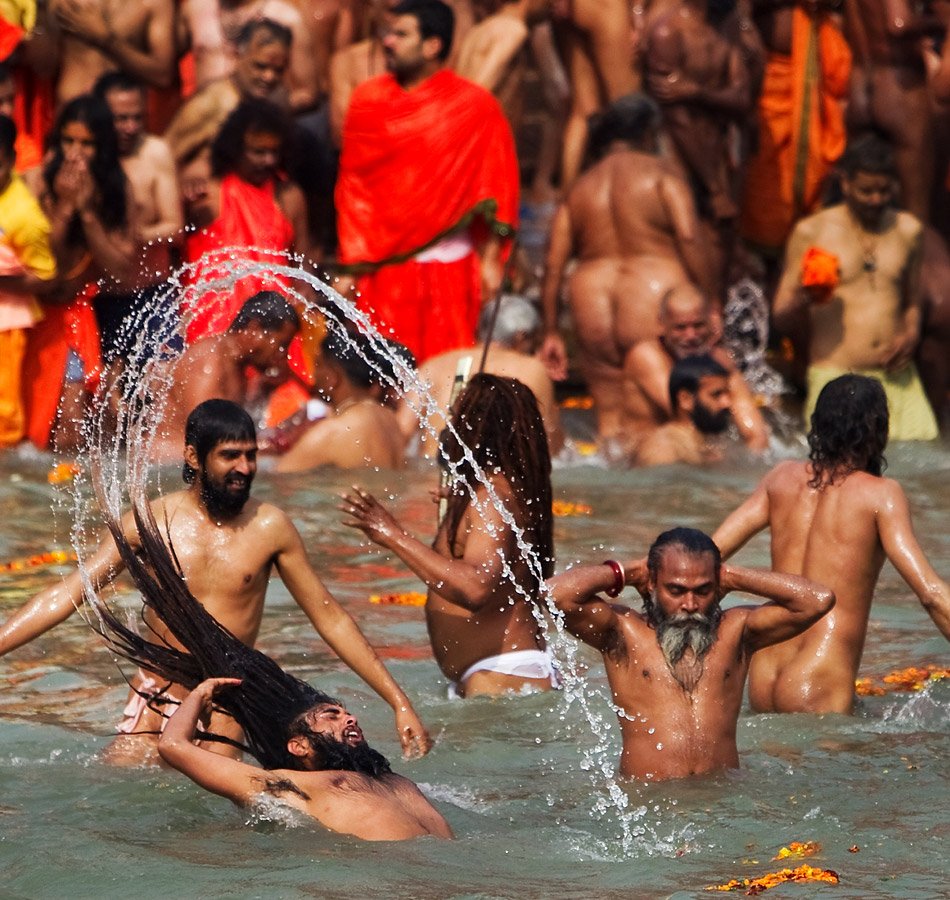 The aghori follow the rule of maithuna which is the act of sexual intercourse as taught by the spiritual leader. The ritual of sex generally involves location of a graveyard where consenting women are smeared with ash of the dead and the consummation takes place on the graves of the dead. The background includes chanting of mantras and beating of the drums. The act moves towards its climax spanning over an hour where the man and woman are said to become incarnations of Shiva and Shakti, thus gaining supernatural powers. These powers are not the reward that one seeks but are unexpected gifts. The real purpose remains to transcend the erotic dimension of sex and experience the spirituality in the act.

Do you think it is possible to have intuitive insight into Truth, as the Aghoris claim to have? Have you experienced this ever? Do their beliefs justify the practices they follow: eating of flesh and faeces, sexual intercourse on graveyard, smoking of cannabis? Do these practices conform to tradition Hindu principles?