The Celebration of Muslim Festivals in India

Secularism in India is a very palpable tenant. People of different religions co-exist here and though there are outbursts of communalism at times, overall, the structure of the nation warrants for an understanding and respect for each other’s beliefs.

One of the best ways to manifest this harmonious existence is the fervor by which festivals of all religions are celebrated. We have grown up learning about Diwali, Christmas and Eid in almost the same breath.  We have celebrated them with our friends irrespective of which religion we follow, have savored the delicacies with as much hunger as anyone else and have found ourselves intertwined in the cultural mélange that is an essential part of all festivities.

Muslims make a significant population of India. Many of their popular festivals are marked as government holidays too. The Muslims follow the Islamic calendar which is based on lunar calculations. Here is taking a look at some of the main Islamic festivals that are celebrated and observed in India.

One of the most important celebrations for Muslims around the world, Milad-un-Nabi is the day of Prophet Muhammad’s birth. The Prophet’s birth day falls in the month of Rabi-ul-Awwal. The day is celebrated by remembering the Prophet’s various teachings and by the praying of the Quran. Families get together and donations are made to charity as well. 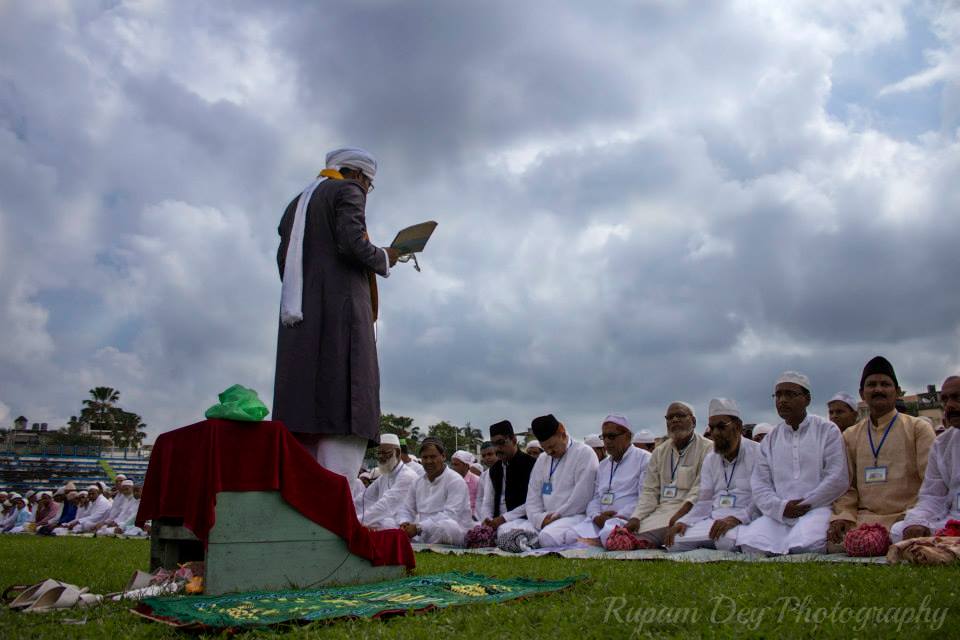 Marking the end of the month Ramzaan, Eid-ul-Fitr is one of the most joyous occasions in the Islamic calendar. After 30 days of fasting and abstaining from various forms of sins, this Eid is a true celebration of restraint and satisfaction. It is also one of the best known Islamic festivals in India, particularly because of the wonderful cuisine, such as the very popular sheer khurma and sevai preparations. New clothes are worn, gifts exchanged and ‘eidi’ (a token amount) is handed over to children and relatives. There is a general sense of frolic and happiness as people greet and hug each other on this day.

This Eid is celebrated to commemorate Abraham willing to sacrifice his son in accordance to the will of Allah. Because of Abraham’s absolute belief in the Almighty, the day is remembered for teaching Muslims the importance of having strong faith in the will of the divine. On this day, certain animals are sacrificed and prayers are offered early in the morning. Some of the delicacies to watch out for during this festival are biryani, halim, nihari, korma and more.

The first month of the Islamic calendar begins with the month of Muharram. On the tenth of Muharram, the Prophet’s grandson, Imam Husain was martyred in the battleground of Karbala. Unlike all the other Islamic celebrations, Muharram is not a festive celebration but a time to remember the tragedy and great sacrifices made by Husain. Many sects within Islam also carry out a procession called Taziahs, whereas, others spend the day in mosques praying and listening to sermons.

Muslims are spread across the world, in fact, many countries deemed as Islamic. Yet, the social milieu in India makes Muslim celebrations much more diverse and enriching. The layman that lives in societies, apartments or chawls finds the opportunity of a religiously different neighbor as a way of life. Working with colleagues or studying with Muslim friends is just how integrated the societal structure of this country is. And though at times, there are the scary incidents of them vs us, in those times there are also these very same common or laymen that rise above the religious difference to embrace humanity in its highest form.

The celebration of Muslim festivals, just like the celebrations of any other festival adds charm and fun into the culture of this country. Can you imagine not having friends invited for biryani during Eid, or not being pestered by office colleagues on when is the sheer khurma dabba coming from your home. How uninteresting and single minded would our social and cultural understanding be, if we didn’t drop by our neighbor with a scoop full of sevai or if we didn’t light phuljaris in our compounds.

Muslim celebrations are distinct in their character of celebration, their language and their cuisine. And thankfully, we still live in an age and time, when these are integrated with sensitivity, openness and friendship by this country.