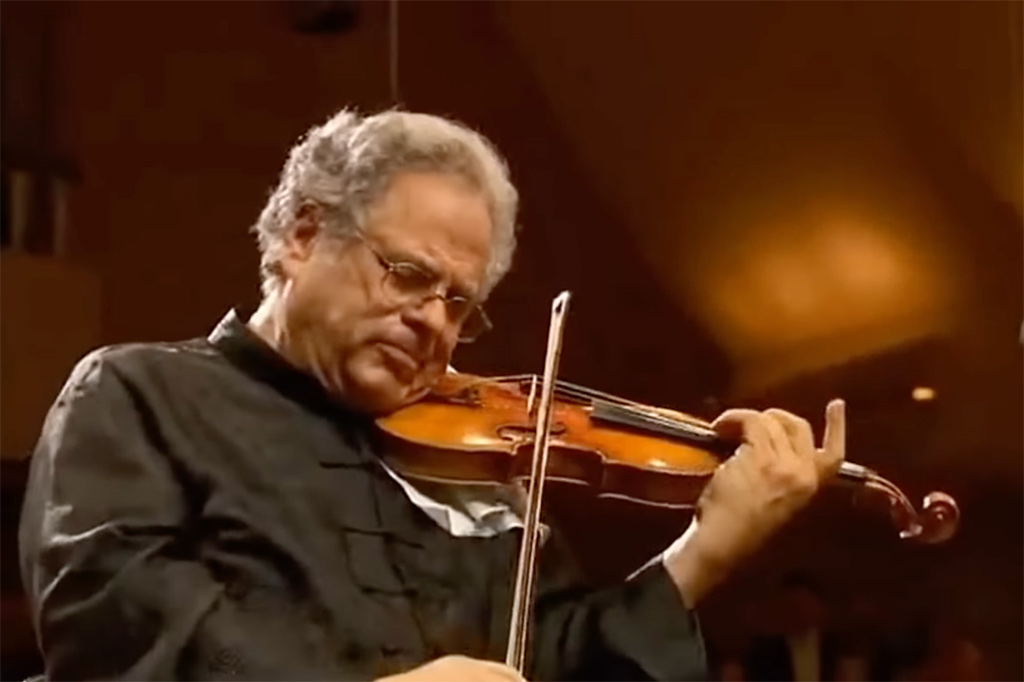 ICJAK PERLMAN is one of the most remarkable musicians of our time, one of the most famous violinists of the second half of the twentieth century. An award-winning musician, conductor, teacher and even opera singer, he became particularly famous for his work on the soundtrack of the Oscar-winning film Schindler’s List.

Despite his mobility difficulties (Perlman contracted poliomyelitis at the age of four, forcing him to use crutches or a power wheelchair), he has toured extensively, and it took a while for him to enjoy the great art of performing to reach Baku. And finally, on the 91st anniversary of outstanding Azerbaijani ophthalmologist Zarifa Aliyeva, Baku’s Heydar Aliyev Center hosted the long-awaited concert by Itskhak Perlman.

Itzhak Perlman started his concert tour 2023 in the US. The tour is scheduled to visit major venues across the country, including Carnegie Hall in New York City and the Hollywood Bowl in Los Angeles. Perlman is expected to perform a mix of classical and contemporary pieces, as well as some traditional Jewish music.

Perlman, silently, keeping a stern focus, rolled onto the stage and performed Ludwig Van Beethoven’s Sonata No. 8 to the accompaniment of his longtime friend Rohan De Silva. Richard Strauss’ Sonata followed, and after the intermission, Claude Debussy’s Sonata for Violin and Piano sounded, according to the program. It seemed that the time had come to say goodbye, but seeing the indescribable enthusiasm with which the audience in Baku received him, Itzhak Perlman gave an encore performance. He went backstage.

But the audience applauded without ceasing. The violinist came back and performed again. And again, and again… All in all, as many as six opuses by European composers from different eras were performed as an encore. Where had Perlman’s contrived sternness disappeared? But then again there was none. The great violinist turned out to be a jovial, cheerful man. He preceded each piece with joyful comments:

“Henrik Wieniawski wrote the Caprice for two violins – for himself and his friend. But the friend was not a very good violinist, so the second violin part was very simple. We don’t have a second violin here, so I’ll give him the easy part (nod towards Rohan De Silva). I hope he can do it…”

Gluck, Brahms, Bozzini, Kreisler again… Itzhak Perlman presented the people of Baku with a delightful evening, filled not only with beautiful music, but also with surprisingly good energy.

The violinist is interested not only in the classical repertoire, he records music for films, such as the acclaimed film Schindler’s List (composed by D. Williams). And recently he recorded music for “Memoirs of a Geisha” together with the American cellist Yo-Yo-Ma. Perlman has an incredible number of recordings at the best firms in the world, including jazz compositions with O. Peterson and other jazz musicians.

He was involved in the recording of Jerry Bock’s Broadway musical Fiddler on the Roof. Also on CDs is virtually all classical violin music performed by Pearlman. He plays 1714 Stradivarius violins (the instrument formerly owned by I. Menuhin) and 1743 Guarneri. The violinist has won the Grammy Award five times — in 1979, 1981, 1982, 1988 and 1991 — more times than any other classical musician.