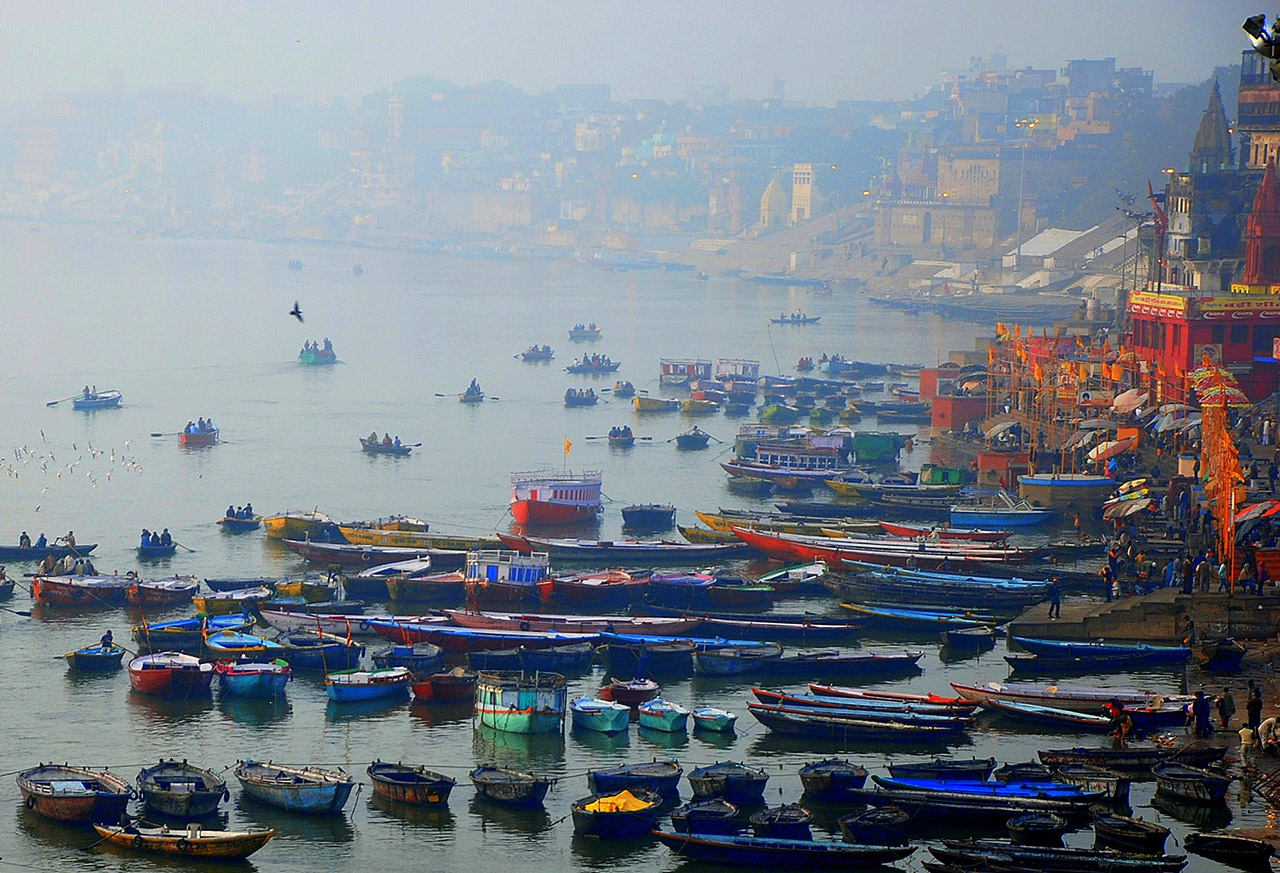 Uttar Pradesh is a culturally diverse state with a rich history, festivals, agriculture, cuisines, and tourism. From ancient temples to national parks, wildlife sanctuaries, historic monuments, incredible architectural marvels, massive forts, and scenic splendour, the state is rich in every way. Uttar Pradesh is a pilgrimage destination with religious ghats where millions of people bathe each year. This is where the holy Ganga emerges, fertilising the state’s plains. Not only does the Ganga bless millions of people every day, but Varanasi’s Kashi Vishwanath temple does as well (Lord Shiva). The Taj Mahal, one of the world’s seven wonders, is the top draw not only in India but also in the world, and the state is highly proud of its tourism attractions. 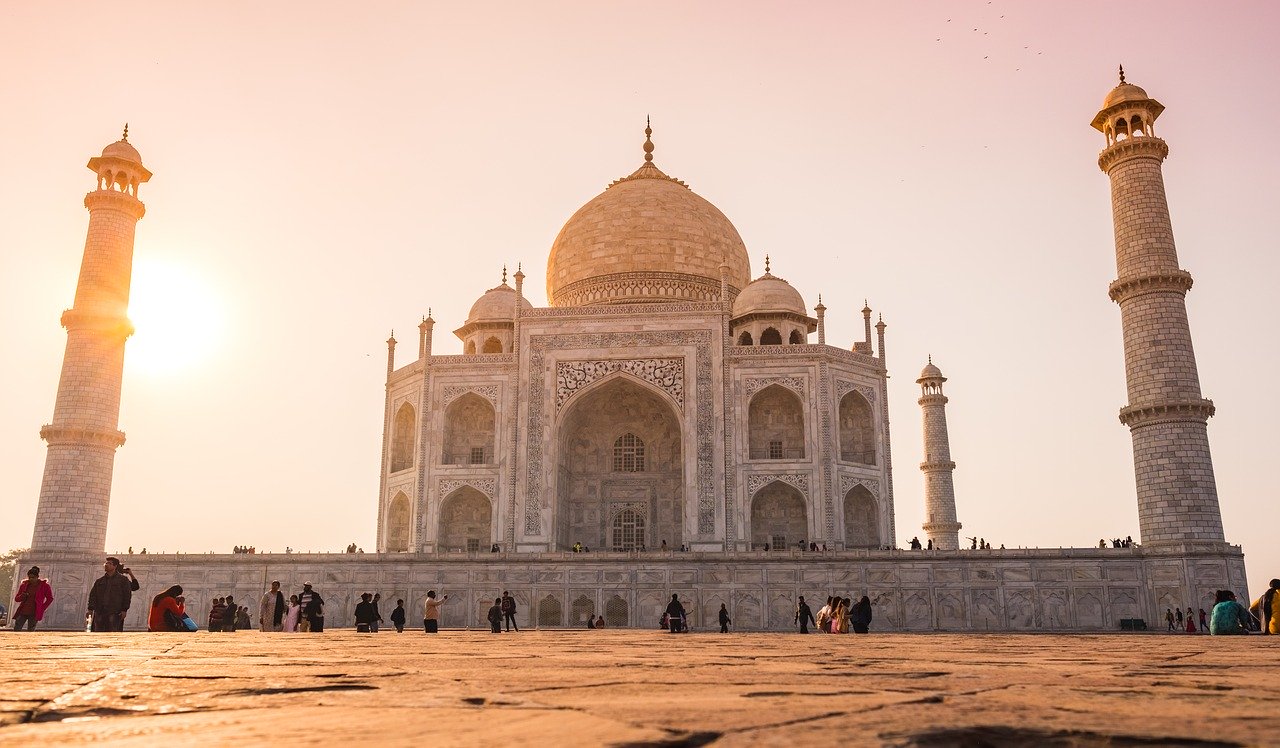 “The embodiment of all things pure,” wrote Rudyard Kipling of the Taj Mahal’s grandeur, and he wasn’t joking; the Taj is undeniably beautiful. It is an immortal lyric carved in white marble, and it is the most beautiful expression of an emperor’s love for his queen. It was built on the banks of the River Yamuna in 1631 by Mughal Emperor Shah Jahan in memory of his beloved wife and Queen Mumtaz Mahal, who died giving birth to their child and whose last wish to her husband was “to build such a tomb in her memory as the world has never seen before,” The magnificent tomb took 17 years, 22000 workers, and 1000 elephants to construct. The Taj Mahal is one of India’s three UNESCO World Heritage Sites. The monument is set in a tranquil Mughal Garden and stands on a high marble platform with its back to the Yamuna River. The Taj Mahal’s four sides are perfectly symmetrical, with majestic vaulted arches adorned with Pietra Dura scrollwork and verses from the Quran written in calligraphy with inlaid jasper. Photographers and foreign tourists flock to this architectural gem in India. The Taj Mahal is as beautiful today as it was when it was initially built, mesmerizing passersby.

The Shri Kashi Vishwanath temple in Varanasi is revered by Hindus and is one of India’s most prominent temples dedicated to Lord Shiva. One of the twelve Jyotirlingas, the celestial shrine stands towering on the western bank of the holy river Ganga. The major deity is known as Vishvanatha or Vishveshvara, which means Ruler of the universe. Because Varanasi is also known as Kashi, the shrine is also known as Kashi Vishwanath Temple. The Kashi Vishwanath Temple is adorned with three gold-domed domes! According to common belief, any wish made after witnessing the golden chatra is granted.

Ganga aarti on one of the famous ghats Dashashwamedh in Varanasi is a shining light of devotion and bliss that allows us to feel the god inside and around us. The sacred Ganga River has been cherished from the beginning of time. It is one of the must-see attractions on any traveller’s itinerary, and people from all walks of life flock to the city to witness the Ganga aarti. This event is led by a group of saints clad in silky saffron and white robes. Each pandit or saint takes a designated position on the Ghat and begins the ritual by presenting flowers to the river. Many oil lamps, such as the snake hood light, are carried in sync during the rite.

Lucknawi Biryani is a national favourite made with cashew nut paste, saffron, curd, mace powder, and star anise. This flagship dish, in which the meat (mutton or chicken) is roasted over a slow fire, is an essential part of Awadhi cuisine.

Lucknow’s soft Tunday kebabs are known for their savoury, melt-in-your-mouth flavour. These kebabs are cooked with lamb or buffalo meat and over a dozen spices to give them a distinct flavour. Galouti kebabs are a mainstay of Awadhi cuisine and a must-try for any foodie looking for something scrumptious to eat. This dish consists of a delicious minced meat kebab seasoned with a variety of spices. As soon as you bite into the kebabs, they melt in your mouth, leaving you wanting more. The nawabs were famed for enjoying Galawati or Galouti Kebabs, which were a regal delicacy at the time.

Suggested read – 10 Lucknow Food Delicacies that Will Make You a Foodie for Sure!

Uttar Pradesh is known for its scrumptious street cuisine, from a variety of chaats to delectable kulfis, and visitors from all over the country rush to Lucknow, Kanpur, and Agra, among other places, to enjoy these delectable treats. It has a wide range of flavours, as well as various toppings and masala. The most well-known chaats include samosa chaat, aloo tikki chaat, and matar chaat.

A sari created in Varanasi (Banaras), also known as Benares, is known as a Banarasi sari. The saris are famed for their gold and silver brocade or zari, quality silk, and lavish embroidery, and are among India’s finest. The saris are composed of carefully woven silk and are embellished with complex designs. They are relatively heavy due to the engravings. Each sari can take anything from 15 days to a month, and even up to six months to make, depending on the complexity of the intricate patterns and colours. Banarasi saris are traditional Indian saris usually worn at weddings that are designed to be enhanced by the woman’s most prized jewellery.

Chikankari is a type of Lucknow embroidery that is incredibly delicate. Chikan literally translates to “embroidery,” and it is thought that the Mughals were the first to introduce this art style. The garment has a refined vibe thanks to the basic and accurate, yet detailed hand stitch. Indian chikan work dates back to the early third century BC, according to one legend, with a traveller teaching chikan to a farmer in exchange for drinking water. The most popular and factually verifiable myth is that Noor Jahan, the wife of Mughal emperor Jehangir, was the first to introduce Persian art to India in the 17th century. She was a gifted embroiderer herself, with a particular affinity for the craft. Her husband is said to have appreciated chikan work as well, and has established several studios in India to perfect the art form. Back when it was first invented as a white-on-white stitching technique, the preferred fabric was muslin or mulmul, which was best suited to the warm, slightly damp atmosphere. Chikankari artists moved across India after the Mughal Empire fell apart, although Lucknow remained the main hub, with Awadh a close second. The 400-plus-year-old art genre is still a global craze today.

Kathak is a popular Northern Indian classical dance genre. Uttar Pradesh is the state where it is most popular. The name Kathak literally means “narrator.” Kathak dance is the technique of telling a story with smooth but precise body motions. It is accompanied by the tabla or pakhawaj, a traditional instrument.

The Prayag Kumbh Mela is a Hindu religious gathering annually in Allahabad (also Prayagraj), India, near the Prayag or Triveni Sangam, which depicts the confluence of three rivers, two of which, the Ganges (also Ganga) and the Yamuna, which have objective reality while the third, the Sarasvati, which is mythological. The festival is marked by a ritual dip in the waters, but it is also a celebration of community trade, with multiple fairs, education, religious talks by saints, mass feedings of monks or the destitute, and a spectacle of entertainment.

Holi in Vrindavan and Mathura

While Holi is celebrated in practically every section of India, it is especially well-known in Braj. Braj is a historical territory that includes Mathura, Vrindavan, and other surrounding locations. Because of its unique customs and traditions, Holi attracts visitors from all around the world to Vrindavan, Mathura, and Barsana. It is, after all, a grand occasion. Lord Krishna was born in the city of Mathura, and he spent his boyhood in the city of Vrindavan. Despite the fact that Holi has a set date, the festivities begin on Basant Panchami and last until the day of Holi (Phalgun Purnima). Holi is celebrated in Vrindavan with coloured water and gulal, which is a colour made from organic ingredients like flowers and Kesar. The atmosphere is heightened by the presence of music (bhajans) in the background, which causes people to dance to the beats while taking in the sights.

In fact, it can be claimed that Hindi and Urdu art, craft, dance, literature, music, and poetry have penetrated throughout the state, and the microcosmic fabric of its cultural worldview has impacted Indian culture to a large extent. As a result, the label of Uttar Pradesh as the “cradle of Indian culture” is quite appropriate.