Uttarayana From the Eyes of a Delhite 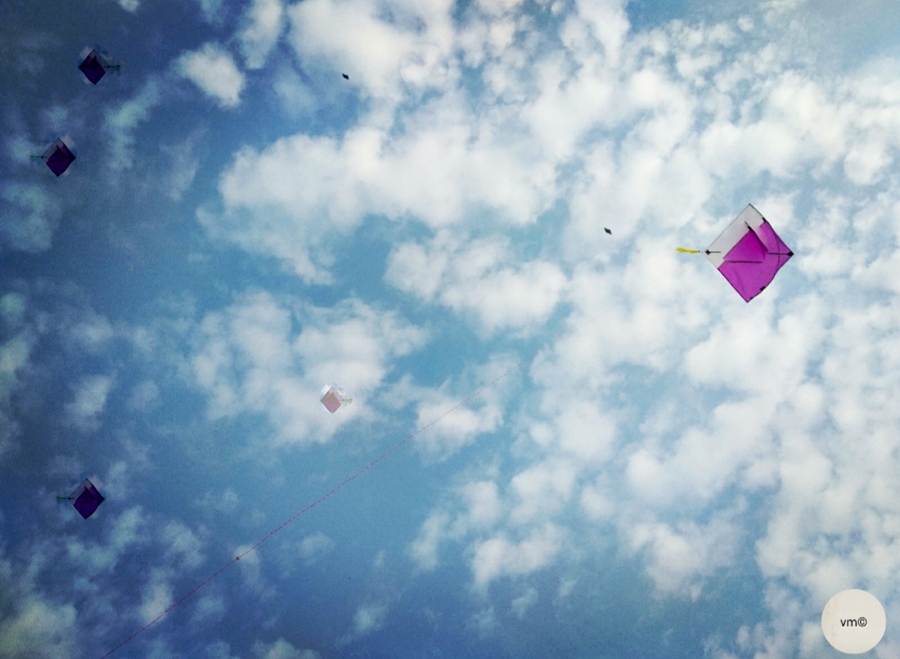 All through my life, I have seen people of a particular neighbourhood gathering around a crackling holy flame, offering their prayers as a part of Lohri celebrations. A pleasant warmth amidst the chill of a January night.  And almost each year, the following morning would bring Makar Sankranti.

Culturally speaking, Lohri and Makar Sankranti are amongst the festivals that celebrate the hard work of farmers and the onset of harvest season. Although for me, they often came and left quick unlike Diwali, Dussehra and Holi.

My perception flew out the window the moment I landed in Vadodara, just a day prior to Uttarayana. It gave me a glimpse of some of the frenzy revolving around the kite festival. My eyes widened in awe as they fell upon a bustling market, throbbing with colours. 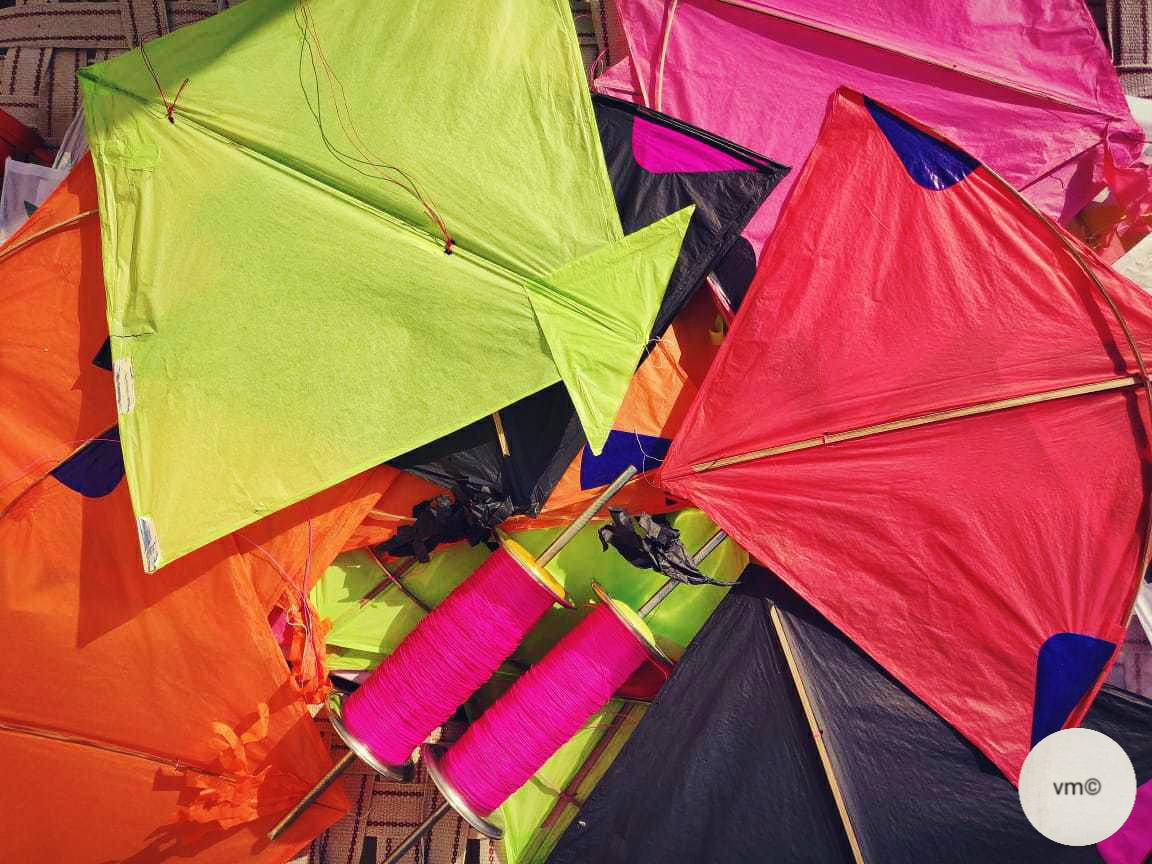 Stacks of patang (kites) stood bundled up in corners. The finest pieces dangled from the edge of makeshift shops. Huddled around them were kids and youngsters, their eyes gleaming almost impatiently as they darted between kites to gather their best picks.
Dark pink manjha (glass glossed string with which the kites are flown) rolled around wooden spools decorated the table alongside hued plastic trumpet toys of varying sizes.
The momentum on crowded streets spoke of months of slogging, battered pink fingers and smiling faces of kids accompanying their parents in attracting potential customers. Their high-pitched voices excitedly rattled off on, “how their kites would stand out from the rest.”

Staying with a relative in Vadodara and entering their mohalla (neighbourhood) lanes, felt quite cosy. We were greeted warmly while passing different houses. Familiarisation started settling in me from that moment on. The next morning, I woke up to the musical sounds, it was the day of Uttarayana. My day started with a hearty meal of mouth-watering Gujarati dishes, Jalebi Fafda, Muthiya, Khaman and Dhokla. Loud cheers and gibberish lingered on in the background intermitted with Bollywood music flashing the memories of Holi. Excitement and restlessness coursed through me to take a look at the happenings on the roofs. 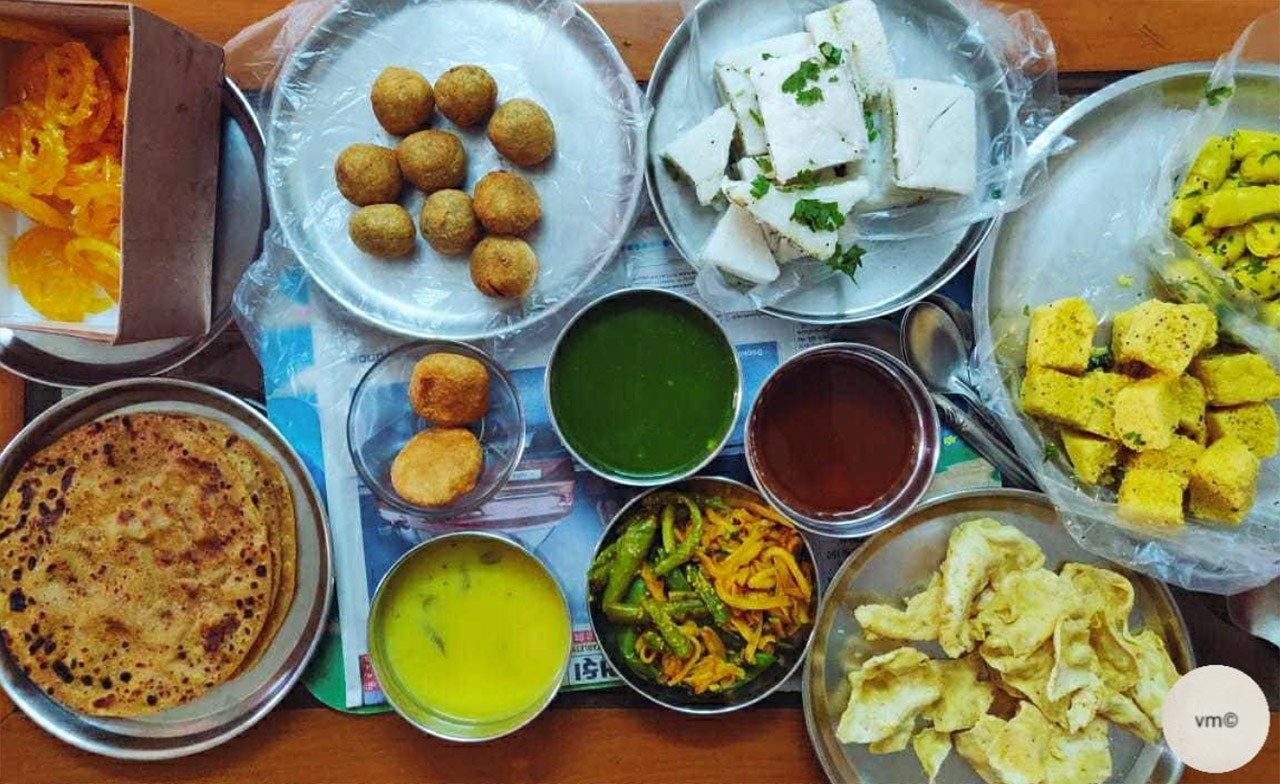 And when I finally did, I gasped. The sky was dotted in colours. Some of them flying away, many chasing down others and far off the distance, several gliding through the breeze to unknown destinations.

There were hardly any edifices. Independent houses stretched far into the horizon. Roofs were occupied with people grasping thread, manoeuvring it hurriedly to fly their kites, spool holding fellows remained closely behind them. “Khainch!” “Lapet!” Someone yelled across loudly after skilfully cutting down his opponent’s thread and along grew the sound of victory trumpets. It felt like the anthem of the day, ringing in from all ends. Shortly thereafter, their merriment rubbed off on us as well. We cheered on, shared laughs and tried our hand at kite flying while munching on chikki and sukhdi. It felt like sitting in one large stadium. 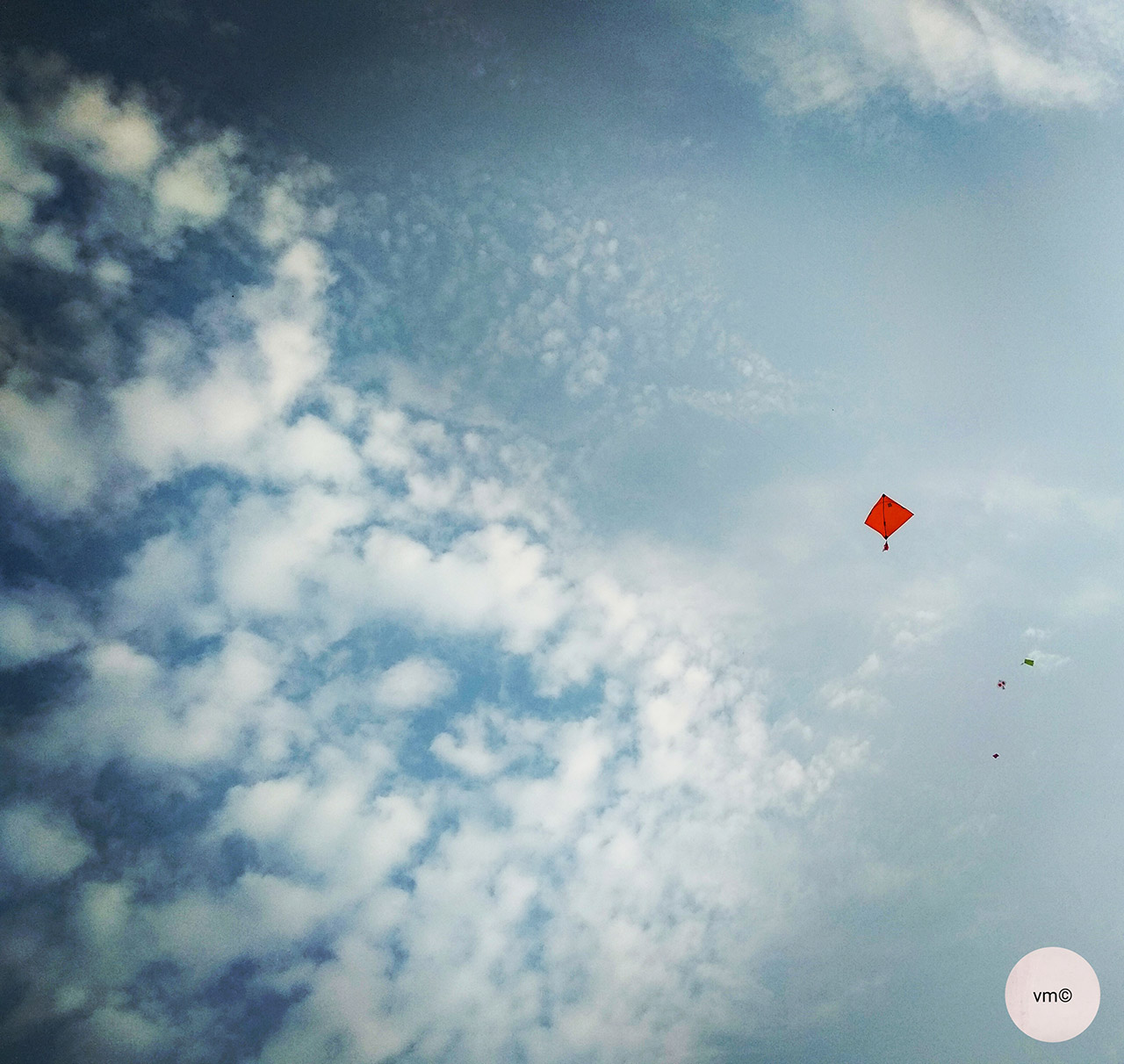 The novelty of Makar Sankranti kept me engrossed so much that I didn’t even realise when the sky turned crimson. Several twinkling beads started passing by. It was the time for lamps and fireworks.
There is something about giving a final nudge to a warm lamp into the sky as if sending away some of your hopes to those who listen. And the higher they rose, jiggling with the evening breeze, the calmer it felt.

I was momentarily transfixed by the beauty of fireworks casting patterns in the darkness and hundreds of lamps effortlessly gliding forward in between their artwork. It truly felt like an offbeat experience when the loudness of the day transitioned into a peaceful dreamy night. Most of us had our eyes glued to the sky.
Makar Sankranti held a unique peace-inducing memory in my mind. It was synonymous with sesame seeds infused sweet treats, early morning sesame seeds water bath and offering up of prayers. By night, we would end our day with curd, coriander dip, papad and khichdi.

Uttarayana threw a new perspective my way in which the festivities were not limited to a particular household or neighbourhood as happen in many festivals. Strangers or not, everyone seemed to be collectively engaged in singing the same tune while interacting through their kites.They made me feel like a part of them. As a stranger to their state, the underlining force behind their thriving solidarity was very apparent to me. The twin festivals of Uttarayana and Navratri had a considerable role to play in community building. 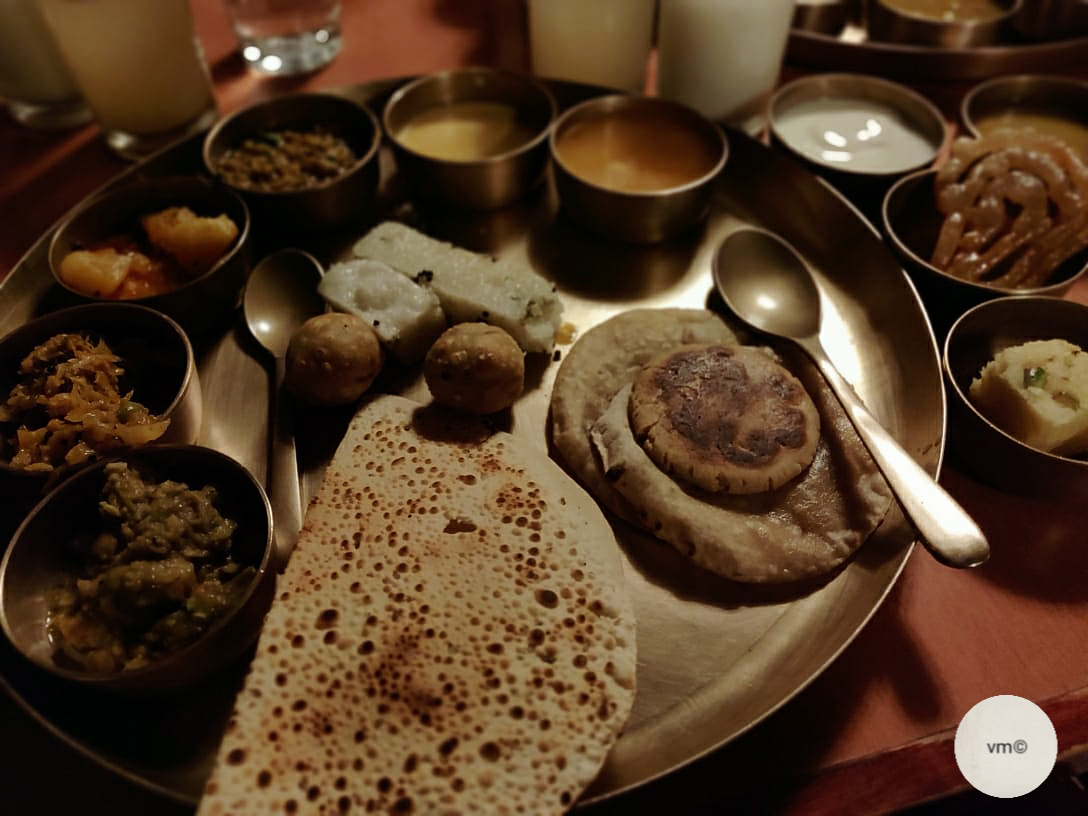 Cuisines too have often brought people closer especially for a food aficionado like myself who had a perfect wrap to an exhilarating day with a Gujarati thali (plate). We learnt that the signature dish of Uttarayana is Undhiyun, a gourmet of veggies and spices, topped with Sev. The rest of the evening took off blissfully with us treating our taste buds to Undhiyun and other delicacies from our plate!