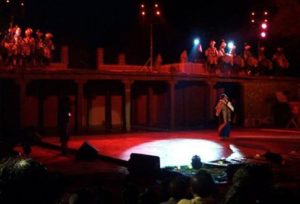 How would you relish a jugalbandi of Taufiq Qureshi on tabla and Niladri Kumar on sitar; or Nirupama and Rajendra’s dazzling display of kathak; delightful Qawwali by Warsi brothers; or an Indo-rock fusion session by Indian Ocean; or listen to the soothing Carnatic classical on Saxophone by Kadri Gopalanath… How would you like it if all these enchanting performances are served free…

While you wonder how such an eclectic collection of artistes can happen, let’s take short ride out of the bustling city of Bangalore. Moving on the Pune-Bangalore highway, you have to take a right turn at the Dasarahalli junction. Then after you cross the Jalahalli airforce station, move towards Hesaraghatta village. Once you cross the Hesaraghatta lake, you should ask directions for Taj Kuteeram hotel. Next to it is the mecca of Indian dance learning, the ‘Nrityagram‘ dance village. Nrityagram used to host an annual national level dance & music festival named ‘Vasantahabba’.

First held in 1990, Vasantahabba was the brainchild of Protima Gauri Bedi, who wanted to create a ‘Woodstock’ festival for classical dance and music in India. It is heart rending to note that today this enchanting event is no more. Dance and music lovers who once flocked every year on the first Saturday of February, rue the loss of this fascinating program has not happened since 2005.

Witnessing Vasantahabba was like an annual pilgrimage for dance and music devotees. They knew it happens on the first week of February every year, heralding the arrival of spring season (‘Vasanta Habba’ literally means spring festival in Kannada). Every year, music aficionados of all hues descended on Bangalore and proceeded towards Nrityagram. 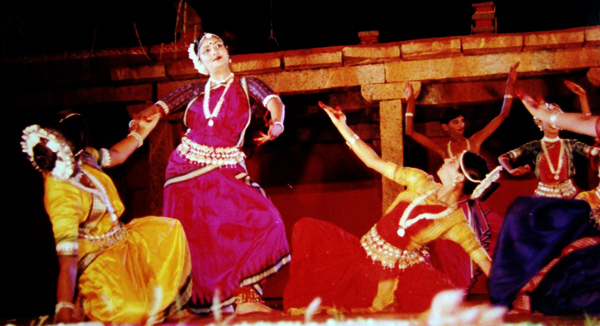 The pilgrimage metaphor fits in fine – just like pilgrims going to Vaishnodevi or Shabarimalai chant ‘Jai mata di’ and ‘Swamiyye Ayyappo’, devotees noisily congregated in hordes to the remote village beyond Hesaraghatta lake. From 1990 to 1999, they would fit inside a cramped amphitheatre to witness a dawn-to-dusk festival. The stage is built like a Greek amphitheatre, with its architecture inspired by Hampi’s ruins. Later during 2001-2004, large TV screens were installed outside for the thousands who could not get inside. They cherished the seeds and soil packets given by the Nritygram Foundation as token of respect. Just like in any temple, the sanctum of stage was revered by the devotees.

Obviously, with such hype about it, you had to reach the venue at least two hours early to get a seat inside the amphitheatre. There was space only for 5,000 people to sit and the 15,000 who would turn up every year, had to manage standing throughout the night at the edge or sit in front of the projector TV screens outside. Fortunately, I and my friends ensured that we always got a seat inside. But in 2003, our gang could not get inside until midnight despite having our privileged press id! 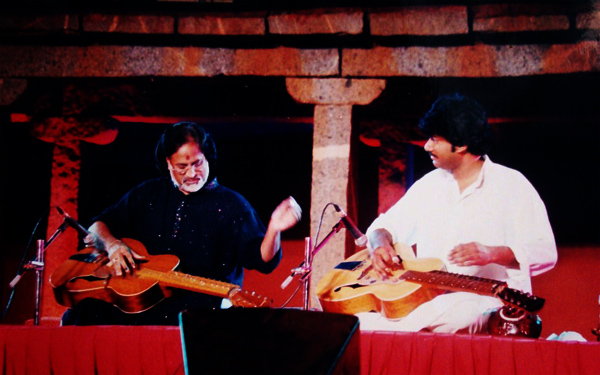 Dancers and musicians of national and international repute performed on this revered platform. Each artiste was given about an hour to perform and sometimes, the audience request for an encore used to hamper the schedule. I remember in 2001, the Taufiq Qureshi performance went on beyond dawn.

The program schedule of this dawn-to-dusk festival had a typical structure. Just as the crowd settled, the lights would come on along with a reverberating sound of Dollu drums filling the air. Belliappa’s troupe’s Dollu Kunitha drummers would produce a rhythmic and heart thumping beat. Soon, renowned actress Arundhati Nag (affectionately called ‘Aruakka’) would come on stage and introduce the program’s background and the artistes who would perform tonight. The first one by the Nritygram ensemble headed by Surupa Sen would unravel a plethora of performances. 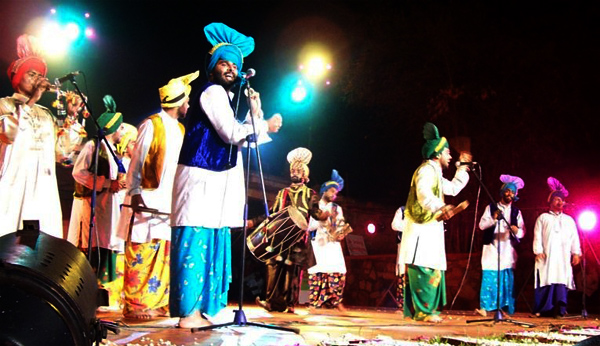 So between 6.30pm in the evening to 6.30am on the next day, we could enjoy world class performances of at least 10-12 celebrated artistes. Here is compilation of famous artistes who have performed at Vasantahabba:

It is obvious that an event of such mega scale cannot be held without the support of large hearted sponsors. The organisers were adamant on keeping the entry free in accordance with Protima Bedi’s vision of popularising dance and music among the masses. Corporate and individual sponsors kept the event alive by funding the artiste fees and event organising costs. 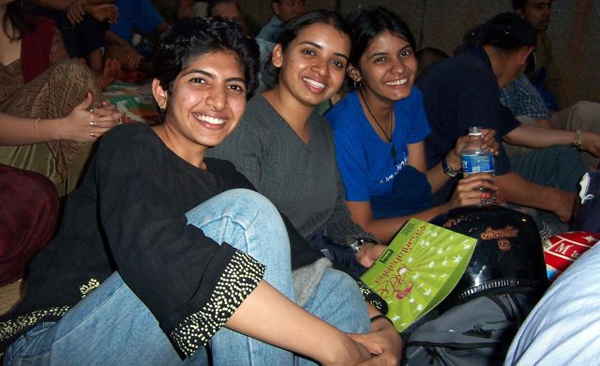 Sadly, Vasantahabba has not been held since 2005. The problem first arose when huge relief efforts were undertaken for the Indian Ocean tsunami that happened in December 2004. Many of the corporate sponsors diverted their social responsibility funds to tsunami relief. The event was never held again and Nrityagram later blamed it on the global financial crisis. However, a point to be noted is Bengaluru Habba, another mega cultural festival that happens in the heart of the city, has not suffered a similar fate! Since Nrityagram has not commented on the fate of Vasantahabba, it is assumed that the festival has been scrapped for good.

Now, we can only reminisce the fading memories of Vasantahabba where we friends used to congregate once in a year and feel nostalgic about it!