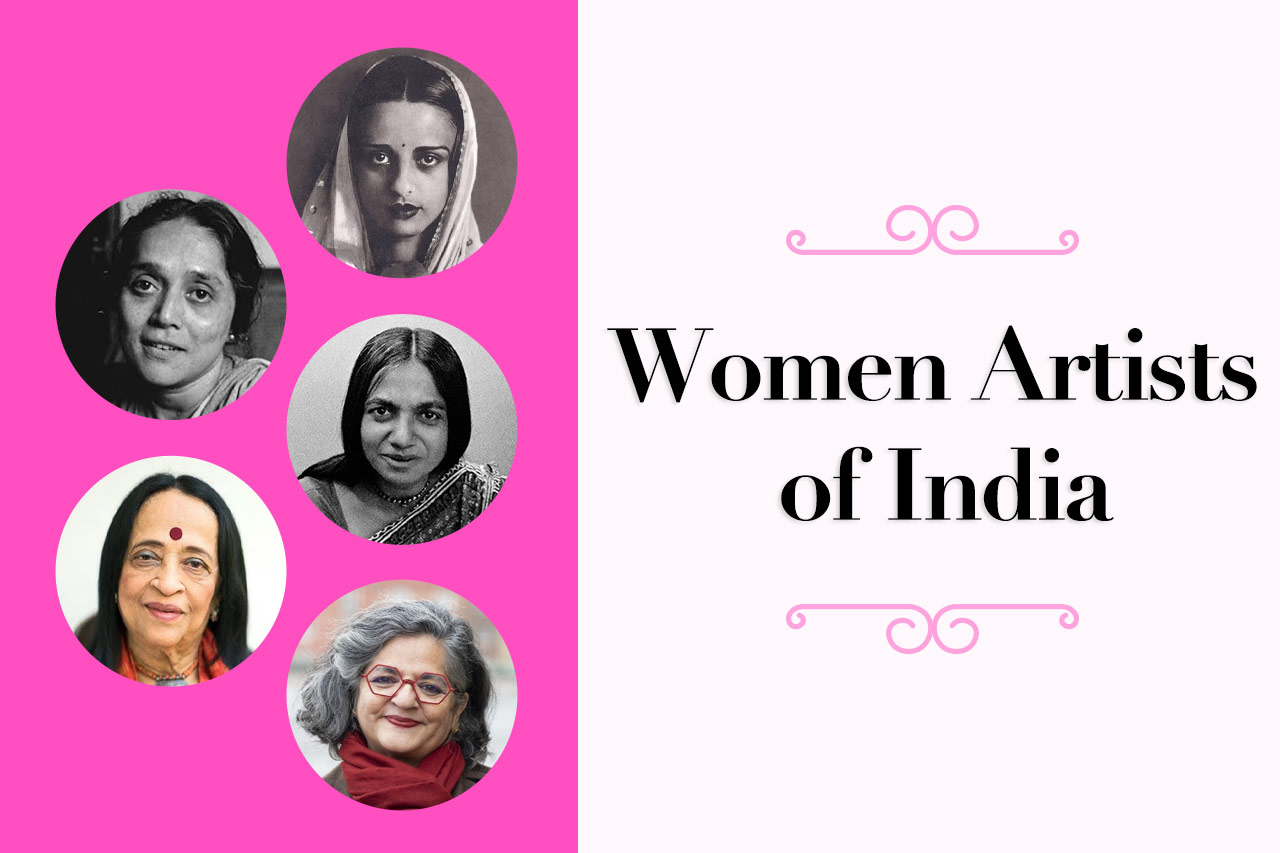 Artists are unique. Their views and perceptions make the ordinary – extraordinary. And the expression of their art is a service to not only themselves, but to the entire world. Artists though are identified through their creative works, social and cultural angles also play a role in defining the artists’ works. The expression of art does not depend on the gender, caste, age and circumstances of the artist. And perhaps, that is why, it is important to acknowledge and understand the contributions of an artist in relation to their personal and societal influences. On that note, women artists of India have carved a niche for themselves, as their art is often a reflection of how women in general are viewed by society. On the other hand, women artists bring to the artistic world their own unique perspective and creative understanding of what they represent on canvas, photographs or sculptures.

Suggested Read – Top Indian Artists That Every Indian Should Know

As women have been striding ahead in all spheres, including as artists, we bring to you a few of the most renowned Indian women artists who have set a benchmark and brought home glory and respect. 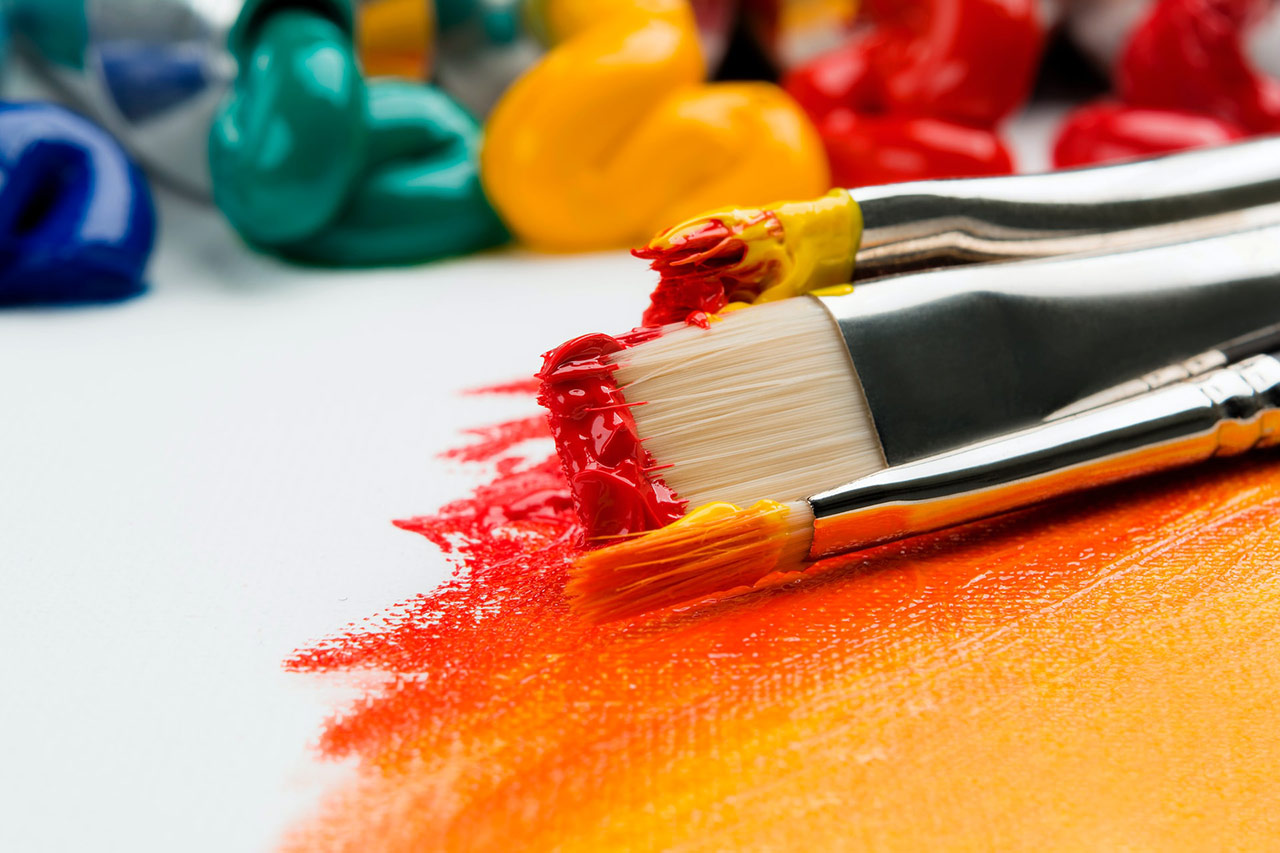 Art is an expression. It is the creative articulation of a thought, story or emotion that finds manifestation in different forms. According to common understanding, the different forms of art include painting, sculpting, literature, architecture, cinema, music and theatre. However, these are not necessarily the defined set of art forms. Just like art, there is artistic liberty to incorporate other forms, such as dance, performing arts, cooking, photography etc.

There are certain art forms where women over the years have been the main centre of attraction. Or have been equal path breakers in the growth and recognition of the art. Dance, music, cinema, singers and more have produced legendary women artists that have inspired and continue to inspire generations. 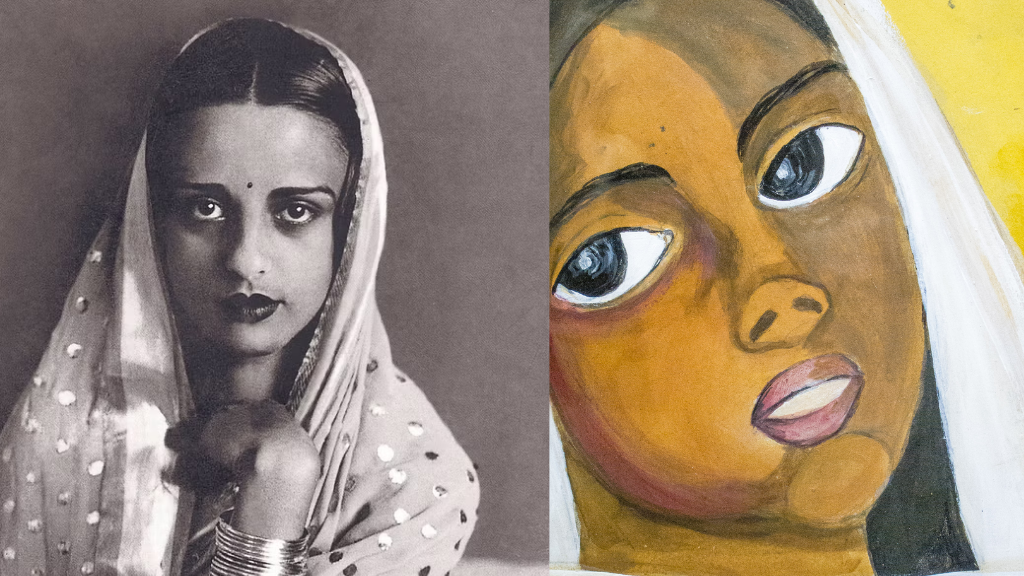 One of the most iconic women painters Amrita Sher-Gill’s paintings were self-portraits, different moods, life in Paris, portraits of friends and more. One of her greatest contributions was finding an aesthetic blend between Western and traditional art forms. Her paintings depicted the life of women in her time and some of her famous works include Three Girls, Bride’s Toilet, Mother India and more. 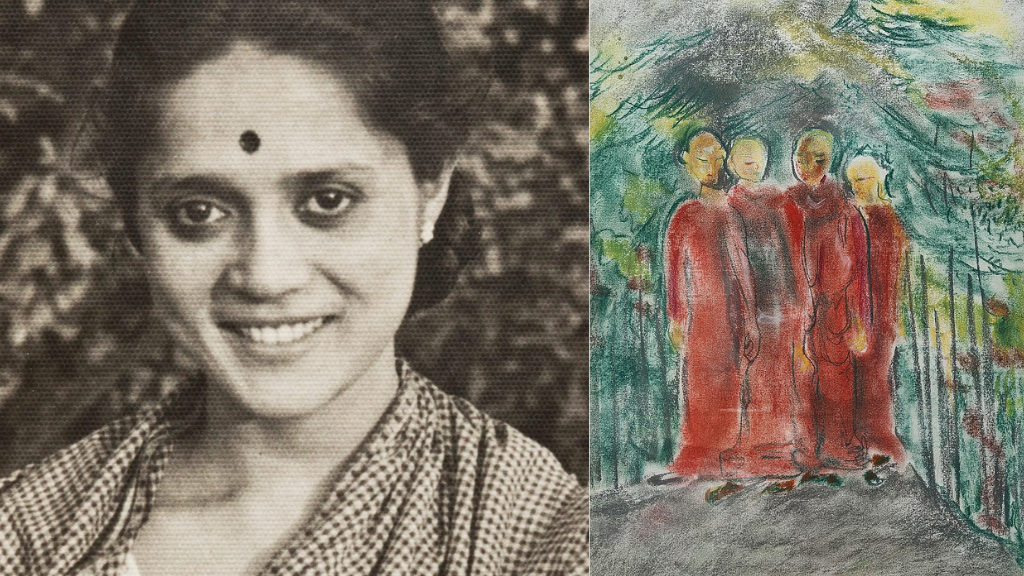 A sculptor, writer and painter, Meera Mukherjee is credited with enthusing modernism into the ancient Bengal sculpting arts of bronze casting and improved the Dhokra method. She toured India to work with local craftsmen, particularly working closely with the Gharuan in Bastar region who use a traditional lost wax process for creating sculptors. Her sculptures are inspired by the common man doing the daily chores of life, such as fishermen, women stitching, weavers, as well as nature, dance and music that also found reflection in her works. 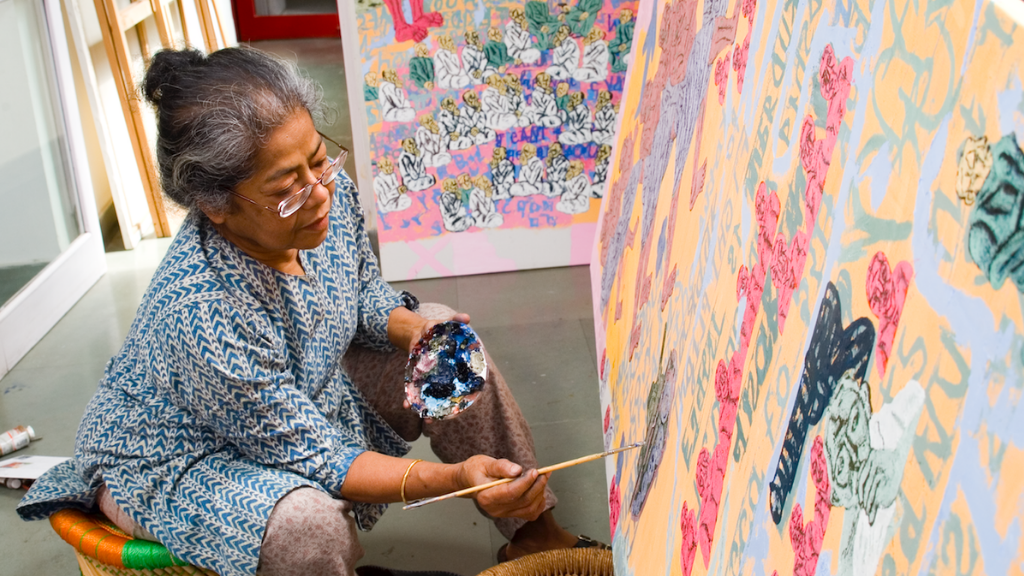 Arpita Singh is a renowned painter whose works include, Child Bride with Swan, My Mother, The White Chair and many more. With her vibrant and vivid use of colors that were dominated by the shades of blue and pink, her art is often inspired by Bengali folk art. Her paintings are centred on myriad themes, from showcasing women in their daily life, painting beautiful objects, such as trees, vases and flowers and also about war and national as well as international turmoil. However, women continued to be the main protagonists of her paintings, though she also touched upon other relevant issues, such as the anti-Sikh riots, Indira Gandhi’s assassination and more. 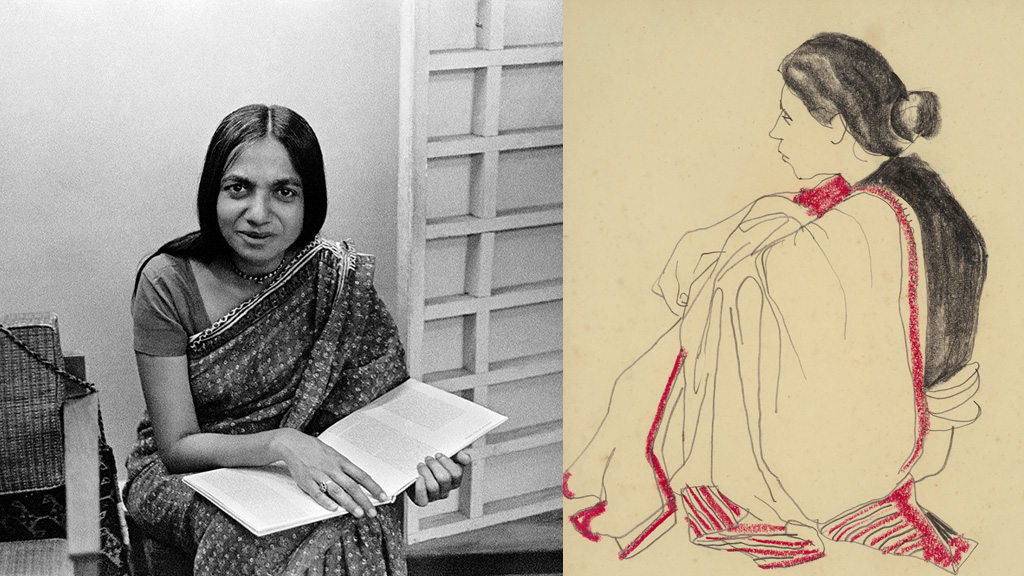 Known as one of the most important modern art exponents, Nasreen Mohammedi is popular for her line-based art drawings. She uses multiple mediums, from sketches to watercolours on canvas, to graphite and pencil drawings. Her grid based drawings and art remain some of the finest abstract arts of today. Her understanding of light and shade, shadows and geometry and shapes is often unmatched. She also began photography where she clicked images of her surroundings. Her photography exhibitions have also been held that include photos of the landscapes around the sea, desert, weaving patterns etc. 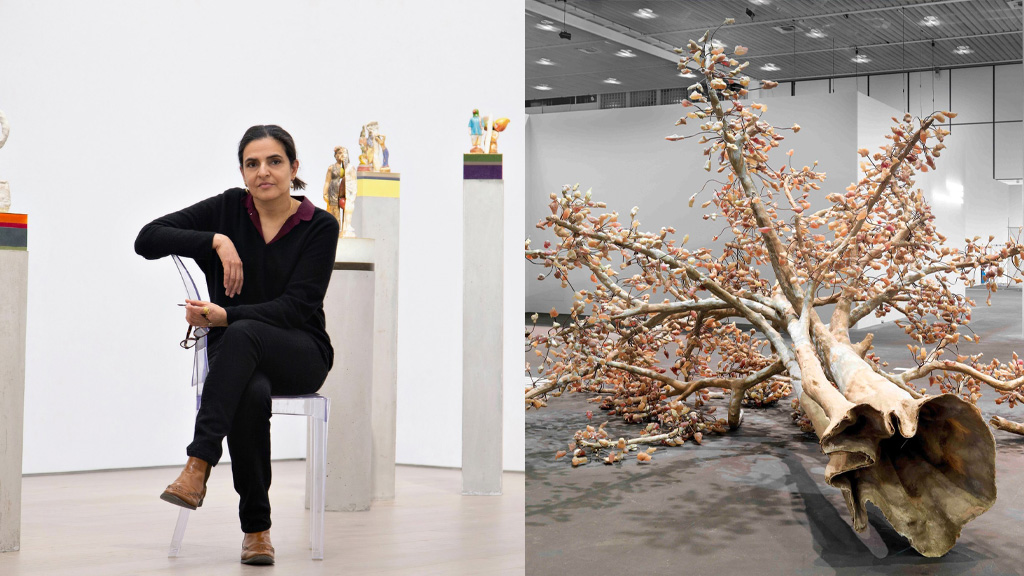 Bharti Kher has worked with paintings, sculpting and installations over the years. Her art speaks of the self in relation to animals and objects.  She is also known for using the bindi, as her signature element in her art, whether it is in paintings or sculptures. Some of her famous works include the series of Six Women, Warrior Series and the Sari portraits. 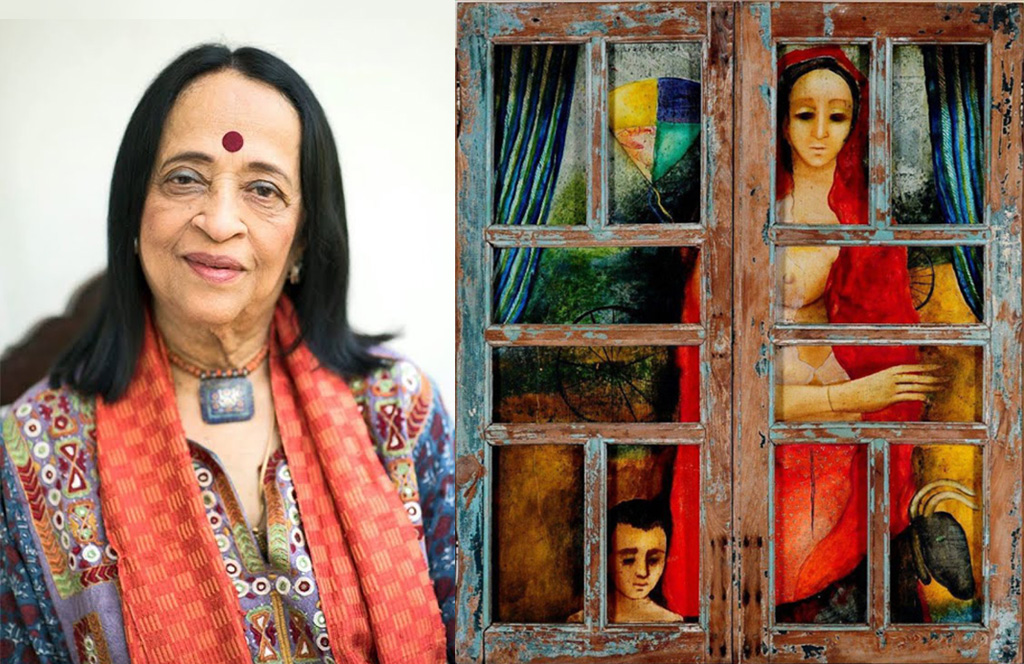 One of the leading contemporary artists of India, her paintings have found place in many museums across the world. She has worked on several mediums, including oil on masonite, computer graphics, Murano glass, water colours and more. She is also a muralist and has many solo, as well as group shows to her credit. Her creations are themed across religious works, nudes, portraits and a style that is reminiscent of the European Renaissance. 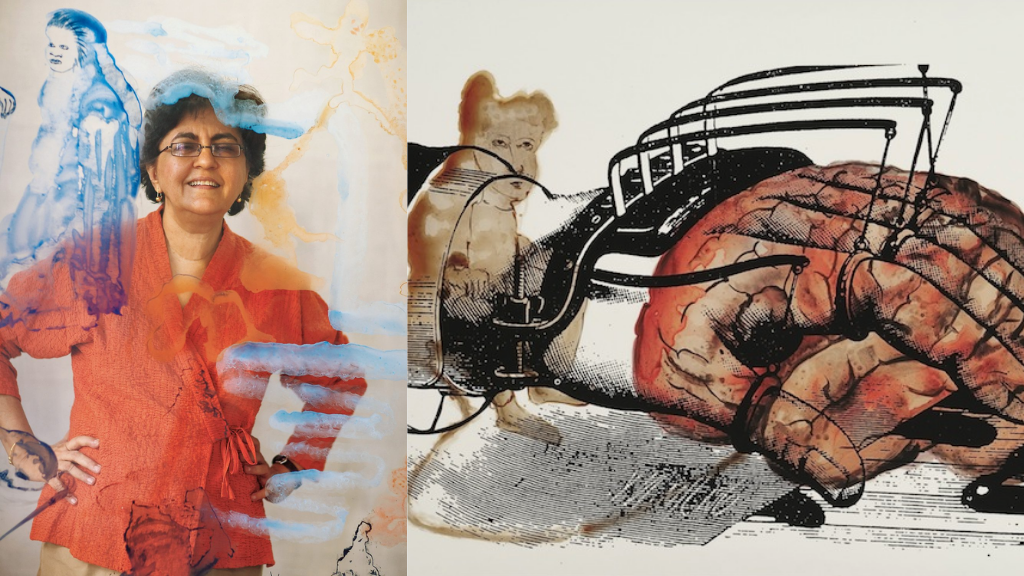 Her paintings are one with strong messages. Nalini Malini paints, draws, creates installations and artistic videos and is also involved in theatre. Her works highlight social and women issues and have a clear message for its viewers. She has also been deeply influenced by the heartaches and turmoil of partition and perhaps her creative works are a reflection of her deep insight. Some of her famous works are Cassandra, Mother India, City of Desires and more. 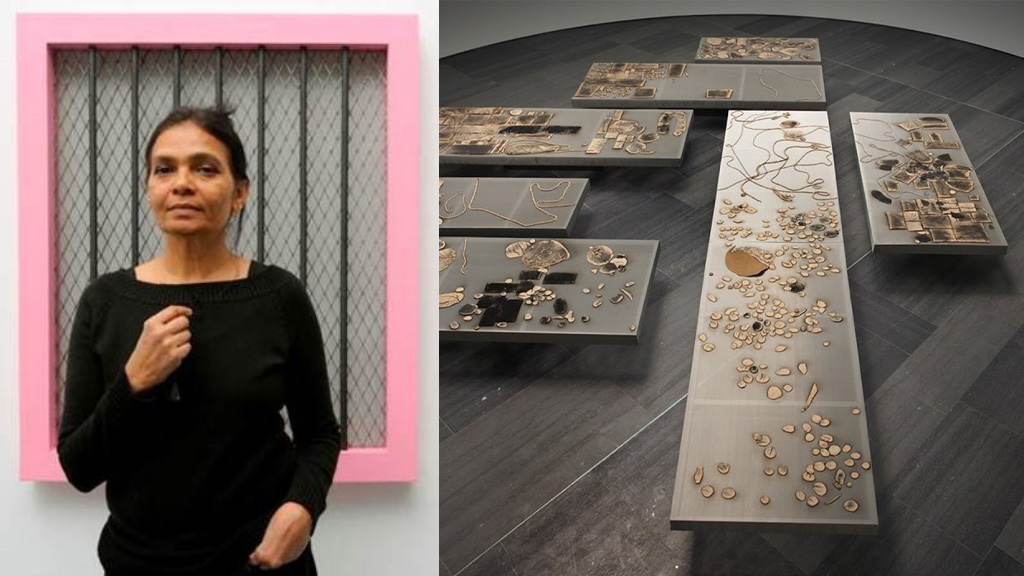 A contemporary female artist, Sheela Gowda is known for her paintings, installations and sculptures. She also uses everyday materials, such as incense, cow dung, human hair or kumkum in her art. Her works often draw a parallel to the labour system and practices and also the way women are treated in society. A heavily process oriented artist her works are border art and crafting techniques. Some of her works include And Tell Him of my Pain that used coiled dyed kumkum thread draped to give a three dimensional effect to her art. 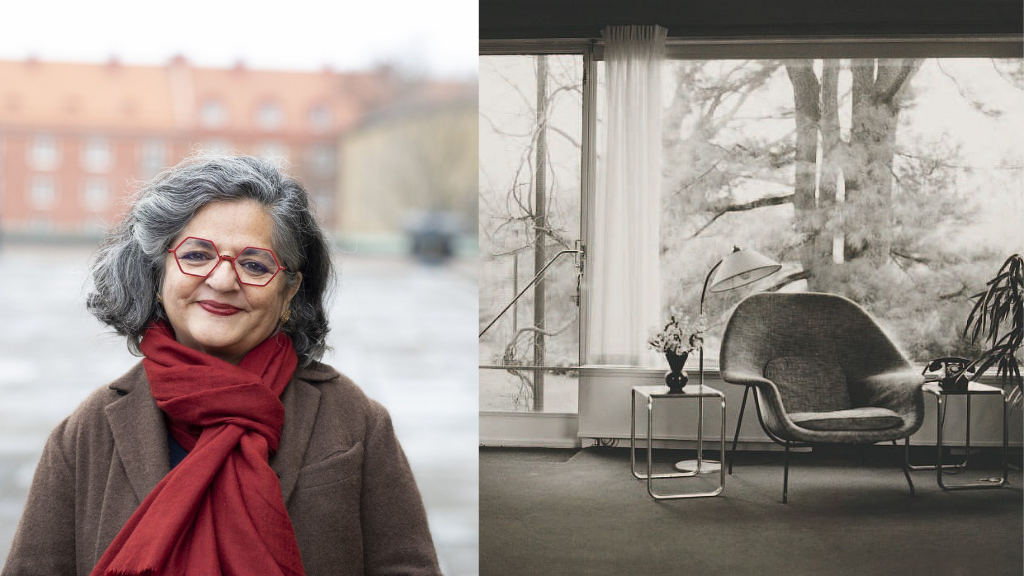 Her strength lies in visual communication through photographic images. Her black and white photographs are a visual treat both in museums and in books. Some of her books include, Zakir Hussain where through photographs she has documented some of the major tours by the tabla maestro. Another of her notable works, include the book Myself Mona Ahmed which is a combination of photographs, biography, facts and fiction, documenting the life of Mona, a eunuch who has been an outcast. Her mobile museum series also helps her to edit, archive, sequence, as well as display her images. 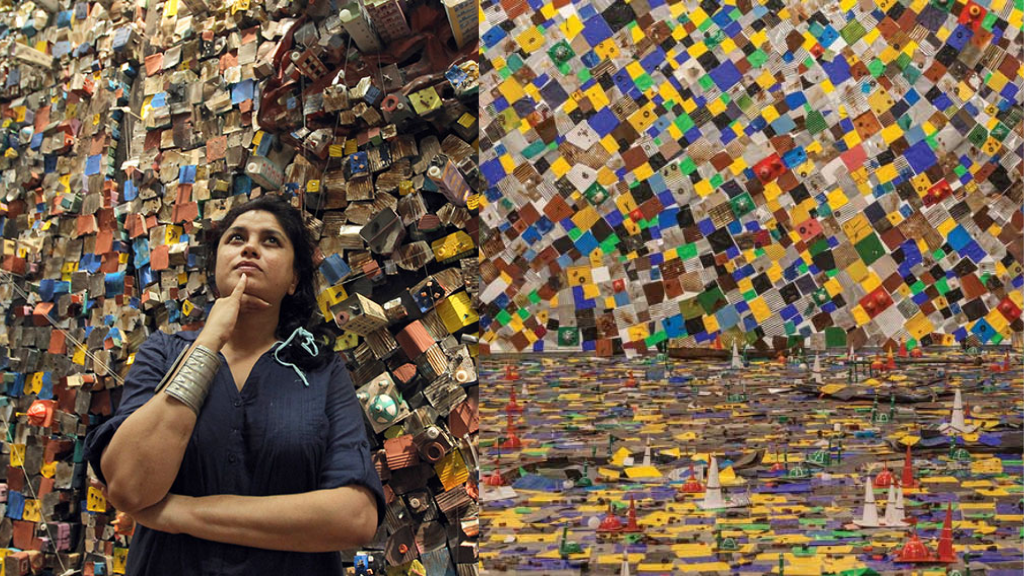 Hema Upadhyay was an artist popular for her art installations and photography. Her work showed sensitivity towards poverty and the human crisis. She incorporated her ideas of migration and social awareness in her works, for example, she sculpted 2000 cockroaches and infested them in her gallery to give an idea of what military invasion and actions might seem like. Her untimely death is viewed as a loss to the artistic world that could have seen more of her innate talent. 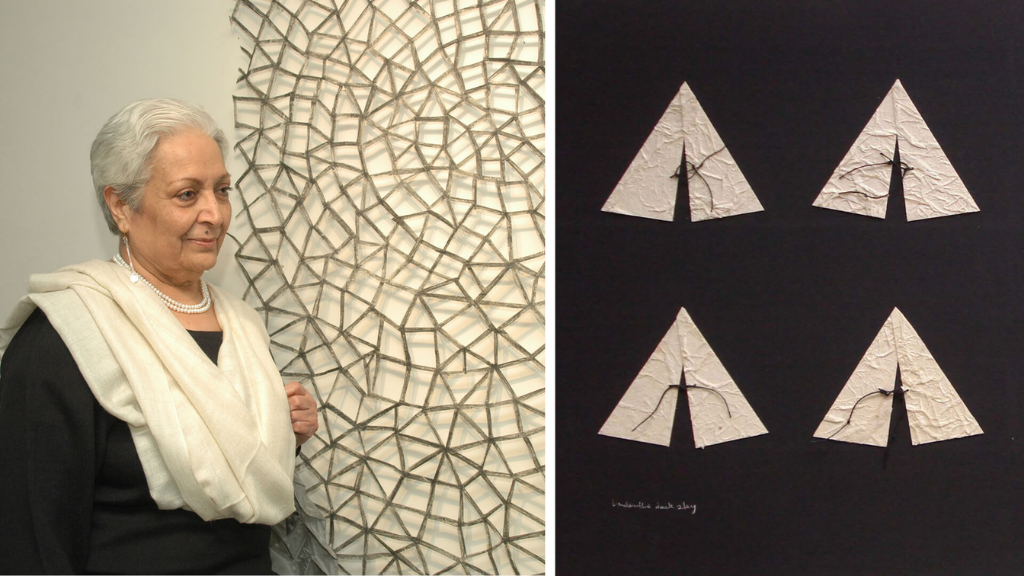 Her artistic repository includes drawings, etching, woodcuts, paper pulp casts and more. Her art is reflective of her idea of home and her works touch upon the fluidity and abstract notions that are not based on physical locations. Her concept of exile, migration and dislocation is also seen in her calligraphic lines and handcrafted arts. Some of her works include Travels with Rani, Dividing Line and more.

There are many other women artists in India, such as Anita Dube, Nilima Sheikh, Pushpamala N, Rina Banerjee and more. There is in fact, not a dearth of female artists who bring in a different perspective and understanding of art from their male counterparts.