Is India Becoming an Intolerant Nation? 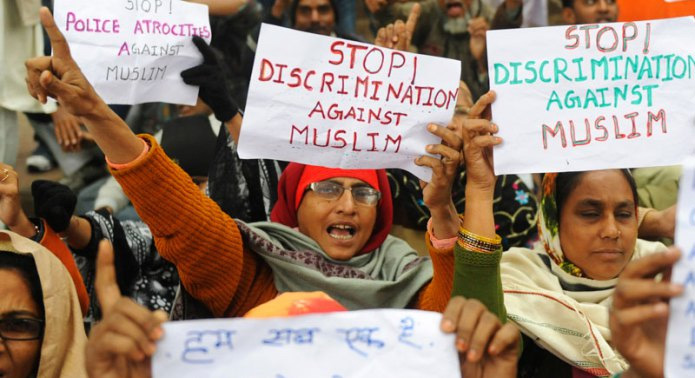 The great Indian media is voraciously celebrating the recent inhumane acts of violence based on caste and religious intolerance, as always by conducting countless debates, features etc. Political leaders are trying to maintain the impartial nature of their political parties. Even the President of the Republic of India, has recently urged the people to refrain from acts of intolerance that malign the tolerant culture of our glorious nation.

The constitutional validity of beef ban or the decision to promulgate laws for protecting the divine bovine can be best left to the nation’s lawmakers. What aggrieves a liberal Indian like me is the level of intolerance that is being exhibited in an unabashed manner across the country.

Religion and caste-based discrimination and quarrels are a reality that we have to acknowledge. They are deeply entwined in the political and social fabric of the nation, and trying to eradicate them will be a utopian attempt.

So, is there no solution to this social evil? The answer is a definite yes. A society with a pluralist outlook is the only solution for this menace. It can be achieved by the active involvement of political, religious and cultural leaders, if they set aside their differences.

Recently, renowned writers have returned their awards as a protest against the silence of the Sahitya Academy over the recent killings of writers like M.M.Kalburgi and the growing tolerance in the nation. And guess what the government did? They came out with a statement that writers are politically motivated.  Where is politics in protesting over the killing of a fellow writer? Why cannot a writer protest when a human being’s life becomes less worthy than that of a cow?

Apart from intolerance towards Indian citizens, cases are being reported about acts of prejudice towards foreign nationals by people who think they are the sole spokesmen of Indian patriotism. The recent protests by Shiv Sena activists against Pakistani Cricket Board and Pakistani artistes show the intolerance we Indians display.

Our customs and beliefs should be confined to our individual sphere. When someone breaks this confinement and tries to enforce their beliefs in a fascist method, then our Nation starts to lose its plural character.

In order to restore this pluralist character, there should be a coordinated and aggressive push towards the education and dissemination of liberal ideals among the common people. The government, political parties, cultural and non-governmental organizations, religious leaders should lead a crusade against intolerance and start taking aggressive measures to mould the minds of at least the budding generations.

The left wing plays a crucial role in this process and it should take the major chunk of the responsibility to bring about social reforms. It is then that we can truly carry out the wishes of our nation’s forefathers.