“90% of Indians are idiots!” – This statement may shock you, but it was actually said by the ex-Chairperson of Press Council of India, Justice Markandey Katju, in a seminar in 2012. He went on to say that a riot could be instigated in India for a measly sum of Rs. 2,000. All one had to do was to go to a place of worship from any religion and show some disrespect. I agree. It is futile to deny these allegations. I have seen it myself. Everyone is ready to fight and die in the name of religion.

Let us take the example of a recent incident: The Muzaffarnagar riots in Uttar Pradesh in 2013. It all started with a few Muslim boys eve-teasing a Hindu girl on the roads of a small village named, Kawal. The girl’s family members went in search of those boys and killed one of them. In turn, Muslim neighbours caught hold on the family members and lynched them. News of these killings spread and soon the members of both communities began attacking each other.

Adding fuel to fire, some political leaders gave inflammatory speeches. End result? Hundreds of lives lost across the Muzaffarnagar district. Hundreds of people lost their homes. There was widespread civil unrest in the region. What good did it bring? Did it avenge the girl that had been harassed? Did it avenge the death of those Muslim boys? While we call ourselves the people of an emerging superpower, are we actually so naïve that we still believe in implementing the system of ‘might is right’?

The British ruled the Indian subcontinent for over 200 years. British soldiers were few and we were many. Frankly speaking, the British didn’t stand a chance against us. But we remained exploited since we were divided. It was as if we served the country on a platter to the British Empire. If only social evils like our caste system and the hatred of religion didn’t exist, maybe we would have stood a chance against them. Maybe we wouldn’t have had to trouble Gandhiji to abandon his career as a lawyer and help our country. But no, Hindu princely rulers feared that their provinces might be taken over by rulers of other sects. So everyone ended up handing over their provinces to the British Empire rather than keeping faith in their countrymen.

It is this religious fanaticism that has broken our country apart and ever since, the same cancer continues to ravage us. The only difference being, the British were outsiders; but today, our own politicians instigate us to kill each other. We need to open our eyes and realize that there is a political agenda behind all this.

Let’s have a look at some older riots, starting with the Babri Masjid riots in early 1990s. Many of the current BJP government members have been allegedly involved in the demolition of the Masjid. Later we witnessed the Godhra riots in 2002. Our very own Prime Minister was allegedly accused of being involved in it. Although, he has been given a clean chit by the judicial enquiry investigating the case, many of his associates are still being investigated. Then the Muzaffarnagar riots. Prominent rural leaders prominent nationwide parties were arrested after a video recording of the Mahapanchayat came up, where Hindu leaders gave inflammatory speeches. 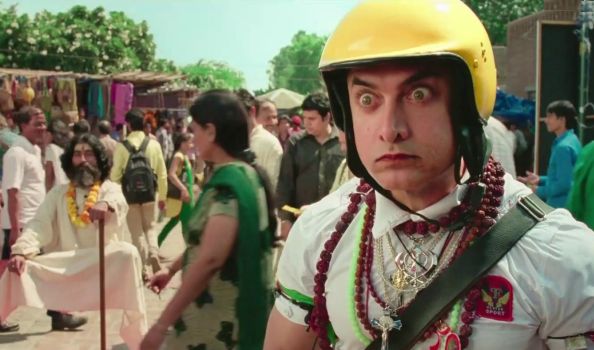 While these are all ghosts of the past, let’s focus on something very recent. The PK movie issue. Many religious organizations are pressuring to ban the movie show in theatres, because they believe it hurts their religious sentiments. What they do not realize was the purpose was exactly the opposite. The movie actually wanted to highlight the blind faith we put in religion. Instead, the religious organizations chose to interpret it as a blow on religion as a while. We deliberately choose to be idiots and then act offended if someone makes fun of our orthodoxy and blind faith. We really need to move past these petty issues and try to understand the real message that piece of art is trying to convey us.

Before taking an action, let’s ask ourselves: is it worth taking a life over this? There is a branch of law called ‘Torts’. If we want to take any action against people disrespecting a religion, why not sue them under Torts? Why kill? Why take an innocent life? We need to wake up and see the bigger picture. Most importantly, we need to stop and repent on our actions. May the One God that we all believe in, be with the families of all those souls, innocent or not, lost in communal riots. May that One God never forgive of people who incite such actions among us!