Do we learn from mistakes? 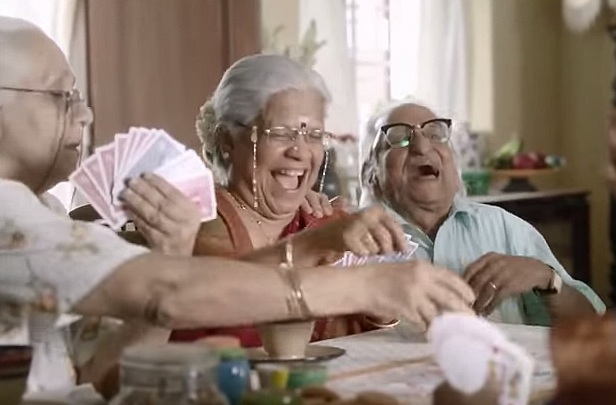 Recently, a pleasant TV commercial of Federal Bank caught my attention. This ad portrays the importance of having a correct partner by saying that “if partner is right, life become joyful”. A cheerful old man who admits that just to give company to his laughing wife, he laughs loudly every time his wife cracks the old Santa Banta joke, which she keeps repeating very often in front of her friends.

What appealed to me more than the ad itself or the bank’s assertion that a correct partner makes life joyful was the Santa’s joke. The joke goes like this – “After seeing a banana peel on road, Santa says ‘Oh… Now I have to fall down again!” Good one, but try to find what is funny about it. The elements of humour here is that Santa is so dim that he lacks the basic human ability to learn from experience or mistakes. He remains ignorant of choosing the obvious option, i.e. not doing the same mistake again.

While we have a laugh at it, all of us have the same two elements in our actions and behaviour in personal and professional life like Santa. Give it a deep thought and to your surprise you will find it true. We keep repeating almost the same mistakes again and again. Leave aside the question of wisdom of learning from others’ mistakes; if that would have been possible then graphic videos of accidents caused due to traffic rule violations would have turned us into staunch abiders of traffic rules. The point here is how many times in life after facing the consequences of our own mistake we come out enriched with the learning of not repeating that mistake again…

Does an accident or a near miss on road due to our rash driving persuade us become sensible drivers for rest of our life? The answer is No. Media reports indicate the infamous Hollywood actor Paul Walker had five speeding tickets in three years before losing his life in a recent car accident and investigations revealed the cause of accident was again, speed!

Leading Indian businessman Phaneesh Murthy was fired from the post of Director in Infosys in 2002 and again in 2013, the board of iGate sacked him from the post of President & CEO. On both occasions, the reason was illicit relationship with his subordinate with accusation of sexual harassment. Take your own daily life, how many times your negligence or carelessness has aggravated a preventable and self-manageable health condition into a serious health issue necessitating medical intervention? Answer will not be one! Similarly, after losing out the last promotion to nearest competitor in office solely due to the habit of arriving office conspicuously late, does one change his/her routine and starts being punctual?

Examples are umpteen. A friend of mine runs out of fuel on road very often and he ends up pushing his bike sweating all the way to the nearest petrol pump. One fractured hand and six stitches on the forehead are not enough to stop my cousin from riding bike after drinking. Yes, merely experiencing the serious repercussions of our mistakes does not make us wiser; we have to keep imprinting that learning into our conscious mind for that. It is these accumulated learnings over the years that turn us into a wise, mature and enlightened person, who is less prone to make mistakes.

To err is human, but every mistake teaches us something and provides an opportunity to improve ourselves, so that we can be careful enough to avoid doing the same mistake in the future. Whether we utilize this opportunity to learn from mistakes or not lies in our hand. Next time, when you will see this TV ad again, the Santa joke will not sound funny but satirical unless you begin making an effort to learn from your own mistakes unlike Santa!