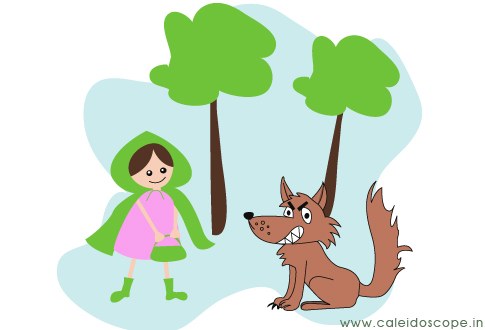 Invigorating our lives with their depth and infiltering our thoughts and feelings with their encoded, allusive messages, some fables become legendary.

“The Little Red Riding Hood” is one such fable. The strong fabric of this story is its interminable moral message of inner strength, which underlies layers of mesh-like innocence and naivety. Sometimes age is no bar to courage, and within the simple are intertwined strands of wisdom. Several versions of this fable have been created and persist in riveting our attention to it. Here is my version:

Once upon a time, in a deep forest, lived a girl named “Little Green Riding Hood”. Her mother and her twin sister Red lived in a parallel world, far away.One evening, on the way through the forest to visit her grandmother, a big bad wolf accosted Green. The wolf told her to eat the box of chocolates she was carrying and litter the forest with wrappers, saw-down trees, and then go deer-hunting with him! 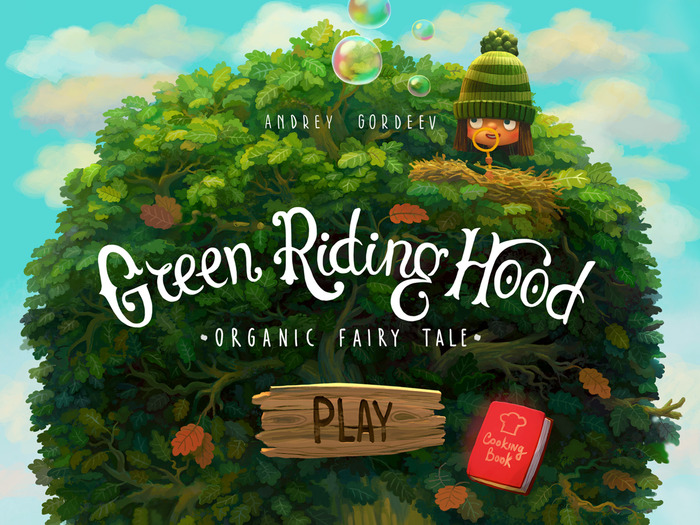 So, Green Riding Hood turned away from the wolf and sprinted to her grandmother’s house. Fortunately, on the way she met a wolf-hunter. Green told him about the terrible nature-hating wolf. The wolf-hunter was no ordinary man; he was the keeper of the forest and a sorcerer too. He quickly caught the wolf and turned him into a fern. The wolf-hunter was so pleased with Green Riding Hood’s courage that he teleported Green and her grandmother to her mother and Red in the parallel world.

Today, Green and Red are much older and have a forest of their own. Recently, I was thrilled to know that someone has created an iPad app for building awareness on Yoga and organic way of living!