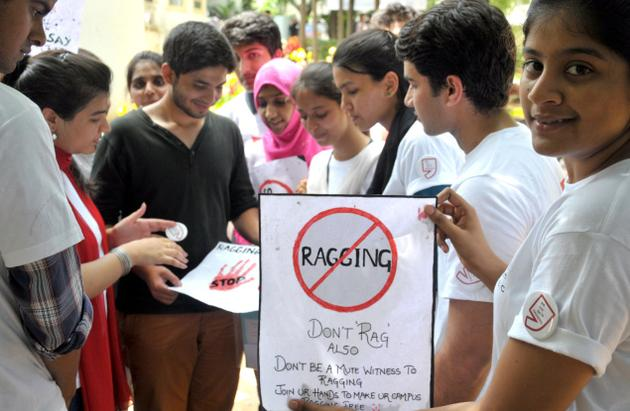 The recent suicide of SAI’s athlete following alleged harassment by seniors once again ignited the big debate of ragging in educational institutes. Even though a number of laws have been formed by the government and the respective institute, we haven’t been able to put a full stop to it.

It’s a big question as to why students get involved into activities like ragging despite heavy punishments and penalties being imposed when found guilty. What drives them so much to jeopardize their career and life?

Ragging is a conduct which can be understood only at an elemental level. It’s an intrinsic characteristic of the institute body. As an individual, I’ve always hated ragging. When I joined the college, I loathed the whole concept of being subjugated by a bunch of guys who joined the same place just a few years before and call themselves “SENIORS”.

I spent almost the whole first year under the so-called Recreation known as ‘Ragging’. But surprisingly, when I look back at it today, I enjoyed it although I have to accept that there were times I despised it. Like everything else in life, ragging also has its pros and cons, and I was fortunate enough to incur more of the former ones in my experience. The problem lies in the fact that whenever we use the word ragging, we are highly cynical, prejudicial and negative about it. In the light of the gruesome and unfortunate incidents that frequently take place, ragging has thrust itself into darkness.

The literal meaning of the word Ragging is ‘teasing’. Many students like me went through some harmless teasing. Somewhere in all those hilarious sessions when we danced, or debated on a topic given by seniors, I learnt how to up to the world, or face a large audience staring at me. During the ragging sessions, seniors made sure we expressed ourselves. You could be asked to dance on a random song in front of a large audience or you could be asked to act according to some given situation; of course, there were debates, singing competitions and poetic sessions too.

One of my roommates in junior year was from a village in Bihar. Initially, he was a very simple and shy guy who couldn’t express himself in front of others. But after all those sessions, he gradually evolved into a vivacious personality. Today, he is one of the most creative personalities of our college. Apart from these things, ragging made us think fast and answer smart. It also helped us a great deal in our placements and scholarship interviews, not to forget interacting with the female companions.

The most significant and beautiful gifts of ragging are the strong bonds formed with your seniors that last for life. It brings out vulnerability which in turn brings closeness. Your senior turns into big brother who pampers you always. Whenever you go to a new place, he/she wiill be the first person you will call for help, because of the closeness you developed during the ragging sessions. The relationship you create here is not bound by the society or genes but by the strong connection of our hearts. This beautiful bonding is only possible when you have a healthy interaction with your senior. This is what the ragging should be all about.

But when someone tries to take advantage of this and torments the junior by physically or mentally abusing him, it must be punishable by law. It’s a crime to force someone into doing something which he’s not comfortable with, be it a girl or boy.  Unfortunately, our selfishness and desire for sadistic pleasure has turned this healthy interaction into cruel exploitation.

There is actually no method to stop this cruel exploitation and promote the healthy interaction at the same time. Only human conscience can draw a line between the two. The method used by institutes where the juniors are not even allowed to mix with the seniors is purely an abstinence. It might ensure that there will be no exploitation of juniors, but also that there will be no future bonding. If we remember that Ragging is just ‘harmless teasing’ and not ‘torture’, juniors could still make strong friendship with the seniors without any hesitation.

Now, I am in the last days of my college life. I have a lot of friends who pull my leg every time they see me with a girl, rush to my room on my birthday or celebrate a placement; and majority of them are my juniors. I’ve never ragged anyone in my three year tenure as a senior, but healthy interactions were developed. I did see my contemporaries exploiting their juniors, and intervened wherever I could. But once they became seniors, I saw them exploiting their juniors too. Somewhere down the line, this unethical cycle needs to be stopped, and the true meaning and the higher goal of ragging, i.e. bonding with no strings of selfishness needs to be realized and followed. Only then, a better world for students can exist.