The Culture of Sheepleocracy in India 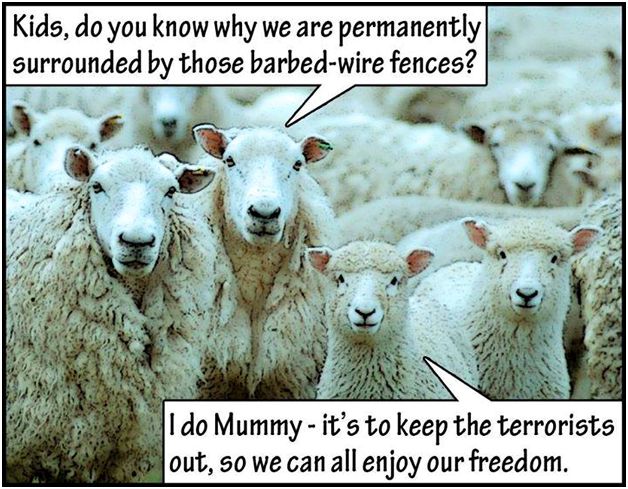 India has completed 65 years as the world’s largest democracy. Right now, we are undergoing the 16th General Elections that are the largest and most elaborate in the world. And yet, our democracy is quite immature where the masses are unwilling to take a larger role in decision making, leading to a sheepleocratic Indian society. Indian voters can be considered ‘Sheeple’ (‘sheep’ and ‘people’), a term created to highlight the herd mentality of people and “Sheepleocracy” is a known socio-political culture where the hallucinated Indian mass society behaves in a sheepish manner. The democratic culture of sheepleocracy is more perilous than the law of the jungles, and I assert so because this society is pro-WE. This WE-ism legitimises the infringement of ME-ism, and therefore I believe I am morally right to notify this vileness to your notice.

Moreover, this empiricistic culture has also systematically undermined the potency of rationalism and praxeology. The socio-psychological behaviour of many informative Indians are driven by the animal spirit of the empiricism philosophy. Despite of the drowning of information, ignorance is a rational choice that many people are still vociferously making.

The result: Imposed order transcends over Spontaneous order. Overall speaking, thorough generalized perspective, the tabula rasa is no where to attain the podium because the sheeples are not able to think beyond mainstream models to uplift the consciousness of all. To talk of alternate socioeconomic models, in India, is like administering medicine to a dead person. I am not defaming any unit, but essaying out openly because I have realized the real lies with my real eyes. This real lie is ‘collectivism’, but unfortunately many are ever-ready to condemn my hypotheses without giving any second thought to their own premises because they are inured to believe that “who will build roads without the government?” 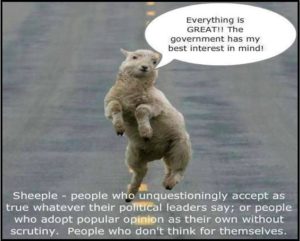 These levels of sheepleocracy is lynching as well as discouraging many rational egoists to come forward and take the helm to liberate India. Everyone, as far as I know, sweetly talk about justice, equality, welfare but not many understand the philosophy behind it. Now, let me pose a simple question to all the sheeples out there: “Is it natural justice when 80% of the people take away the natural rights of 20% people through tyrannical modes?”

“If the natural tendencies of mankind are so bad that it is not safe to permit people to be free, how is it that the tendencies of these organizers are always good? Do not the legislators and their appointed agents also belong to the human race? Or do they believe that they themselves are made of a finer clay than the rest of mankind?”

To believe that Indian government/society can splendidly administer the culture of democracy is like seeing fire creating the furniture. As long as the so-called culturalists drift away from the praxeology of individualism, the more it will condemn those who valiantly stand for critical consciousness. I am stringently essaying out all these new fancy terms because I am attempting to set man free from men. I have no such special deontology to do so but there is nothing wrong to revive epistemology against the ontologists who have no idea of what they are doing to many methodologies. 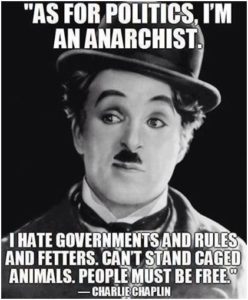 As long as the mass society condemns the critical consciousness of any Indian, the more it will abhor the culture of those who valiantly transform the complex lies into simple truth. It is better to slap the Indian society with truth than kiss it with lies. Truth is a maxim and through the methodology of rational thinking one can develop itself without any masquerading collective assistance. Collectivism is actually responsible for the sheeplocratic culture in India. It starts at home, processes through school, facilitates via society and demises at home. Here, you are a mean and not an end. One cannot expect a man to be an end in itself, in the ambiance of sheepleocracy.

Now, just look at this common culture around you from your sceptical eyes, I bet you that you will experience a different thought and that is because my essay is attempting you to think against conformity. Remember that only dead fishes flow with the river stream, whereas awakened ones create their own new culture. To generate a fresh new culture requires development of original thoughts. One cannot solve the problem with the same consciousness that created it. I am not a Marxist to tell you that “let us blame the structural consciousness… blah blah blah”. I am just a spiritual being with human experience.

Start reading Ayn Rand’s Anthem, George Orwell’s 1984, Ludwig von Mises’s Human Action and Murray Rothbard’s The Ethics of Liberty to comprehend of what all complex ideas I have proposed here.

About the Author –
I am an Assistant Professor based in Mumbai. I teach politics, economics, journalism and business management. I am also a Senior Fellow at Indian Libertarians.org. I am just 24yr old and I love to make people think. I like to overthink and discourse with intelligent individuals (not educated people).