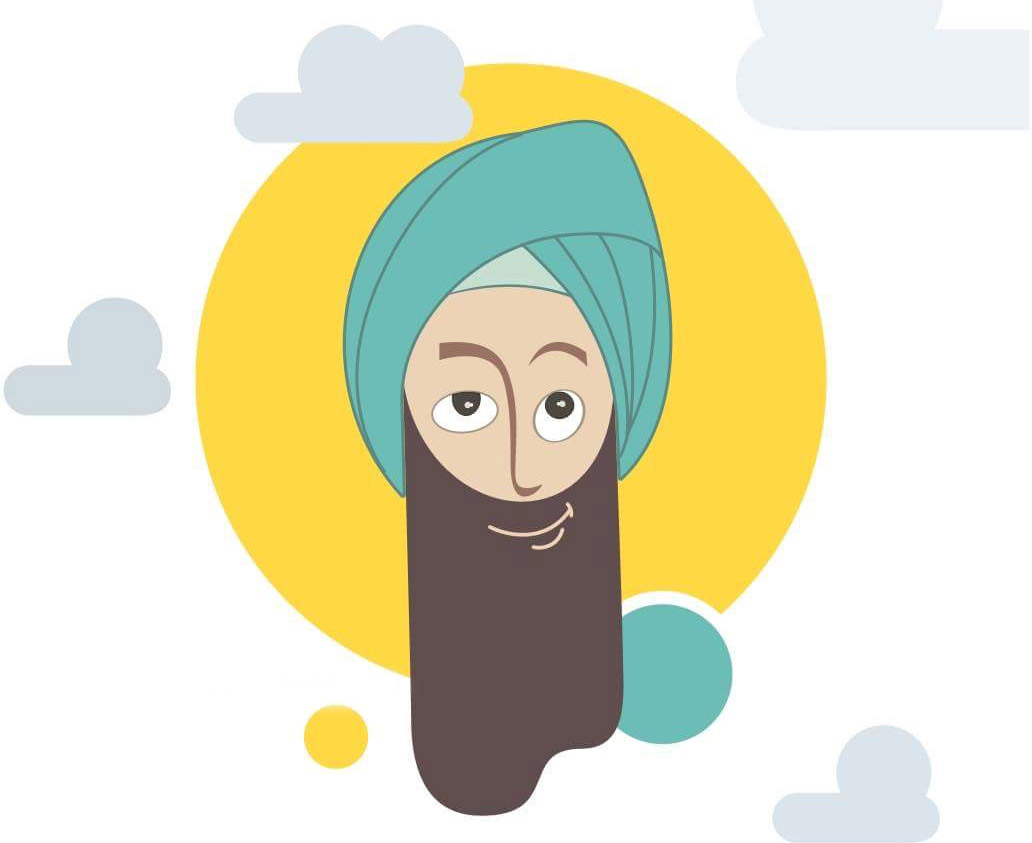 Indian comic strips artists are one of a kind because not only are their portrayals highly relatable, there is also a characteristically indigenous touch to their creations. One such artist is Dashmeet Singh from Delhi, who considers it his aim through art to capture and keep alive the spirit and innocence of childhood through his works. The montages he creates all focus on typically Indian experiences of childhood which are shared by all, regardless of which part of the country one belongs to. 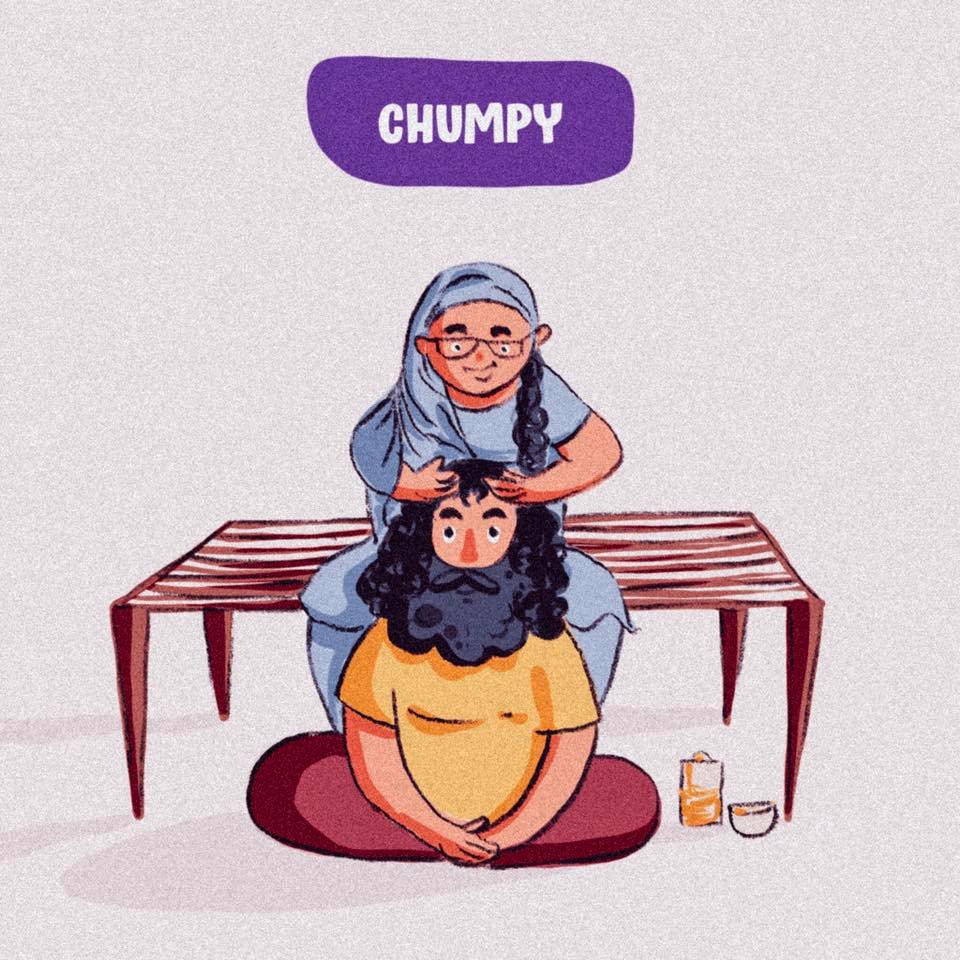 One of his most well known works feature depictions of a child bonding with her grandmother as she massages oil into the child’s hair – an event that is albeit unremarkable in itself but recognizable by all because of its commonness. Dashmeet Singh holds on to his Sikh background proudly and his heritage is reflected in all his comic strips. He has an entire range of artwork based on his memories of a traditional Punjabi upbringing, such as scenes of children playing with adults to a popular folk rhyme – which was a popular scene for him in his years of growing up. There is something undoubtedly warm and homely in the themes chosen by Singh. 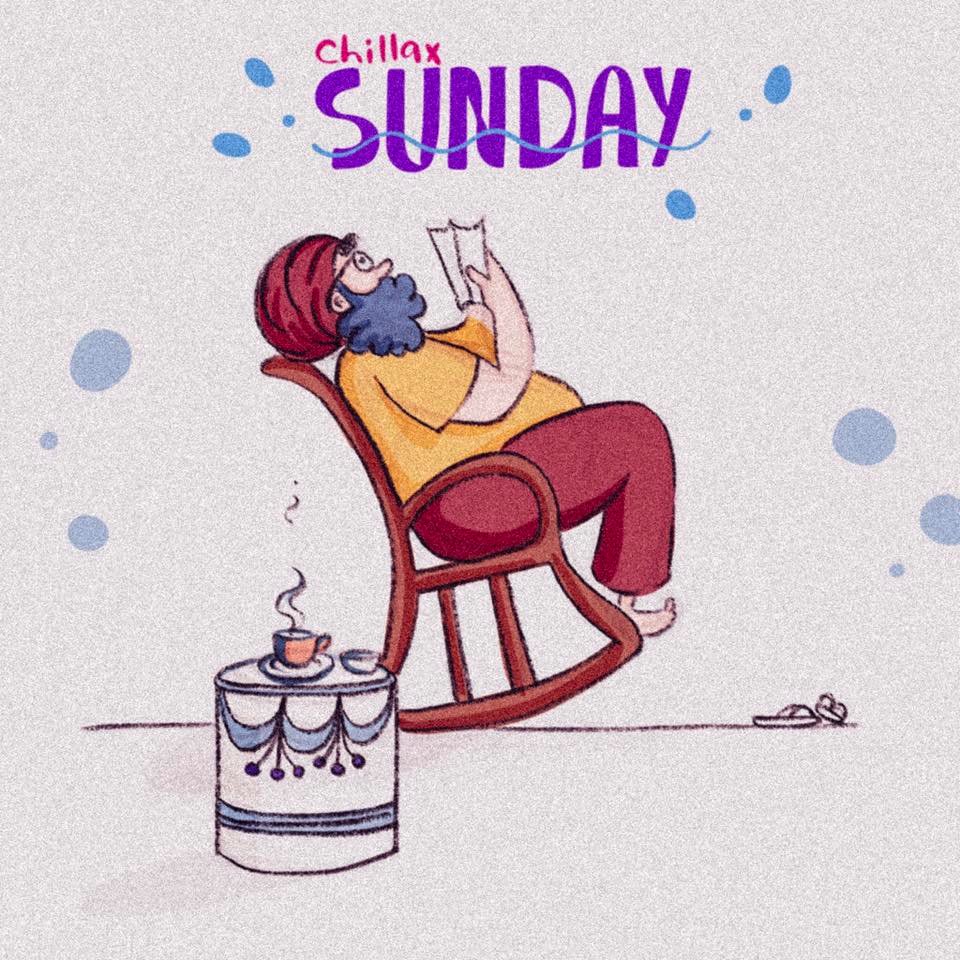 Dashmeet Singh rose to fame as an Instagram artist, but his keen eye for paintings and other artworks developed in his adolescent years. He has previously credited artist Sharandeep Singh on Facebook (page name – Sharan Art) for his discovery of his love of the simplicity with which one can express their thoughts and emotions into art. His second stage in development as an artist is owed largely to his mother, for her interest in fine art which she passed on to him, and YouTube tutorials on artworks which he watched whenever he had a break. 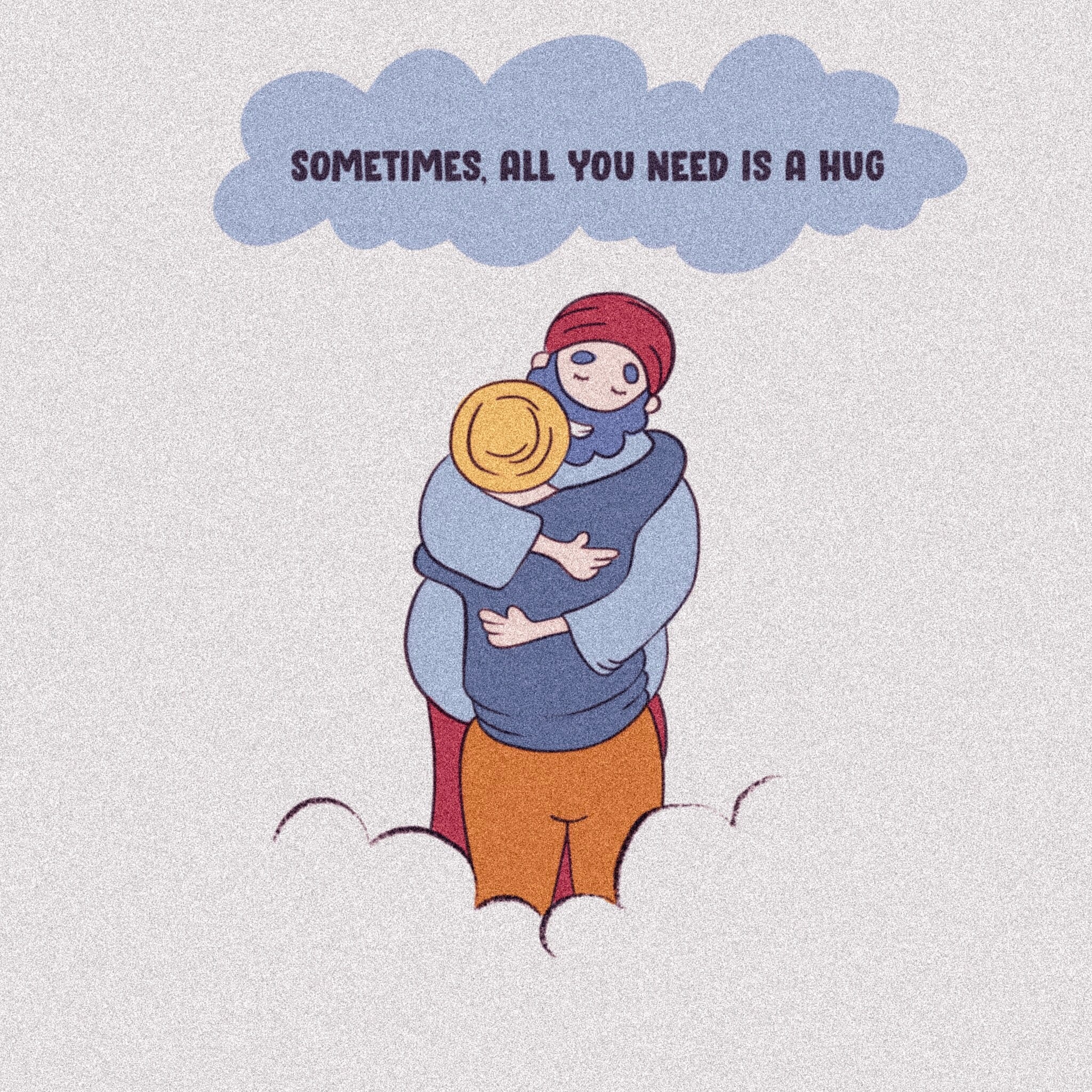 At the very outset Singh was certain he wanted to paint scenes depicting the rhythms of daily life, to make certain monotonous and commonplace experiences stand out by highlighting their beauty. Having been a student of medicine at the time, Dashmeet Singh was not able to practice for hours to attain finesse in his works as one might expect. Interestingly, his career as an artist had begun with quick doodles and rough sketches on his notepad, and portraits of common people and their movements that he encountered regularly while commuting on the metro.

Singh became resolute in his decision to create scripts on everyday life through his encounter with the works of artist Alicia Souza on Instagram. The mode of daily comics featuring regular life suited him perfectly because it enabled him to reach out to a much larger audience while remaining completely impersonal about the details of his own life. Hence, although the character that figures most regularly in his artworks is his own self, 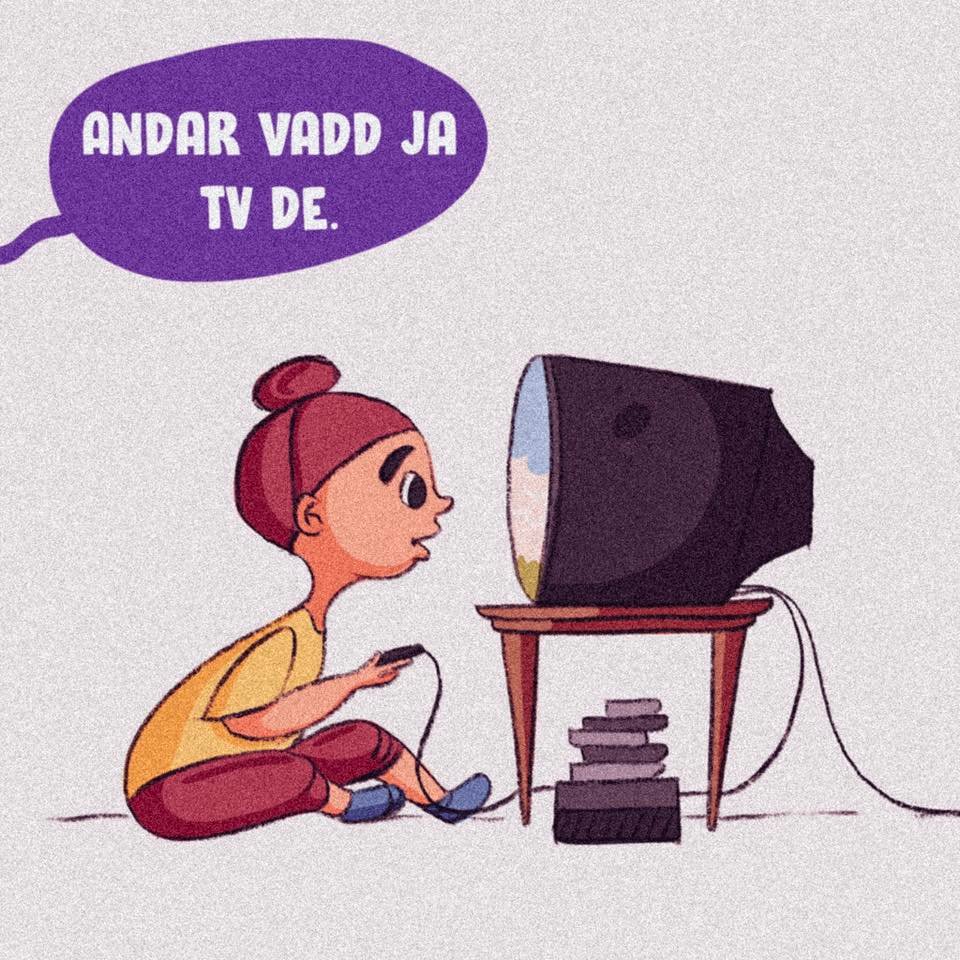 Singh takes care to not single out any specific experiences to highlight and chooses only those which are relatable and appealing to the masses. From the outset his vision had been to reach out especially to members of the Sikh community, of whom he knew that there was no one to document common experiences and aid in the fostering of a communal spirit. This gives him the determination to immortalize more and more instances of regular life through his work in order to create a montage on life as an Indian in the cultural context of Sikhs. 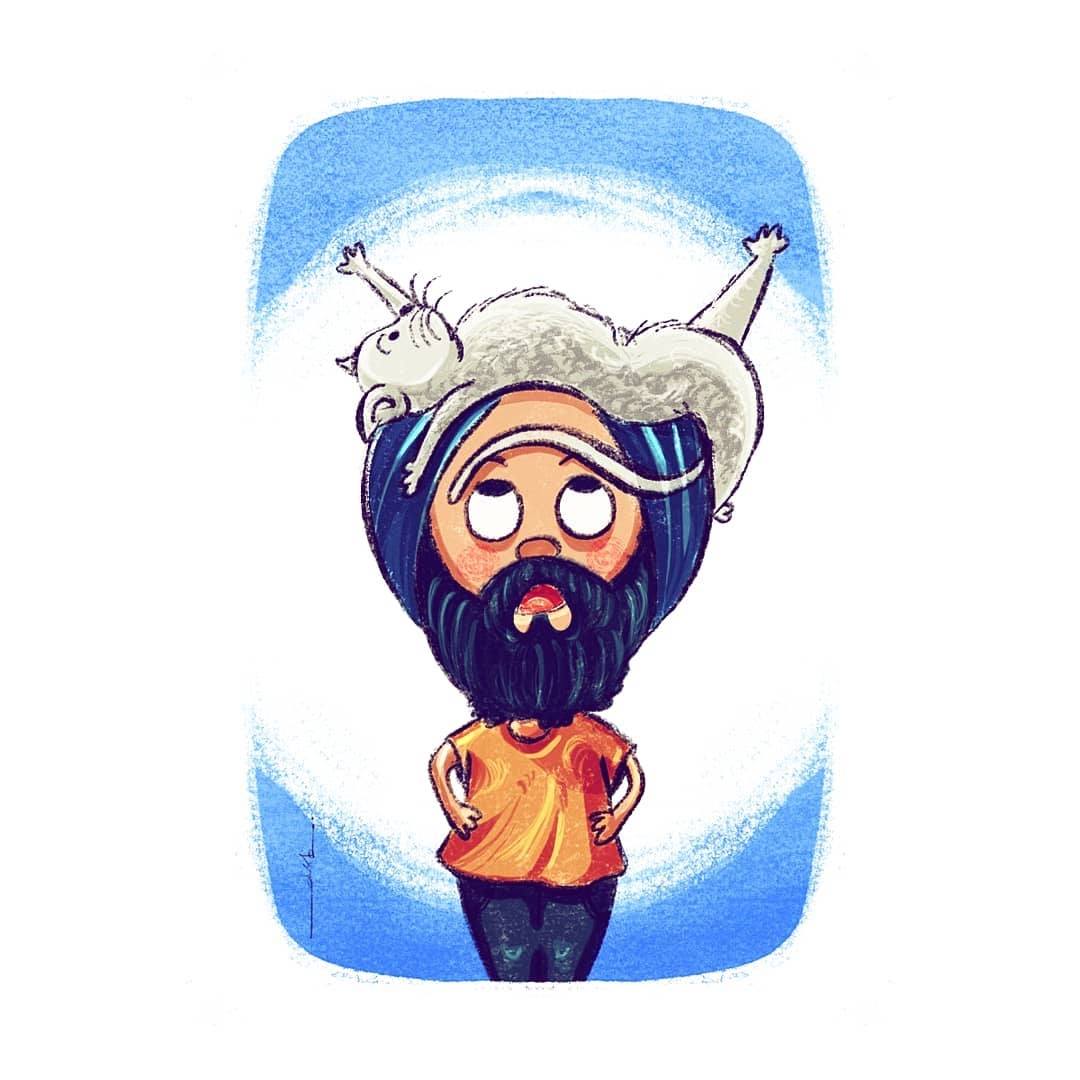 However, this is not to say that his works are all cut and dry and steeped in realism. Imagination plays a vital role in his artworks to make the ordinary life events appear significant, and to capture the sense of belonging, inclusivity, love, and the values of typical Indian families.

His creations are not limited to life in an Indian society, but include humorous and satirical pieces, moralistic reflections, or simply casual comic strips on inanimate objects and occasional caricature figures. The largest exhibition of his works may be found online, and he has also participated in several prominent art festivals and viewings across the country. His artworks may be found in stores across cities like Delhi or Kolkata, and some of his choicest works are also available online for purchase.

Journeys of Clay and Fire, A Collective at the British Council